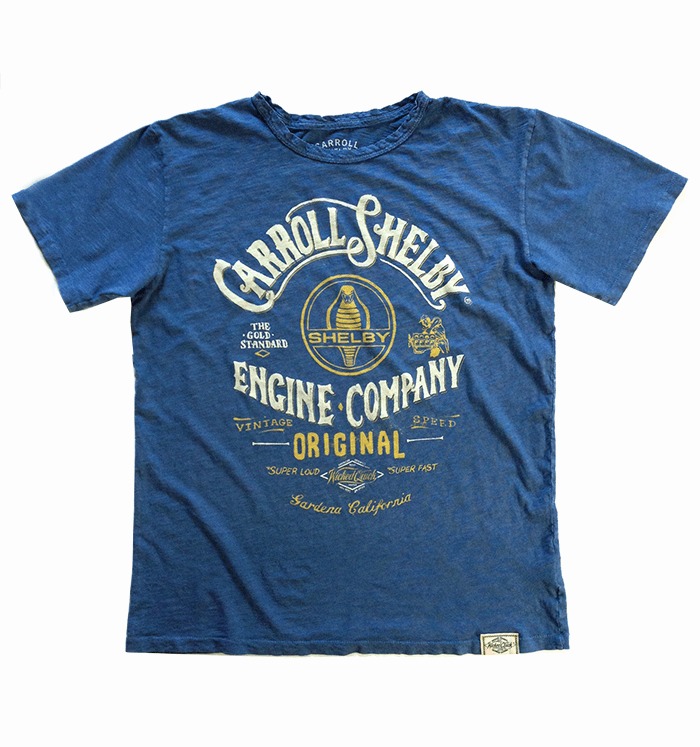 This classic Carroll Shelby tee by Wicked Quick is 100% designed and made in the USA, each one is printed on US Slub Cotton (that’s a lightweight, summer friendly type of cotton). The logo design is reminiscent of late 19th century graphic design, which we love, and the light colours and materials make it a perfect Saturday t-shirt for the summer months.

If you like to support local American industry and you have a penchant for vintage motoring, this could be your new lucky shirt.