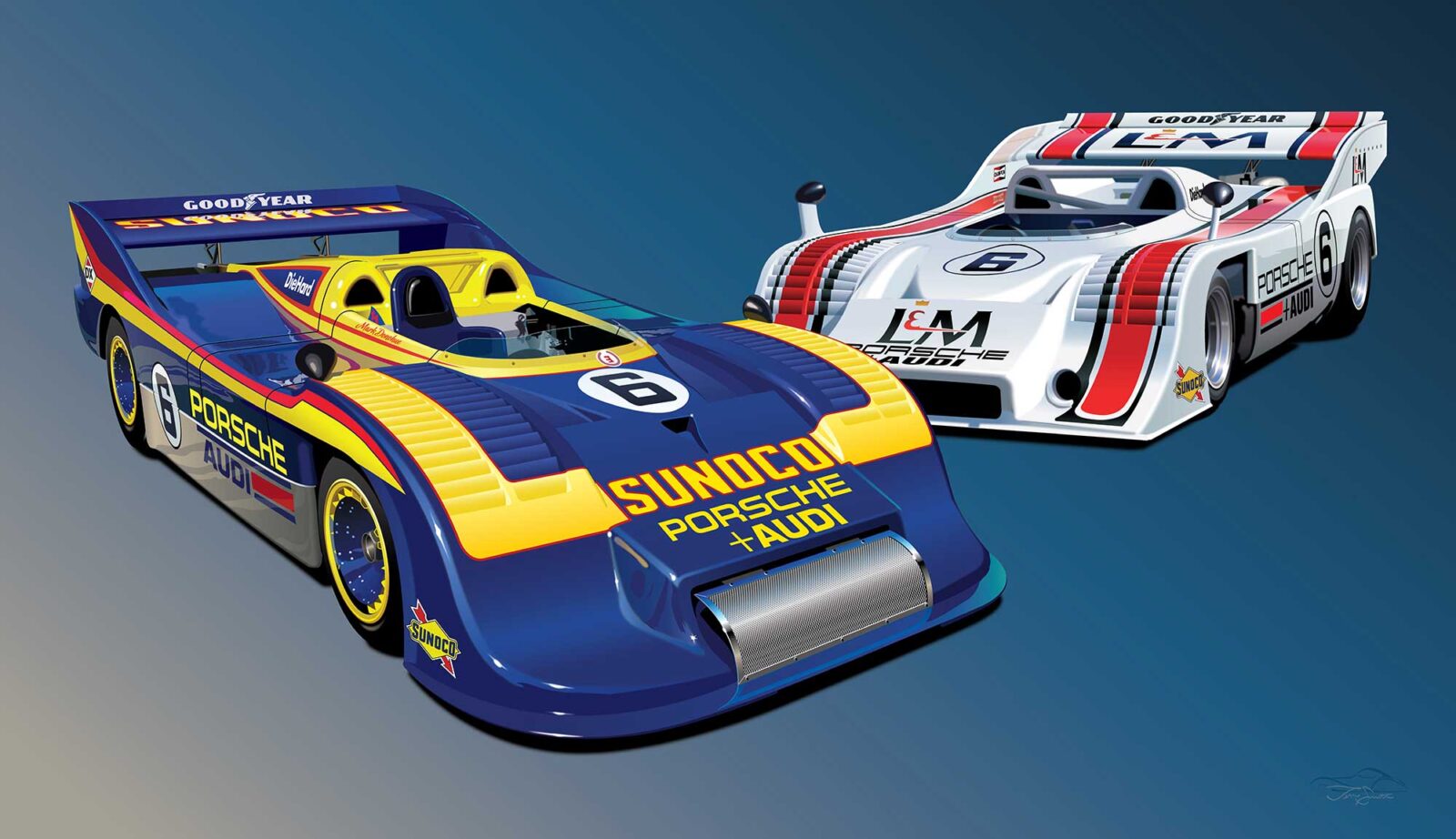 This print has the unique distinction of being created by the same man who designed the liveries on the cars – Terry Smith. Terry designed the original L&M and Sunoco liveries for Team Penske Can-Am Porsches, both of which are now legendary in racing circles and remembered along with other iconic liveries – like those of Gulf and Martini.

This print is available in sizes from mini right the way through to extra large – the latter of which measures in at a hefty 58.7 inches by 35.4 inches. Each is a gallery quality Giclée print on 310 gsm natural white, ultra smooth, 100% cellulose acid-free free paper combined with advanced digital dry ink printing. 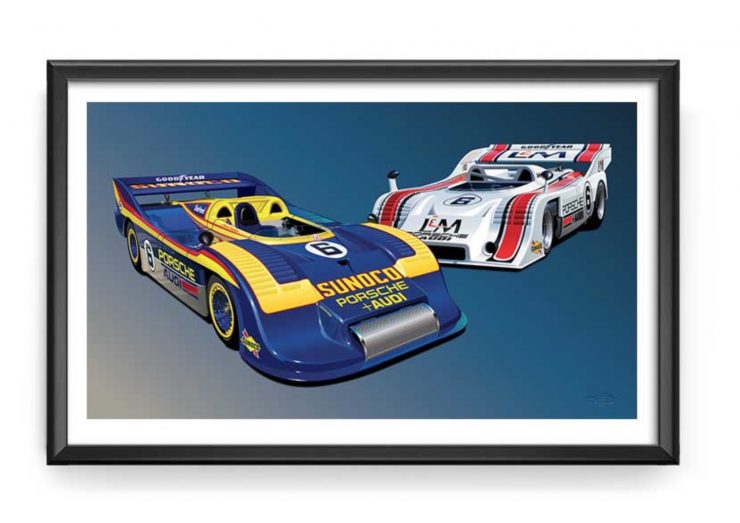