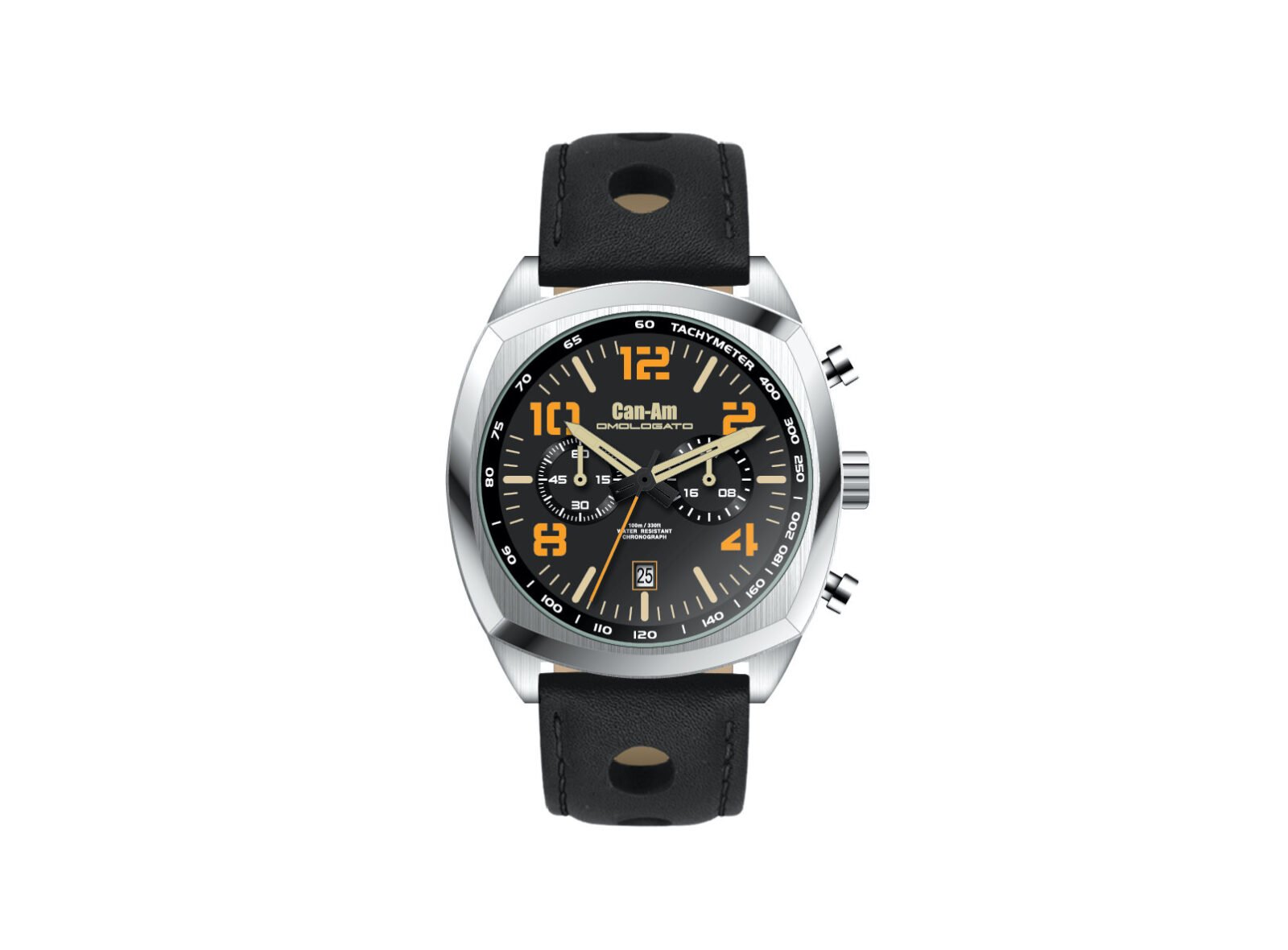 This is the Can-Am chronograph by Omologato, it’s limited to just 200 pieces worldwide, and it comes at a refreshingly affordable price point just under $468 USD.

Omologato is a British watchmaker founded by Shami Kalra that specialises in creating motorsport timepieces at prices people can afford. Each watch comes with a five year warranty of mechanical faults within the movement and a reassuring 14 day “no-quibble” refund policy.

The Can-Am chronograph features classic styling with a 42mm width and an 11mm height, it has a stainless steel case which is capped with a flat mineral glass. Inside you’ll find an almost bulletproof Japanese quartz chronograph movement and the watch is water resistant to 10 ATM or 100 metres/328 feet.

The strap that ships with the watch is a black leather rally design, it’s 22mm wide and there are a number of other straps available from the Omologato online store including a papaya orange NATO strap that looks excellent on the Can-Am.

The face of the watch has a matte finish with McLaren Can-Am inspired papaya orange on the 12, 2, 4, 8, and 10 markers. There’s a date window at the 6 o’clock position, the two chronograph registers are at the 3 and 9 o’clock positions, and there’s a tachymeter dial around the outside of the primary dial. 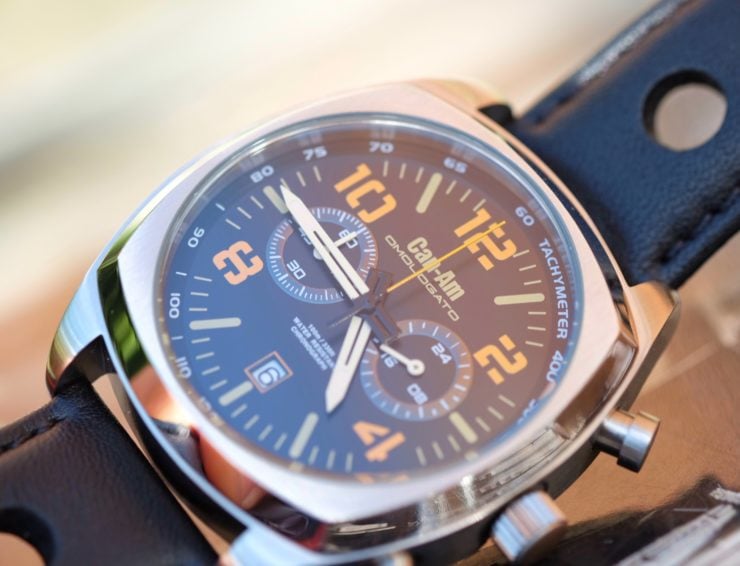 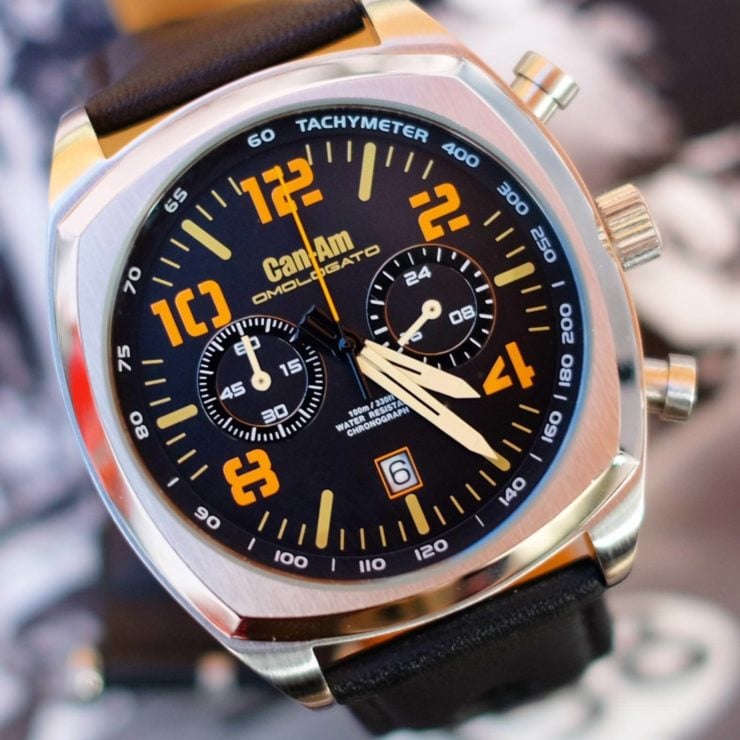 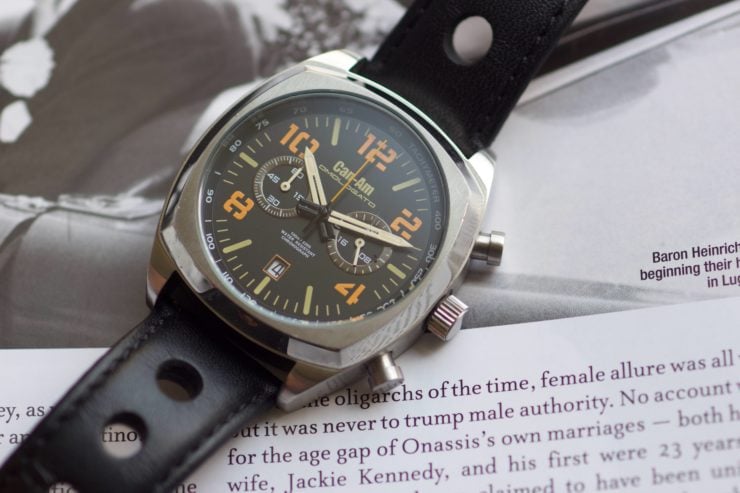 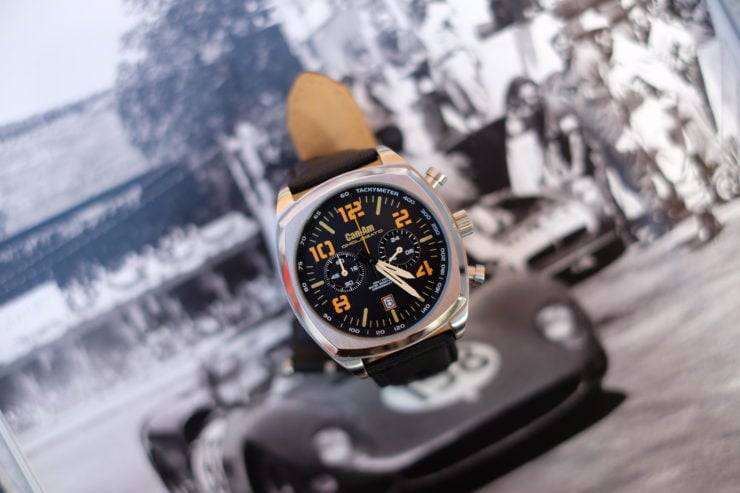 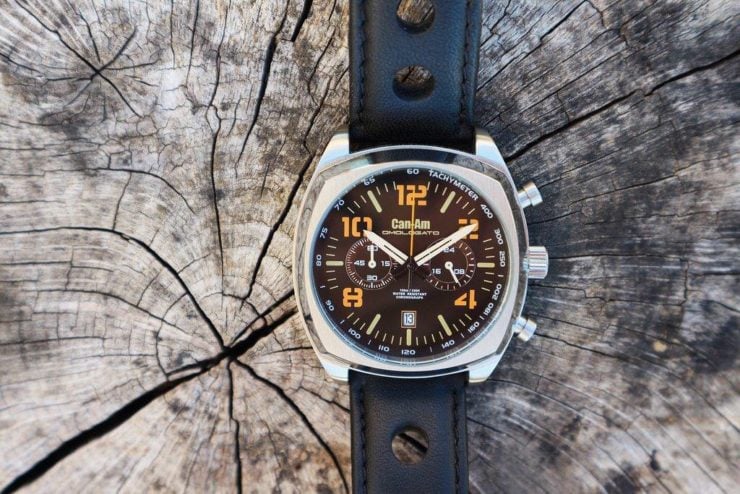 Published by Ben Branch - August 25th 2020
Related Posts
A Mystery $2,000 Motorcycle Gas Tank Toaster – Do You Know Who Made It?

When Land Rover announced that the legendary Defender would cease production in 2016 it caused much angst throughout the motoring world, and no small amount of worry about what the new Defender would be. What…