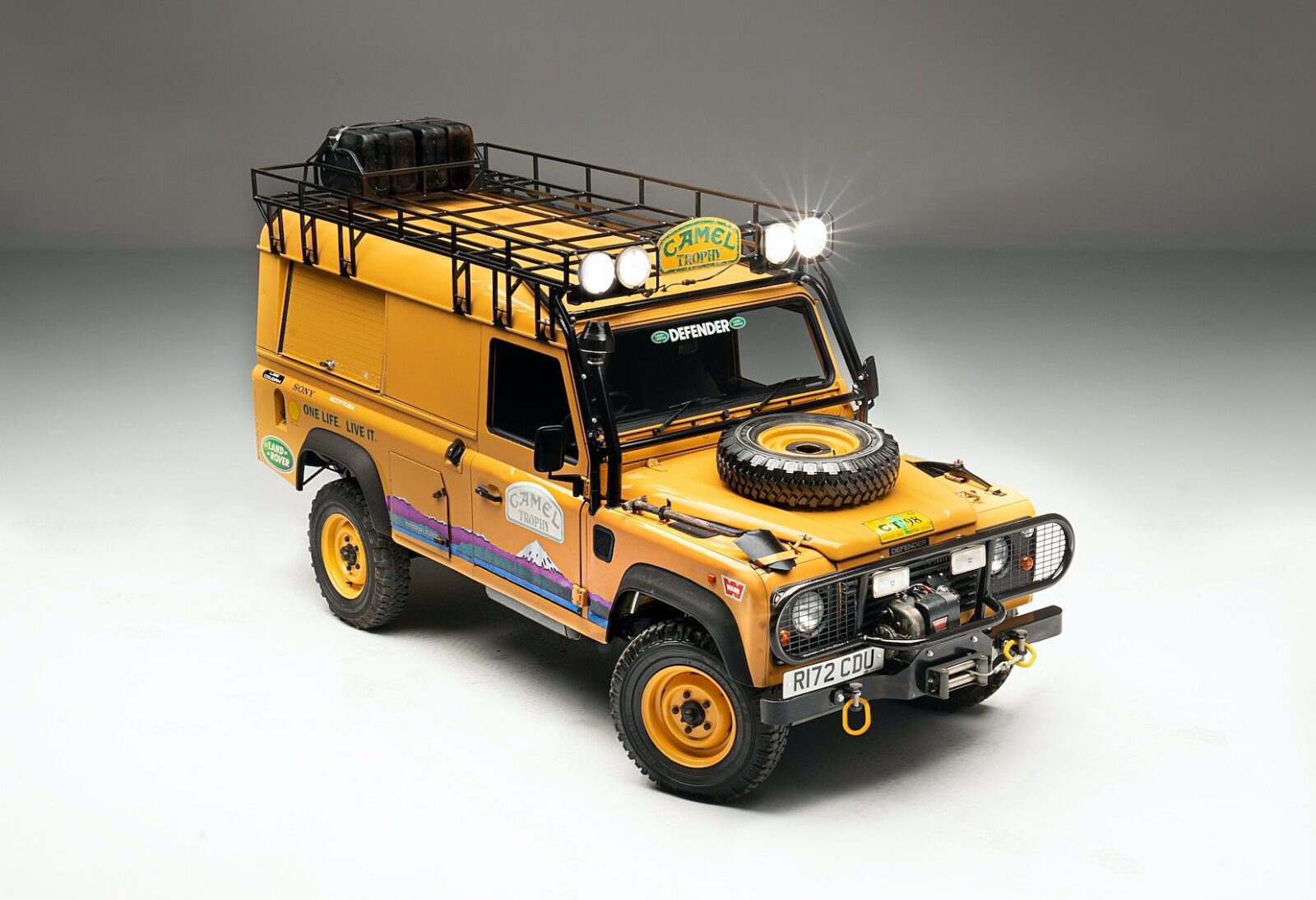 It’s not that often that we see authentic Camel Trophy veterans come up for sale, there are a slew of replicas of course but many of the original Trophy Land Rovers seem to change hands very infrequently. It’s also worth noting that many didn’t survive to the modern day due to the rigors of the Camel Trophy event, which was famously one of the most challenging 4×4 competitions in the world.

The vehicle you see here took part in the 1998 Tierra Del Fuego Camel Trophy, it was built by the Land Rover Special Vehicle Operations team specifically for the event and it remained in service for years afterwards as an expedition vehicle around Africa and Europe before arriving back in Britain where it was put to work in a support role with the Marine Life Conservation group.

In more recent years the Defender 110 has undergone a full rebuild with genuine Land Rover parts, bringing it up to an excellent useable condition throughout but carefully keeping its Camel Trophy livery in place.

The Camel Trophy is now best known for its use of Land Rover vehicles but it isn’t widely known that the first event actually included three teams of Germans exploring the Amazon rainforest in Jeeps in 1980.

Land Rover became the sole vehicle supplier in 1981 and would remain in this role until the final running of the event in the year 2000. After the year 2000 cigarette advertising bans in sport killed off the Camel Trophy and cigarette brandnames began quickly disappearing from race cars and circuits around the world.

Over the course of its 20 years the Camel Trophy was run in a remarkable variety of locations across wild terrain in countries like Papua New Guinea, Madagascar, Siberia, Sulawesi, Zaire, and many others.

Above Video: This is the documentary about the 1998 Tierra Del Fuego Camel Trophy, keep your eye out and see if you can spot the vehicle we have listed here.

After each event some of the competitors would purchase their own vehicles, a significant number were left in the host country, and many that were brought back to the UK were stripped of their special parts – making it exceedingly challenging to find original vehicles today.

The majority of Land Rovers and Range Rovers that took part in the event were heavily modified by the specialist team Land Rover Special Vehicles. These modifications tended to vary year to year however they typically included things like full roll cages, winches, snorkels, upgraded suspension and transmission components, Brownchurch Bull bars and bush wires, tow hitches and recovery points, under body protection, and steering guards.

As mentioned above, the vehicle you see here is a veteran of the 1998 Tierra Del Fuego Camel Trophy. It’s been well preserved over the intervening 23 years and benefits from a mechanical rebuild and the fitment of a new OEM galvanised Marsland chassis.

During the rebuilt the entire braking system was replaced, along with the gearbox, clutch and running gear. all chassis components have been replaced, including the nuts, bolts and washers, and it now has new shock absorbers, springs, and helper springs.

If you’d like to read more about this unusual Land Rover or register to bid you can click here, it’s currently being offered for sale on Collecting Cars. At the time of writing there are three bids with the highest sitting at £10,000 which is approximately $14,100 USD. 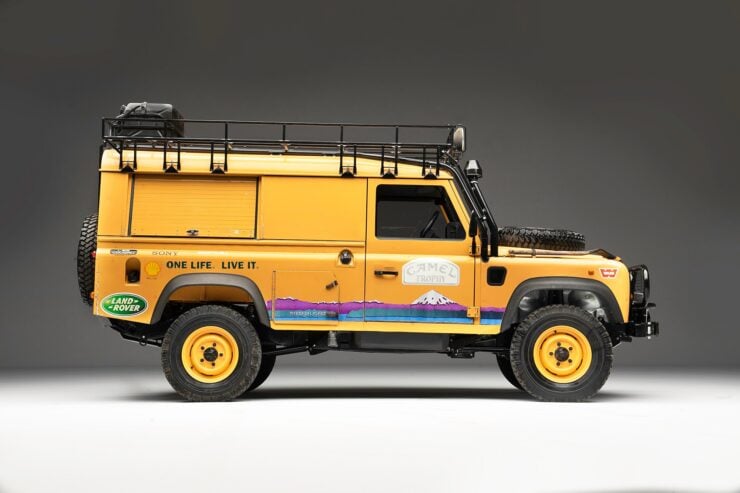 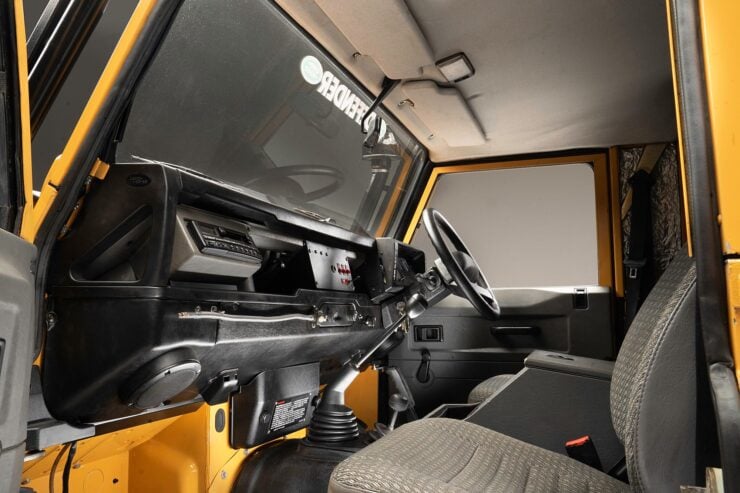 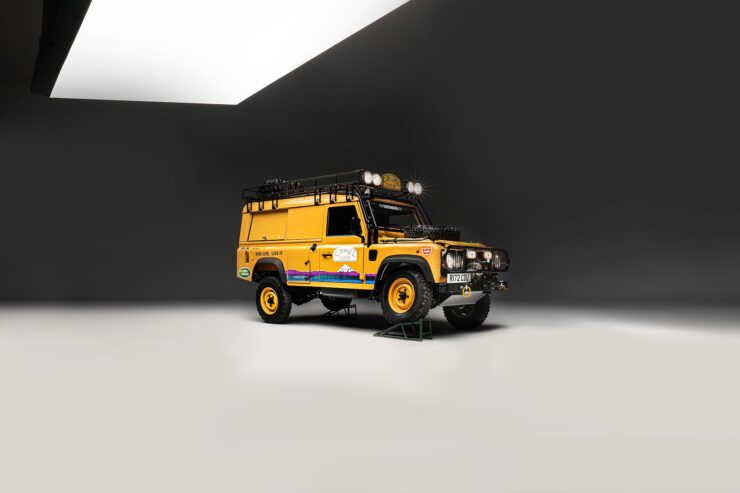 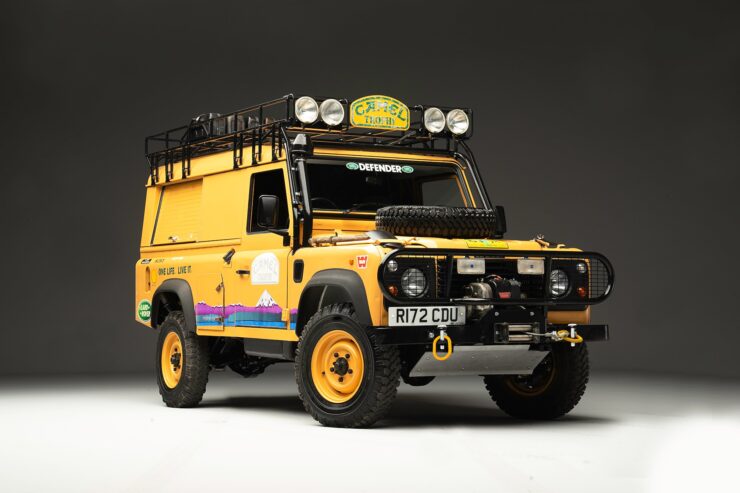 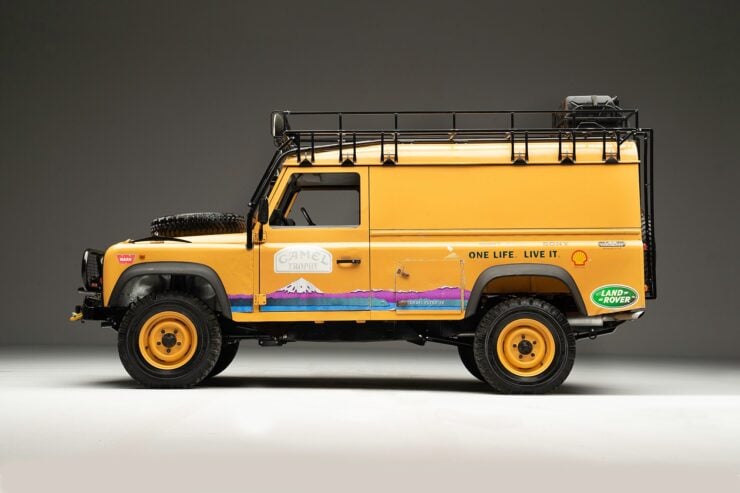 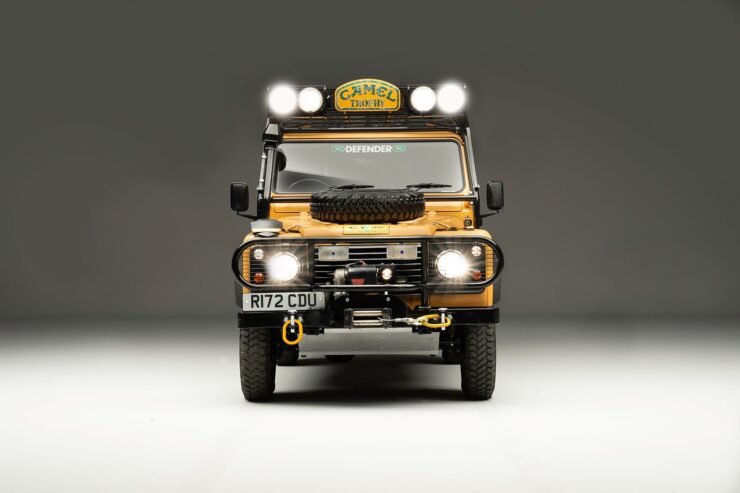 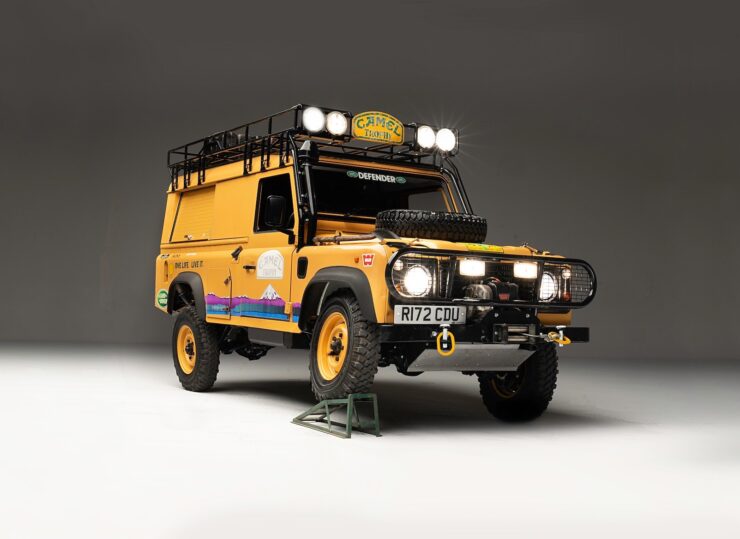 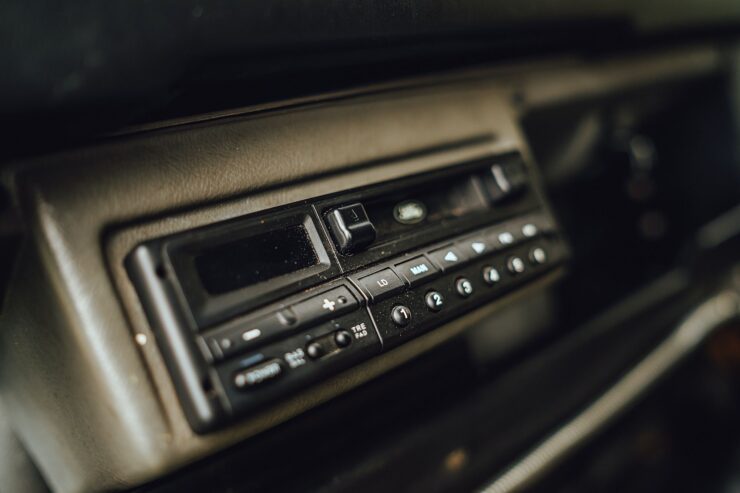 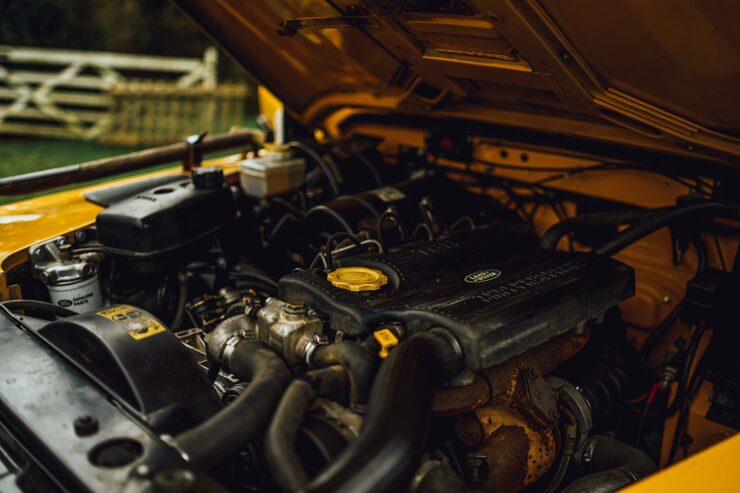 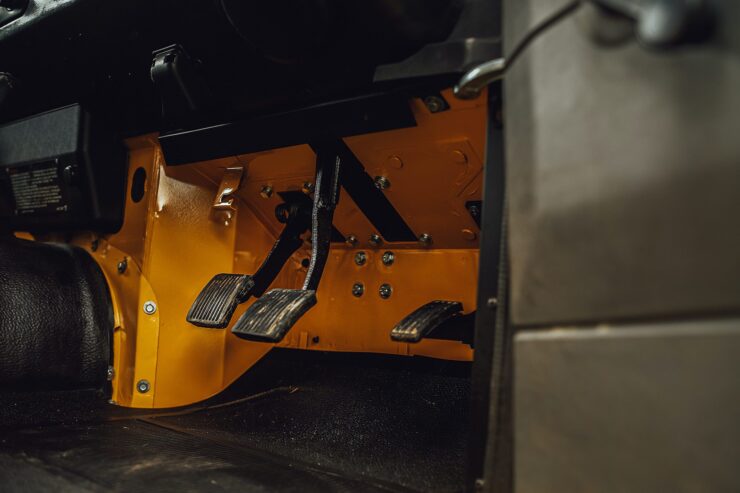 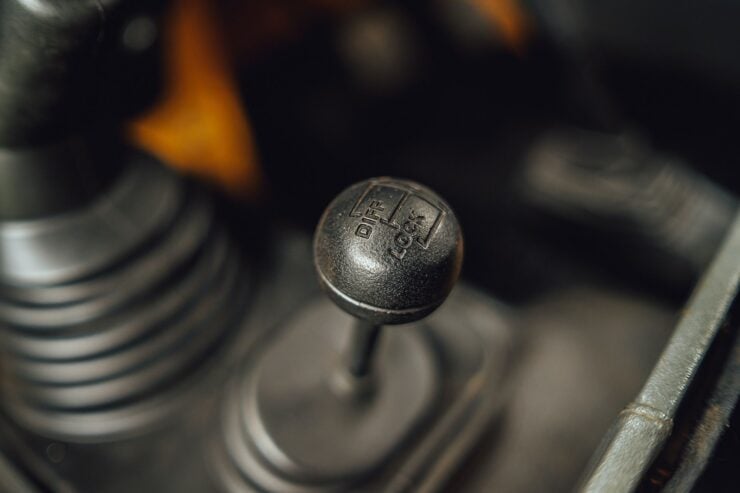 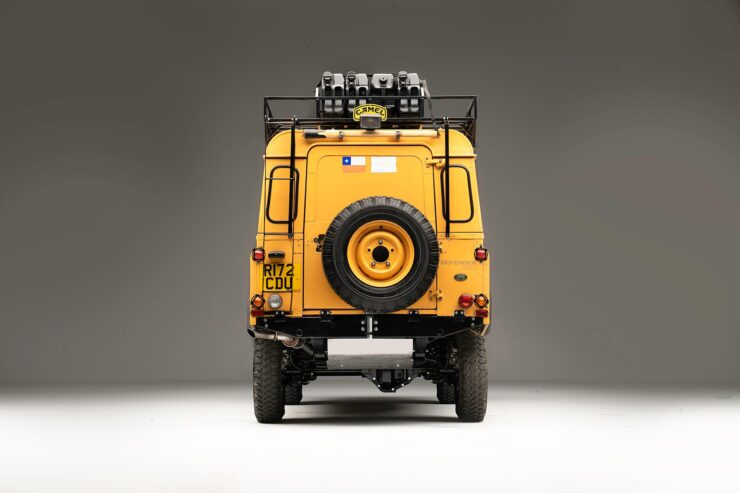