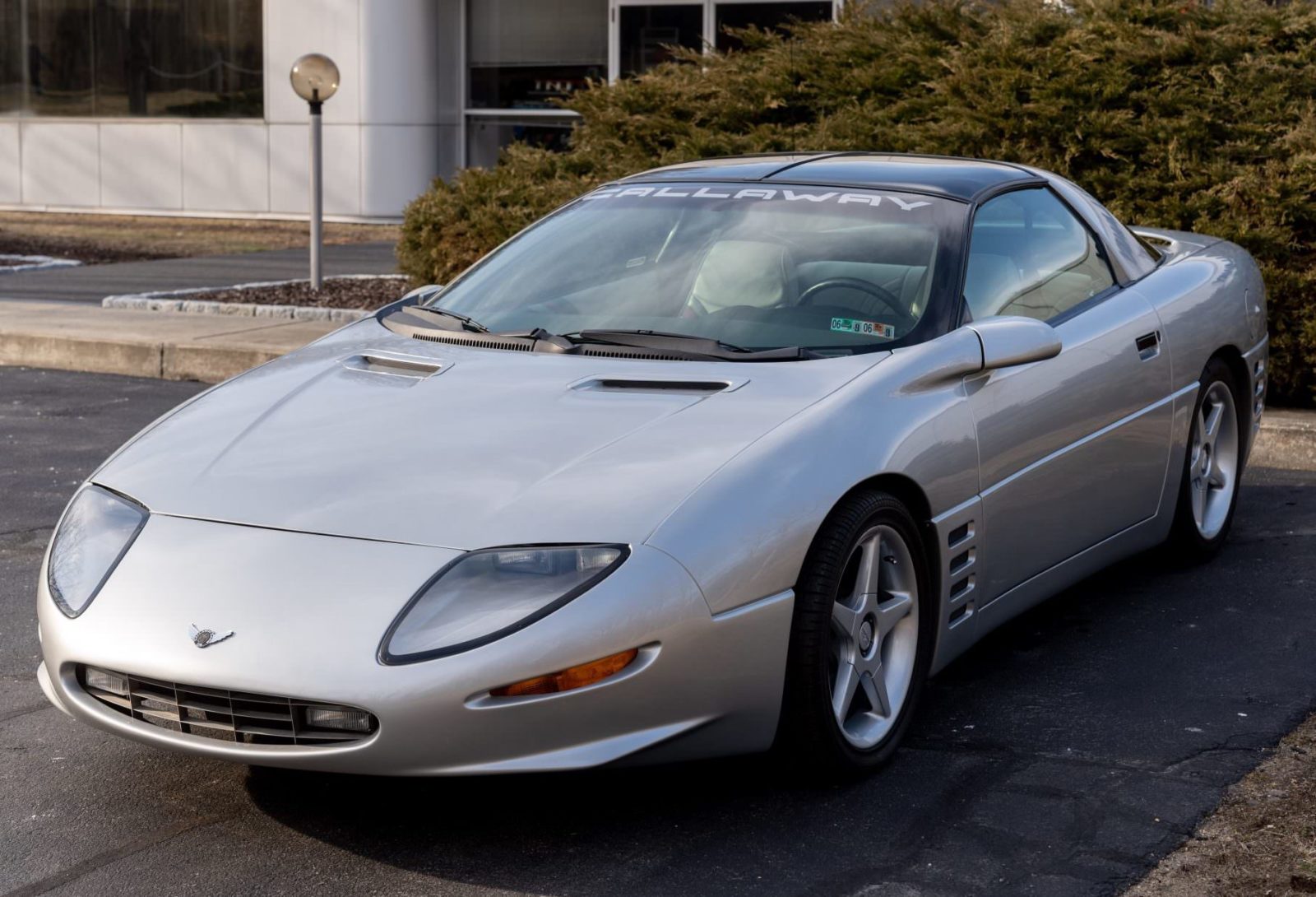 This is an original Callaway C8 SuperNatural, just 18 were made between 1994 and 1997, they were capable of 170 mph, and they were were based on the fourth generation Chevrolet Camaro platform.

The series of upgrades applied to the Callaway C8 SuperNatural can be separated out into three main parts, the engine modifications, the suspension and brake upgrades, and the body upgrades that consisted of an aero kit called the “CamAerobody.”

Reeves Callaway And The Beginning

In the early 1970s Reeves Callaway was a talented young racing driver who, like many others, struggled to afford to keep racing. As a result he took a job as an instructor at the famous Bob Bondurant Racing School. 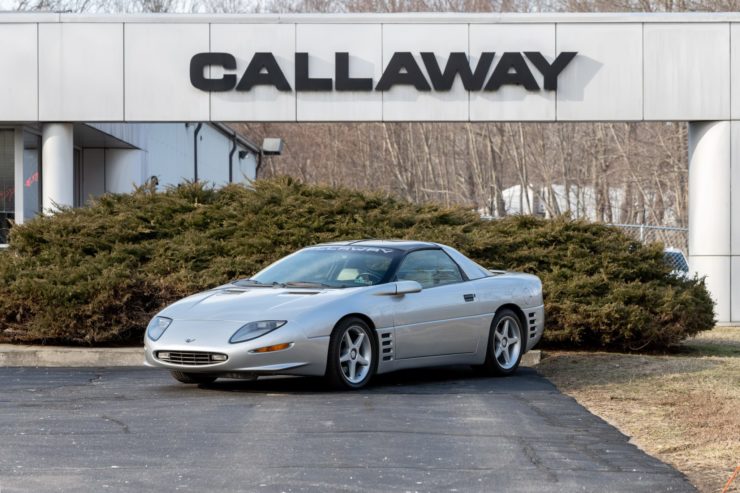 The styling of the Callaway C8 SuperNatural Camaro has long divided critics, some love its aerodynamic body kit and compare it to earlier cars like the Superbird.

While working there he became familiar with the BMW 320i model as it was being used as a school car. He realized it had the potential for a lot more speed, and so he developed a turbocharger kit for it and then turned it over to Car and Driver journalist Don Sherman for feedback.

Sherman wrote a glowing article about the transformed BMW, and in so doing changed the course of Callaway’s life. Within a few short years Reeves was building turbo kits for a wide range of cars including vehicles from BMW, Volkswagen, Porsche, Audi, Alfa Romeo, and Mercedes-Benz.

The car that Callaway are most famous for modifying is the Corvette, the first was the Callaway Twin Turbo Corvette that arrived in 1987 based on the then-current C4 Corvette platform. The C4 Callaway Corvettes peaked in the late 1980 with the Callaway Sledgehammer – a twin-turbo C4 with 900 bhp and a top speed of 255 mph.

All of this experience working with the Corvette, particularly its LT1 Chevrolet V8, gave Callaway a serious head start with the new fourth generation Camaro debuted in 1993 making use of the same engine as the C4 Corvette. 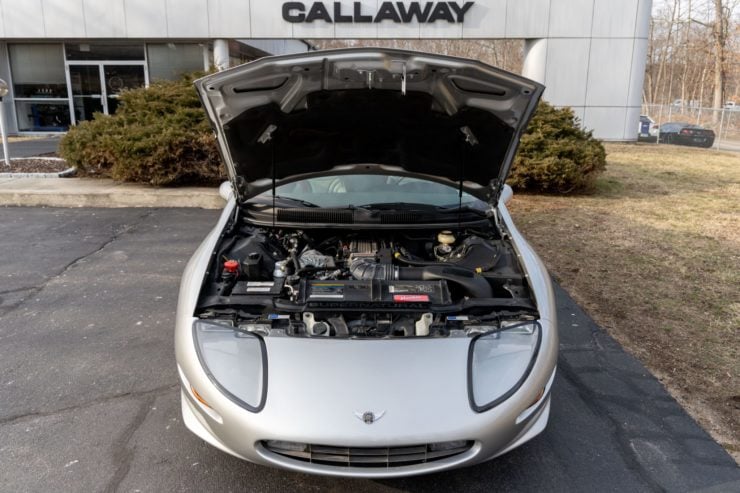 Under the hood you’ll find a 383 cubic inch “SuperNatural” Callaway V8 producing well over 400 bhp – a big jump up from the regular Camaro’s 275 bhp.

Whereas the Callaway Corvettes were unaffordable to all but the wealthiest of petrolheads, the Callaway Camaro would be a little less expensive – though still appealing to a very exclusive customer base up around the top of the American sports car market.

When ordering customers could specify engine output of 400 bhp which were vastly more than the 275 bhp that came with the standard car, customers could later send their cars back for 425, 435, or 450 bhp upgrades.

This combination of power with the CamAerobody bodykit (CamAero = Camaro) gave the car a claimed top speed of 170 mph or more – an astonishing rate of speed by the standards of the time and on par with supercars from the 1970s. 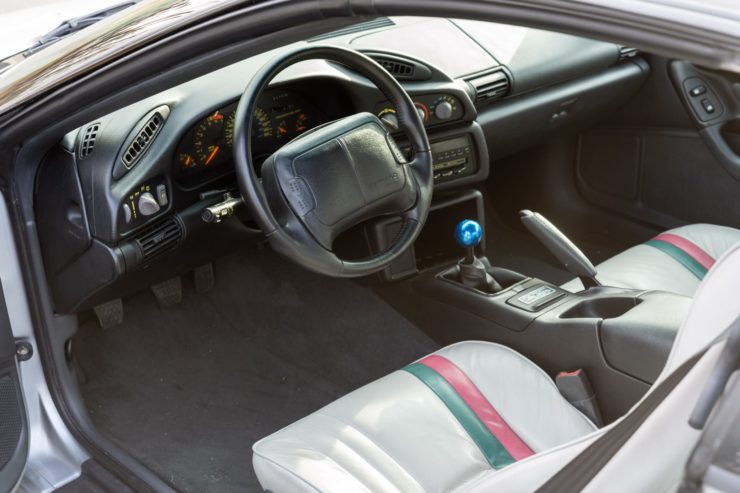 Though perhaps a little unusual by modern standards, the interior was cutting edge in the 1990s when the car was released.

The surviving examples of the Callaway C8 SuperNatural Camaro are now prized by a small but dedicated group of knowledgeable enthusiasts who liken their cars to icons like the the Baldwin-Motion Corvette or Yenko Stinger – an apt comparison.

The car you see here is a 1993 Callaway C8 SuperNatural Camaro with 1,200 miles shown on the odometer, a 383 cubic inch “SuperNatural” Callaway V8, and a 6-speed manual transmission.

The car is finished in silver with white upholstery and removable roof panel sections – importantly it still has its original CamAerobody kit in place.

If you’d like to read more about this unusual car you can visit the listing here on Bring A Trailer, it’s being auctioned out of Fort Lauderdale, Florida. 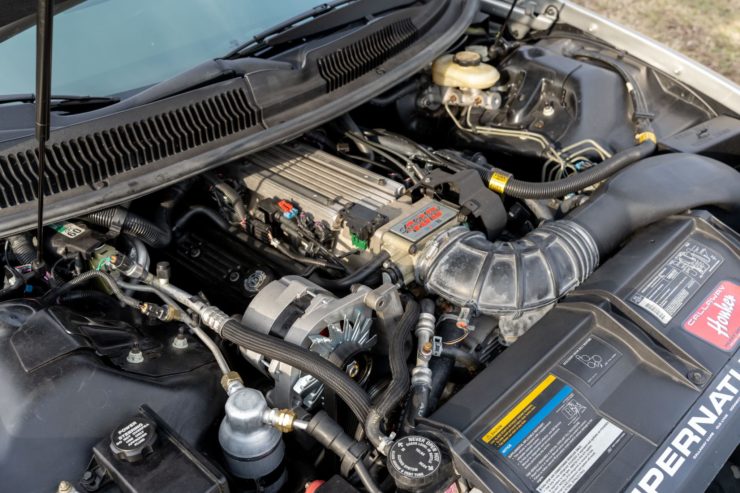 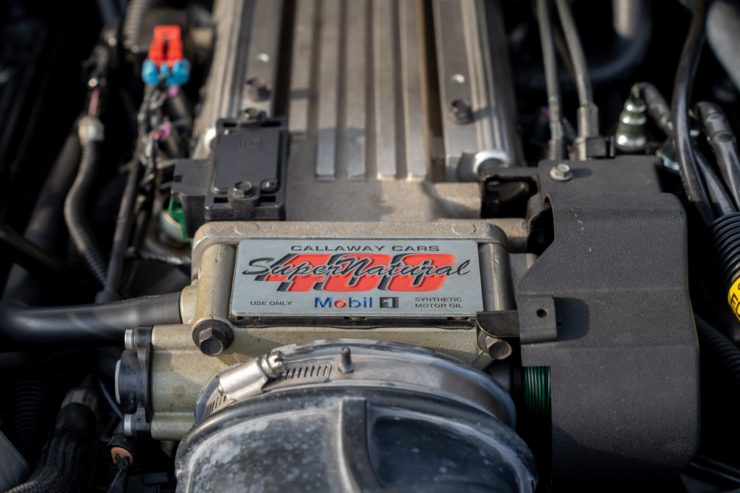 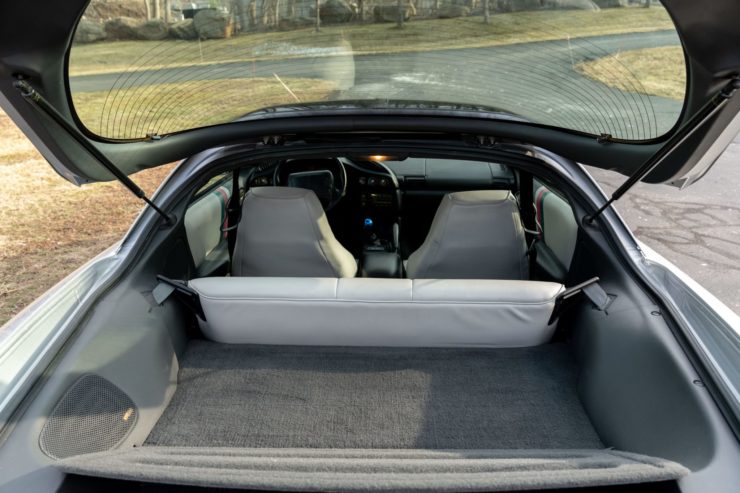 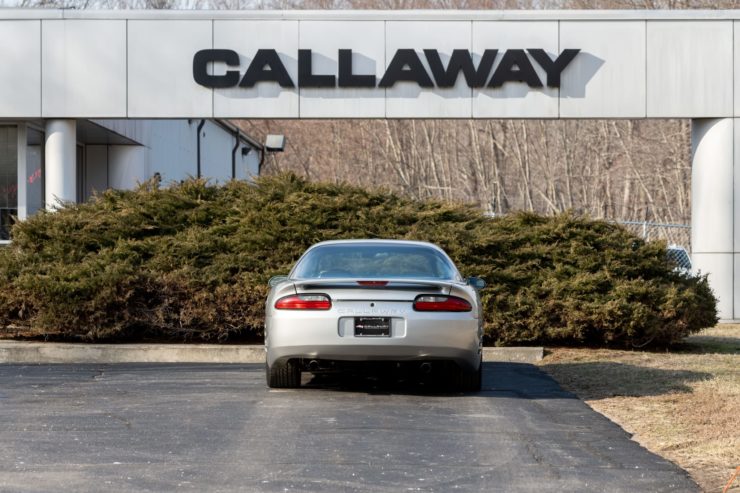 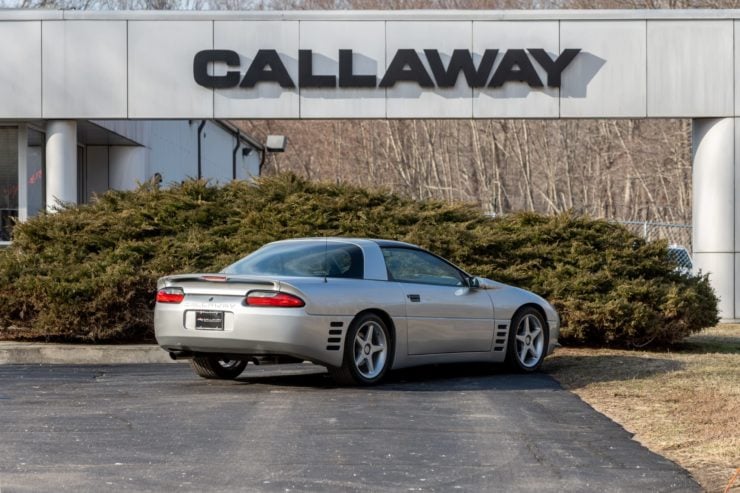 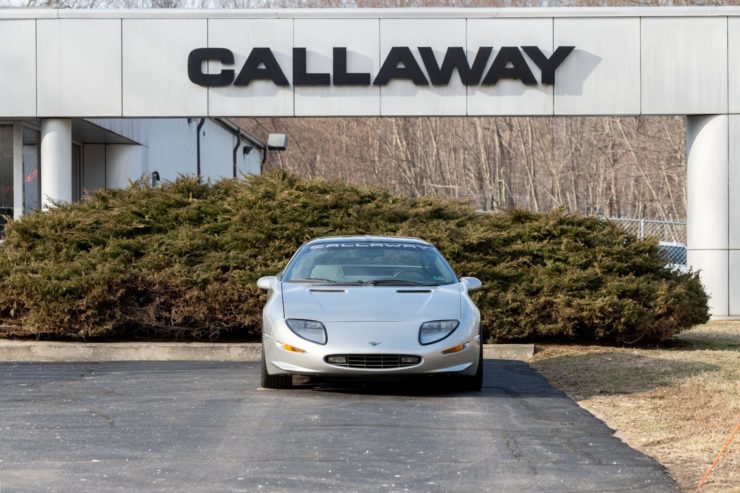 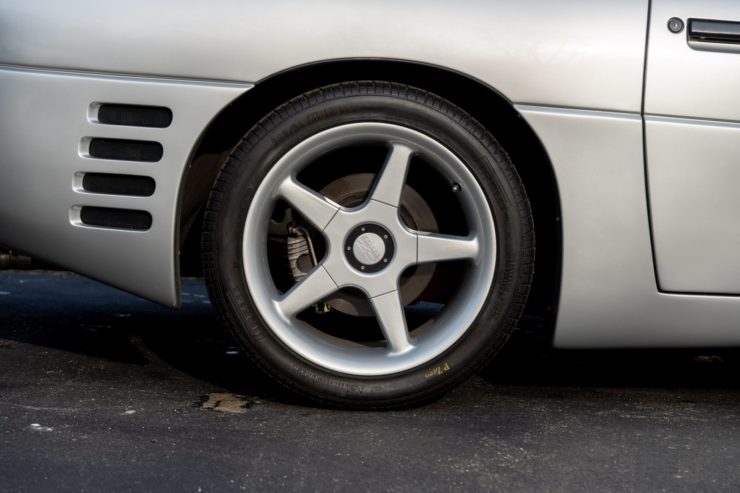 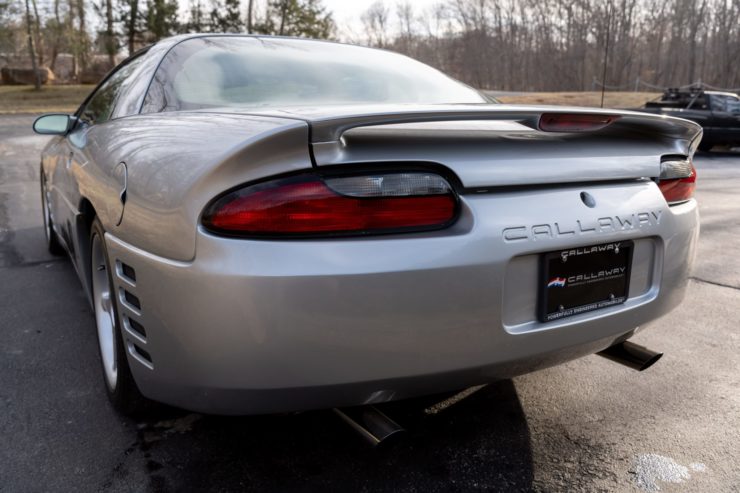 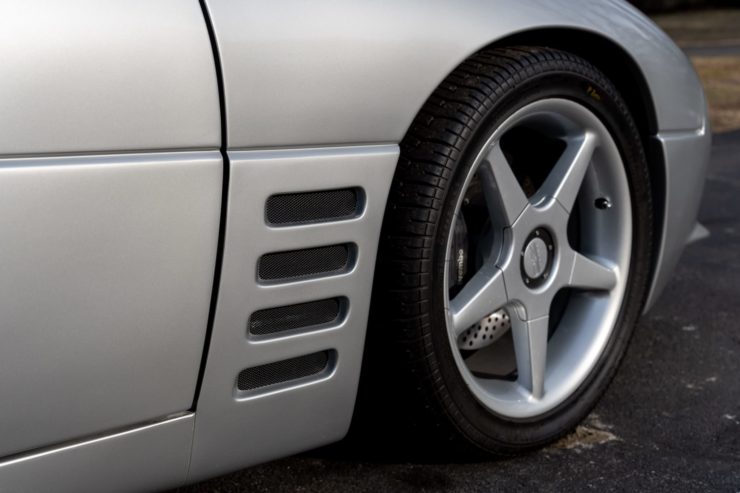 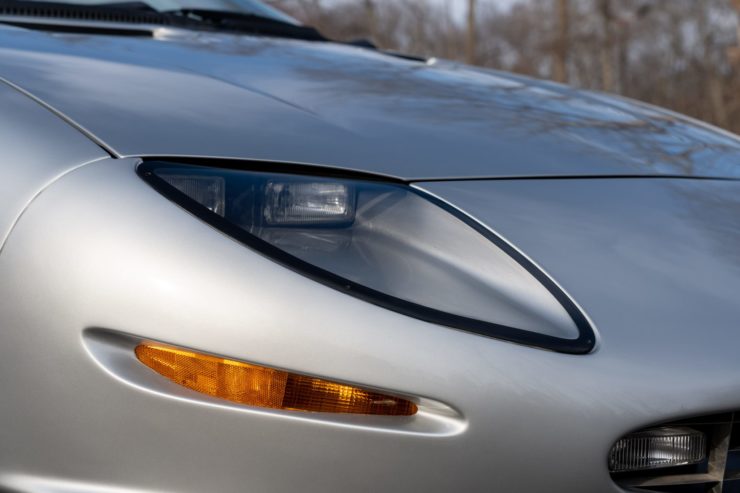 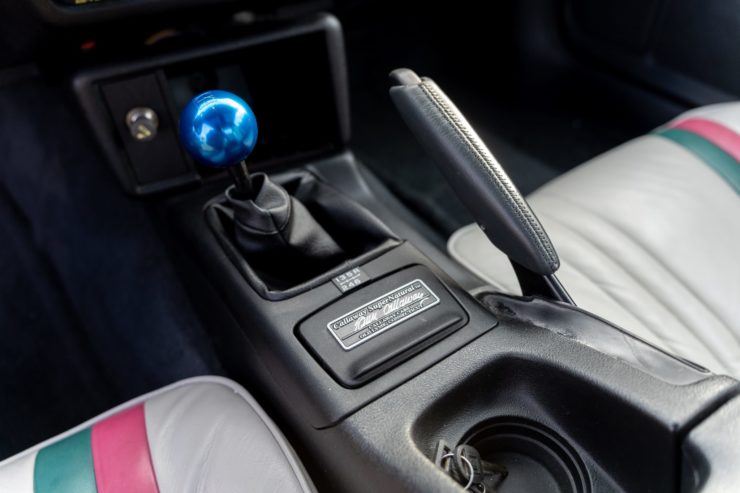 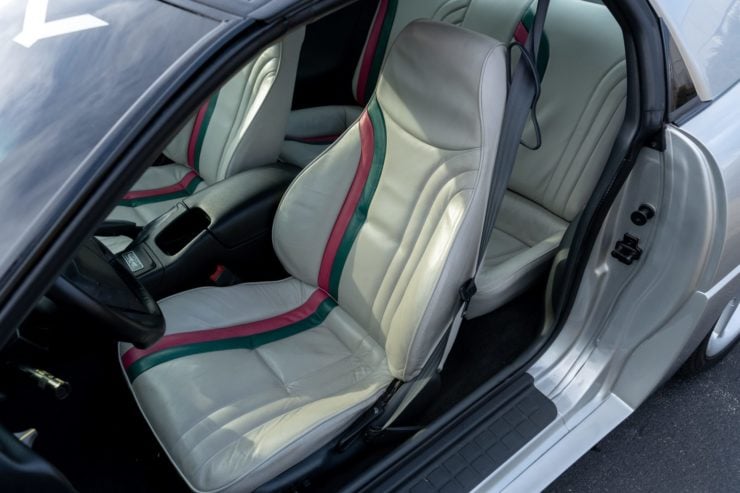 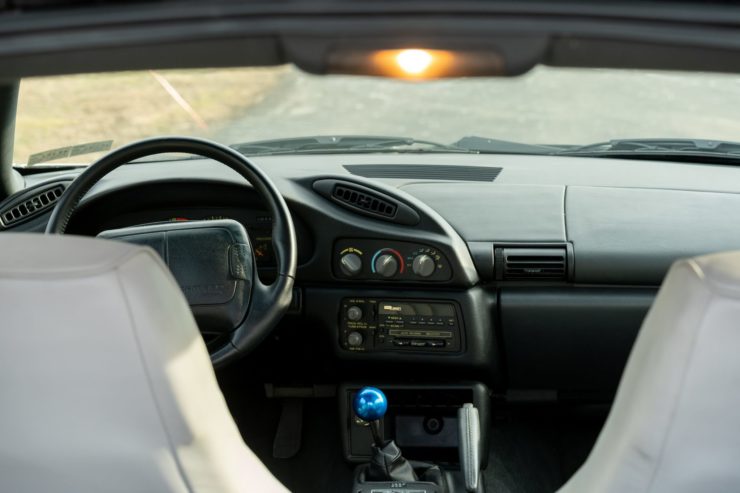 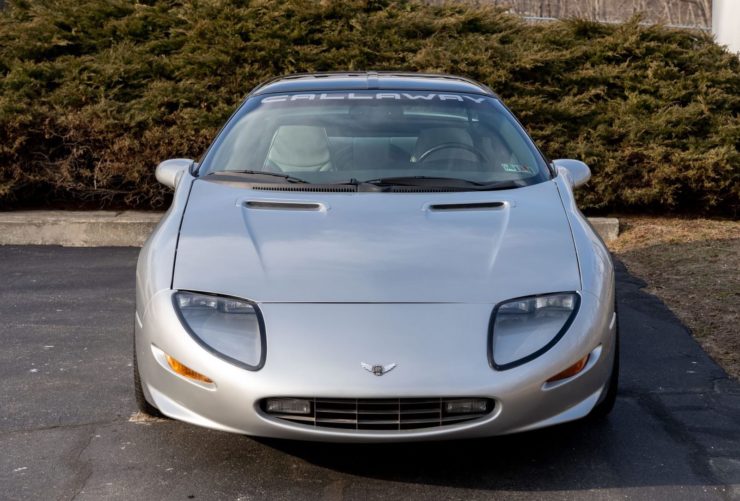 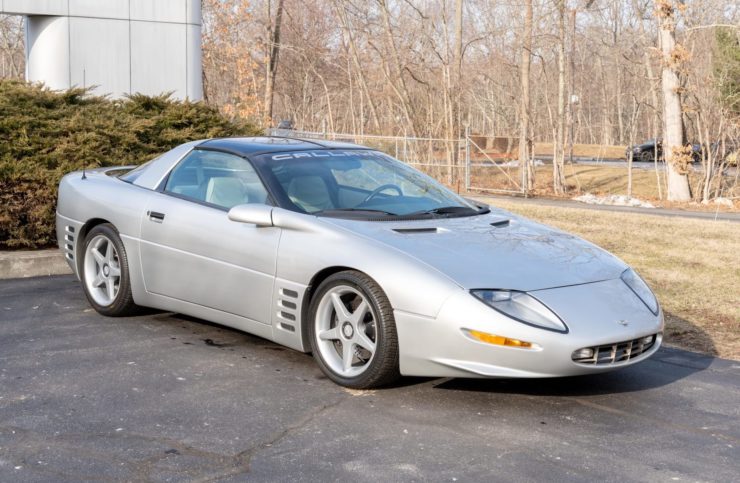