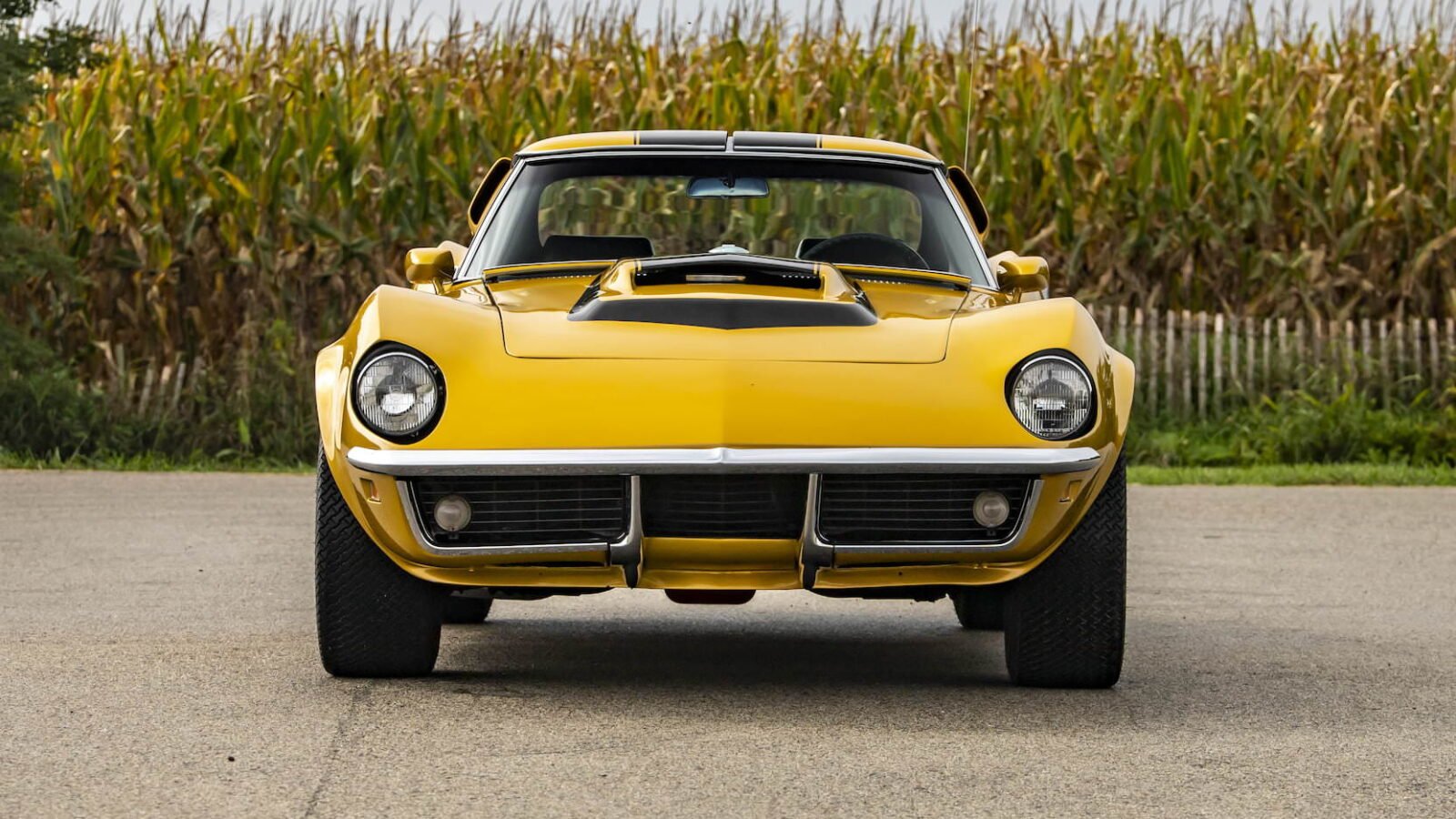 It’s believed that just 10 examples of the Baldwin Motion Corvette were built before production was shut down by the US Justice Department.

The cars were made as a collaborative effort between Motion Performance and Baldwin Chevrolet between 1969 and 1971 – with some versions turning out well over 500 bhp and covering the 1/4 mile dash in the mid-11 second range.

The Justice Department shut down production using the Clean Air Act of 1970, the case was titled “The U.S. Government Against Motion Performance” – the company didn’t have the funds to hire the big legal firms needed to fight a case against the US Government, so they reached a settlement and shut down production of their custom Corvettes.

The Government had been cracking down on performance and tuning companies like Motion Performance for both safety and emissions reasons, triggered in part by the activism of Ralph Nader. This combined with the 1973 Oil Crisis led to the end of the golden era of the American muscle car. 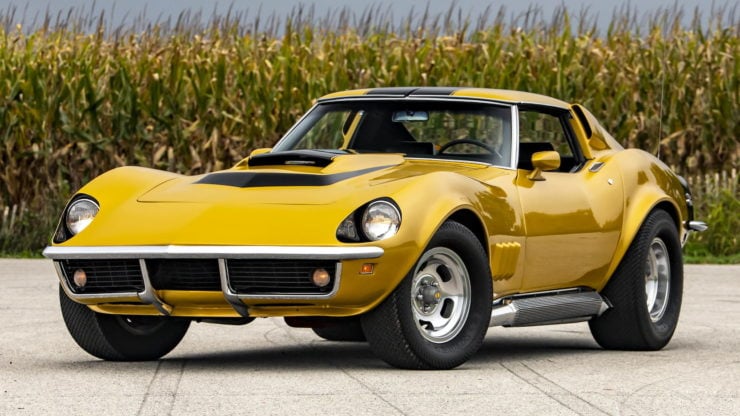 The performance of the Baldwin Motion Corvettes have made them legendary in muscle car circles, they’re exceedingly rare – just three are thought to have survived and they’re now considered highly collectible. No two Baldwin Motion Corvettes are the same, they were each tailored client specifications, and the car you see here is almost certainly the most famous of them all.

Originally built in 1969, this is a Phase III Baldwin Motion Corvette fitted with a worked 427 cu. in. V8 with a Muncie M21 4-speed transmission, an Edelbrock intake manifold, a 4-barrel Holley carburetor, a functional hood scoop, flared fenders, fastback rear glass, reversed side vents, a Motion traction bar, Motion slotted wheels, slit taillights, and a flip-up headlight delete – the headlights were moved and given a fixed location on each side.

The Motion Performance engines were significantly modified over the original 427 fitted to the Corvette, the specific modifications aren’t listed and reliable sources are hard to find, the only clue to who built the engine being the cast alloy valve covers with the “Motion” logo. 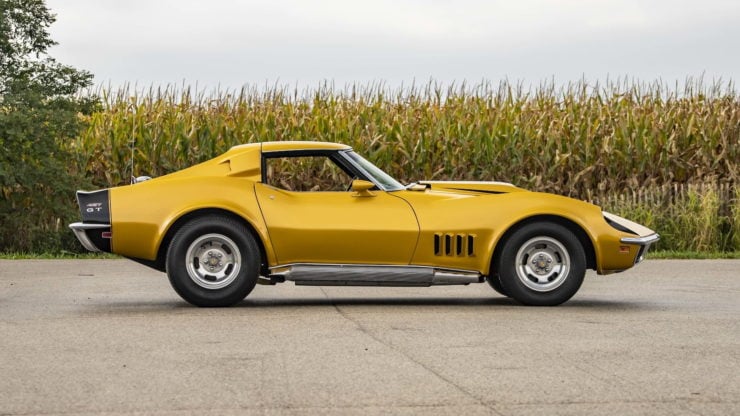 The exact amount of horsepower put out by the Phase III is subject to some debate, some say it turns out over 530 bhp and some say it’s closer to 430 bhp. We do know that Motion Performance warrantied each vehicle as being capable of a mid-11 second 1/4 mile run on the condition that it was driven by a professional driver on a sanctioned drag strip.

According to my (very limited) math abilities the power output would have to be over 500 bhp given the 3,520 lbs curb weight of the car in order for it to be capable of an 11.5 1/4 mile time.

This car is the only one that was fitted with Shelby-style side scoops, it’s finished in a special Candyapple Gold and Black paint scheme, with a black interior, an AM/FM radio, and a tilt/telescopic steering column. The car has twin factory side exhausts, and considerably wider rear tires than stock Corvettes in order to get the additional power down to the ground.

Over the years this car has been featured in multiple magazines including Corvette Fever, Supercar Magazine, and Cars. It was also previously featured on Silodrome when it came up for sale a couple of years ago. The Baldwin Motion Corvette is a muscle car that many have never heard of due to its rarity, but in Corvette circles they’re borderline mythical vehicles and when they make rare public appearances they’re swamped by curious onlookers.

If you’d like to read more about this car or register to bid, you can click here to visit the listing on Mecum. It’s due to roll across the auction block in January and there’s currently no value estimate listed. 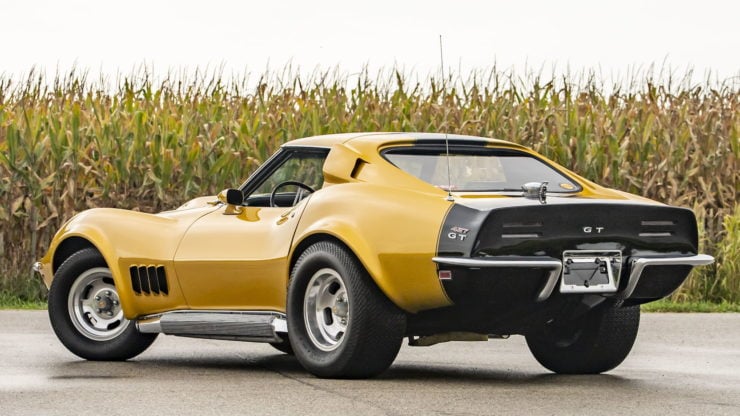 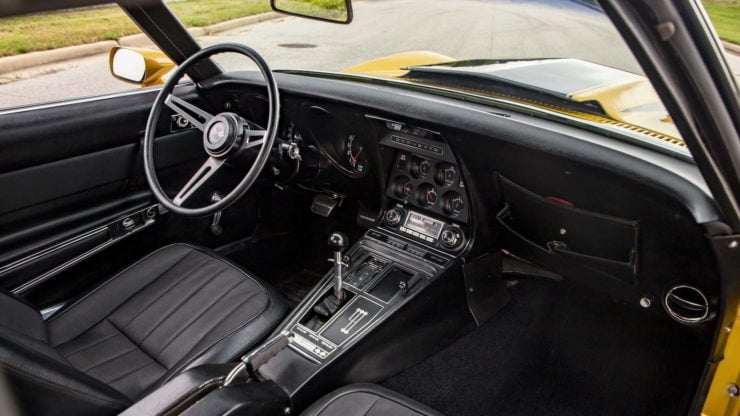 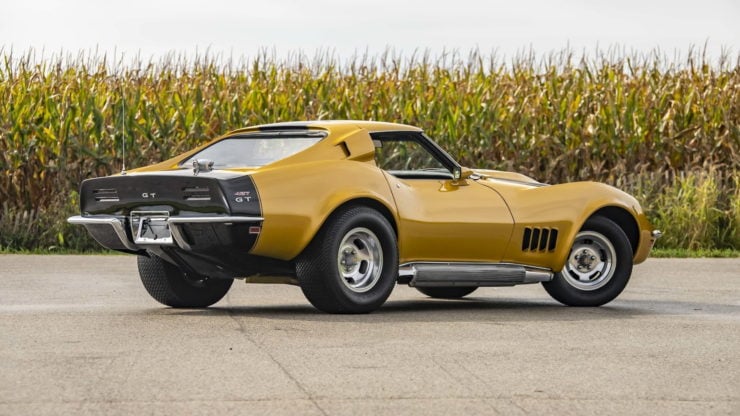 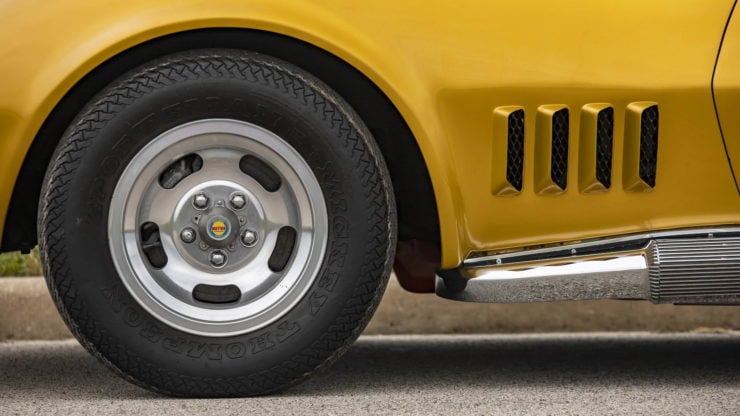 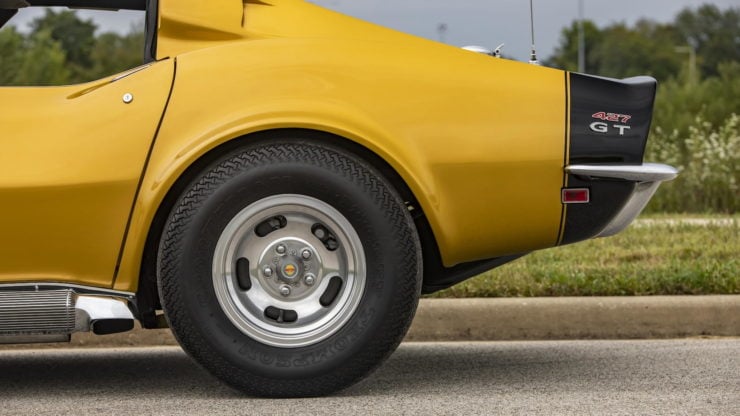 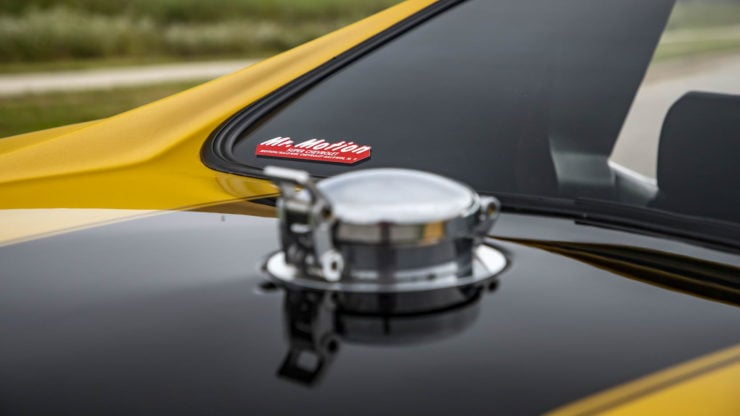 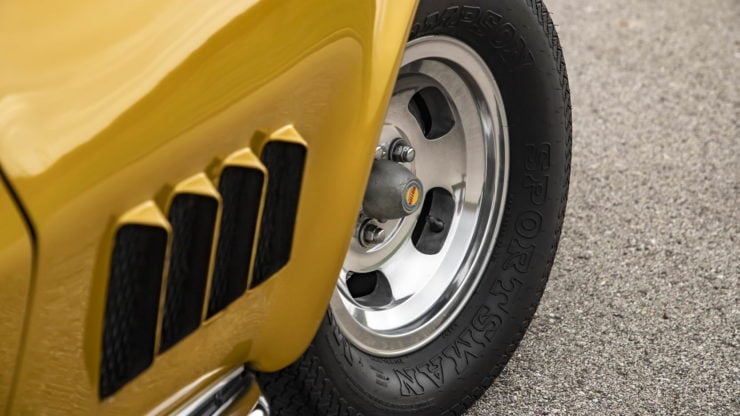 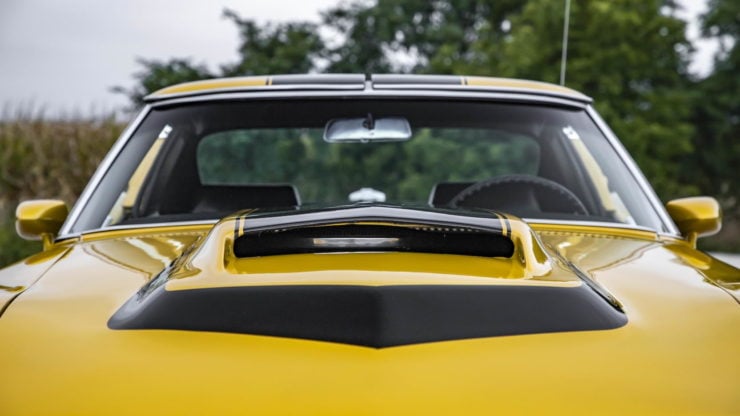 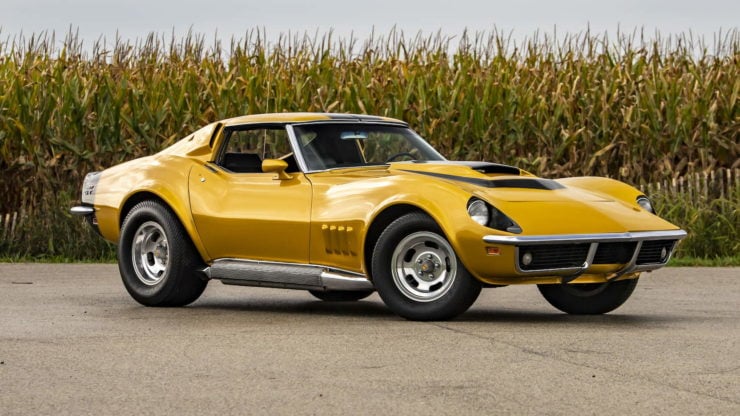 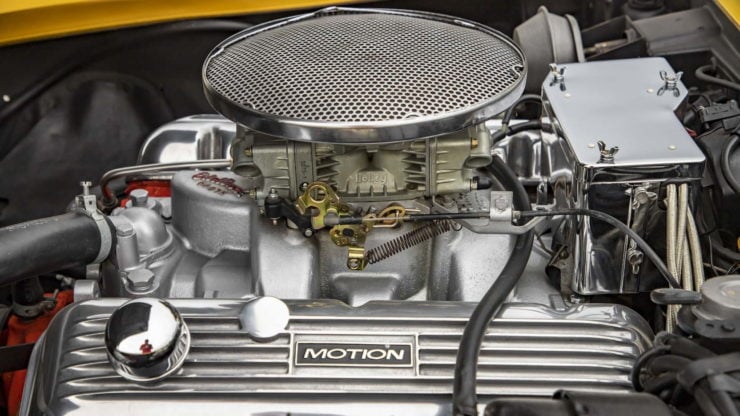 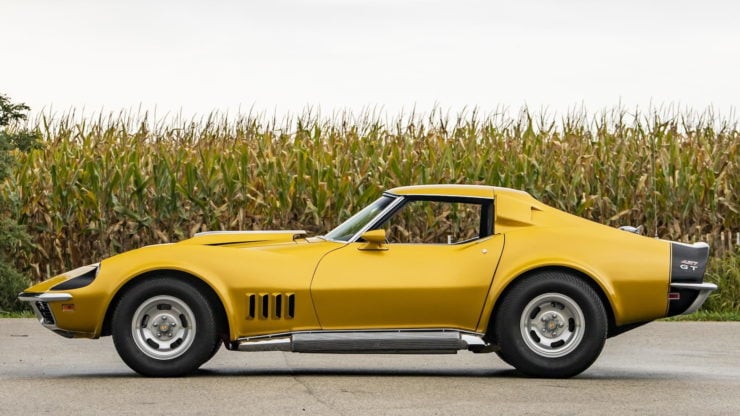 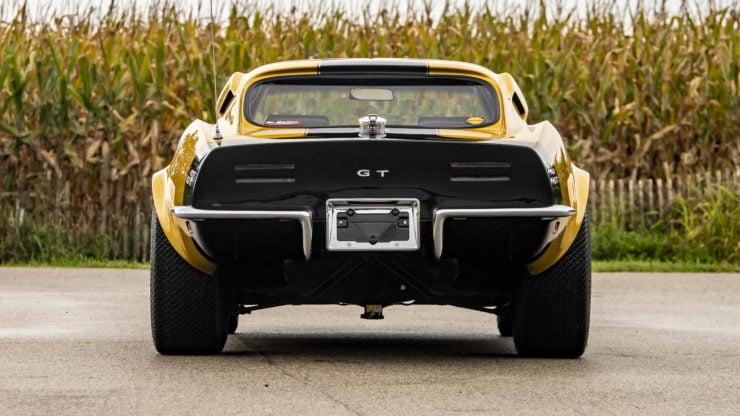 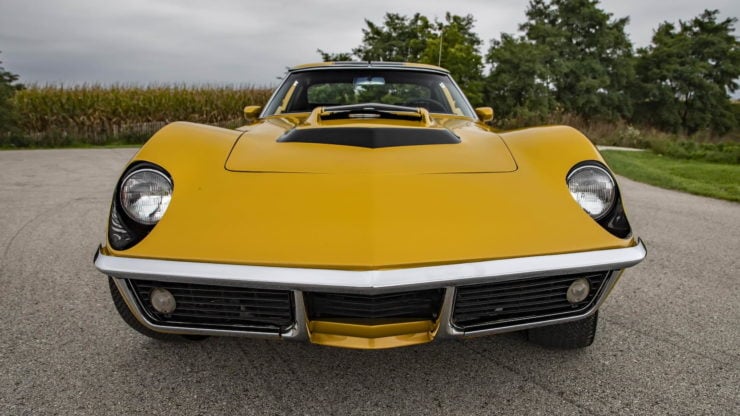 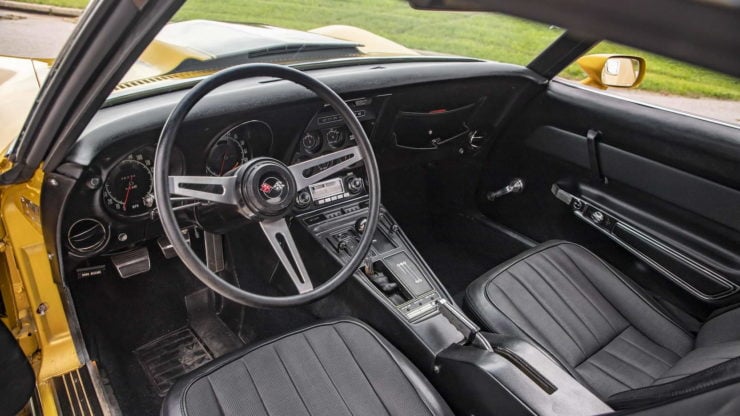 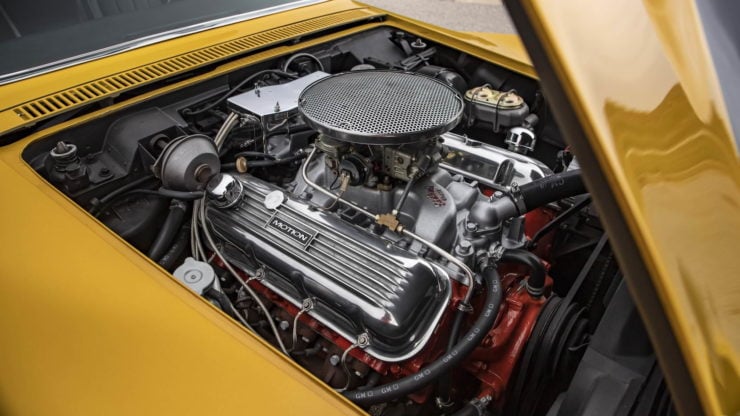 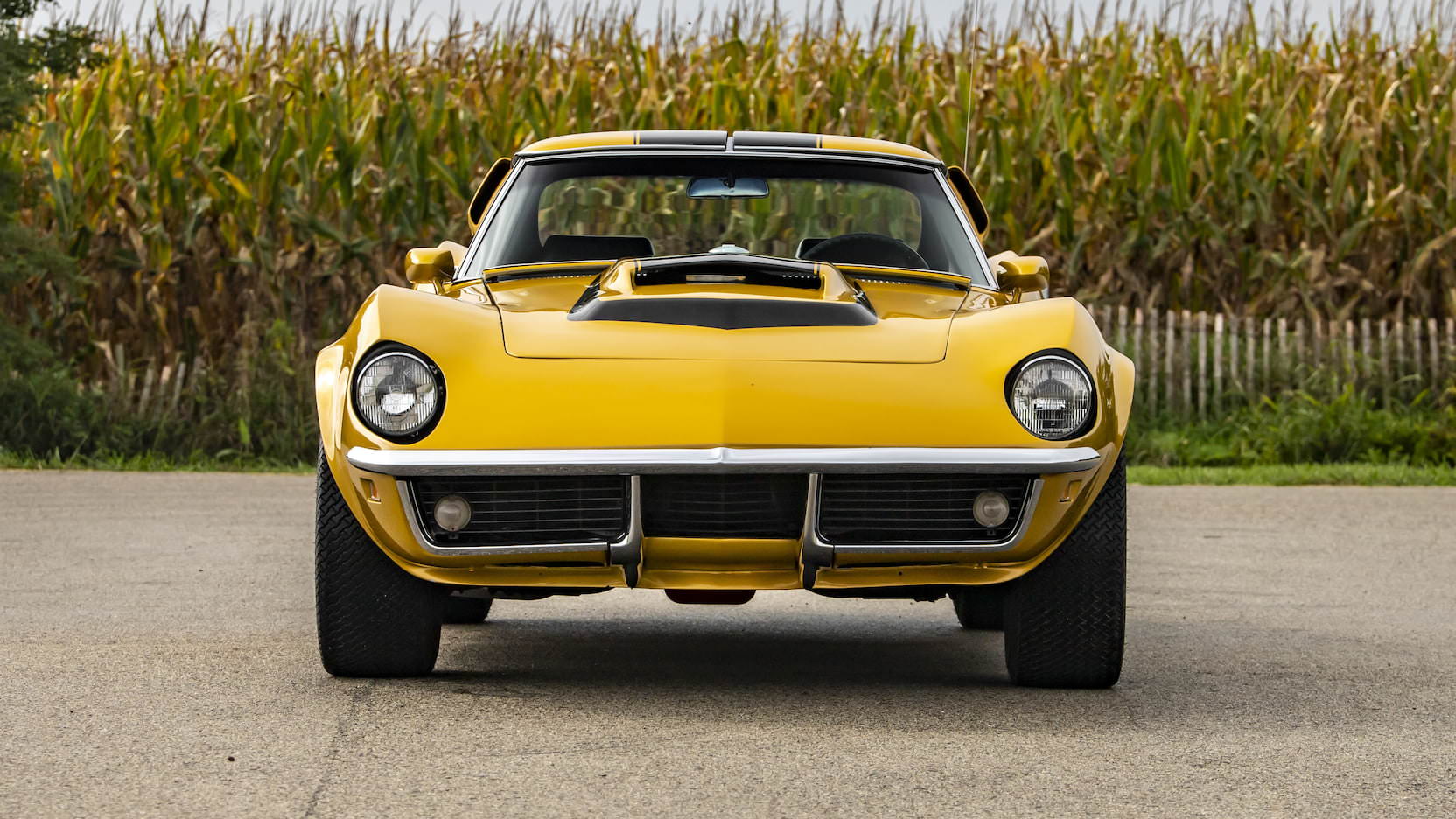 It’s not everyday you get the chance to buy a restored Bombardier B7, these were the…

This is a full-sized clay Shelby Series 1 clay design model in 1:1 scale, it…