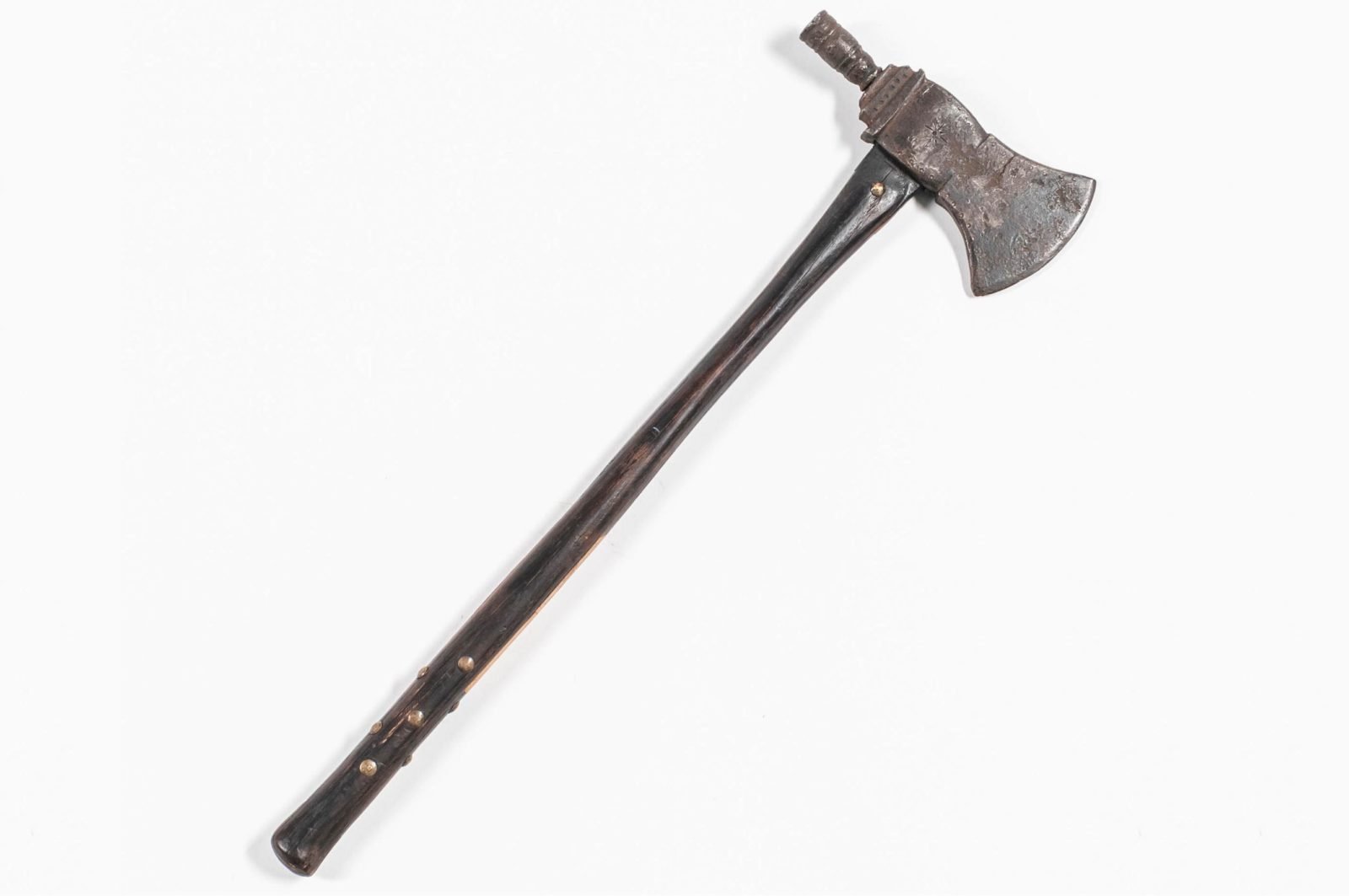 This is a hammer poll tomahawk that dates back to the 1700s, it originally belonged to Thomas Conn who served as a captain in the Virginia Militia before serving as a lieutenant and adjutant in Marion’s Brigade in 1781 during the American War of Independence.

Thomas Conn was born in Ireland in 1733 and emigrated to America around the year 1760 at the age of approximately 27 years old. Within a few years, by 1763, he was working as a police constable in Frederick County, Maryland – he then later moved to Culpeper County, Virginia. 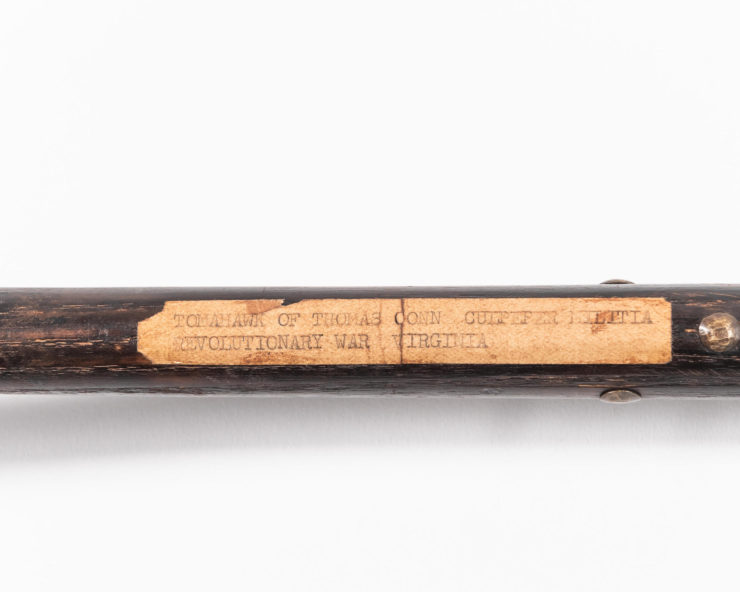 The ash wood handle carries a label showing who previously owned the tomahawk, the head of the axe is also marked with his initials (see it further down).

Conn would remain in Virginia for years, and would still be there when the American War of Independence broke out in 1775. As an Irishman he would have likely been more than happy to take up arms against the British – which is exactly what he did, serving as a captain first then as a lieutenant as mentioned above.

After the Americans had won the was Conn moved to Bourbon County, Kentucky. He died in 1811 at the age of 78 – a remarkably old age by the standards of the time. 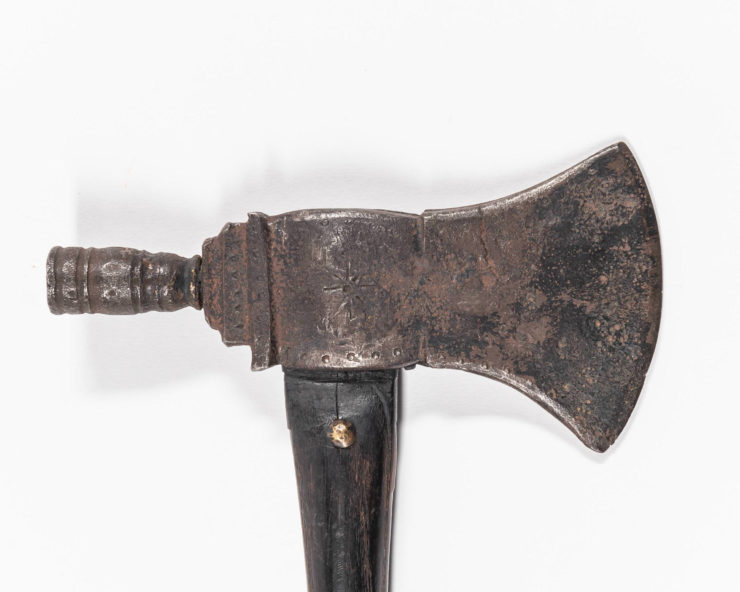 The tomahawk has a forged iron head with steel bit forming a curved flaring blade and a poll hammer on the back.

This tomahawk was carried by Thomas Conn during his military service. It has a forged iron head with steel bit forming a curved flaring blade, with a round hammer poll on the rear. The axe head is adorned with a stylized sunburst and the name T.L./CONN to identify its owner.

It’s now being offered for sale by Bonhams at auction as part of the Early Militaria Collection on the 28th of September, if you’d like to read more about it or register to bid you can visit the listing here. The price guide is $5,000 – $7,000 USD. 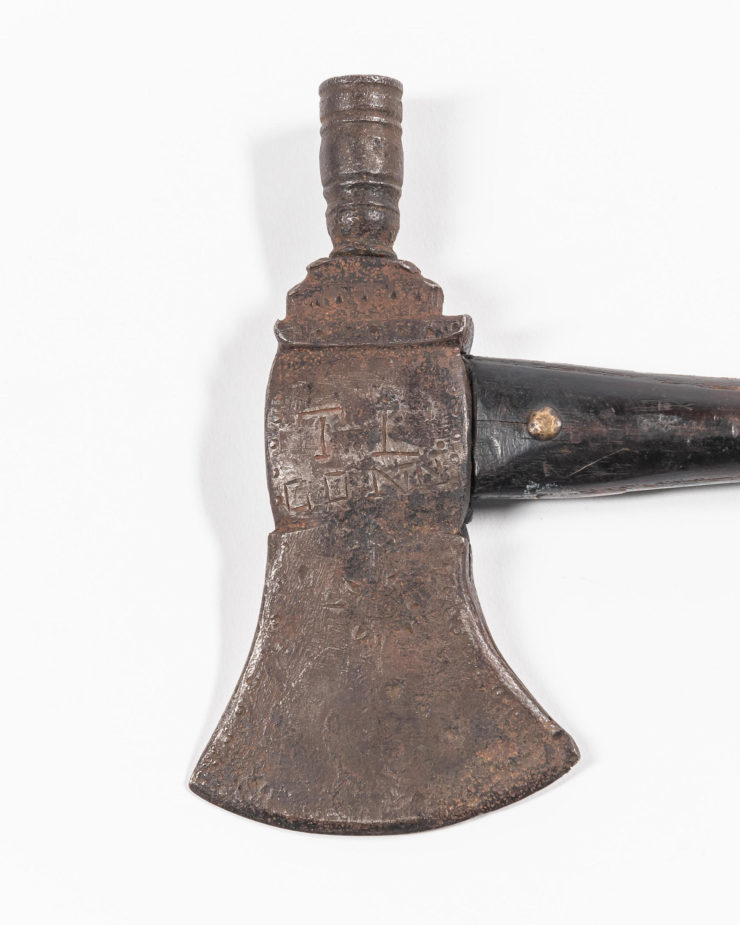 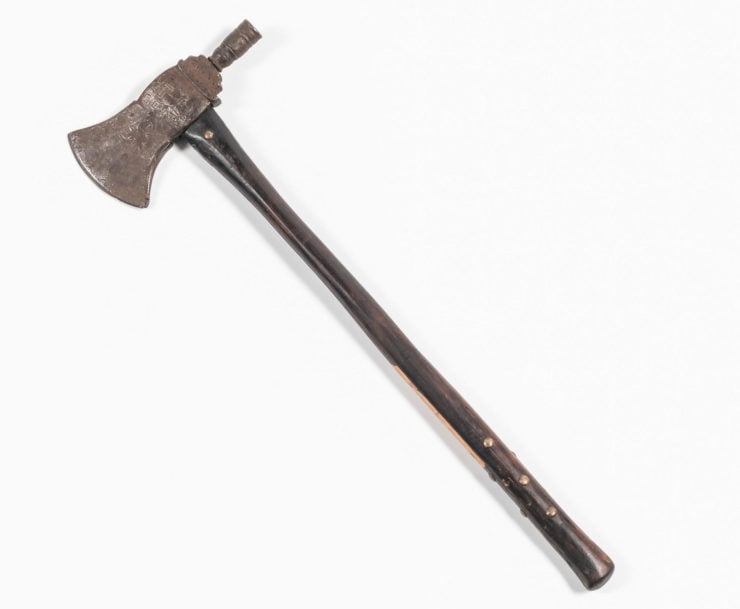