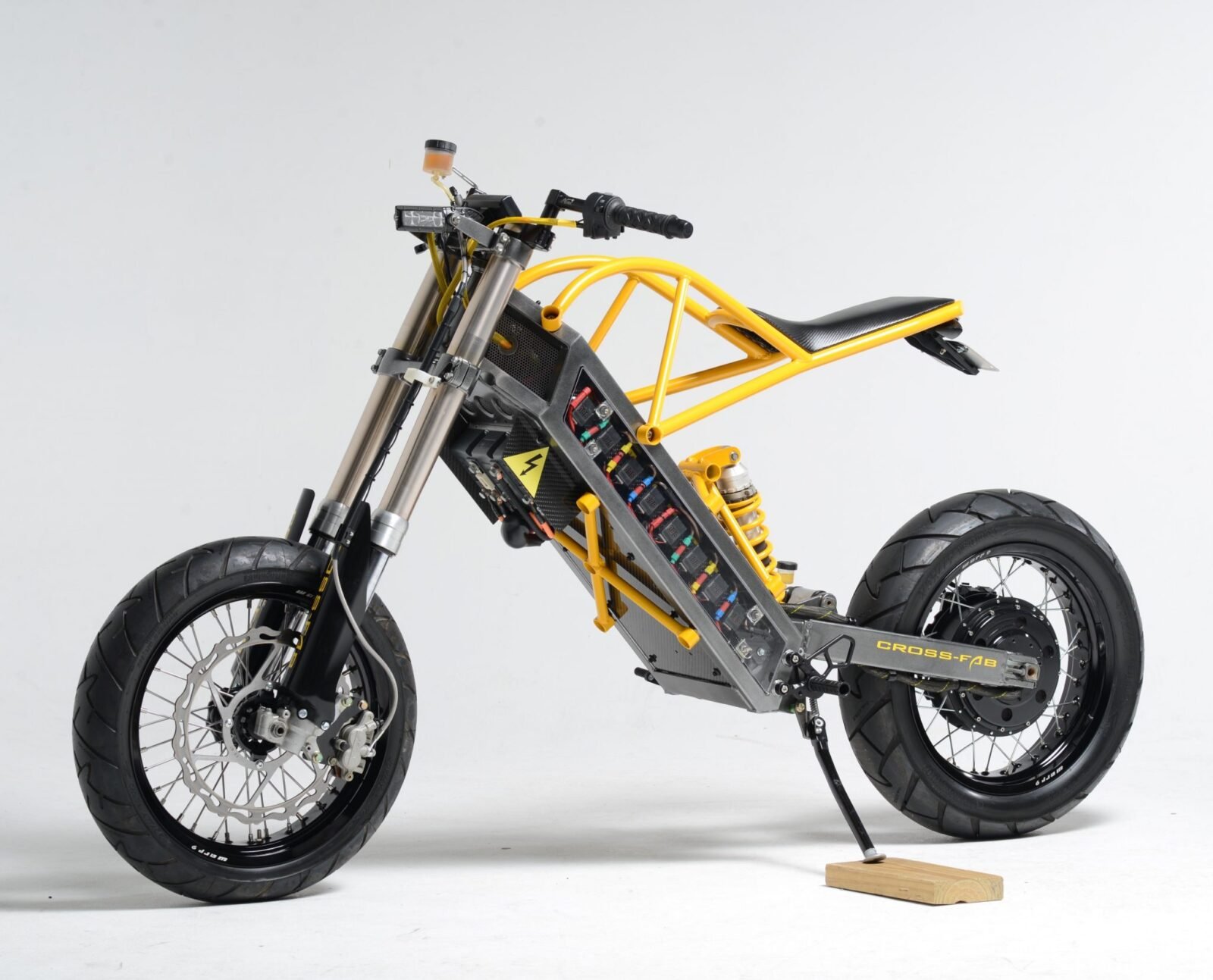 The ExoDyne is what happens when a talented veterinary orthopedic surgeon turns his attention to building himself an electric motorcycle. It’s there work of Alan Cross, an Atlanta based Vet who also happens to have a degree in engineering, and a wide swathe of metalworking and fabrication skills that are self-taught. Some people are almost irritatingly brilliant.

Alan has previously built everything from electric drift trikes to steam punk floor lamps, all of which he built by himself in his garage on weekends and in the evenings after work. The ExoDyne took 9 months of research, design, and fabrication work to complete, and Alan did it all himself – except for the seat upholstery and powdercoating.

The ExoDyne is based around a bespoke center box frame that directly connects the head stock with the swing arm pivot point – an arrangement generally seen as ideal by motorcycle engineers. The box frame contains 48 lithium polymer (LiPo) battery cells arranged in a 100V 32 Ah configuration, capable of a 600 A output but restricted to 200 A, and it weighs in at a reasonably feathery 48 pounds.

Lithium polymer batteries, or more correctly lithium-ion polymer, use a polymer electrolyte instead of a more traditional liquid electrolyte. They typically provide a higher specific energy than other lithium batteries, making them ideal for use in applications where weight is a paramount concern. Like cell phones, laptops, and electric motorcycles. 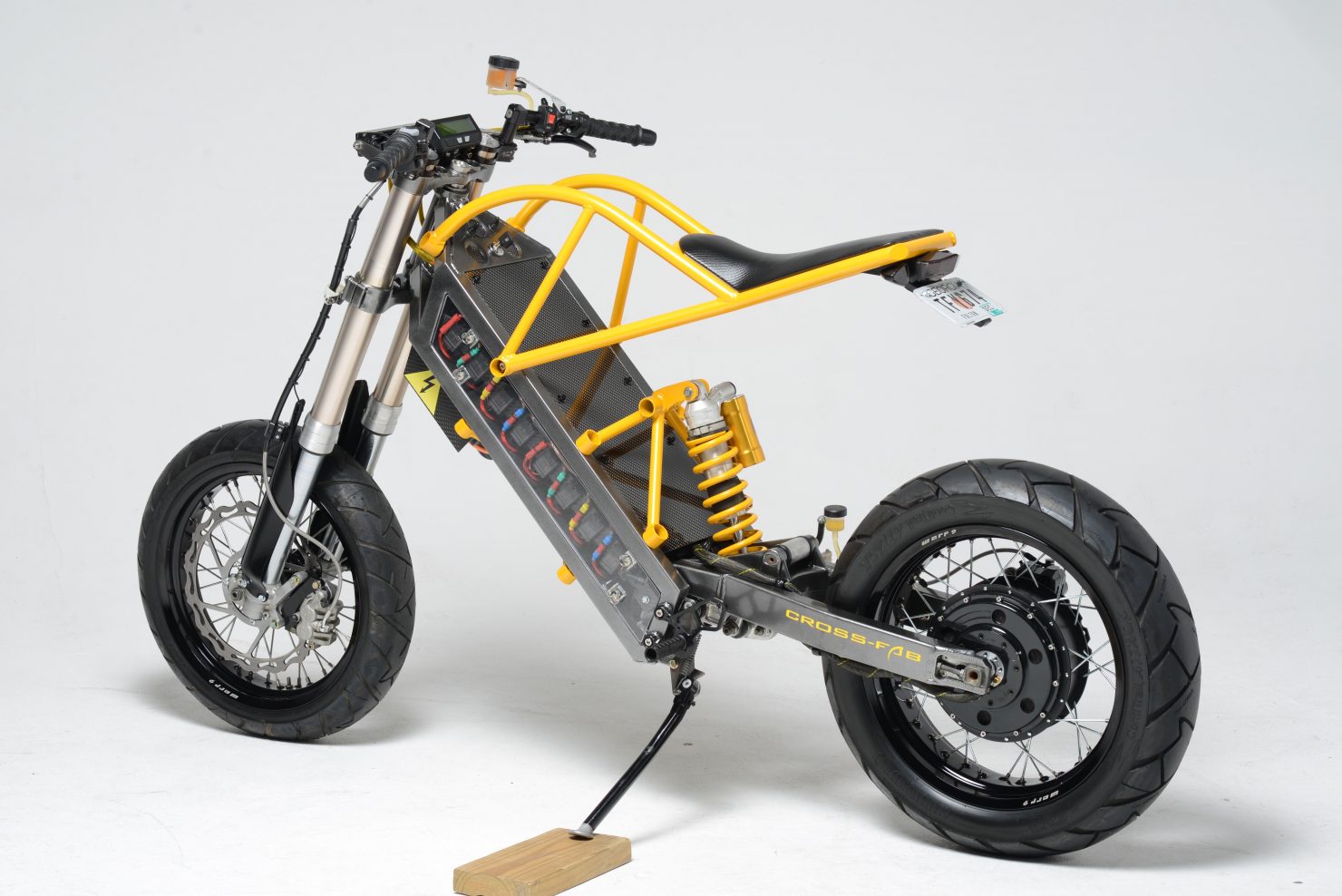 Power is provided by a rear hub 11 kW (30 kW peak) motor from EnerTrac, which uses a Sevcon Gen 4 motor controller. Alan explains that the electric motor provides exceedingly good torque, and thanks to the properties of electric motors it doesn’t need a gearbox – reducing drivetrain power losses.

The front fork was sourced from a 2005 Suzuki RMZ 250 and the headstock and rear swingarm are from a 1995 Suzuki RM 125. Alan designed and built everything else including the structure around the monoshock and the almost skeletal trellis frame.

The wheels were sourced from Warp 9 and there’s a Brembo brake up front with a Suzuki brake in the rear. Alan tells us that all critical hardware is titanium from ProBolt, non-critical is aluminum from ProBolt, and carbon fibre has been used where possible – this contributes to the low kerb weight of 248 lbs.

There’s a small CycleAnalyst heads up display to show mph, amps, total discharge, and other essential information, and the ExoDyne has a top speed of approximately 60 mph and a total range in its current configuration of 20 miles.

It’s unusual to see a bespoke motorcycle built to this level of fit and finish – typically it takes a team of engineers to turn out something like the ExoDyne, not a solitary veterinary orthopedic surgeon.

Alan has decided to sell the bike to fund his next project, if you’d like to get in touch with him you can shoot us an email and we’ll pass it along (our email is in the website footer). In the meantime, we’ll be staying in touch with him to bring you his next build. 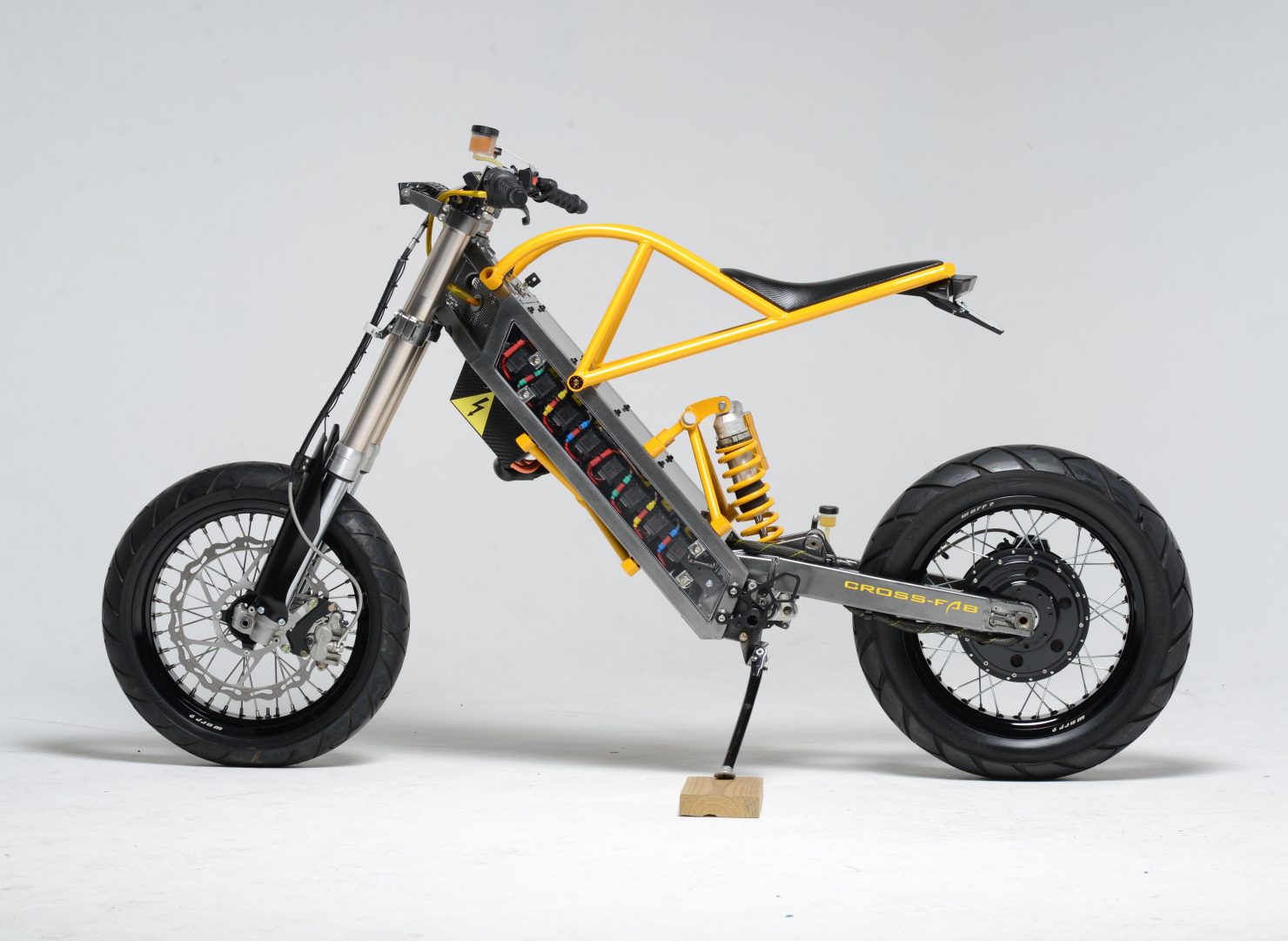 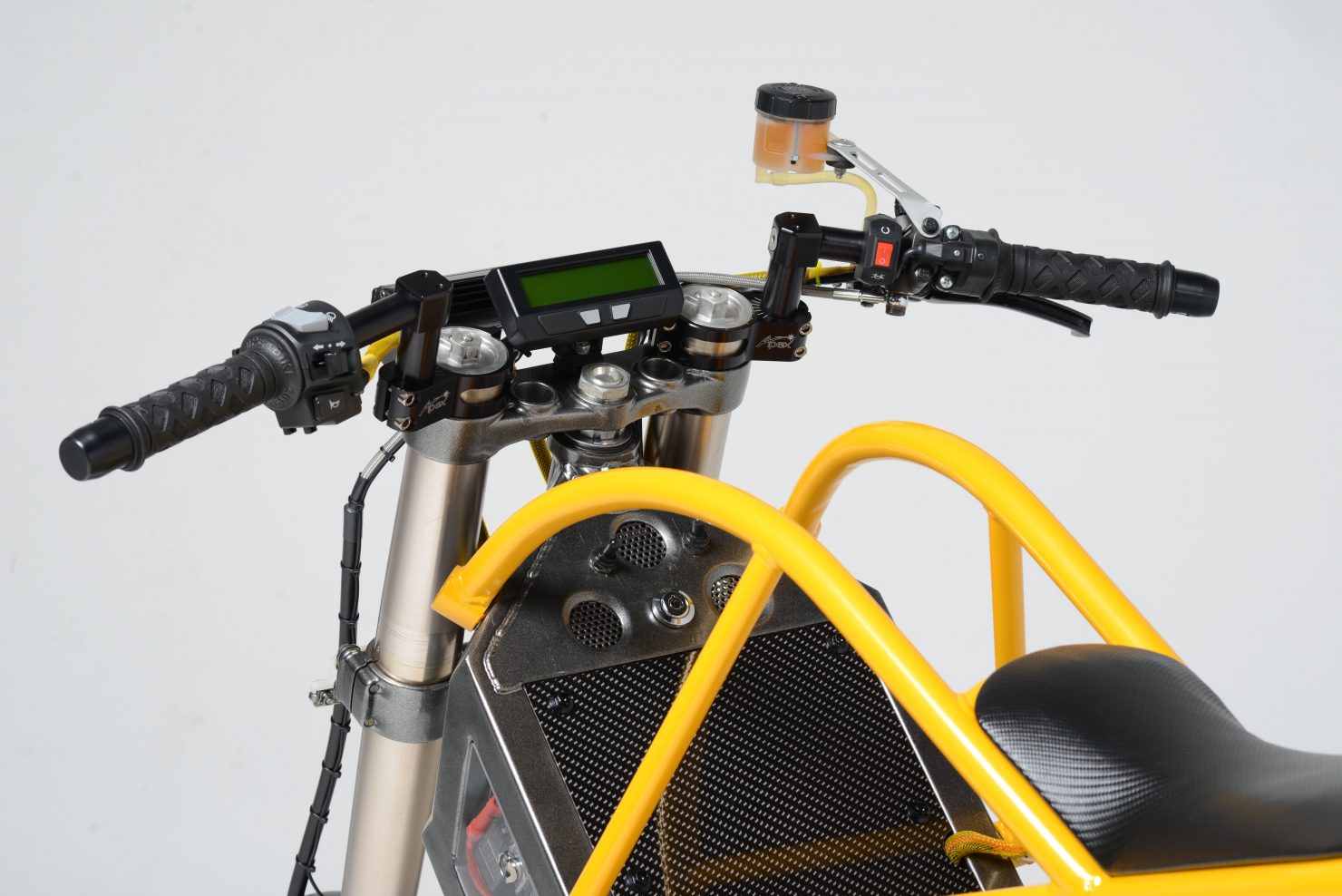 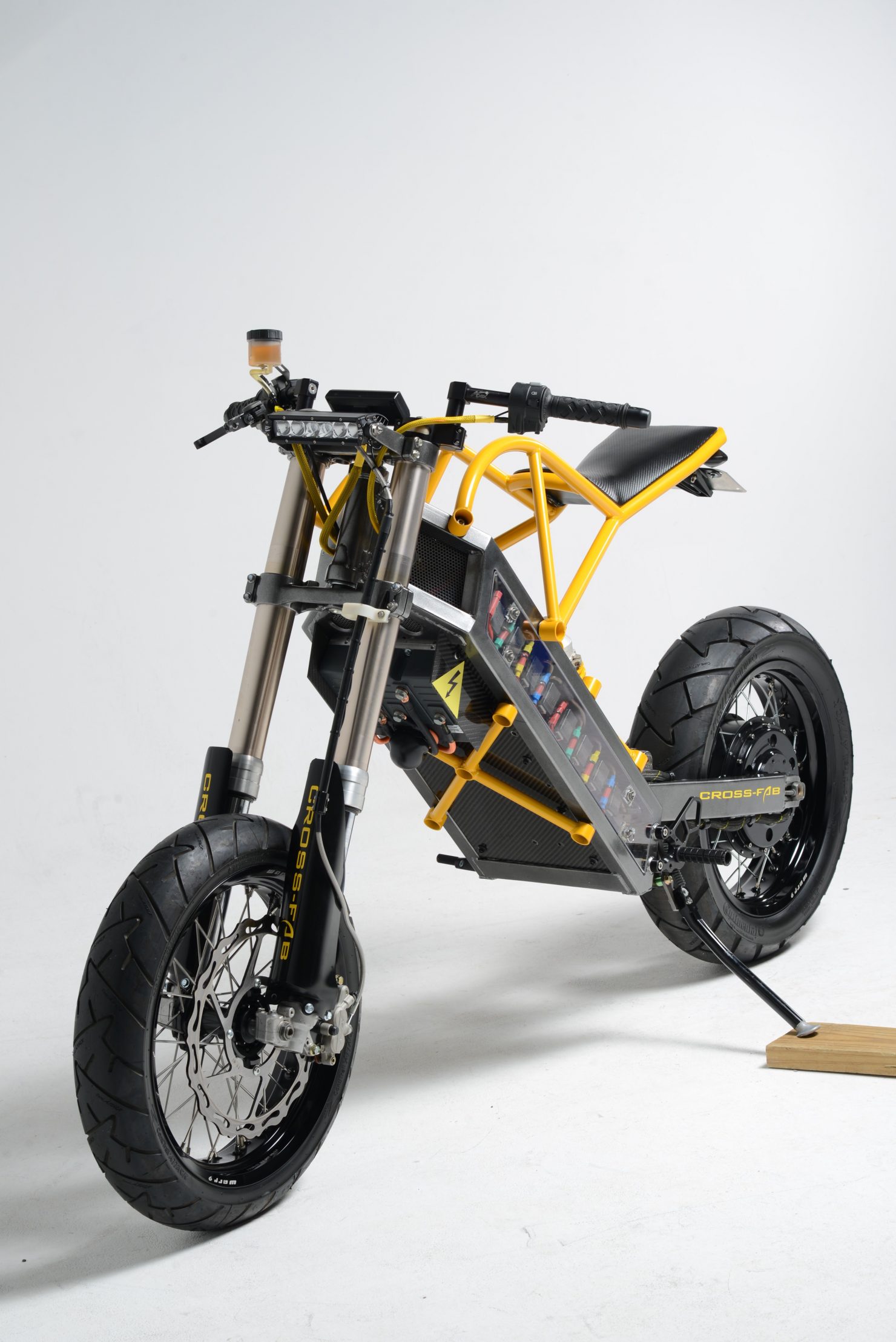 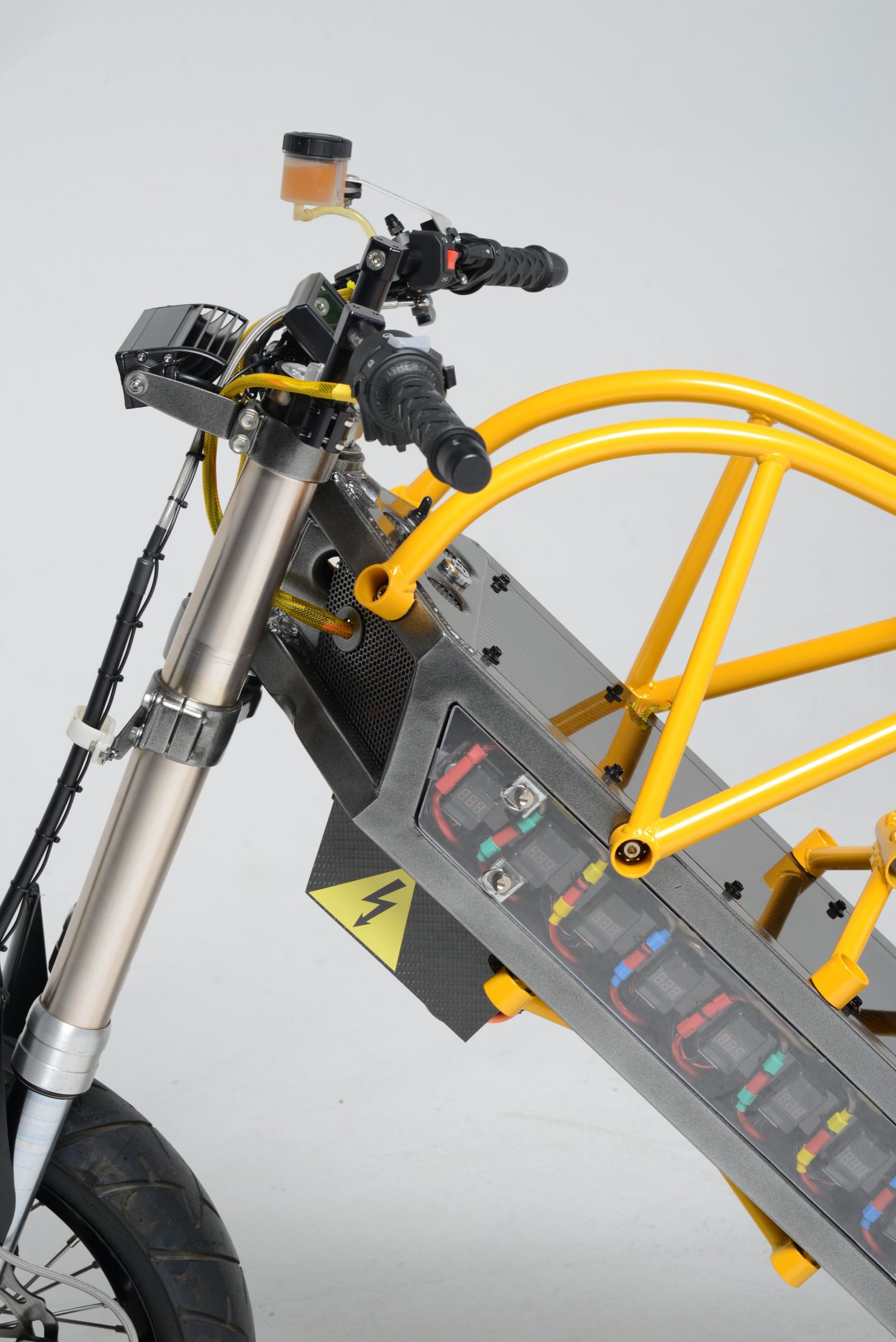 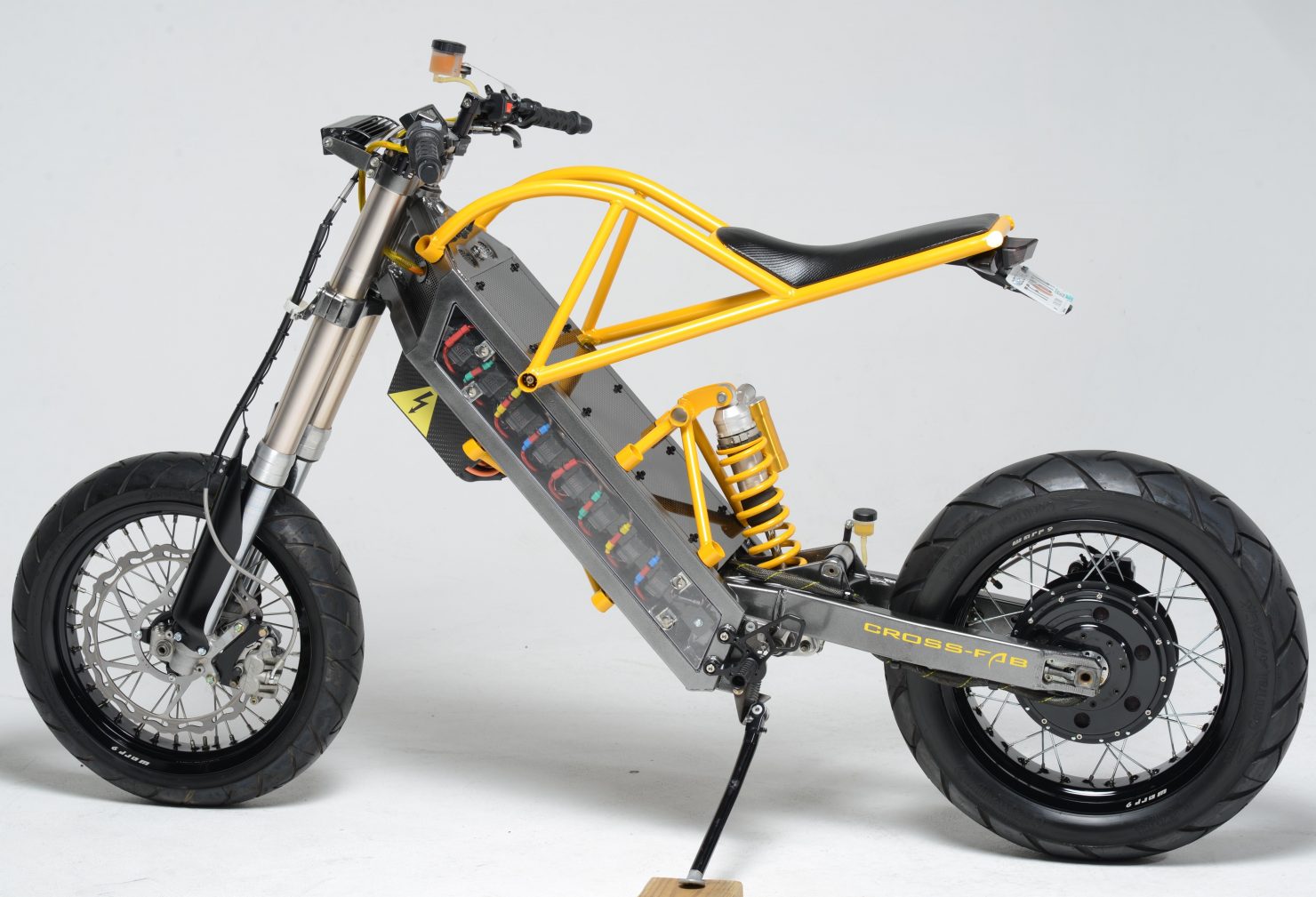 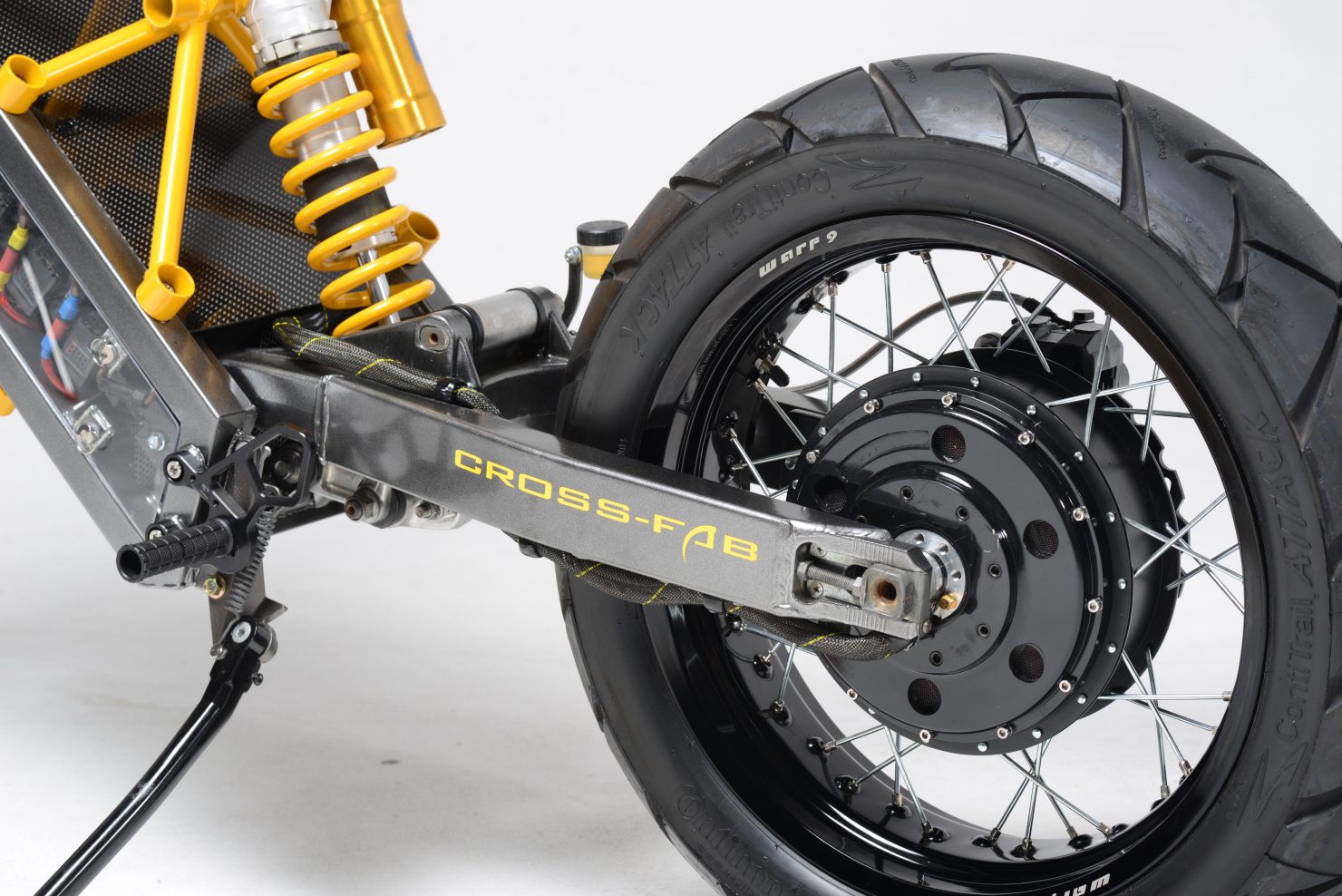 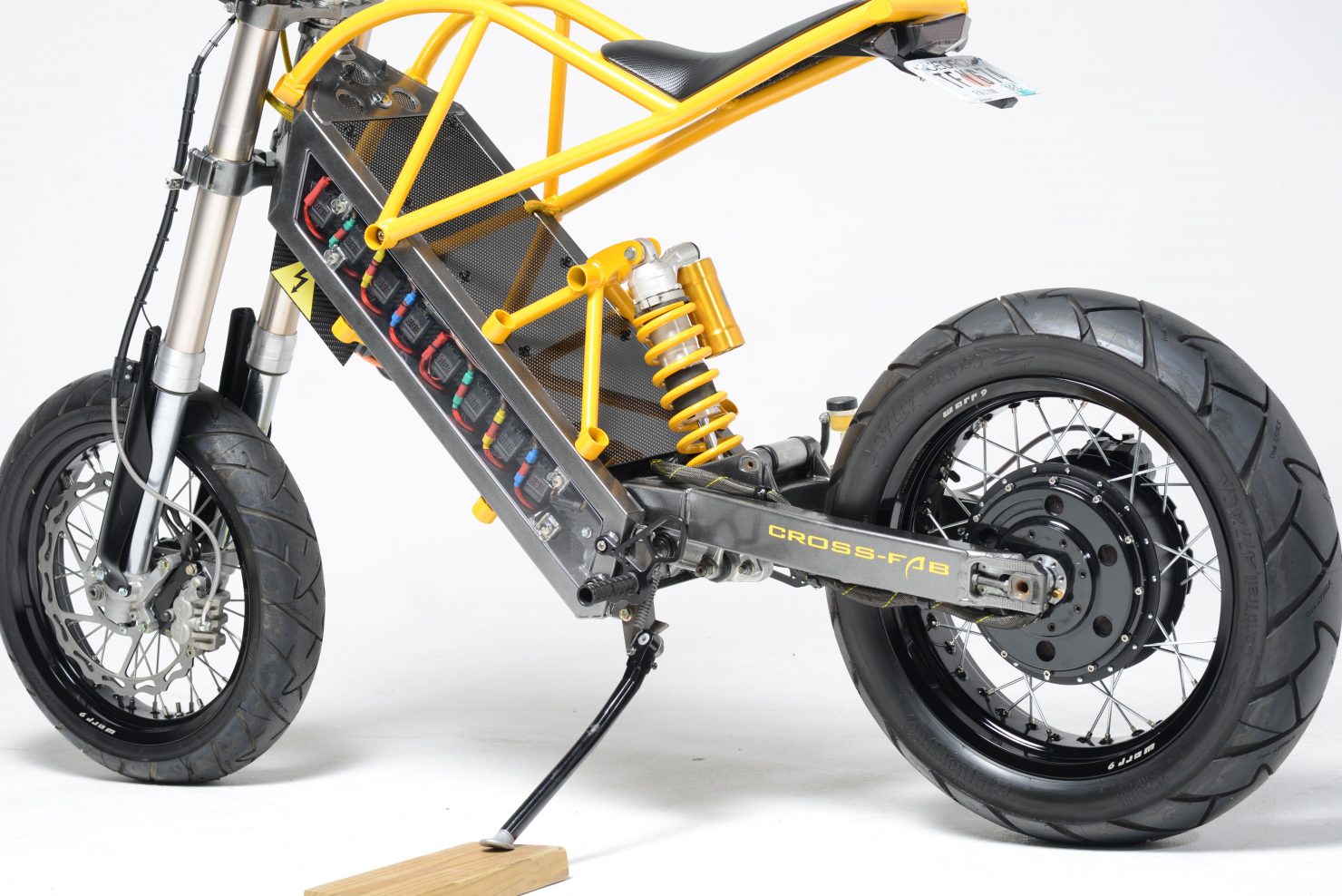 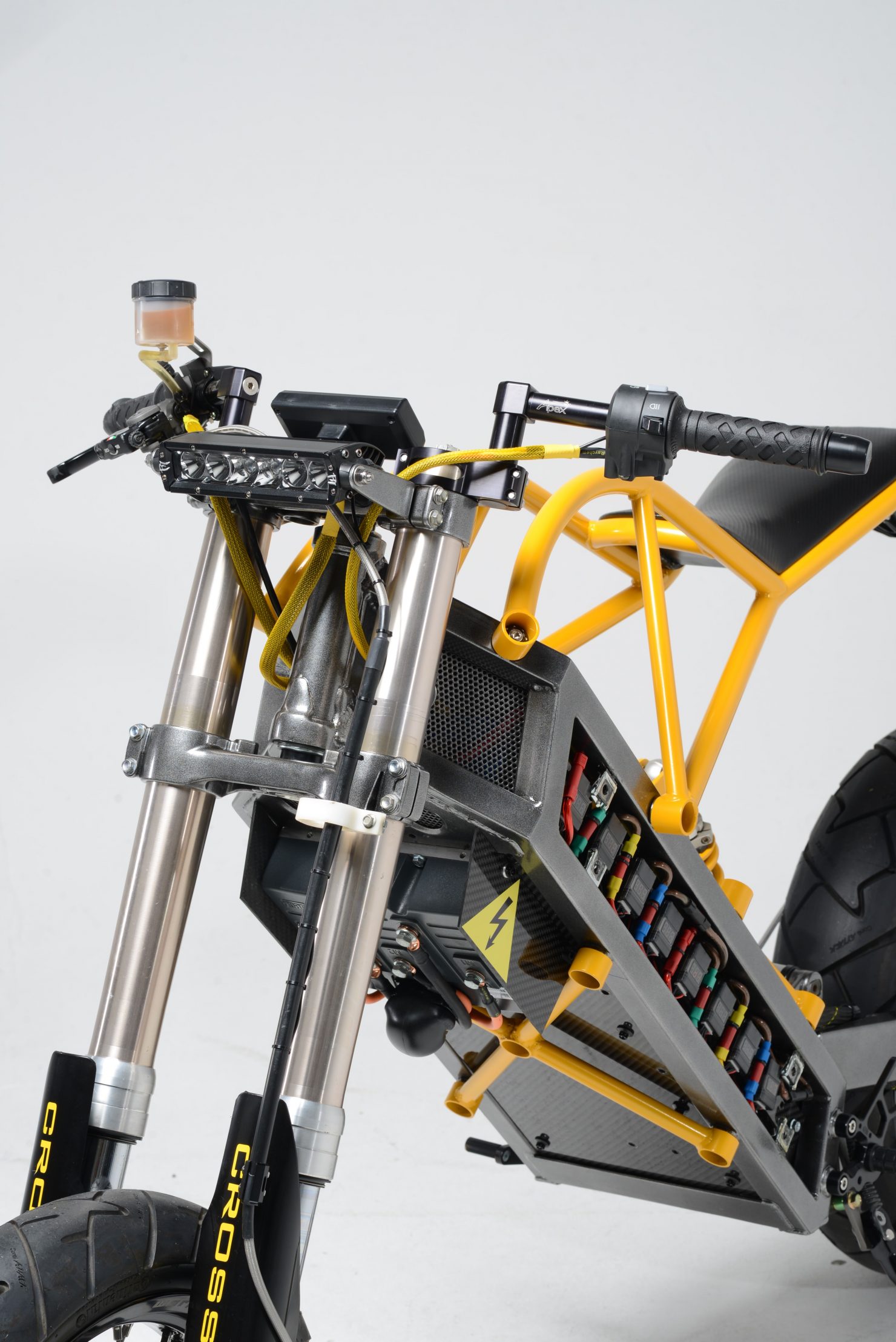 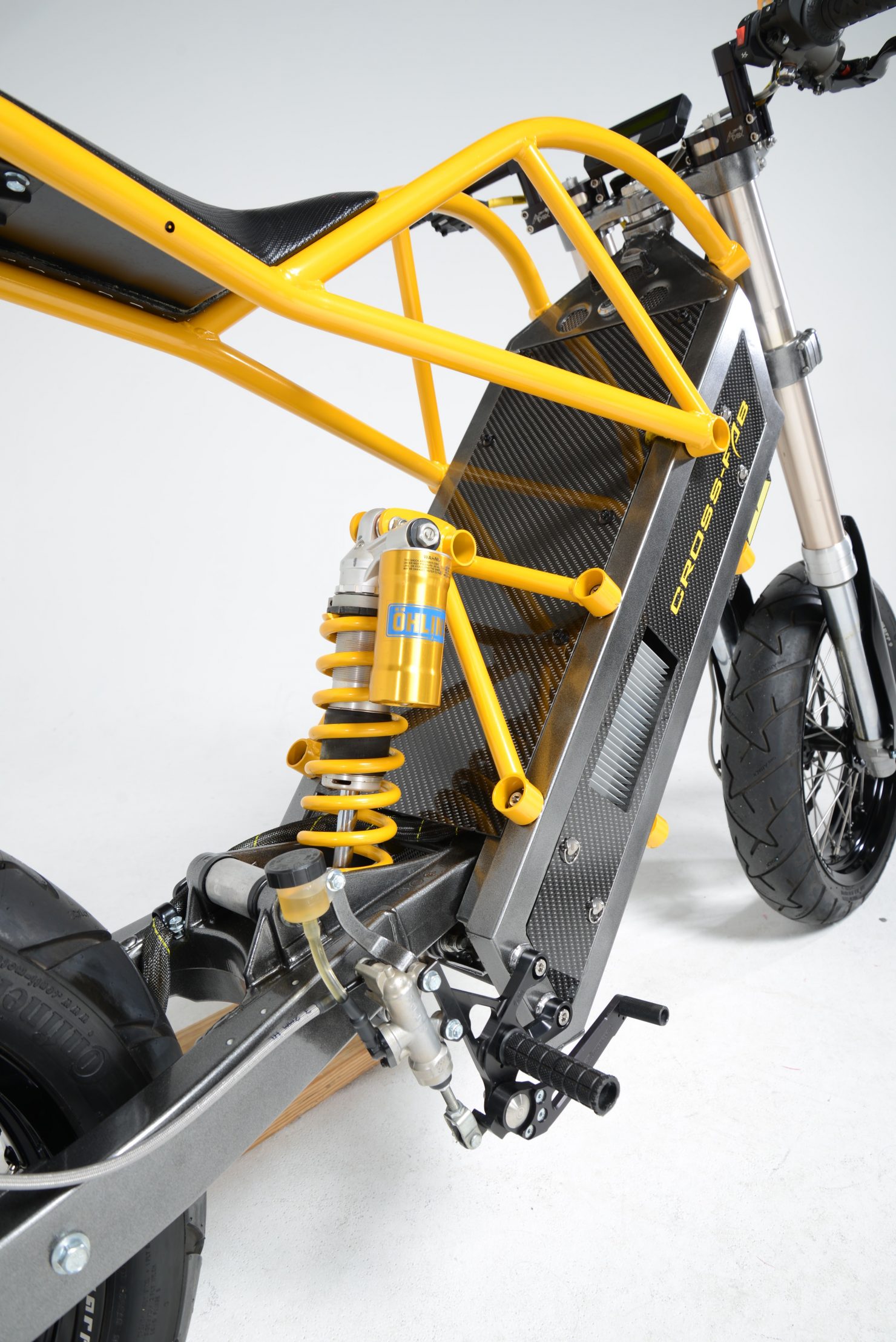 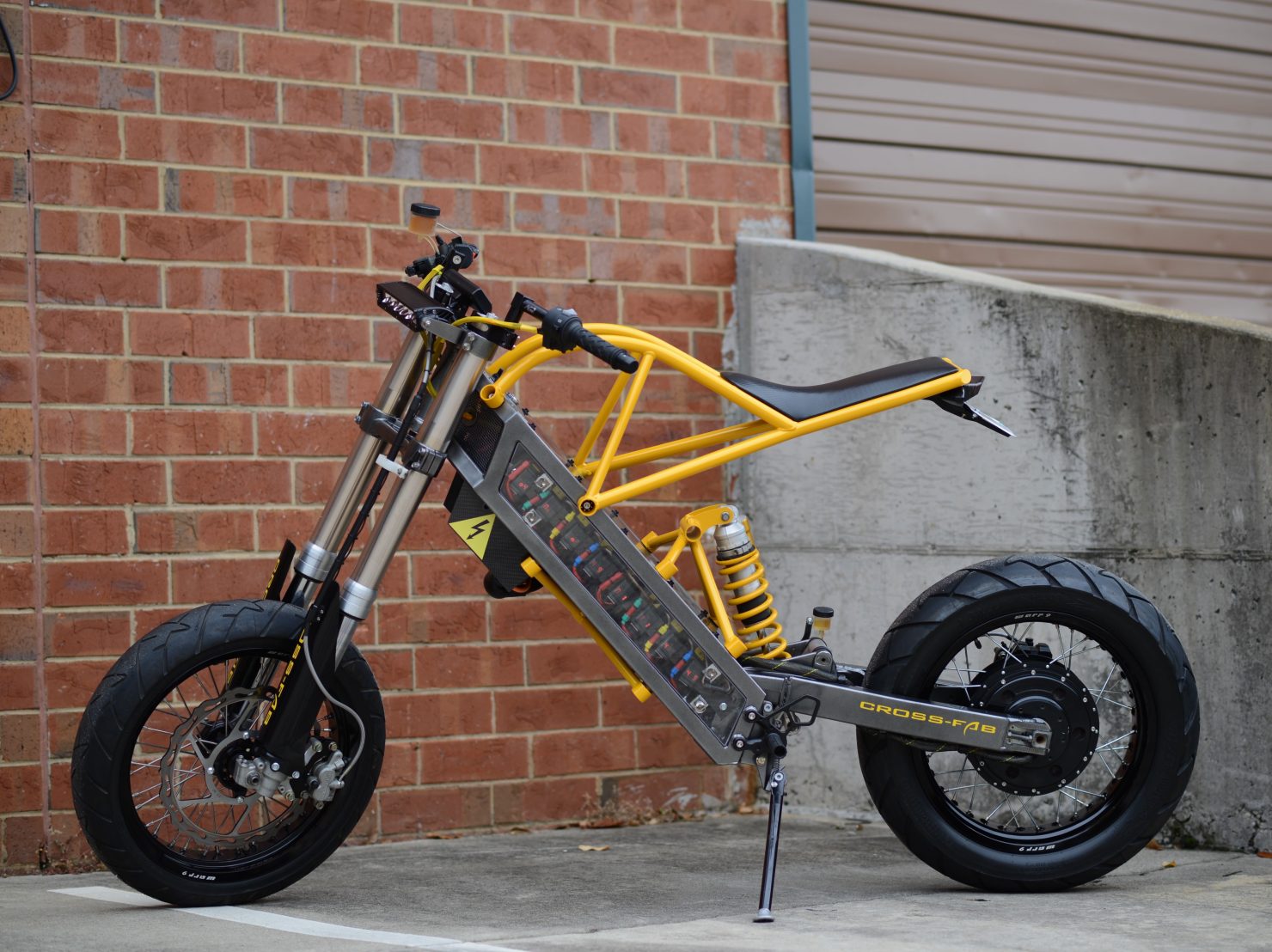 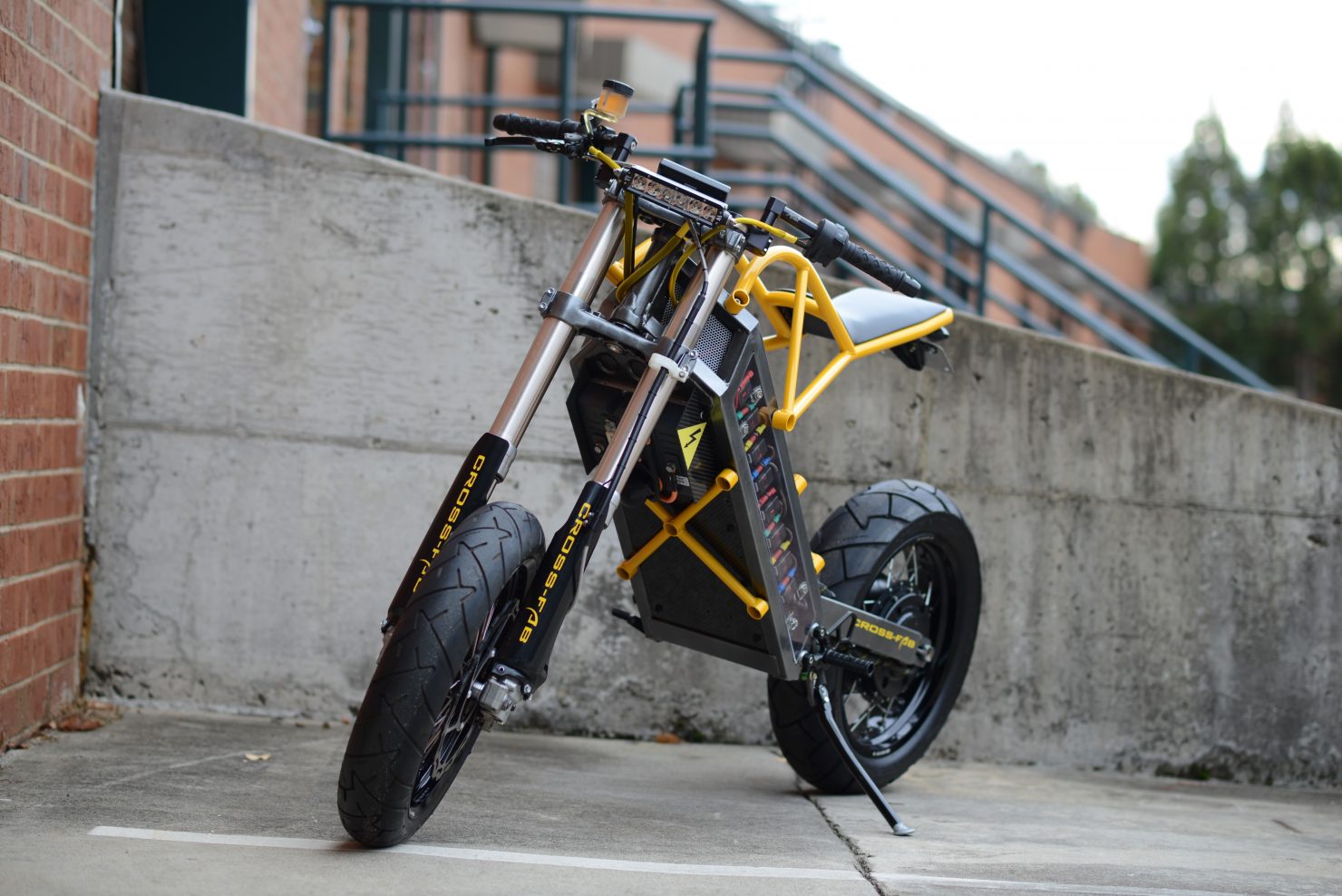 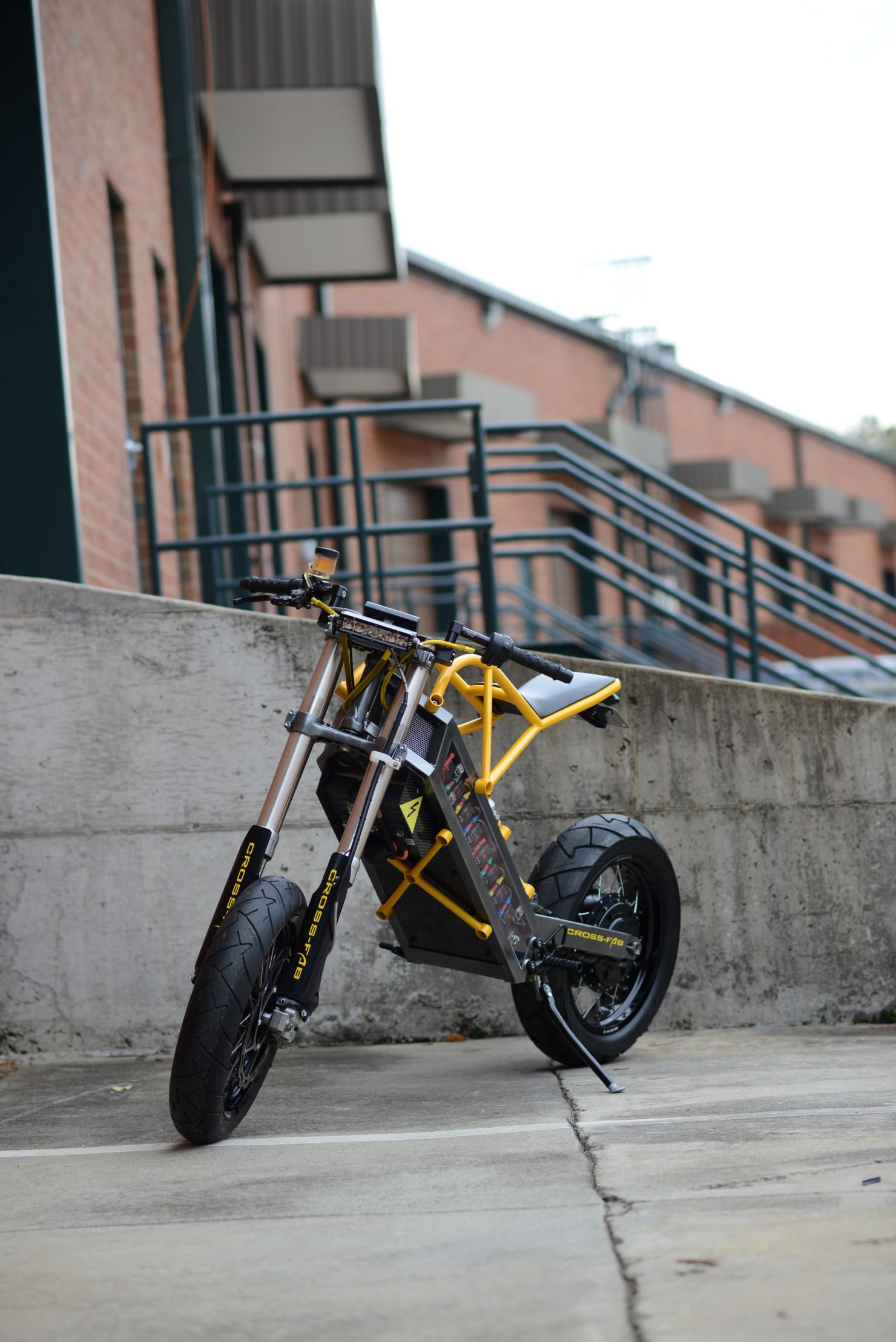 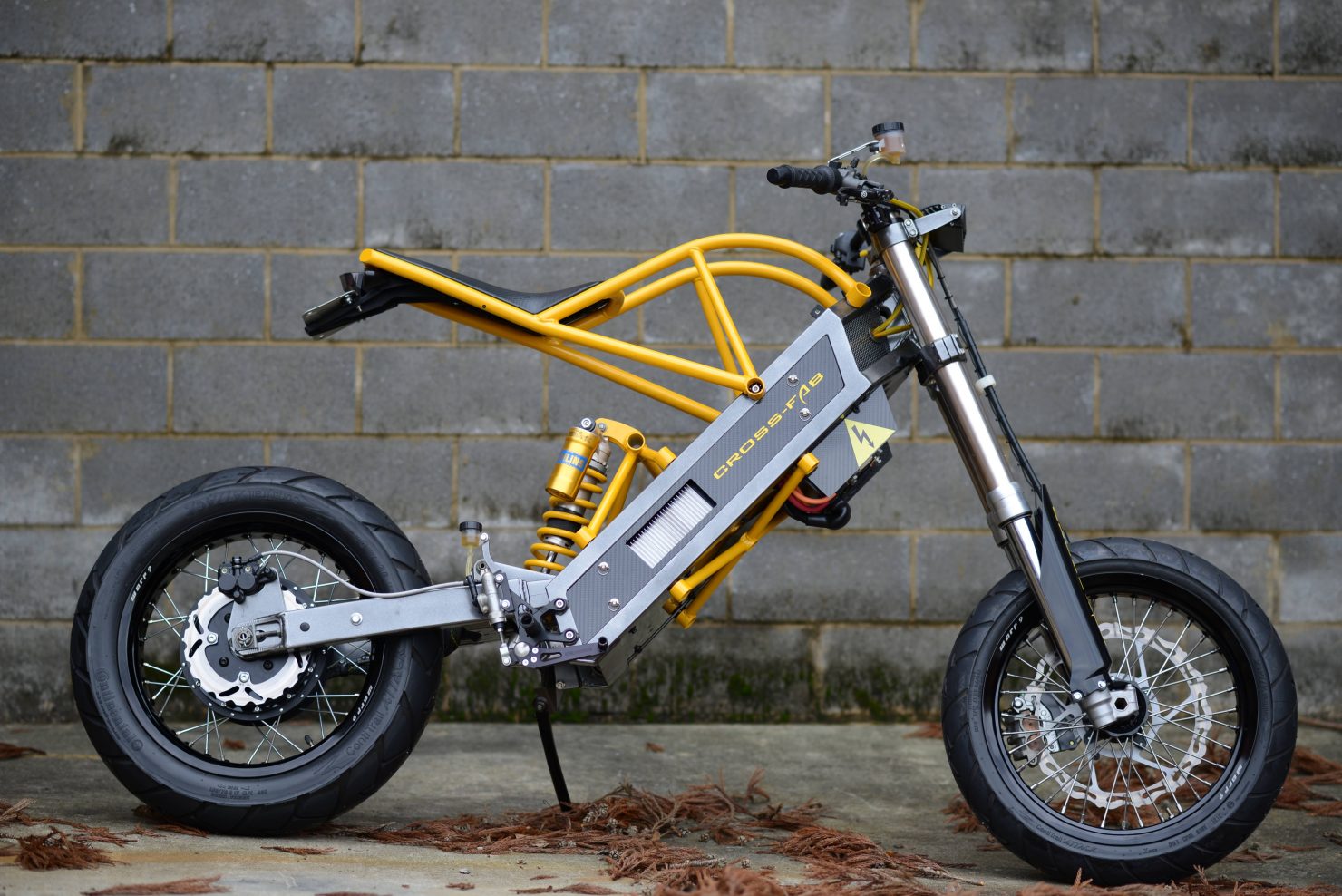 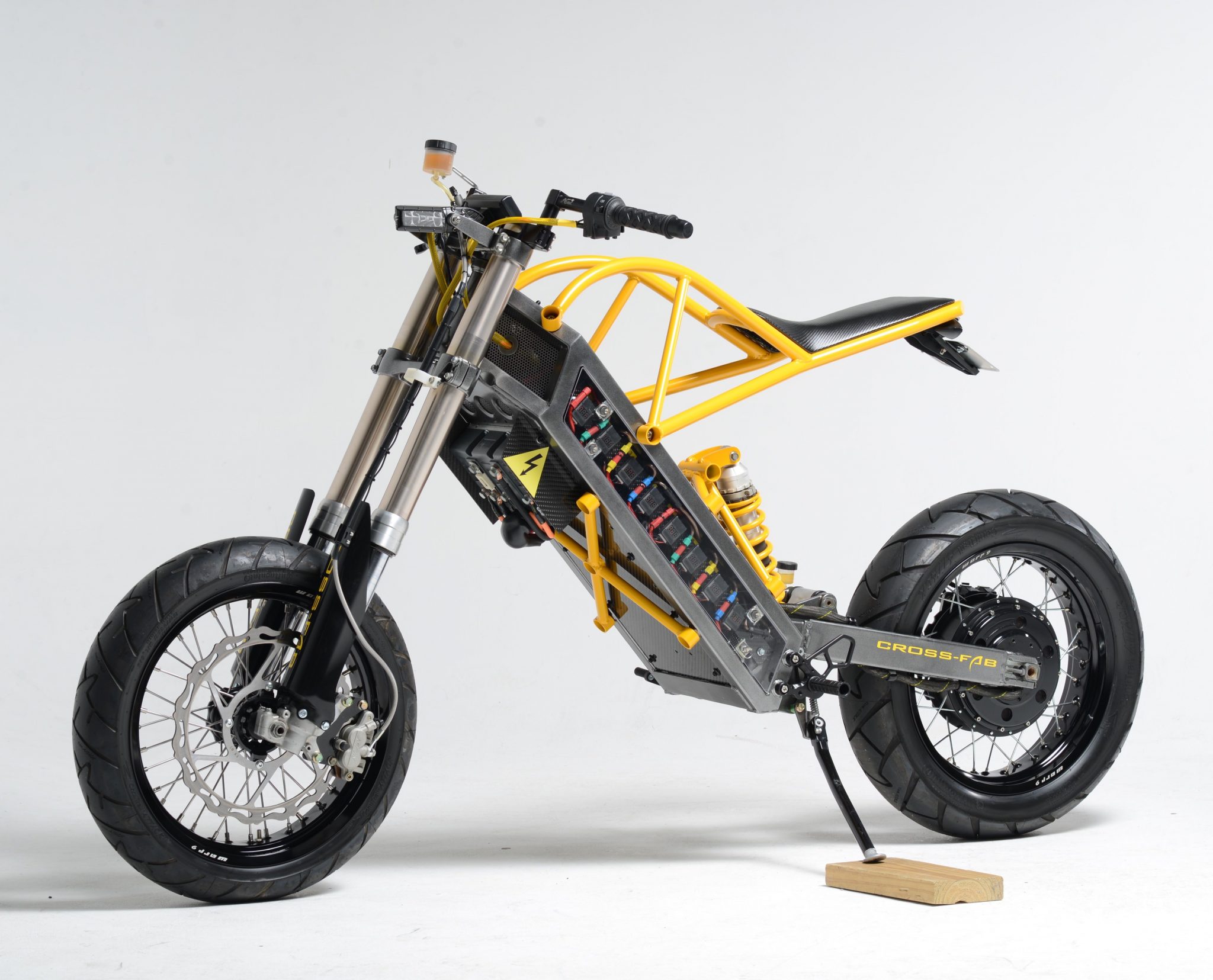