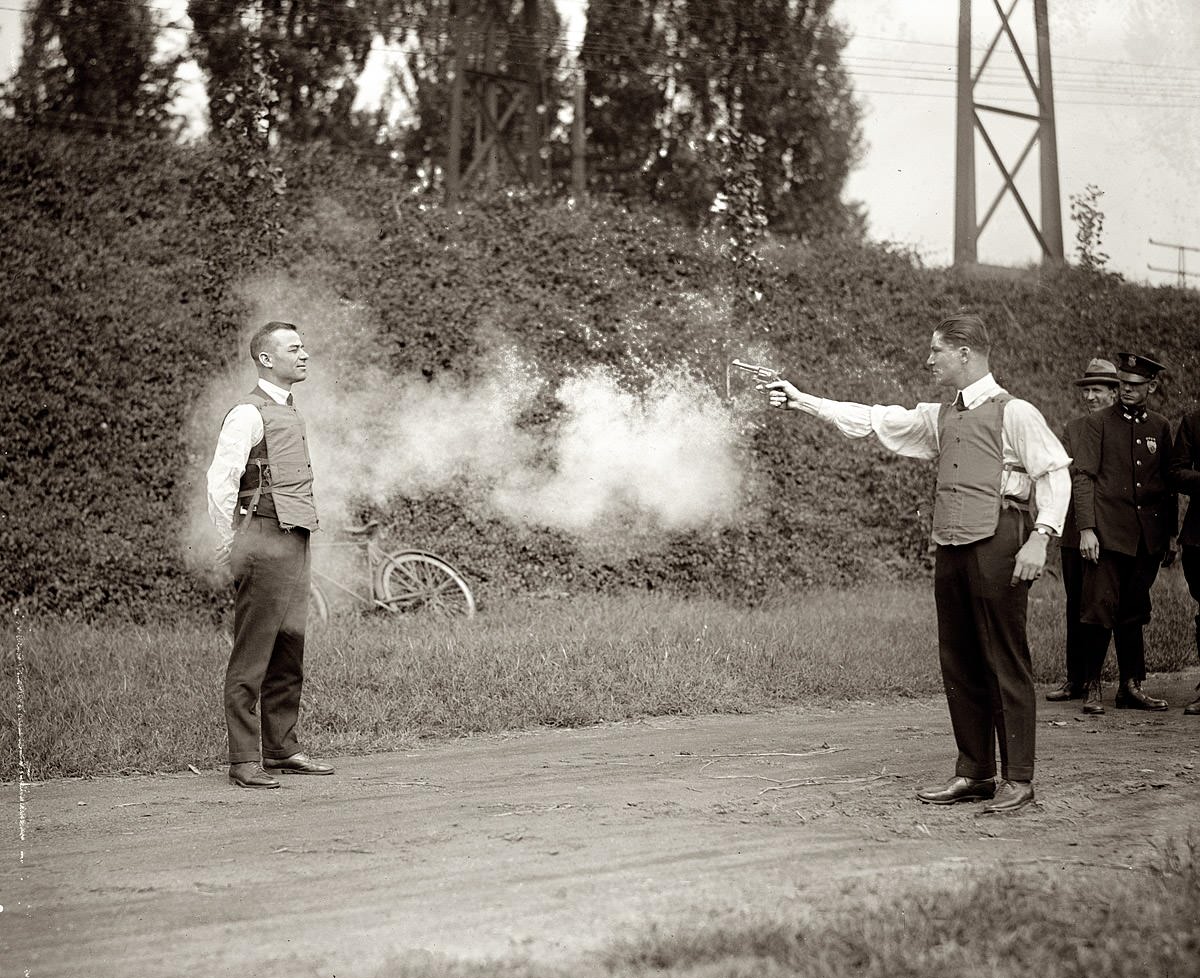 Many years ago, before the advent of “manscaping” and the resulting loss of a generation of men to the affliction of metrosexualism there existed real men. Men who went out wearing bullet-proof vests and took turns shooting each other, just to make sure they worked.