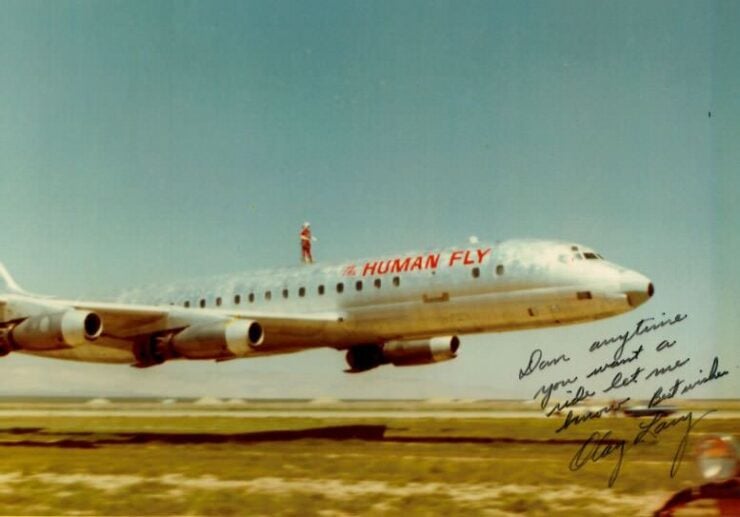 If ever there was a story that needed to be made into a feature film, it’s the story of Rick Rojatt – The Human Fly.

His most famous stunt was almost certainly the one you see pictured above, he mounted himself atop a Douglas DC-8 wearing a thin cotton suit, gave the  thumbs up and was then flown at speeds in excess of 280 mph at 5000ft. The plane encountered a light rain shower during the flight and pain of being hit by water droplets at almost 300mph was so excruciating that Rick passed out, then needed 6 weeks of hospitalisation to recover.

The comic book company Marvel created a character based around The Human Fly with the catchphrase “The wildest superhero ever, because he’s real!” and Rick Rojatt would travel around the country, always in costume, to attend charity events. These events were elaborately staged and there’d invariably be a comic book villain waiting at each event to steal the money that had been raised. The Human Fly would triumph over him in the end and the children in attendance would almost lose their minds with glee.

The last recorded stunt performed by The Human Fly took place at the Montreal Olympic Stadium in 1977, he was to ride a specially built rocket-powered Harley-Davidson over 27 busses with a view to beating Evel Knievel’s world record of 13. His rocket-bike was built by Ky Michaelson and the story around the bike, the jump and the aftermath are well worth a read.

The below video is a 7 minute trailer for The Human Fly 101, a documentary about Rick. If you work for Universal Studios, make this a feature film. And get it written by Aaron Sorkin. 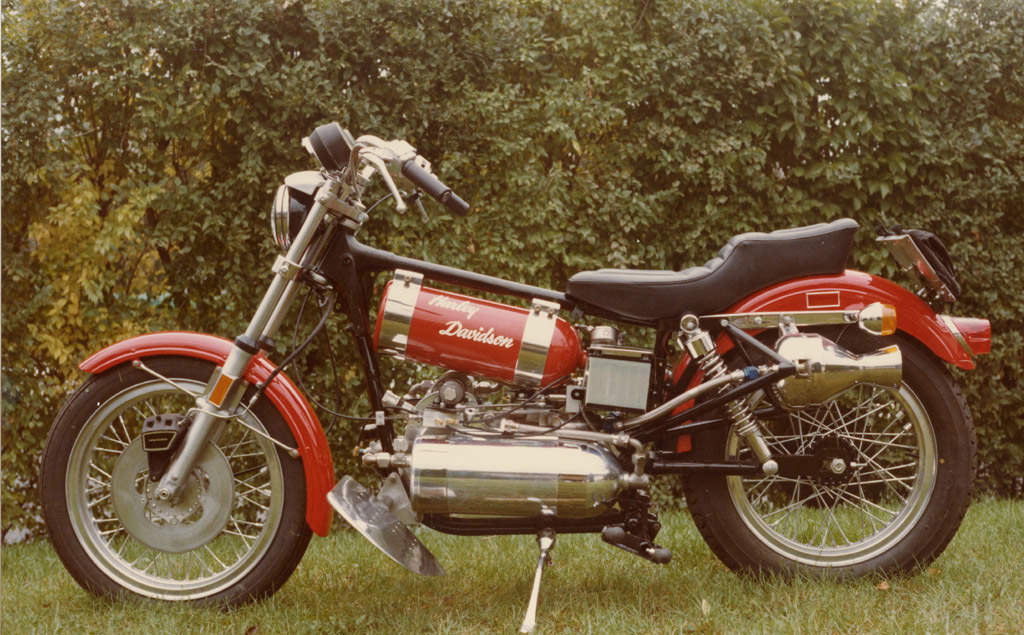 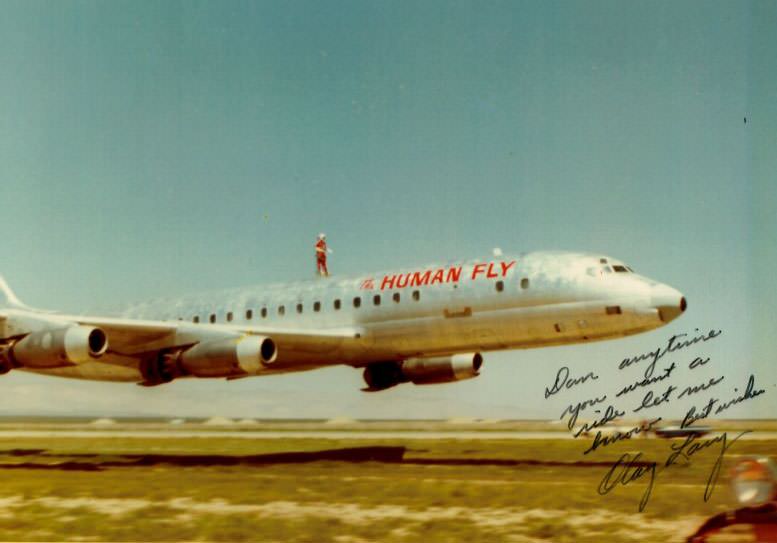