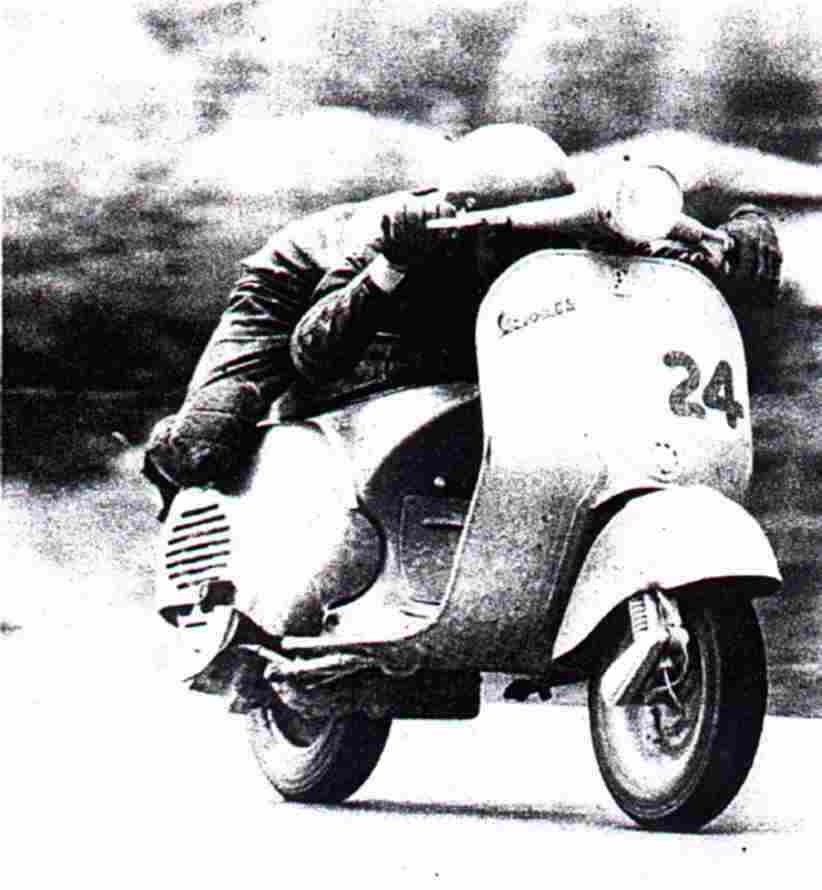 After last weeks popular post about racing Vespas on the roof of the iconic Fiat Factory in Turin, I did a little more research into scooter racing and came across this wonderful old picture of a chap hammering along on his Vespa, looking for all the world like Rollie Free.


Published by Ben Branch - October 16th 2012
Related Posts
For Sale: A Vincent Black Lightning – The Fastest Production Motorcycle In The World In 1948