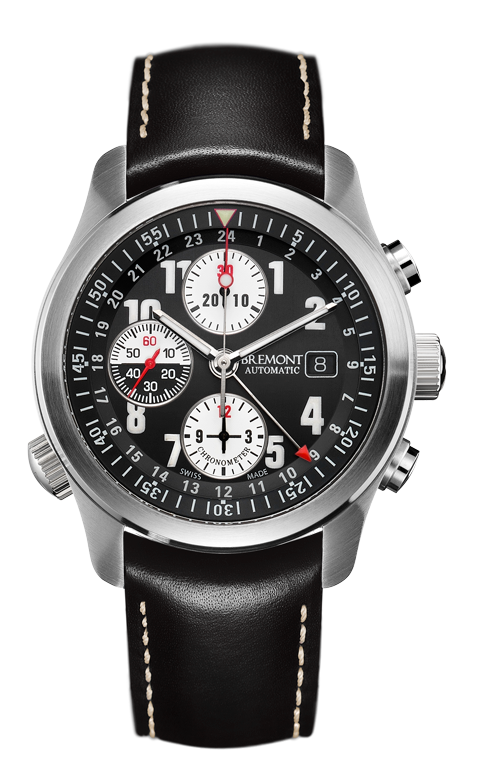 Bremont is British watchmaker famous for creating timepieces that can handle staggering extremes in temperature, air pressure and water pressure, one of the models can even handle being ejected out of a U-2 spy plane at 100,000 feet into -40C at 600+mph. This capability becomes immediately useful the next time the mother-in-law comes to visit.

This is the ALT1-Z Zulu model from Bremont, it’s designed specifically for aviators and other world travellers who need to be able to display two timezones on the same watch. If you look at the small, red arrow on the watch face you’ll see that it follows its own series of numbers, holding accurate military time (2400). The upper elements have the usual hour, minute and second hands, thus allowing a twin timezone on the same face without having to fiddle with infernal buttons.