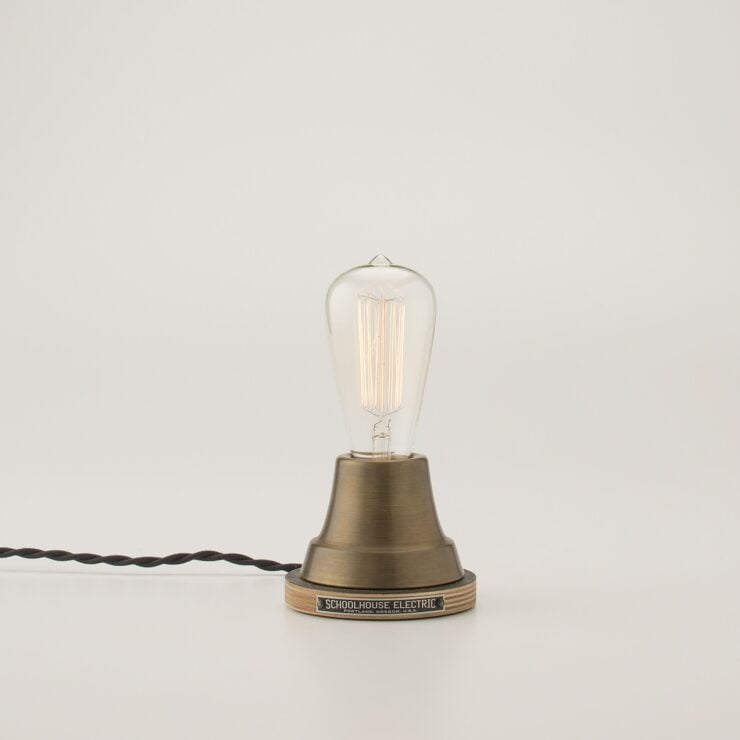 When it comes to adding lights to a garage, shed, den or man cave it’s imperative to choose something with a soft light that’s easy on the eyes, so that the hours you spend in there working on your chosen avocation don’t lead to any more headaches than are absolutely necessary.

This desktop lamp by Schoolhouse Electric & Supply Co. is fitted with a Marconi bulb, a solid Baltic Birchwood base and 6 feet of twisted, black cloth cord with a bakelite plug. 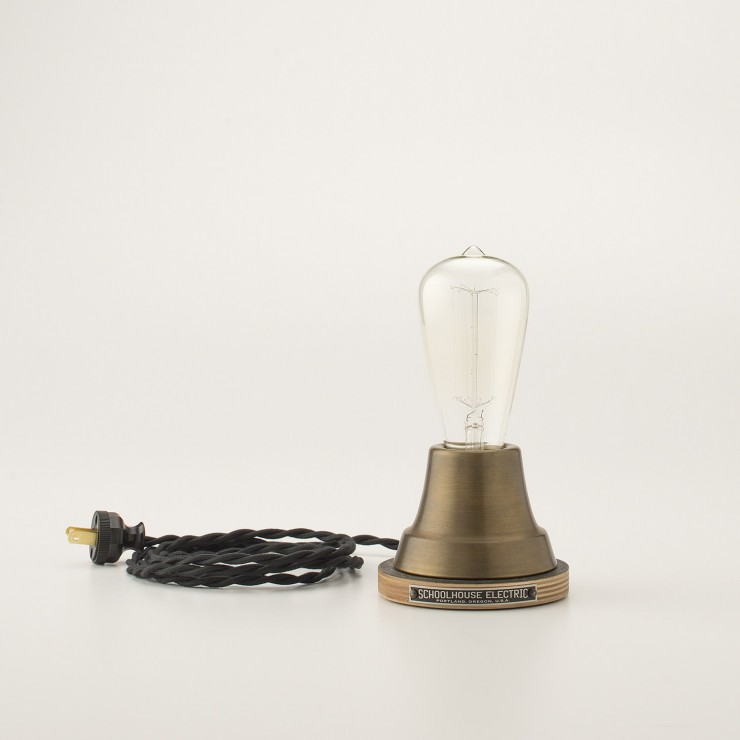 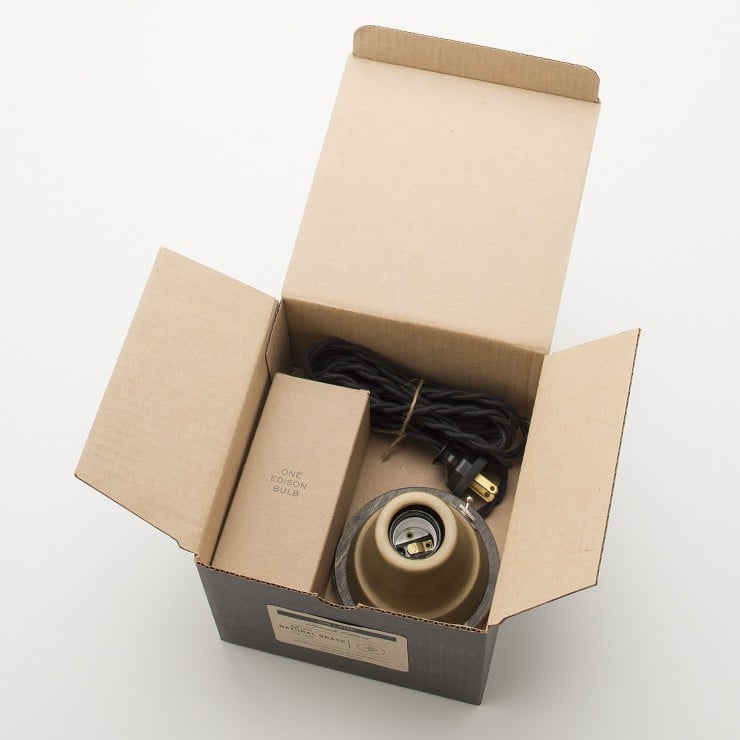 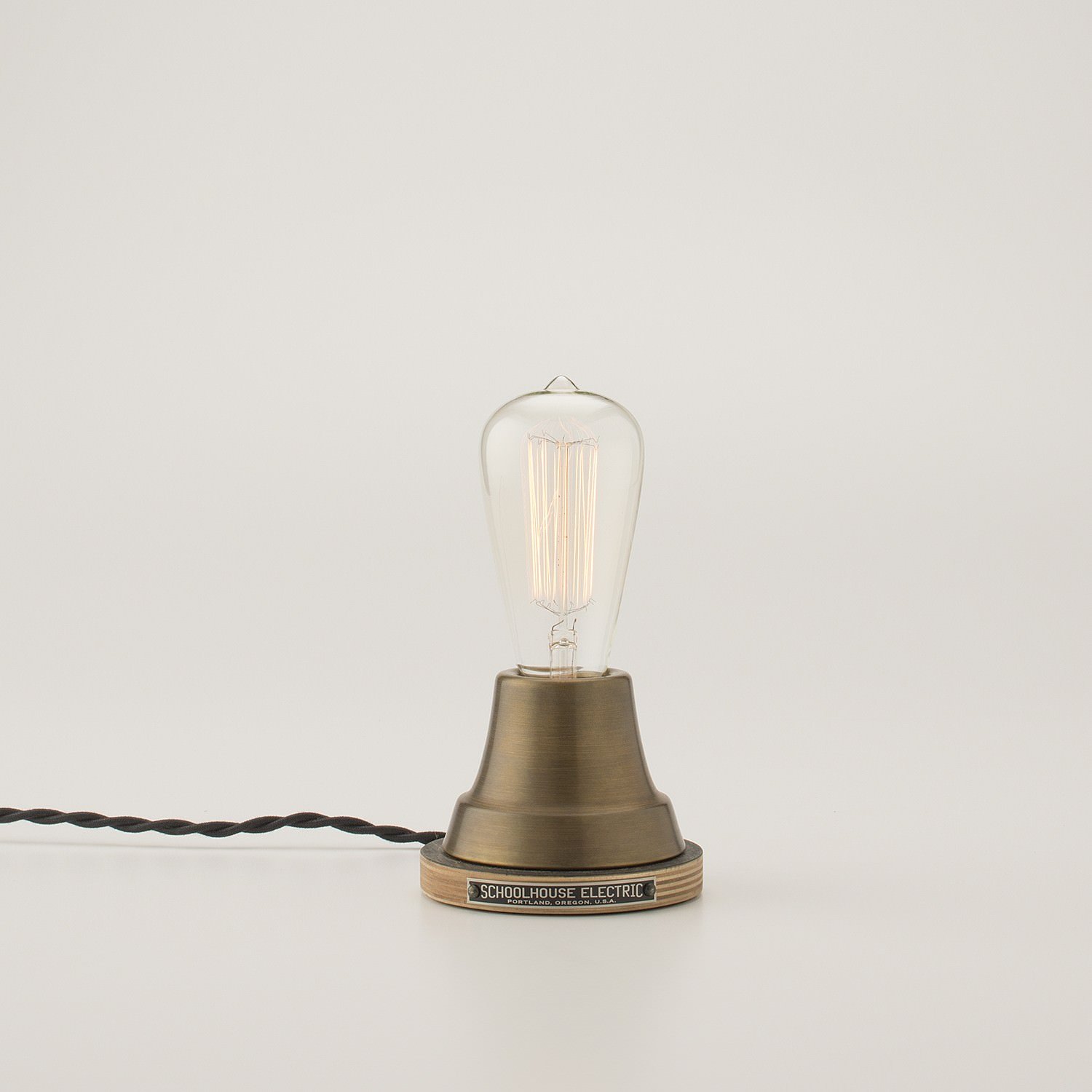 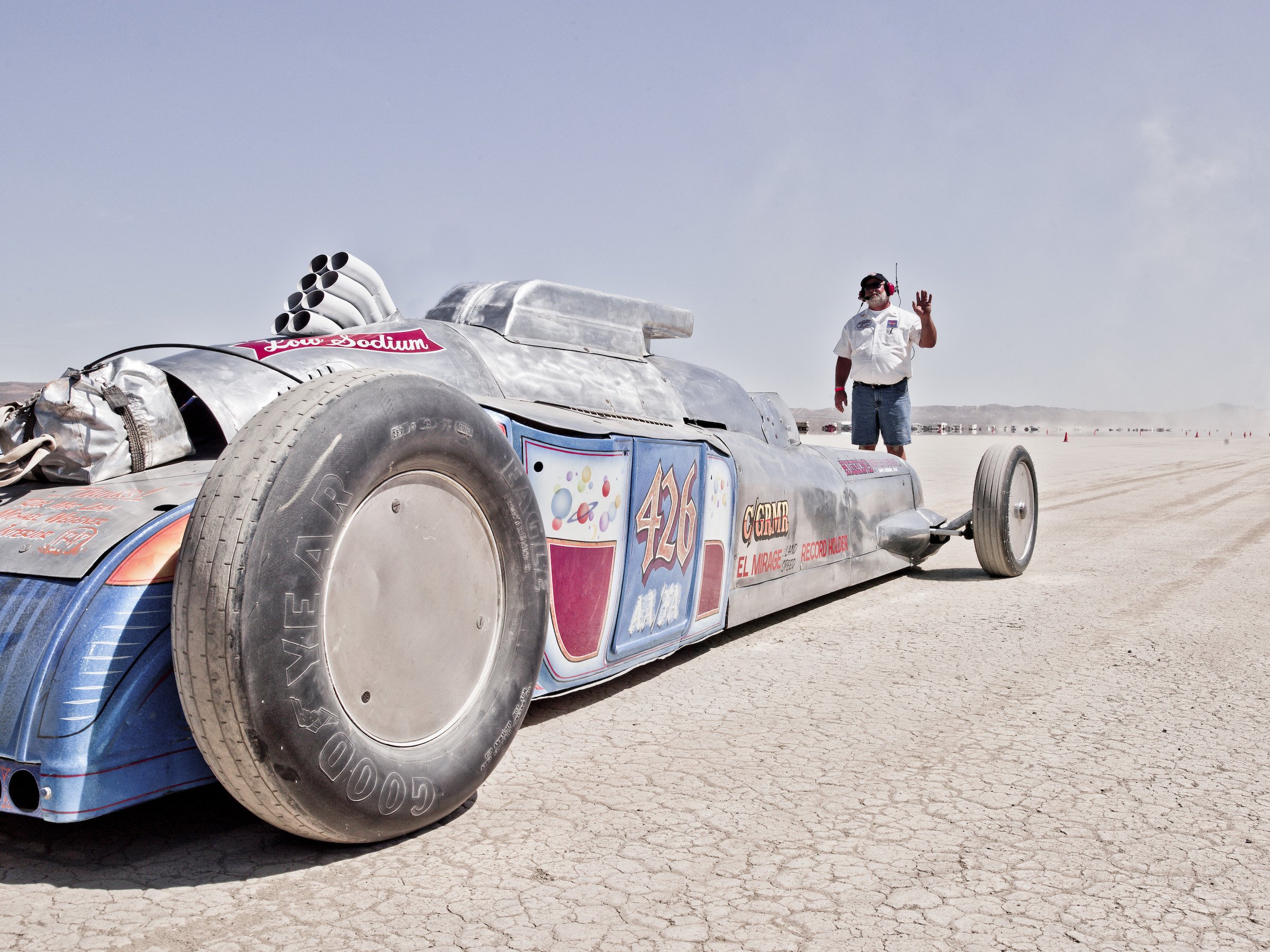