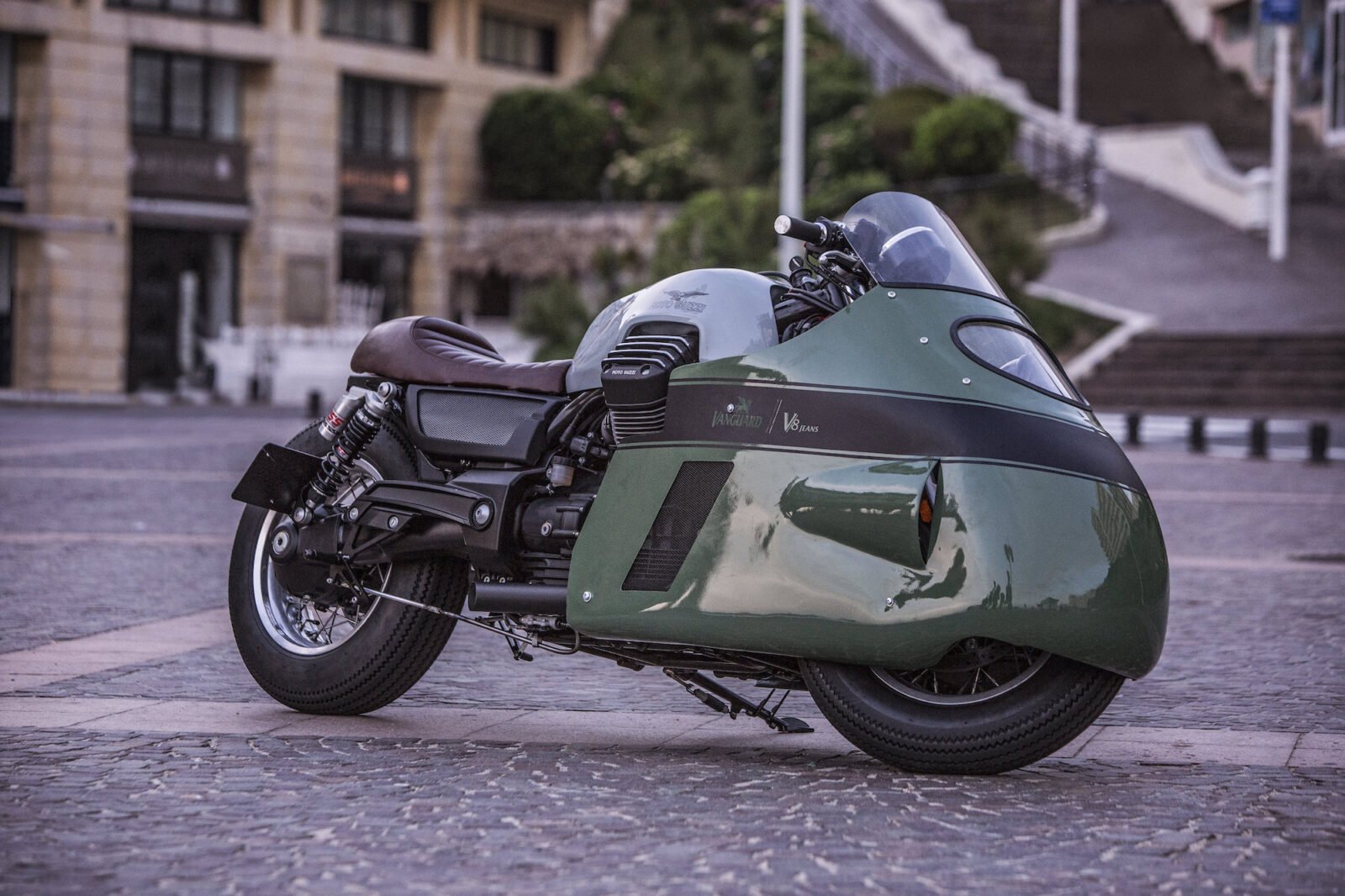 The original Moto Guzzi V8, otherwise known as “the Otto”, was developed in the mid-1950s by Dr Giulio Cesare Carcano for the Moto Guzzi Grand Prix racing team. As the name implies, it was powered by a staggeringly advanced V8 engine with a capacity of just 500cc. This engine had twin cams, an individual carburettor for each of the 8 cylinders, a total weight of just 45 kilograms and an output of 78 hp at 12,000 rpm.

This miniature V8, coupled to its advanced aerodynamic fairing gave the Moto Guzzi a top speed of 172 mph – it wasn’t until the 1970s that this speed would be surpassed in Grand Prix level motorcycle racing. Unfortunately, the frame, brakes, and suspension of the bike weren’t up to the task of managing the performance – and the bike didn’t enjoy the kind of racing success that the engine probably deserved.

The motorcycle you see here is a modern homage to the iconic V8 Moto Guzzi, it was built by Numbnut Motorcycles to a concept developed by Gannet Design, on commission by Vanguard Clothing – who developed a line of jeans to match.

The project started as a digital illustration by Ulfert Janssen of Gannet Design, he then worked with the talented team at Numbnut Motorcycles in Amsterdam to bring the design to life. A modern Moto Guzzi was taken, stripped back, and then the process of fabricating a bespoke dustbin fairing began in earnest.

Once the fairing was painted and fitted to the frame, a leather seat was fitted, along with adjustable rear shock absorbers, a matching pair of Firestone Deluxe Champion tires, and a heavily modified fuel tank.

The completed bike is a tasteful, modern interpretation of the iconic Moto Guzzi V8 – I can only hope that it’ll be given some track time to see if it can approach the eye-watering top speed of the 1955 original. If you’d like to see more you can click here to visit Gannett Design, here to visit Numbnut Motorcycles, and here to visit Vanguard Clothing. 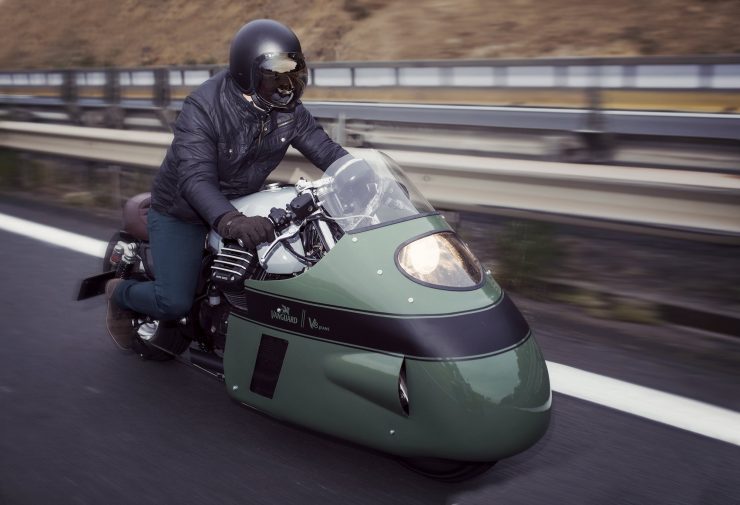 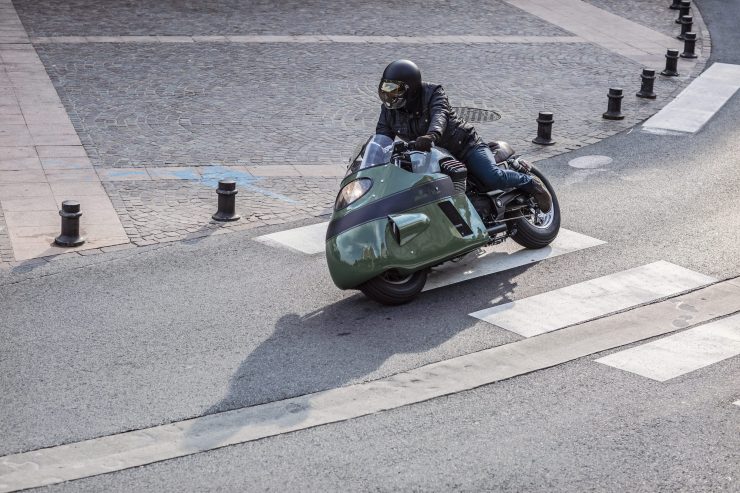 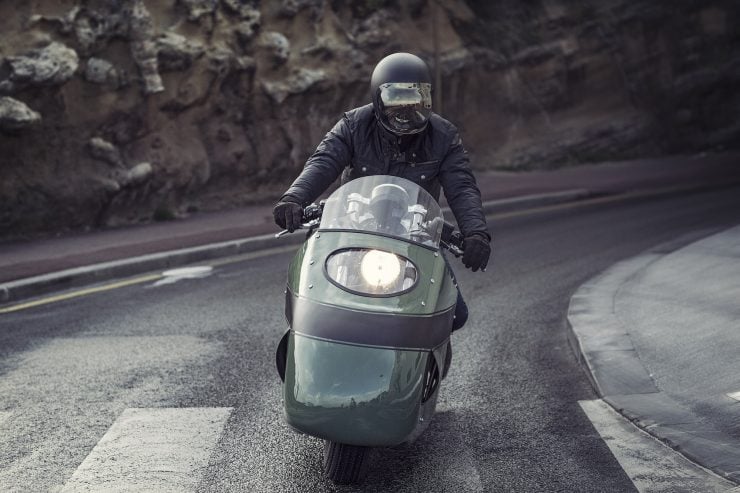 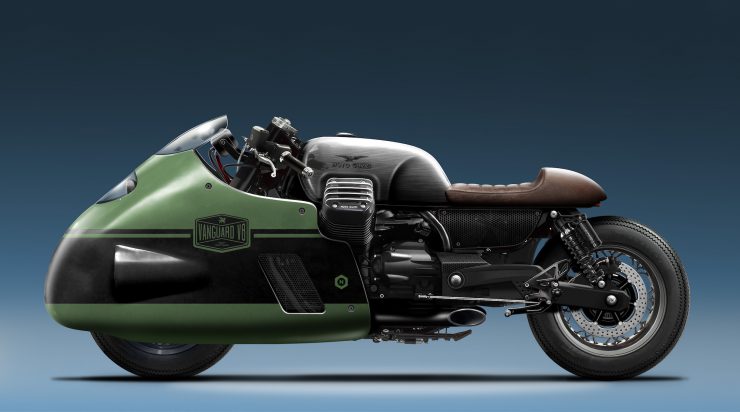 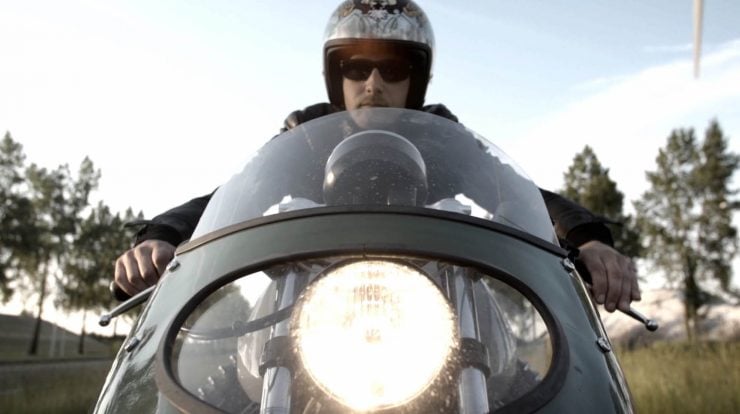 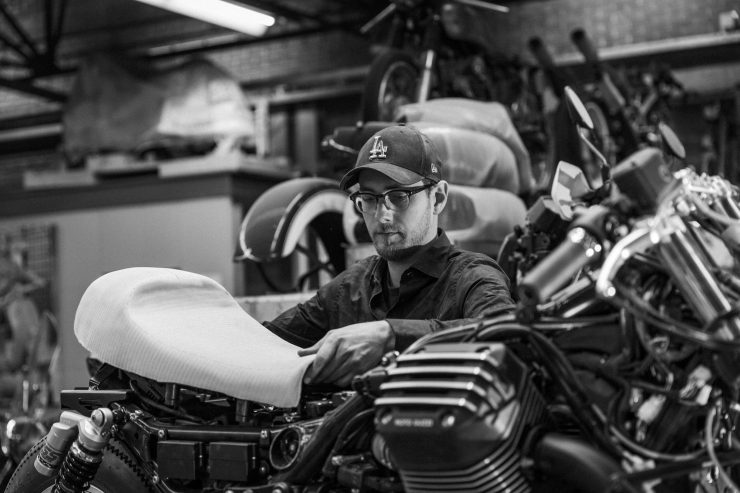 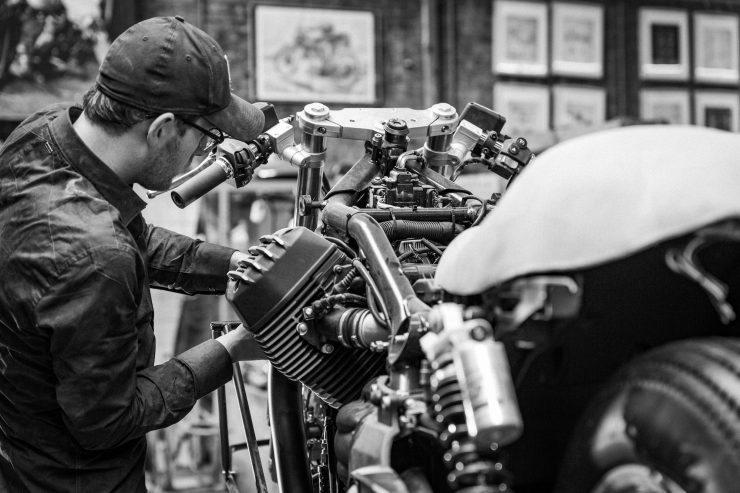 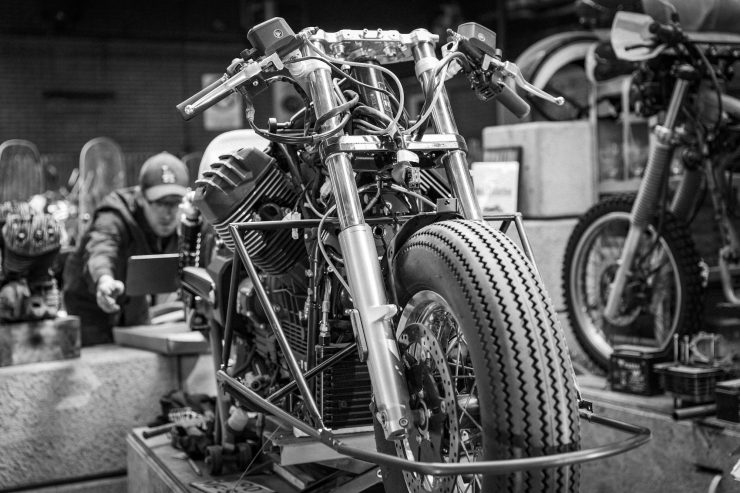 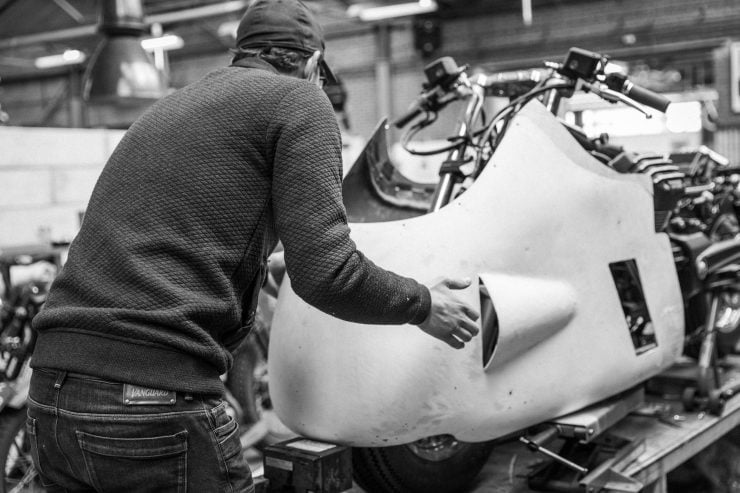 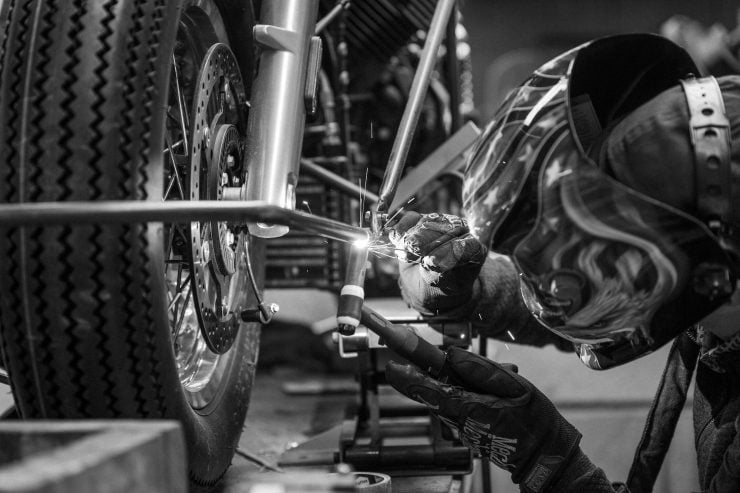 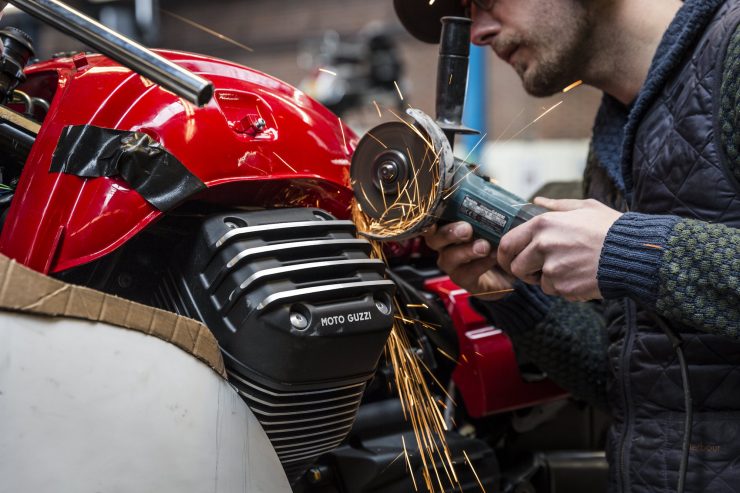 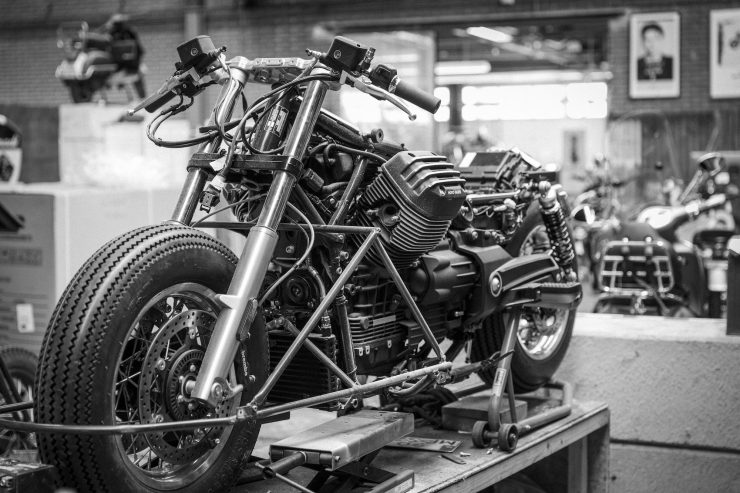 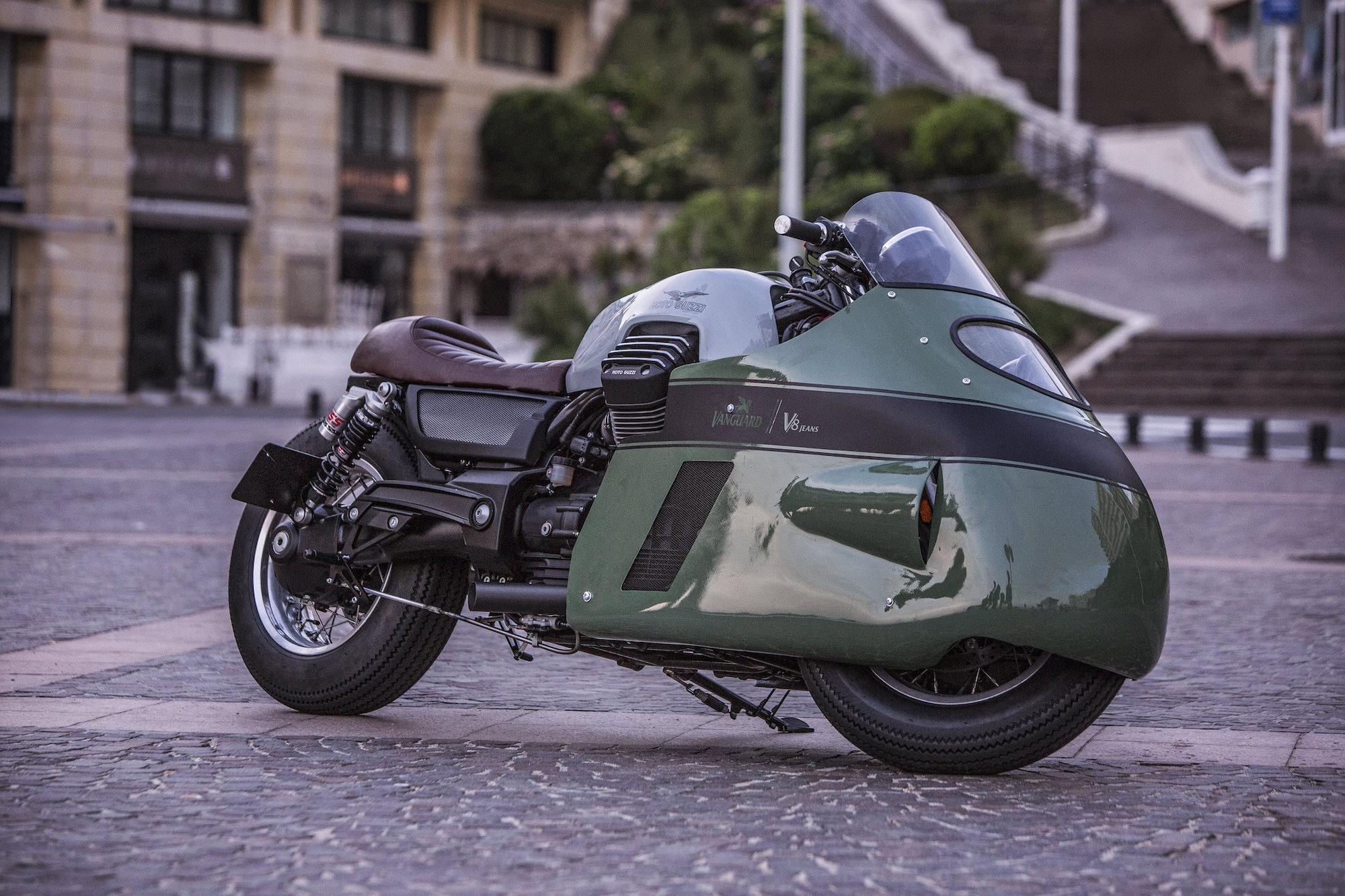