This copy of “An Encyclopedia Of Modern American Humor” by Bennett Cerf has been modified into a book safe – specifically a book safe for storing the included 8oz stainless steel flask.

Book safes are nothing new of course, they’ve probably been around in some form since books were first mass-produced. Some use their book safe for storing important keys, USB backup drives, and sensitive personal items but the most useful has to be the option you see here – the flask book safe.

The person who makes these specialises in them and makes each one to order, they can also use almost any book should you have a different title in mind. Each book safe is modified from a real original book, the shape is carefully cutout and the book remains readable to approximately page 200 – meaning if you’re caught having a medicinal drink during dinner with the mother-in-law you can pretend to be reading.

The 8oz flask contains enough for one (or perhaps two) people to have a few sneaky drams, to give you can idea of size the standard 750ml whiskey bottle is 25.4oz in size – so a full flask works out to approximately 1/3 of a bottle.

Lest you be worried about the destruction of a book, which is understandable, this particular title is not rare and its still widely available on Amazon here. 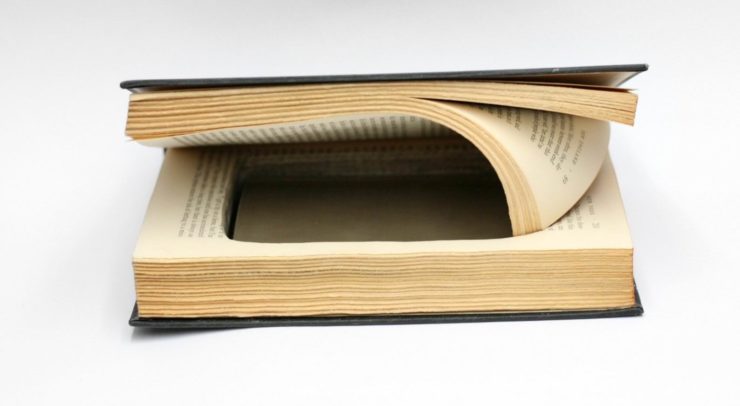