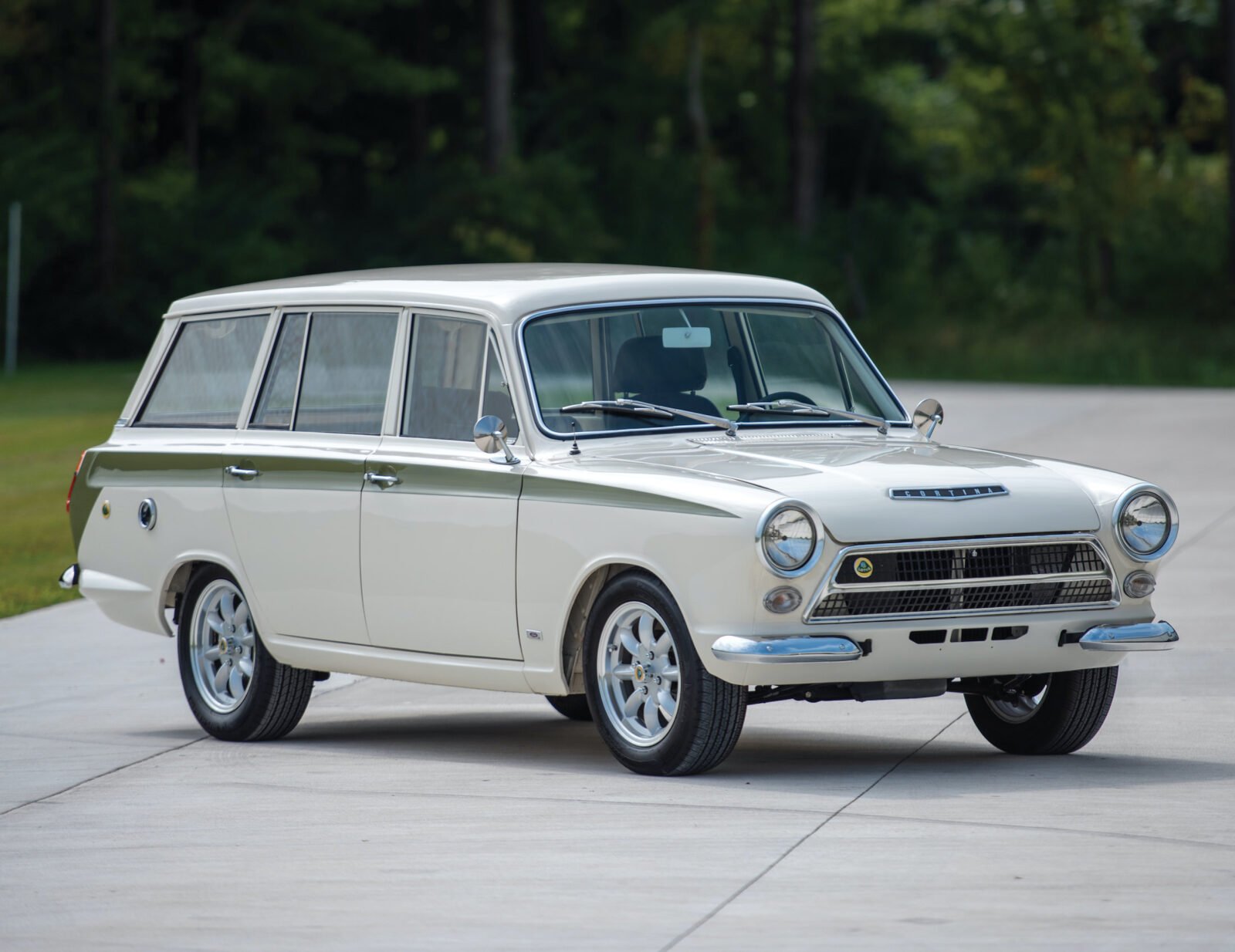 As far as we can tell this is the only Ford Cortina Lotus Mk 1 Estate in the world, this is largely because Lotus didn’t actually build any estate (station wagon) versions of the original Lotus Cortina.

The car you see here was built years after the Lotus Cortina left the production line, it was designed to answer the “what if?” question – how would a Lotus Cortina Estate have looked and how would it have performed.

High-performance estate cars have been around for a long time and they seem to have become notably more popular in recent years, the appeal lies in the best of both worlds aspect they offer – combining the attributes of a sports car and a station wagon.

The Lotus Cortina is a legendary car in the vintage racing and classic car communities, despite its humble beginnings the mighty little three-box sports car proved unbeatable in the right hands. The key to the car’s success comes down to the work done on them at the Lotus factory – two-door Ford Cortina shells were delivered to Lotus and the difference between a Lotus-built Cortina and a regular Ford Cortina was significant. 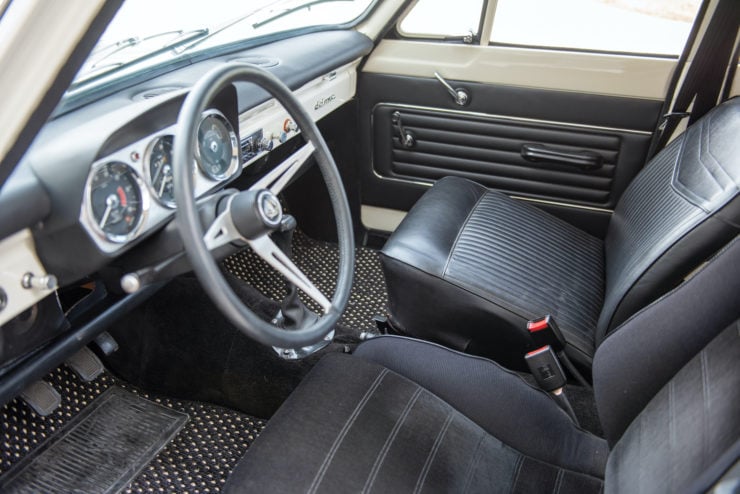 That 1.6 litre Lotus twin cam is a remarkable little four-cylinder engine, it was developed by Harry Mundy, the designer of the Coventry Climax Formula One engine, and developed using the Ford Kent engine block as a starting point. Work on this engine was comprehensive, the original Kent motor is a pushrod engine so work entered around developing the new twin cam head and getting plumbed in to work correctly.

Lotus is famous for the excellent handling they bestow upon their cars and the Lotus Cortina was no different in this regard, a series of major suspension modifications including shorter struts up front and forged track control arms. In the rear work was even more extensive, the original leaf springs were removed and replaced with coil springs and dampers, with two trailing arms and a A-bracket helping to better locate the live axle. 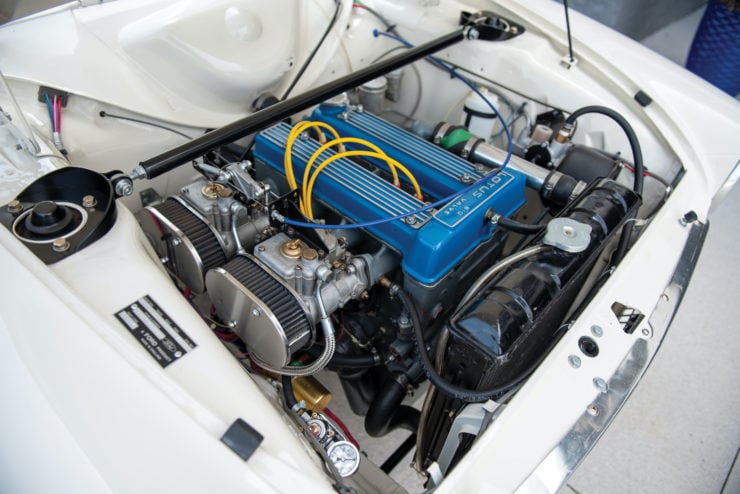 Just 3,306 examples of the Mark I Lotus Cortina were built and today they’re hugely collectible and a common sight at events like the Goodwood Revival and the Silverstone Classic.

The car you see here is a professionally built Mk 1 Cortina built to Lotus Cortina specifications including full Lotus Cortina-specification suspension. There are a few upgrades over the originals, it’s fitted with the highly-desirable 150 bhp Lotus big-valve twin-cam engine rather than the period-correct 105 bhp version and it’s fitted with a 5-speed transmission and 4-wheel disc brakes.

With its four doors as opposed to the original’s two and its station wagon back this is almost certainly one of the most practical cars to ever wear a Lotus badge. It’s also sure to gather large admiring crowds at any motoring event.

The car is due to cross the auction block with RM Sotheby’s in late October with a price estimate of $35,000 to $50,000 USD and it’s being offered with no reserve. If you’d like to read more about it or register to bid you can click here to visit the listing.

Editor’s Note: After publishing we received confirmation that there was another Lotus Cortina Estate built in Santa Barbara, California approximately 20 years ago. If you have any further information on that car please shoot us an email as we’d love to learn more about it. 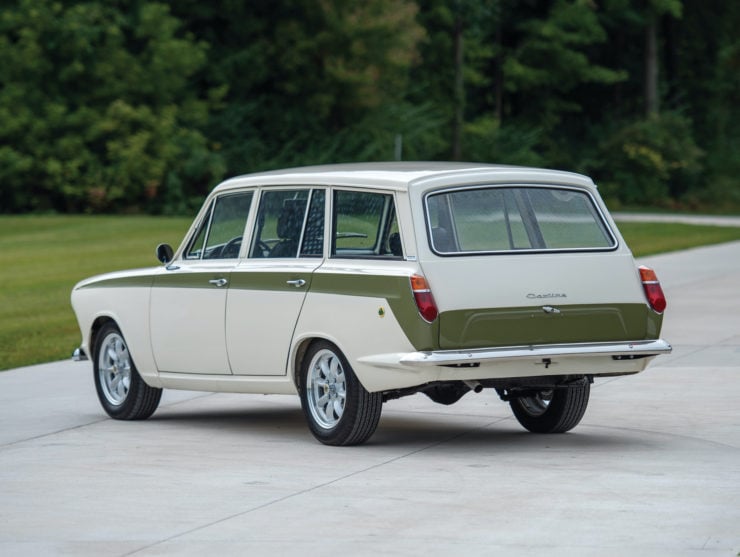 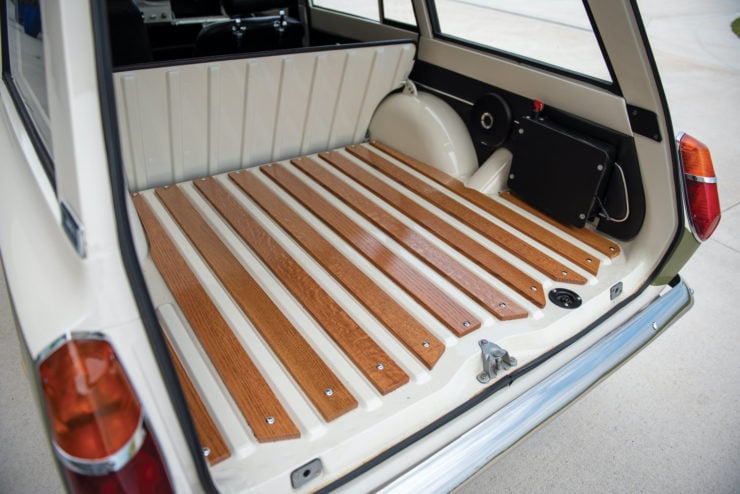 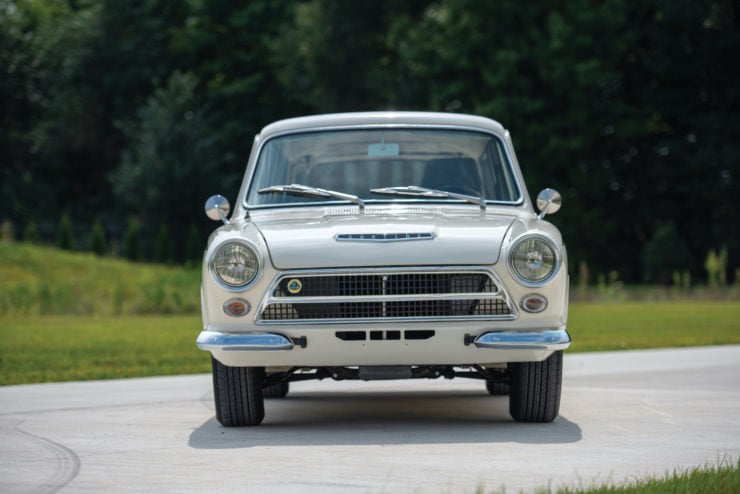 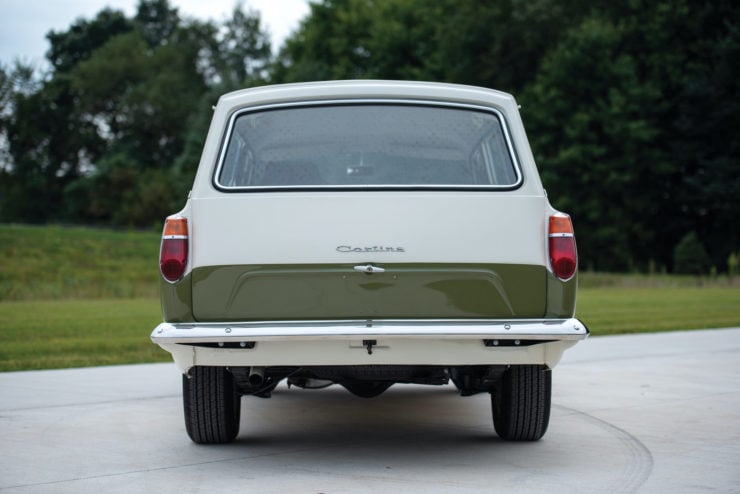 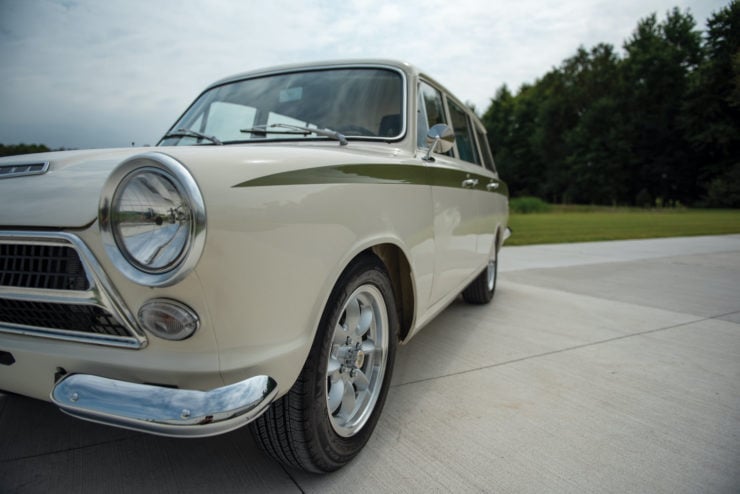 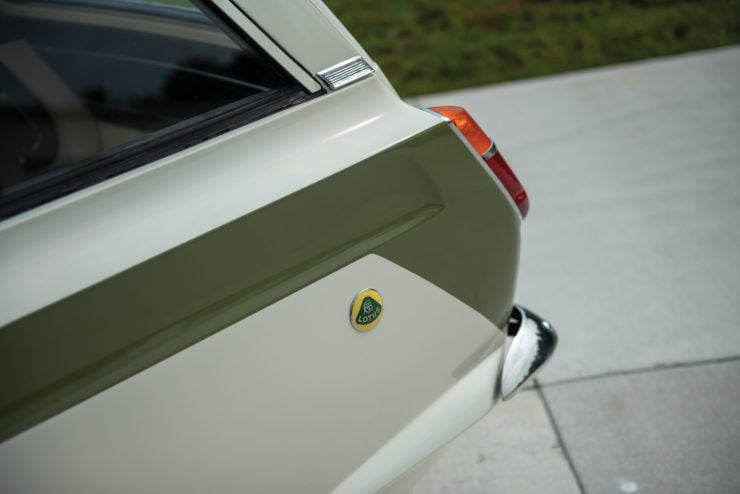 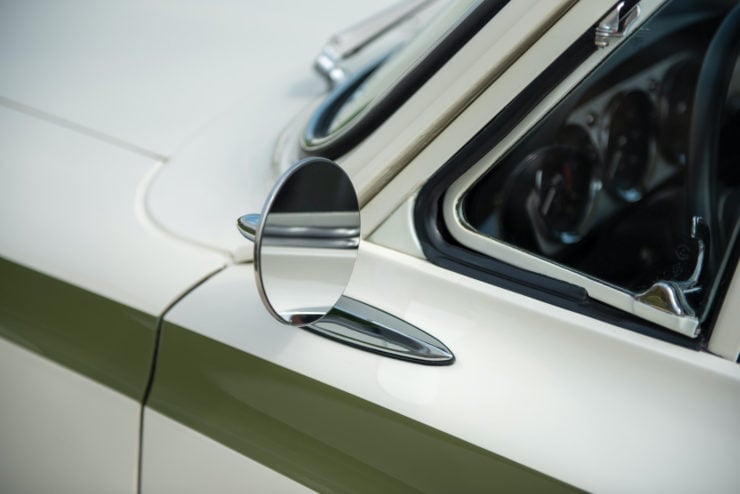 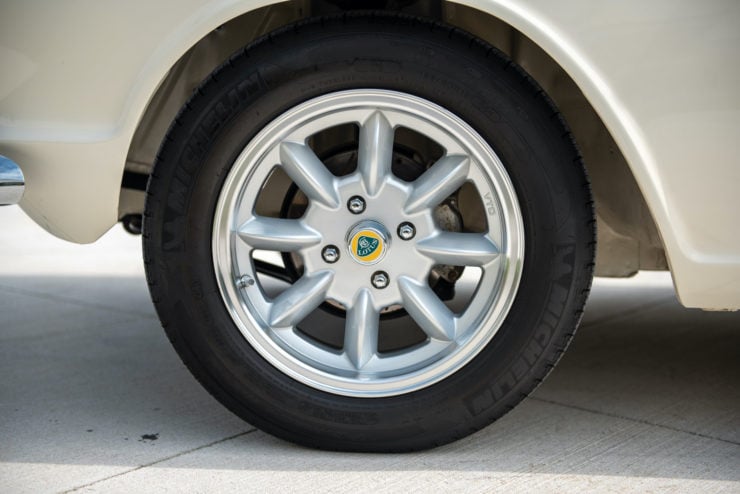 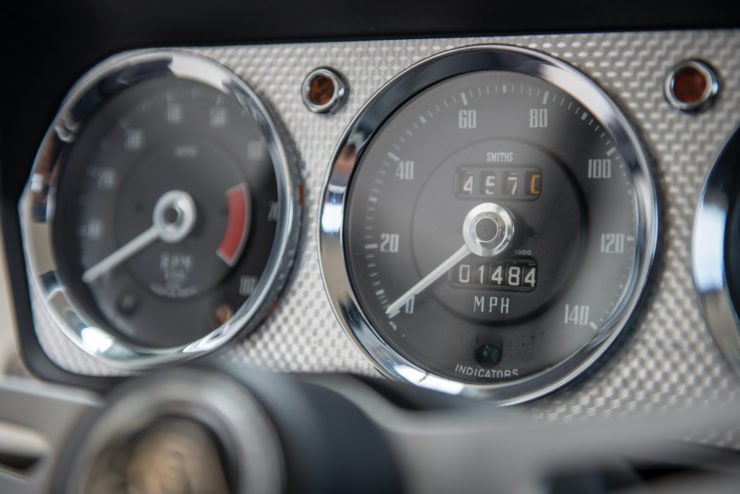 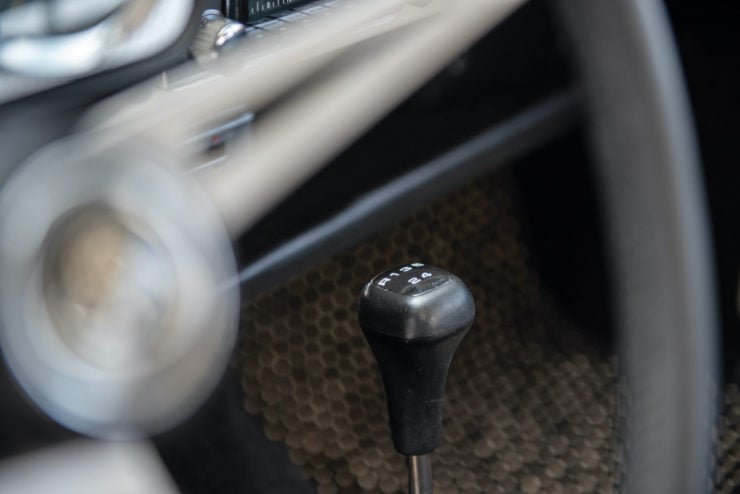 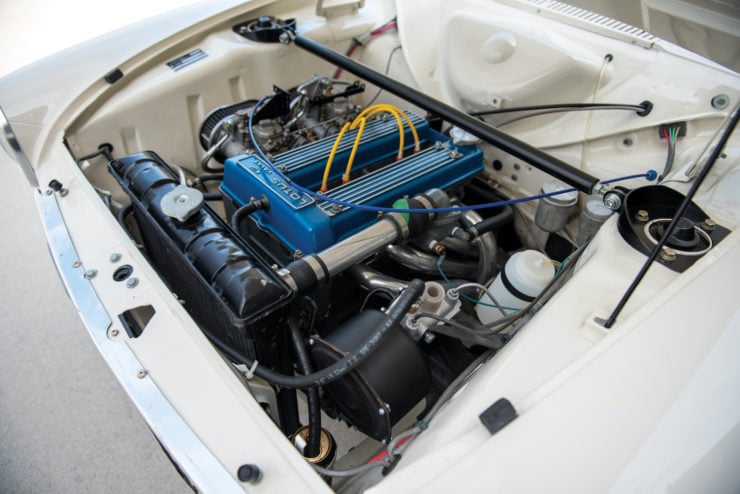 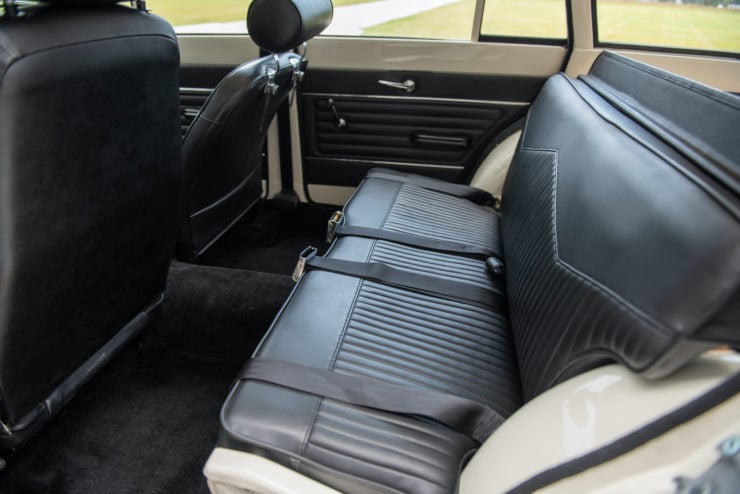