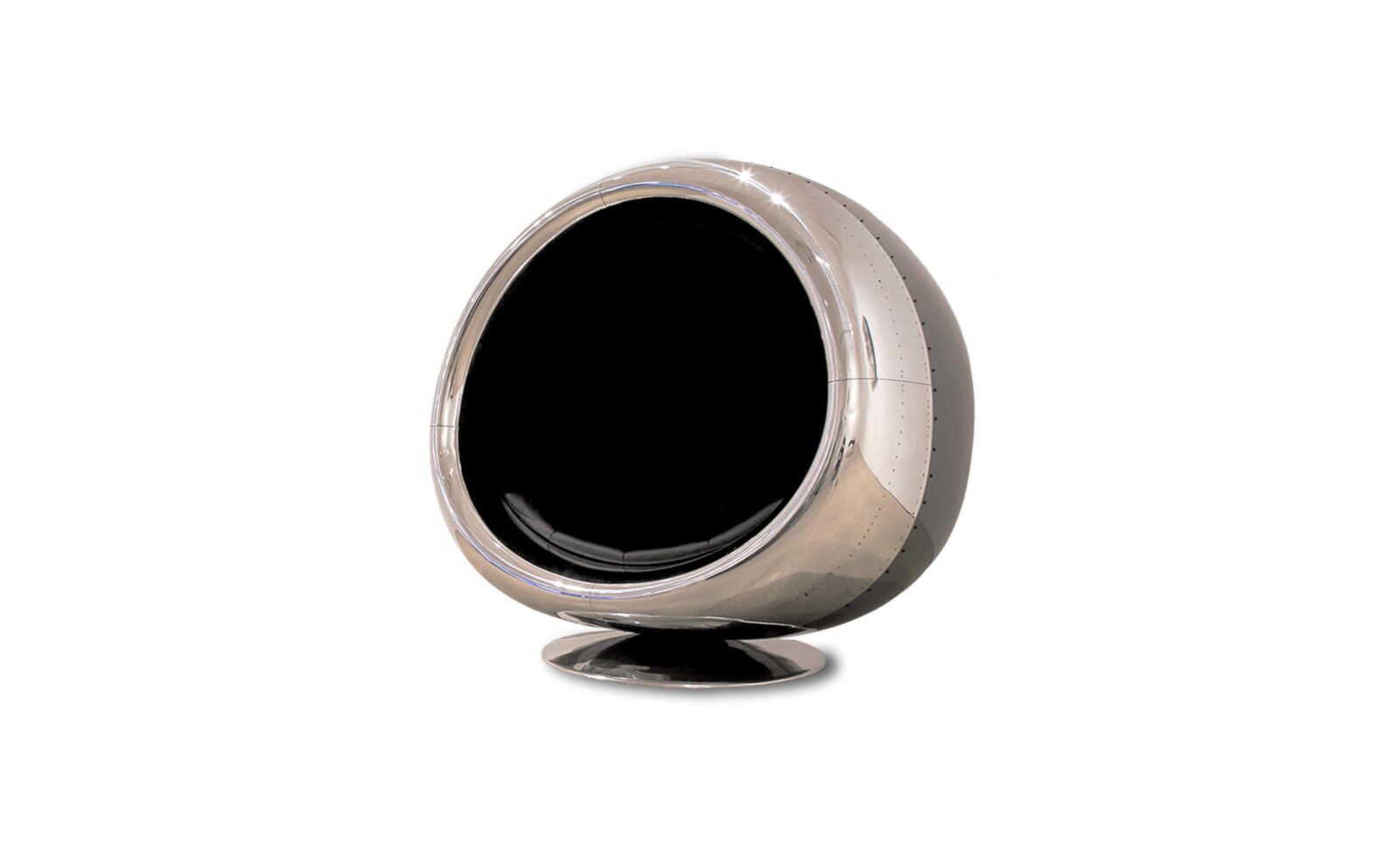 Typically it’s not advisable to sit inside a jet engine, in fact I’m told it’s one of the first things they teach you when you get a job loading suitcases into commuter planes. This Boeing 737 engine cowling has been removed from a decommissioned jet and rebuilt by the team at Fallen Furniture in their Bath, England headquarters.

The completed chair has a spun aluminium 360 degree swivel base with an interior upholstered in the highest quality black leather, and the original cowling has been polished to a mirror finish. The chair now belongs in the volcano lair of a Bond villain or perhaps the office of the guy who designs the cars at McLaren. 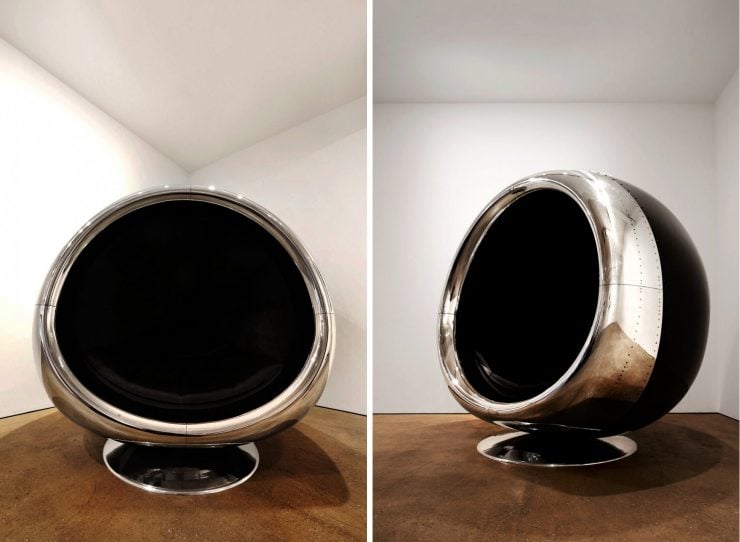 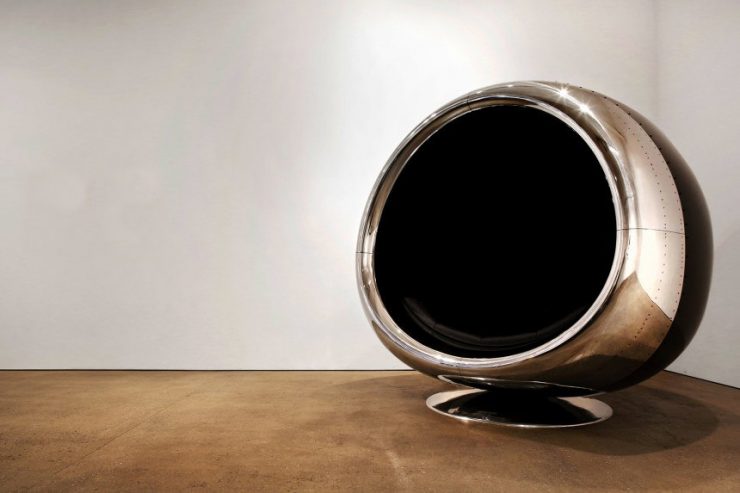 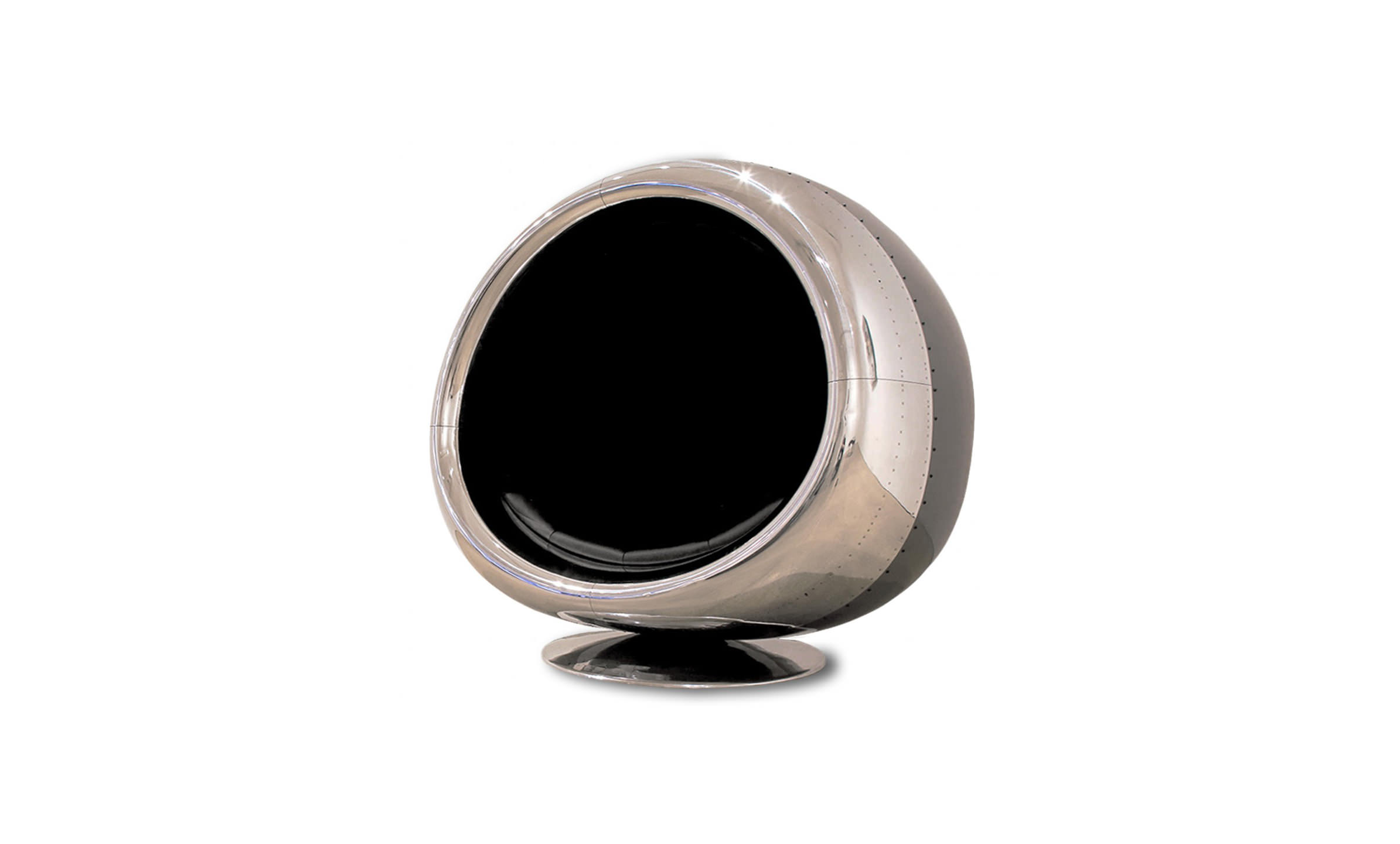