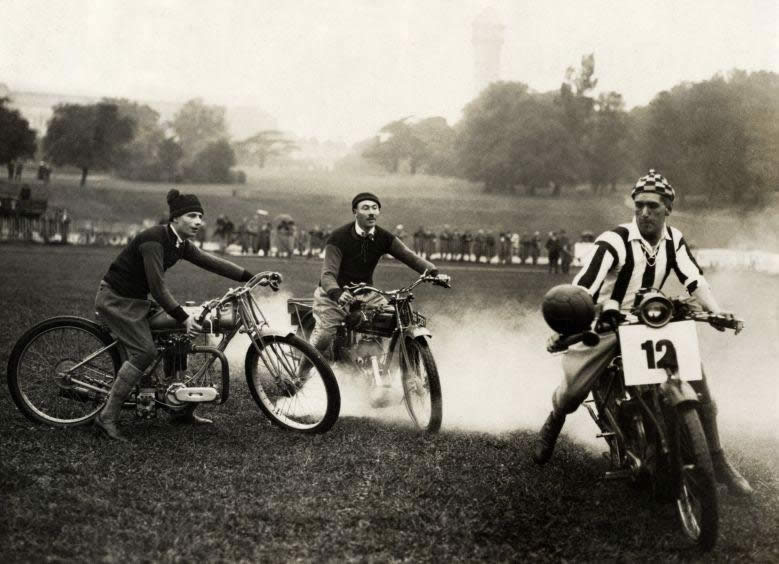 This fantastic, action packed photograph was taken on the football pitch of Crystal Palace in London in 1923.

The gentlemen in the picture are clearly enjoying a hotly contested game of football with a small crowd of spectators looking on through a haze of burnt gasoline.

This is the only Jowett Jupiter Mk 2 ever made, and interestingly it was built for the first time 58 years after it was originally designed. The reason for this almost six decade gap between…