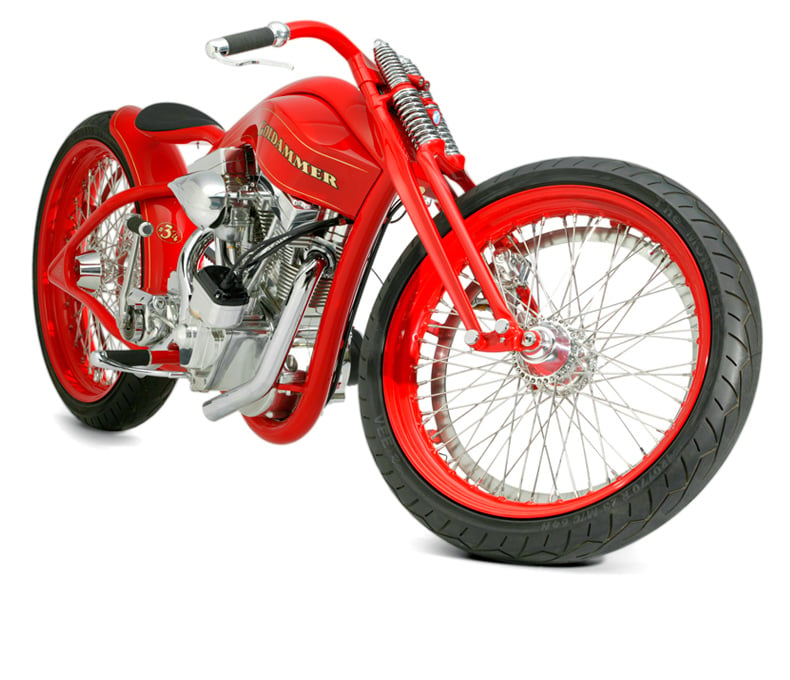 The BTR 3 by Goldammer Cycle is a testament to what a talented bike builder can achieve using some steel tubing, an acetylene torch and staggering attention to detail. The bike was originally designed and built by Roger Goldammer (surprisingly, not a Bond villain) after he chatted to some friends and decided to have a private, 4-way bike building competition.

The friends never got around to building anything but Roger did and he went on to win 1st Place at the AMD World Championship in 2004 and 1st Place in the Artistry category at the Iron Las Vegas Bikefest/Hot Rod Bikes 2004.

The bike’s influence is clearly derived from turn of the 20th century board track racing motorcycles, the BTR 3 has the same dip in the bottom of the frame, under-slug fuel tank, bicycle seat, springer front forks and narrow tires. The use of Buell style, rim mounted disc brakes helps to keep the clean look of the original board trackers and Roger managed to ingrate an internal master cylinder and throttle assembly into the handlebars which maintains the bike’s pervasive sense of minimalism.

The BTR 3 is currently for sale via the Goldammer website here, there’s no price listed but unless you invented Facebook, Google or sliced bread, it might be just a little out of budget range. 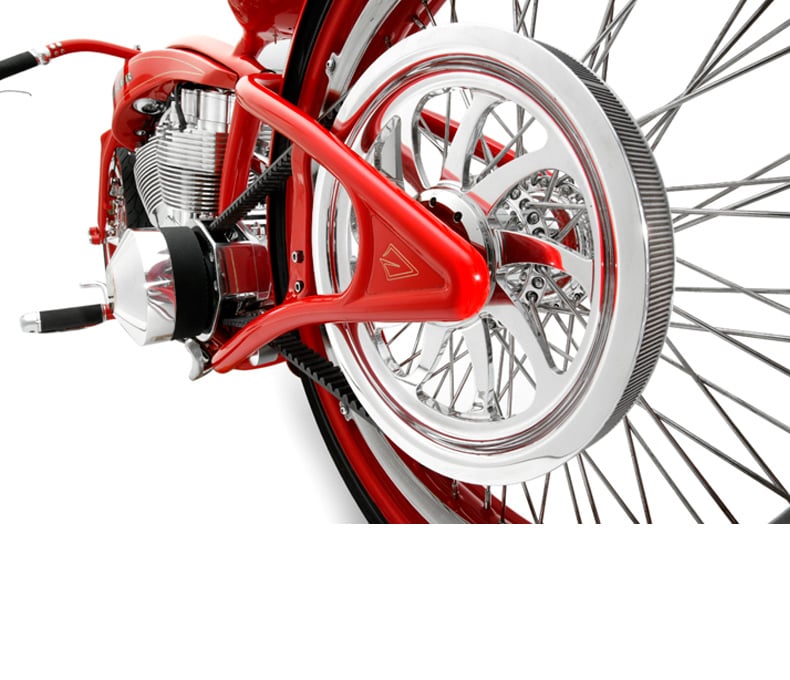 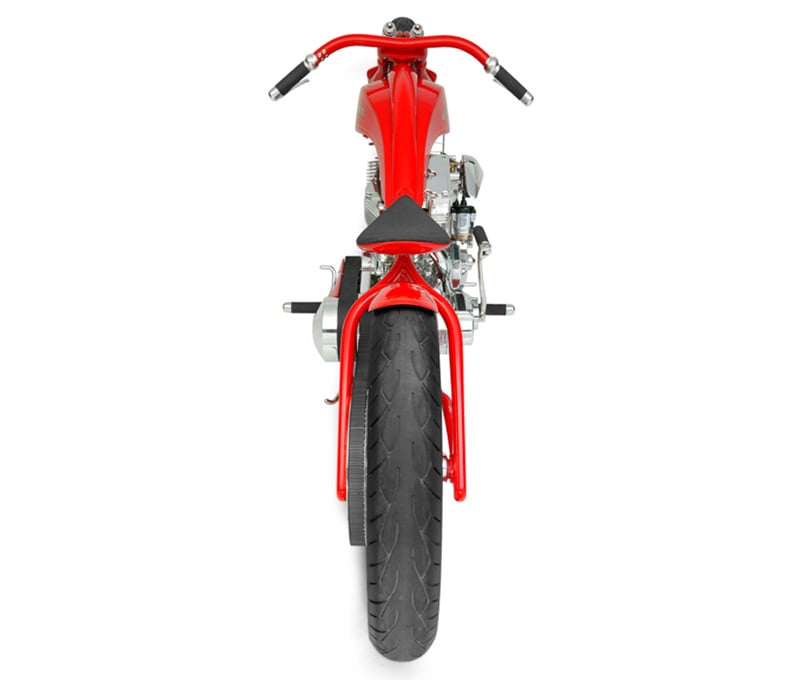 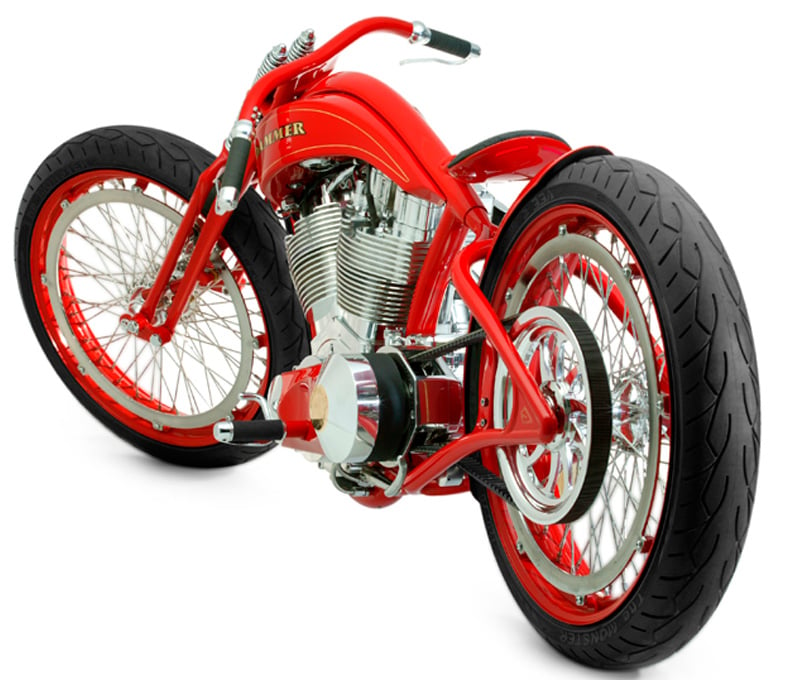