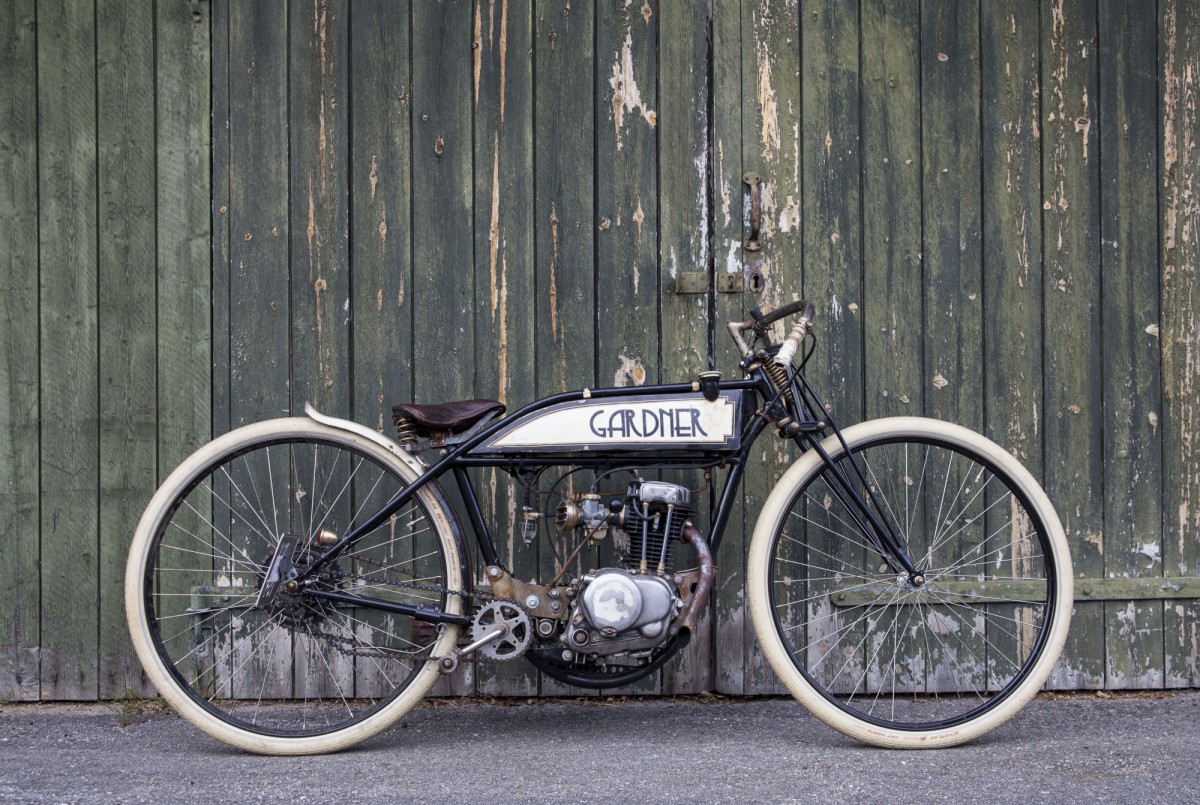 Andre’ Wänman is a humble Swedish gardener and welder with a deep love of vintage board track motorcycles, before the onset of each long Scandinavian winter he looks to find something to keep him entertained in his garage when the mercury is low.

Last winter he decided to set about building a board track motorcycle that he could use in the warmer months so he found a 1939 Rex Villiers motorised bicycle and set to work. The original 98cc engine was removed and he decided to source something a little more modern for the sake of reliability – summers are short in Sweden and Andre’ wanted to make sure he wouldn’t waste any of it.

After scouring eBay he found an old Honda XR80 for sale and bought it, once it was delivered he took the engine and transmission for the board tracker and fabricated a new frame loop to accommodate the new and much larger power unit. The frame needed to be stretched 15cm and a new set of 28″ rims were fitted and a new springer fork was sourced from a 1939 Husqvarna. 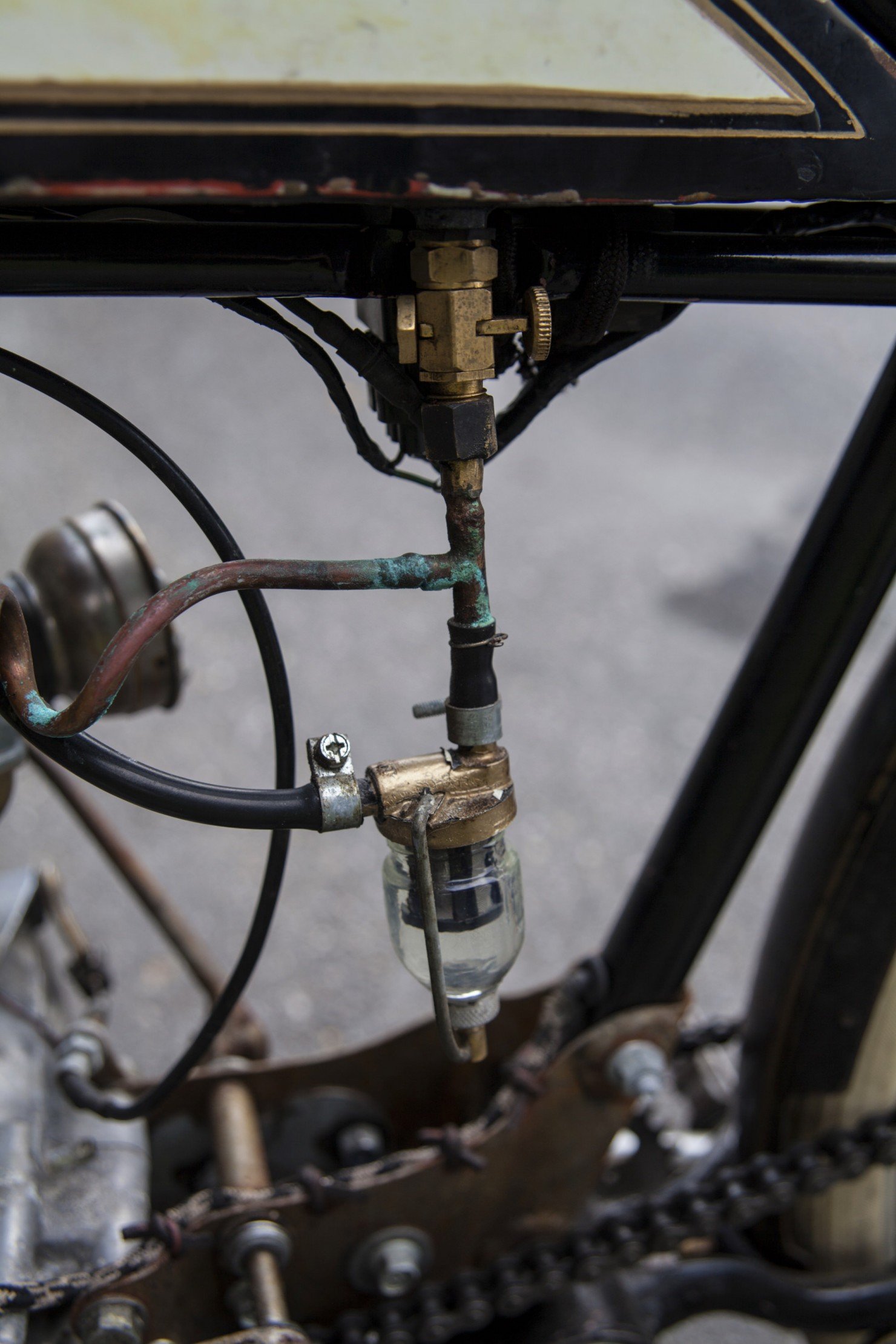 In order to keep the bike looking period-correct he took the rear fender, saddle, pedals and handlebars from his grandmother’s old bicycle which is almost certainly the first time I’ve heard of a custom motorcycle builder using parts he acquired from his nanna.

When it came time to paint, Andre’ decided to go for an aged, weathered look to suit the style of the completed bike. He spent dozens of hours working on the wiring, fuel lines and other fittings and his attention to detail is quite extraordinary.

That engine is capable of approximately 7.5 horsepower and due to the lightweight nature of the bike it’s capable of going surprisingly fast – although you’d have to be a far braver man than me to take it up over 60kph.

I’ll be staying in touch with Andre’ and we’ll bring you his next winter project when it’s ready to be shown – probably around March 2015 when Sweden begins to defrost and his beer fridge begins to run low. 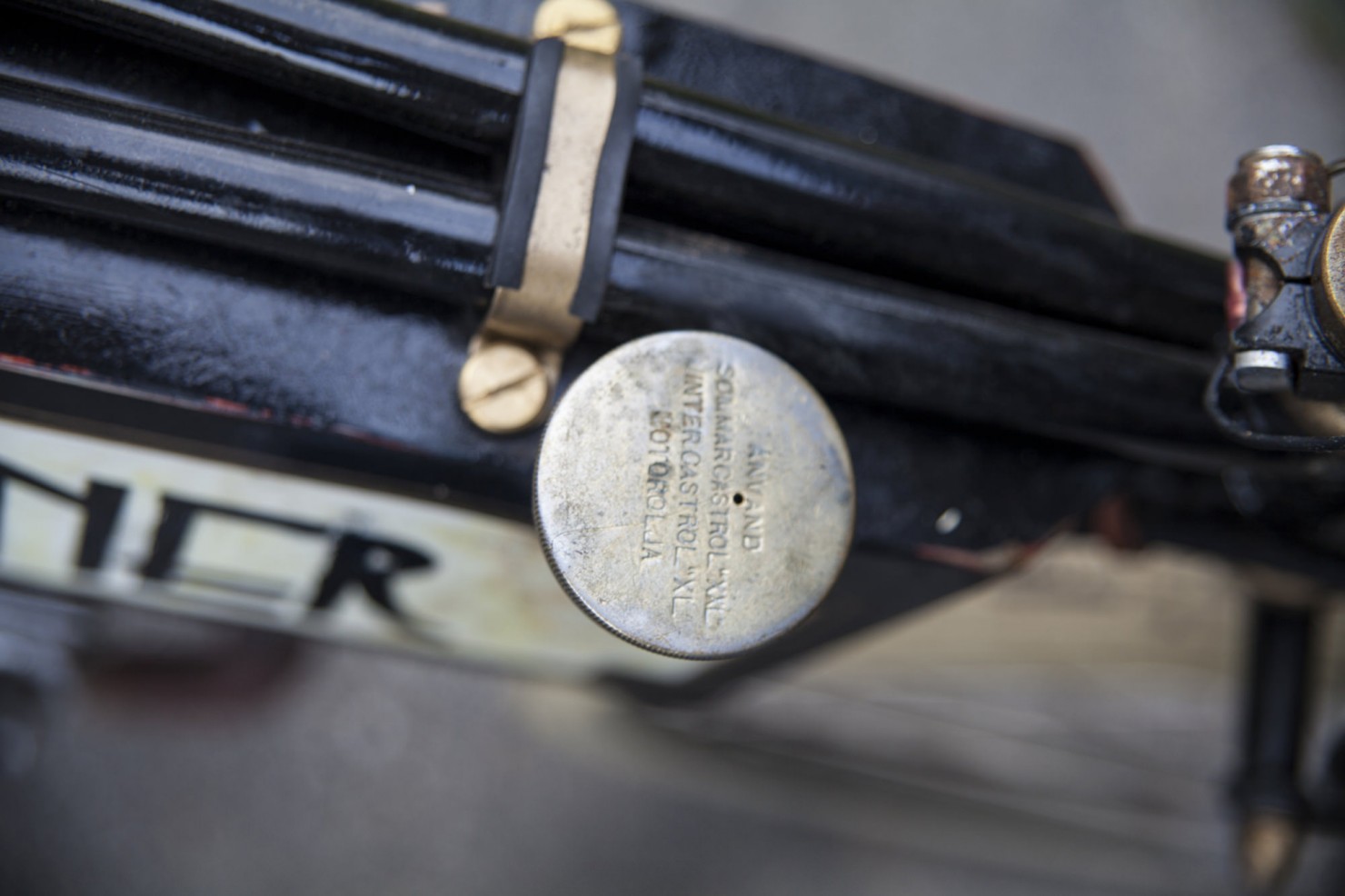 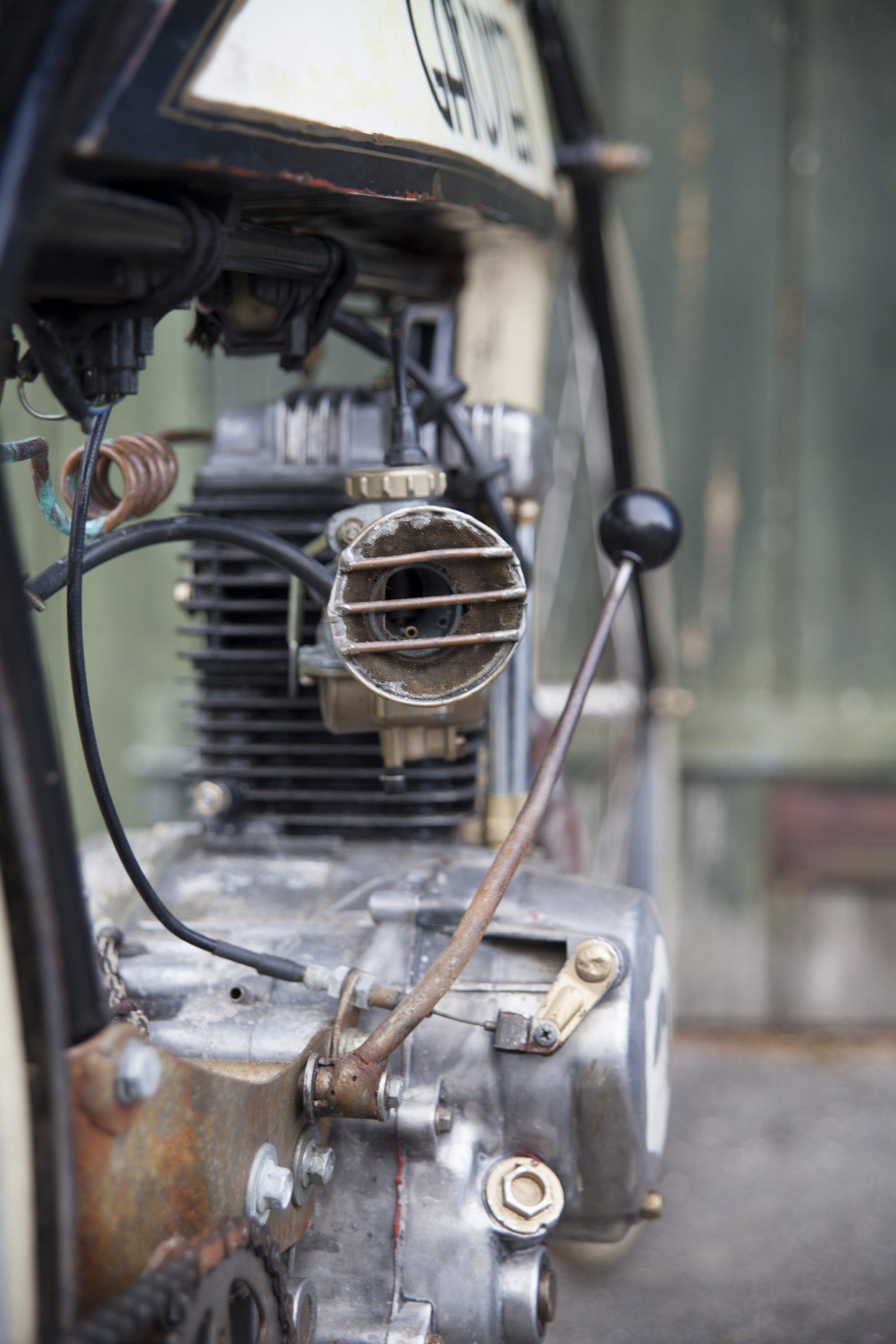 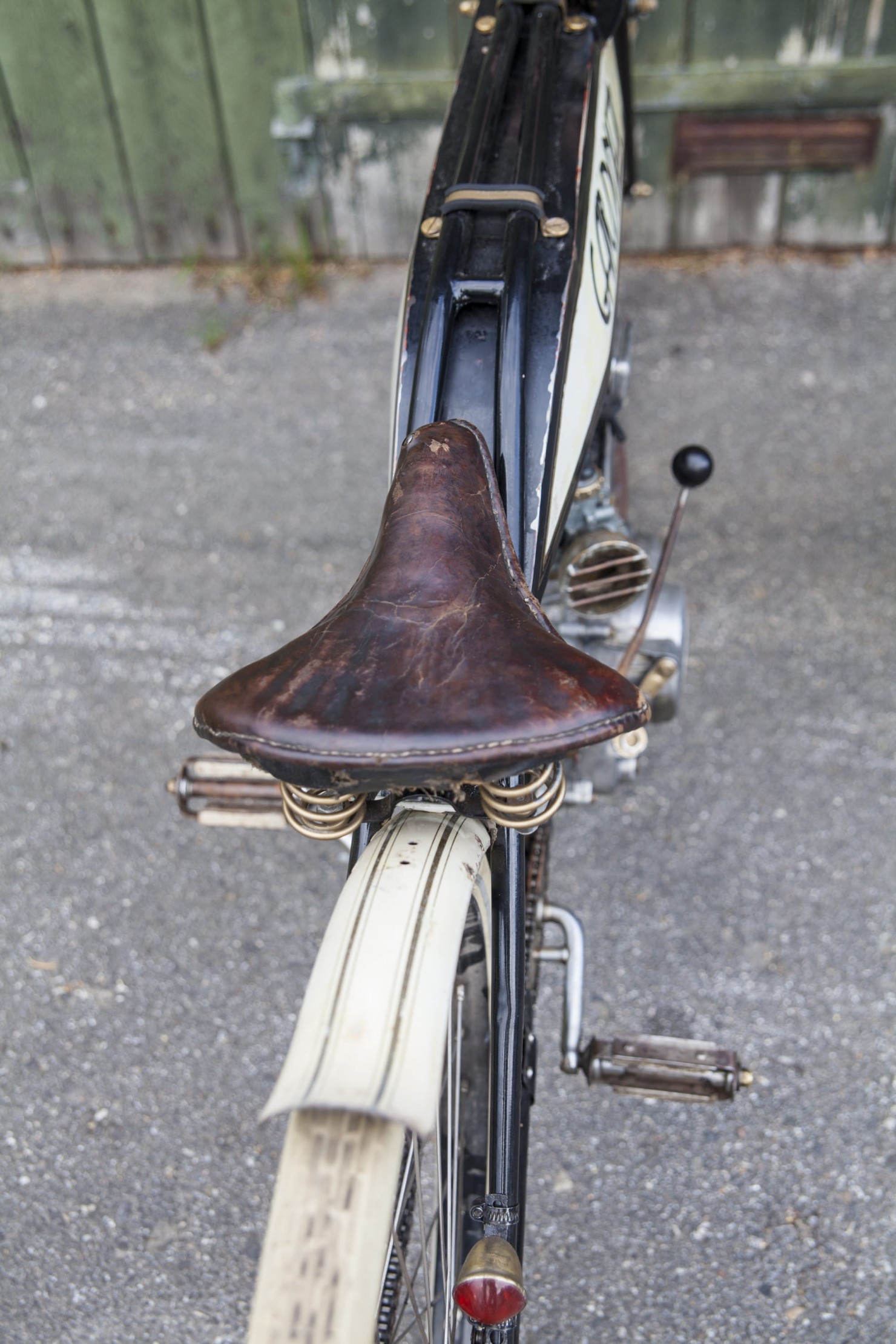 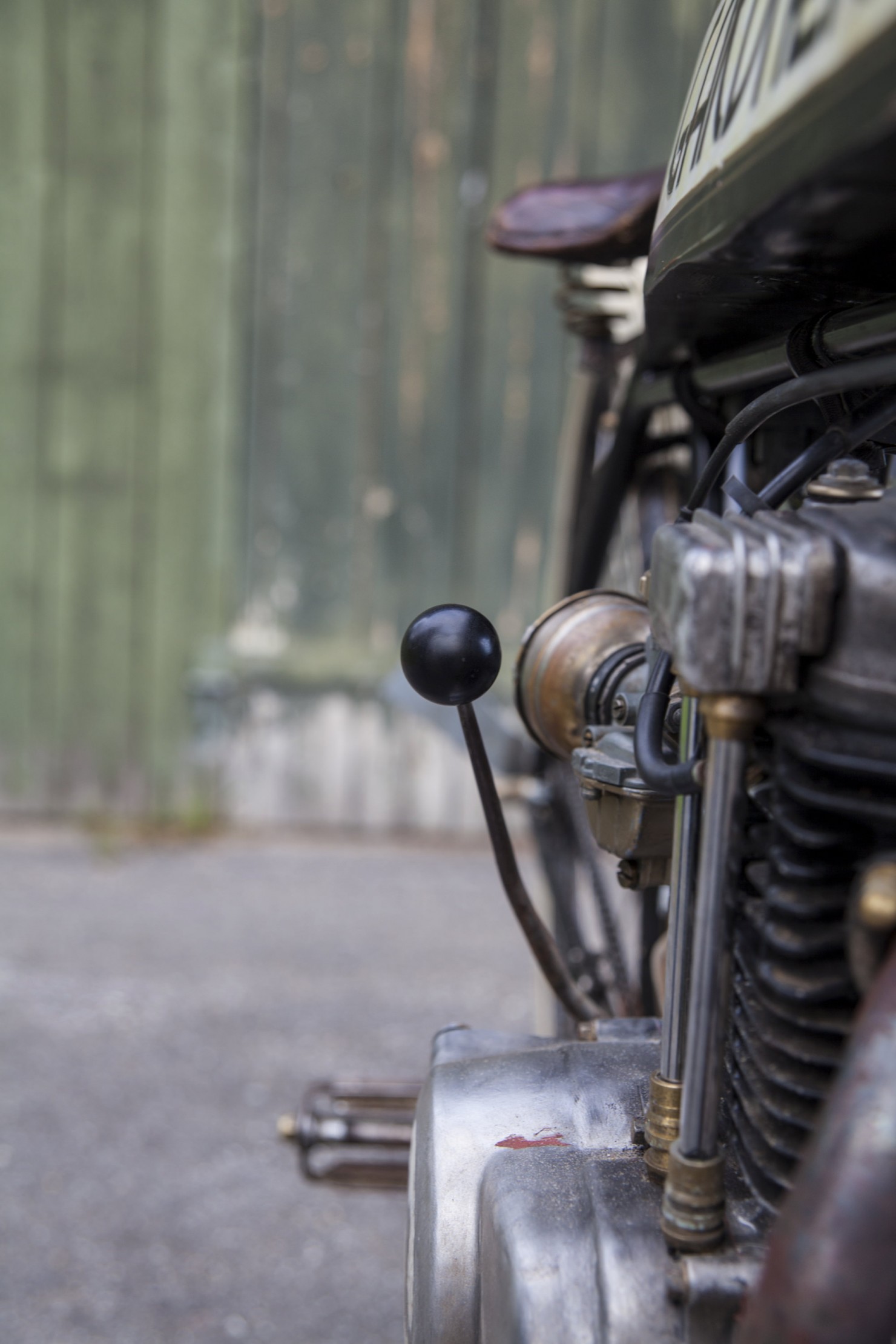 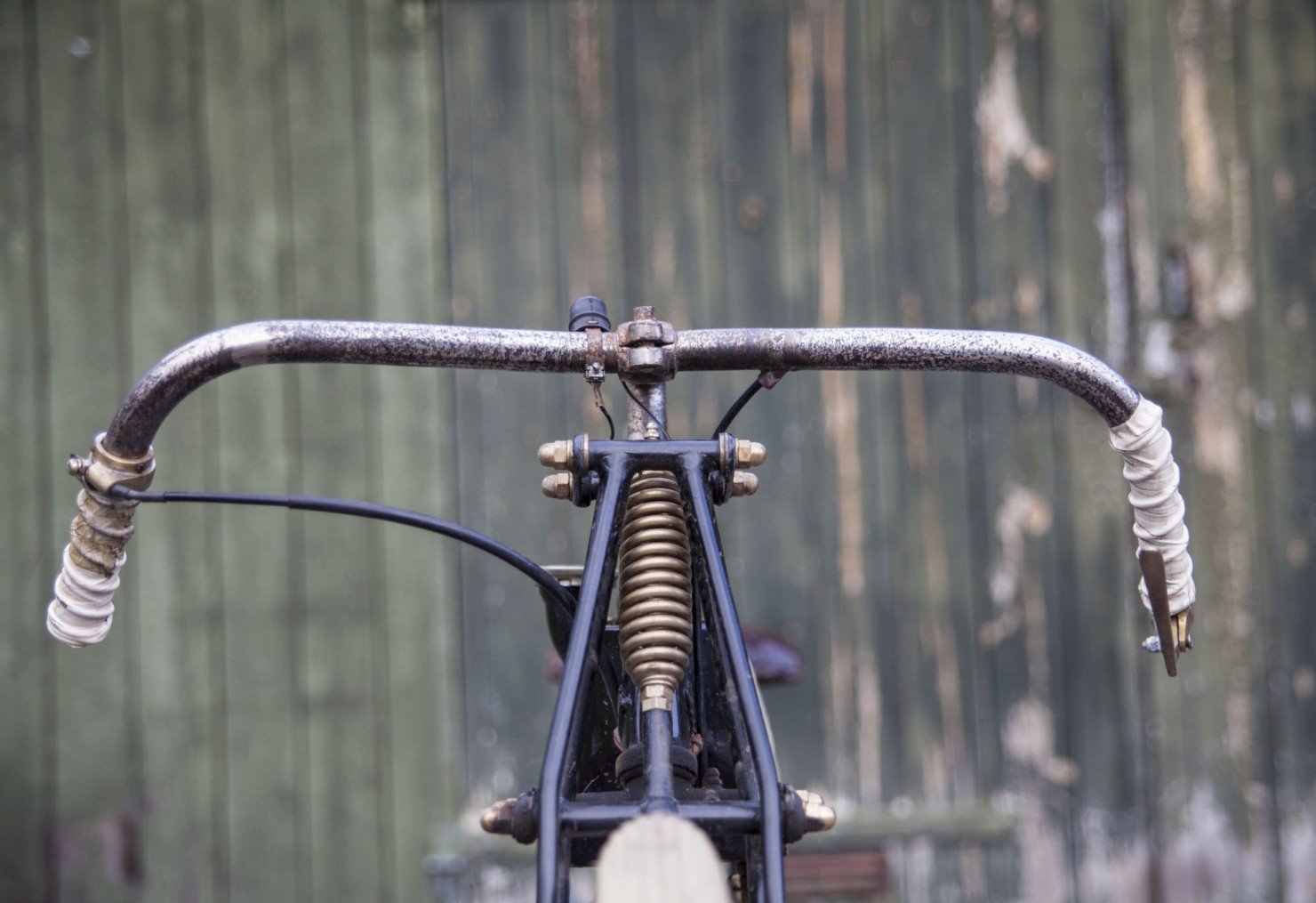 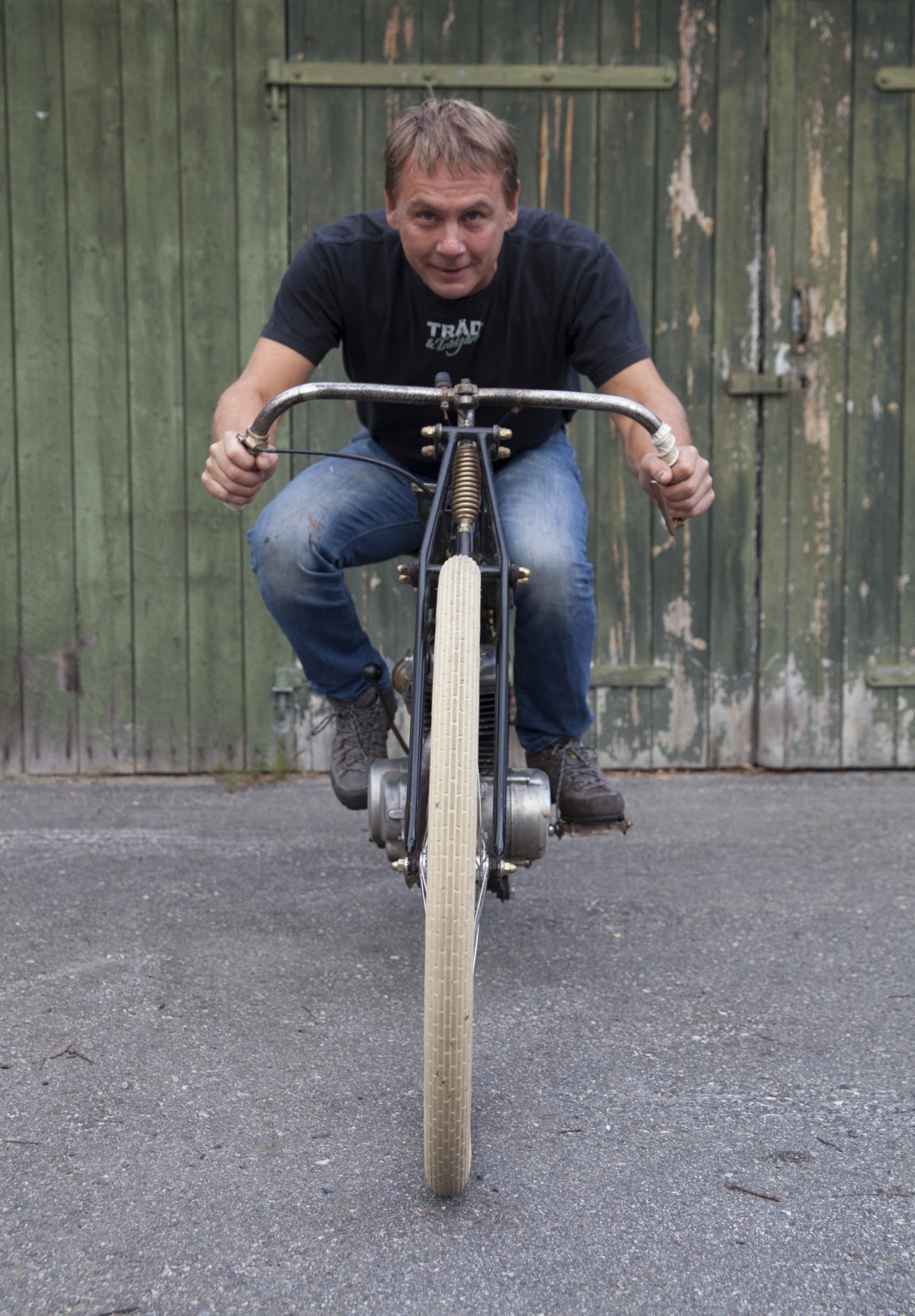 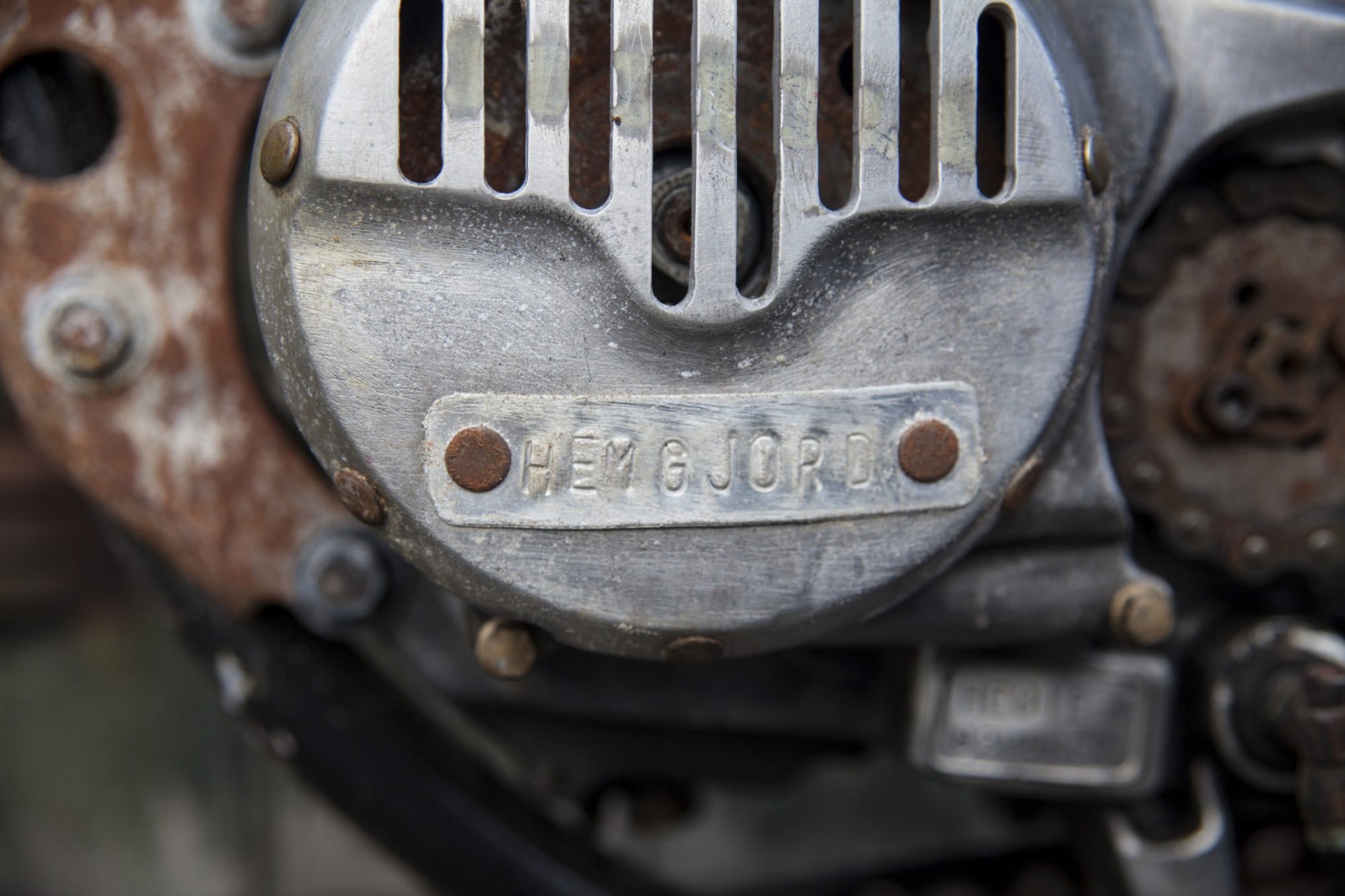 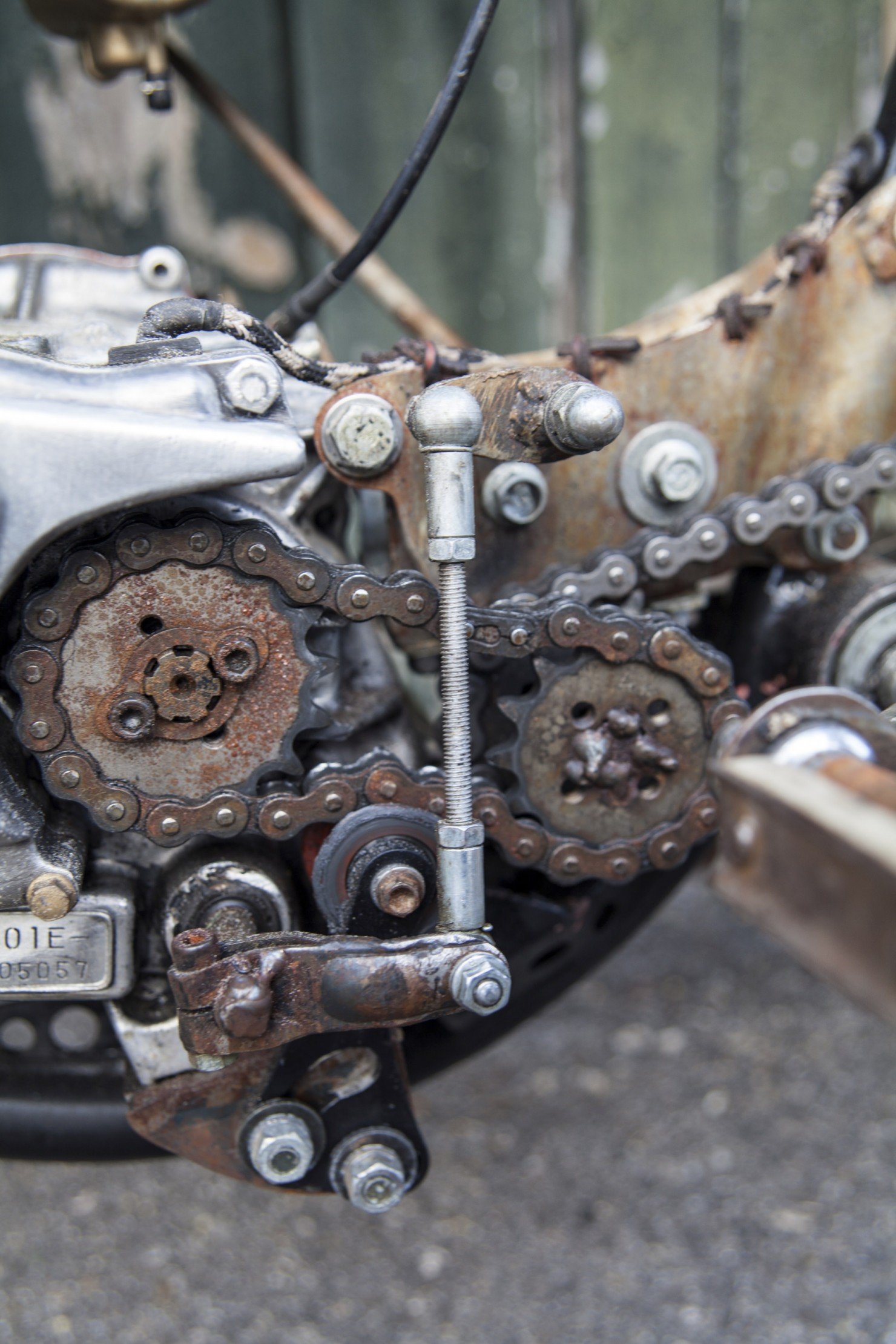 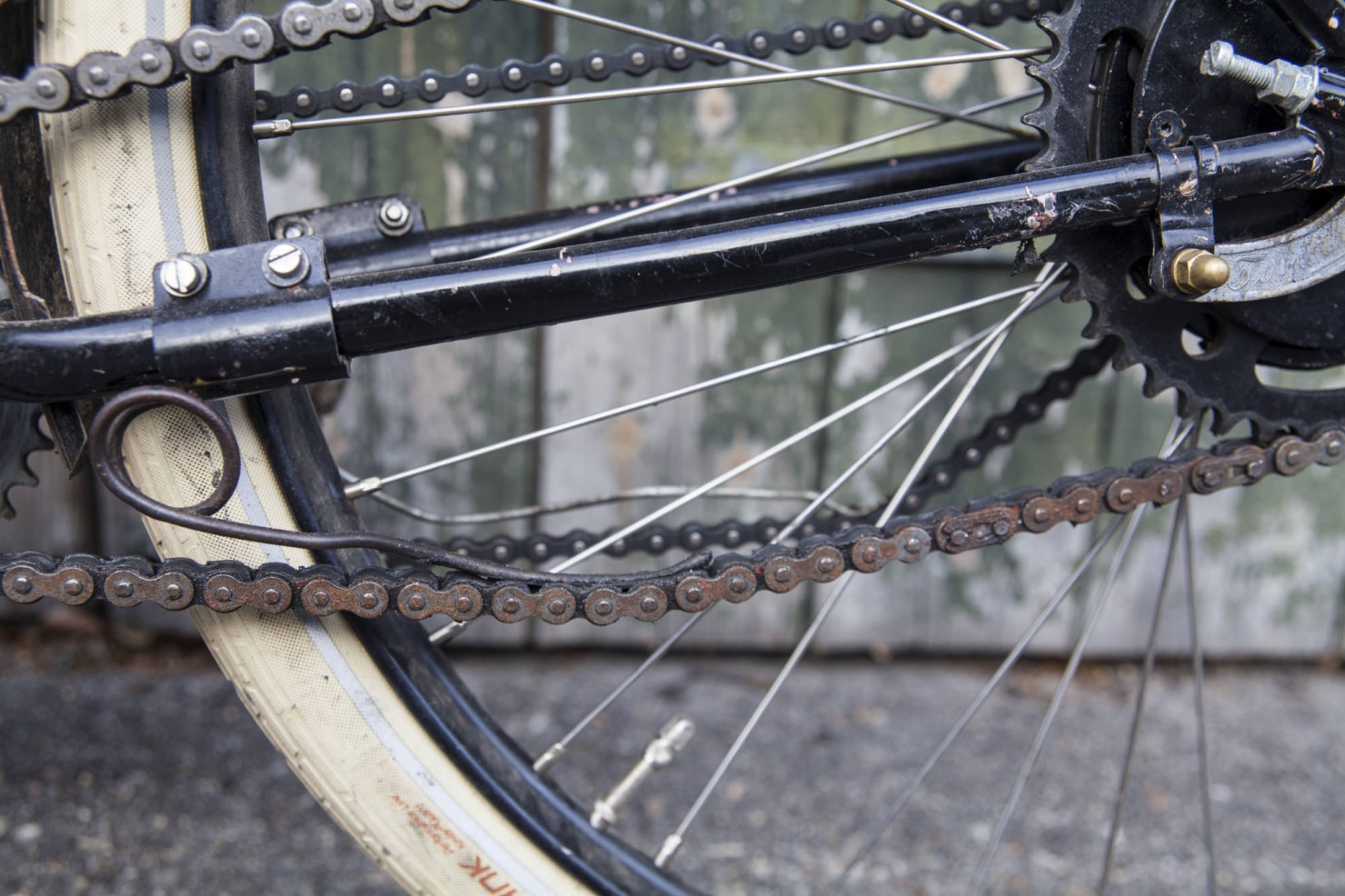 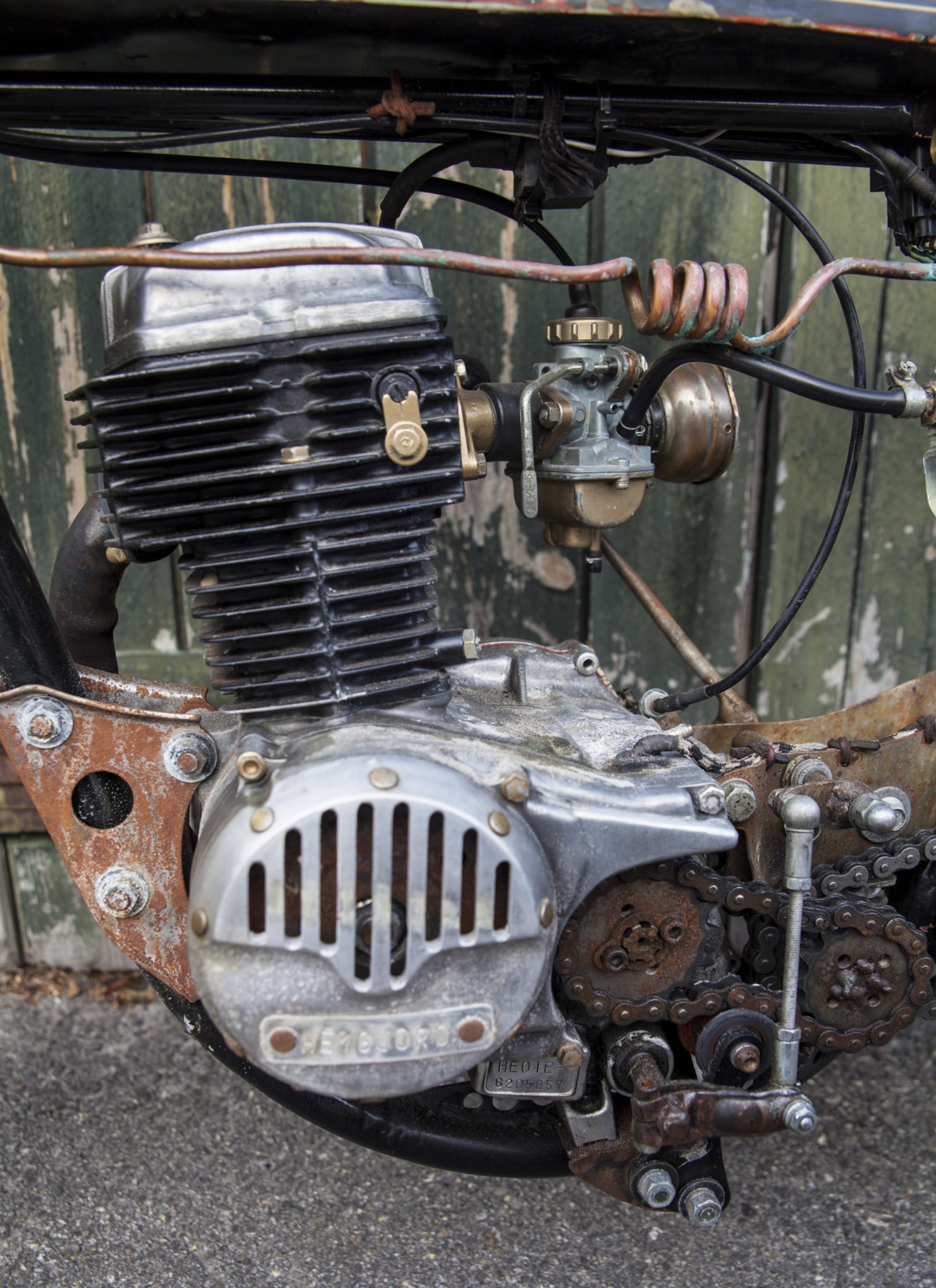 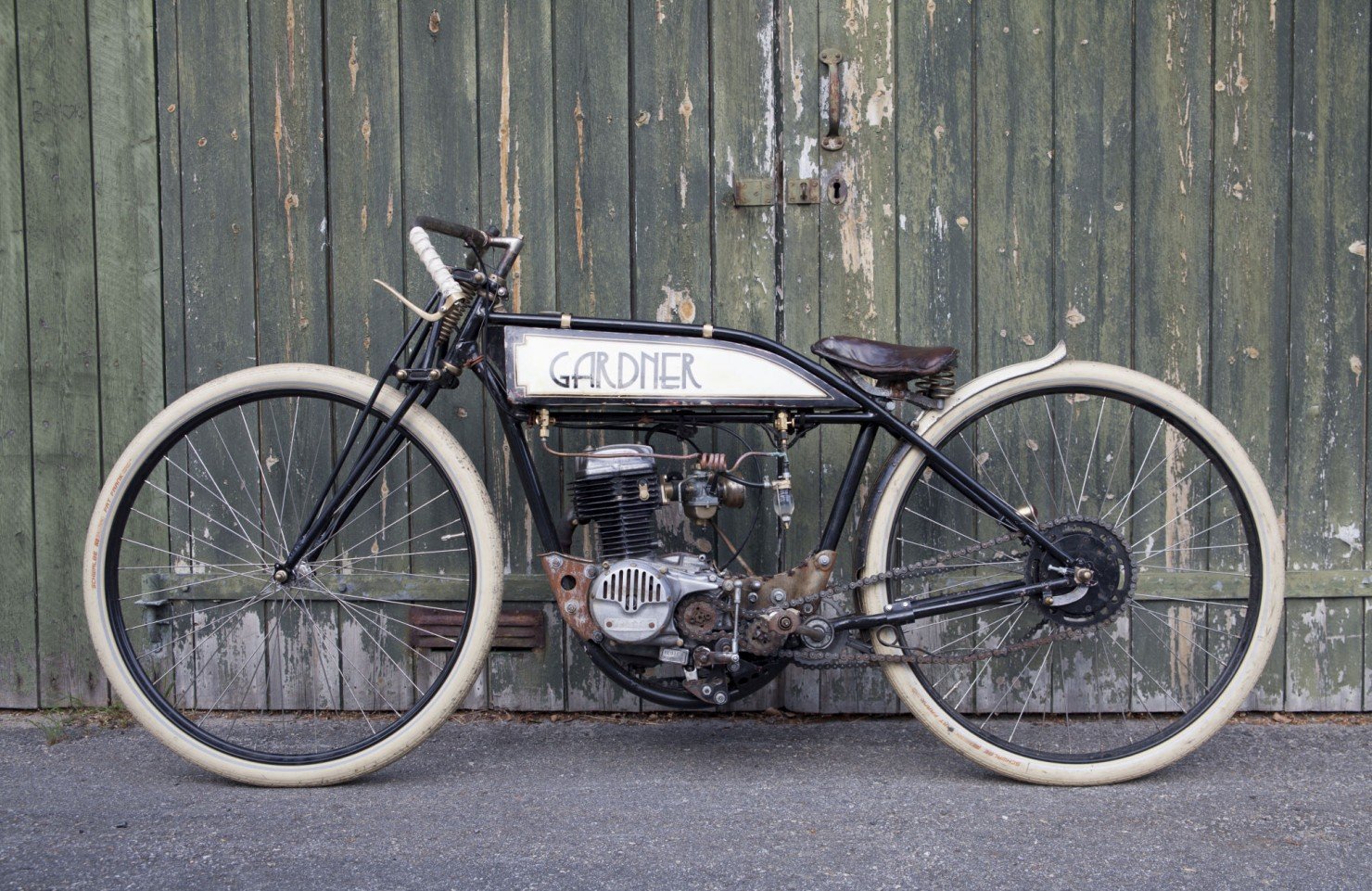 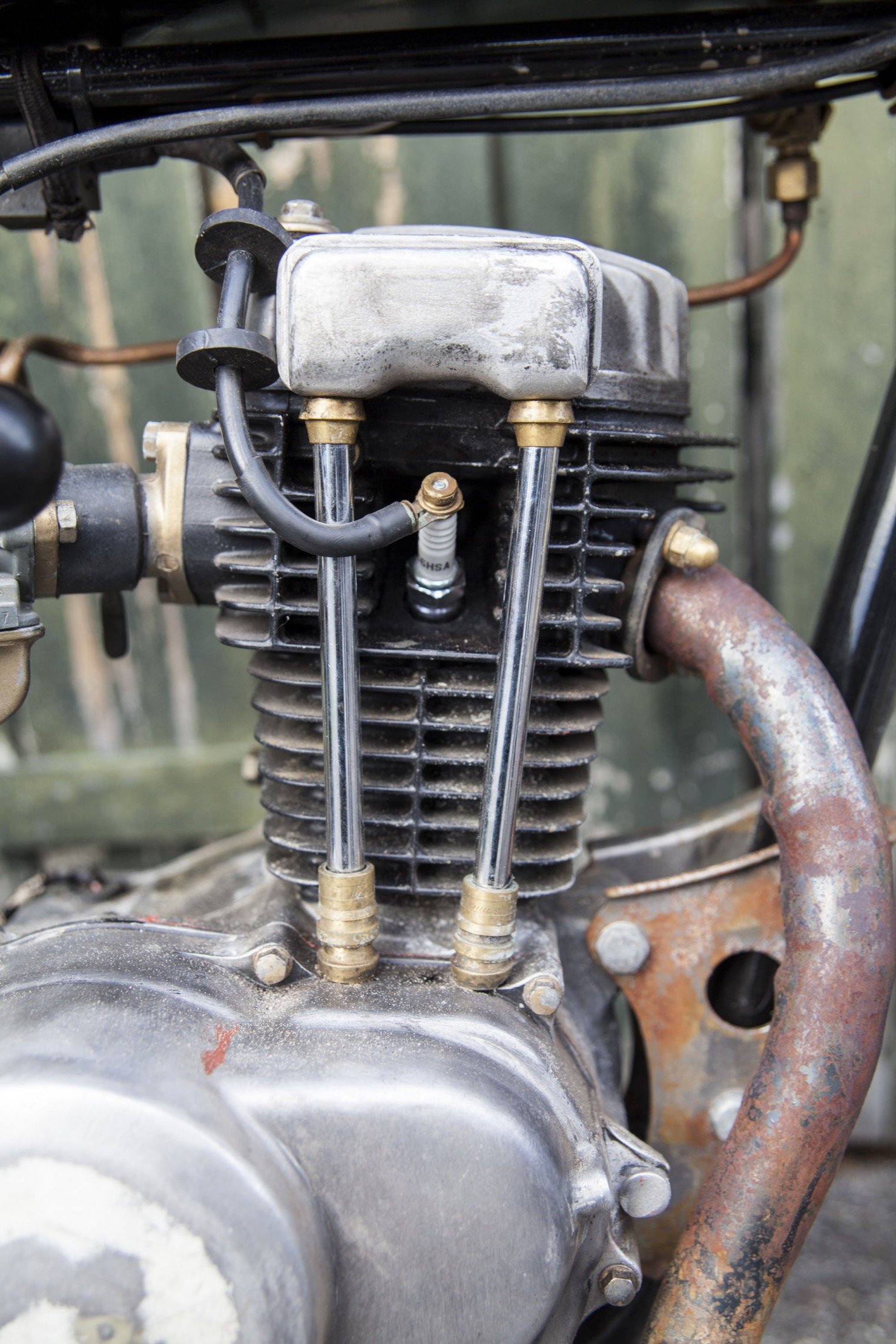 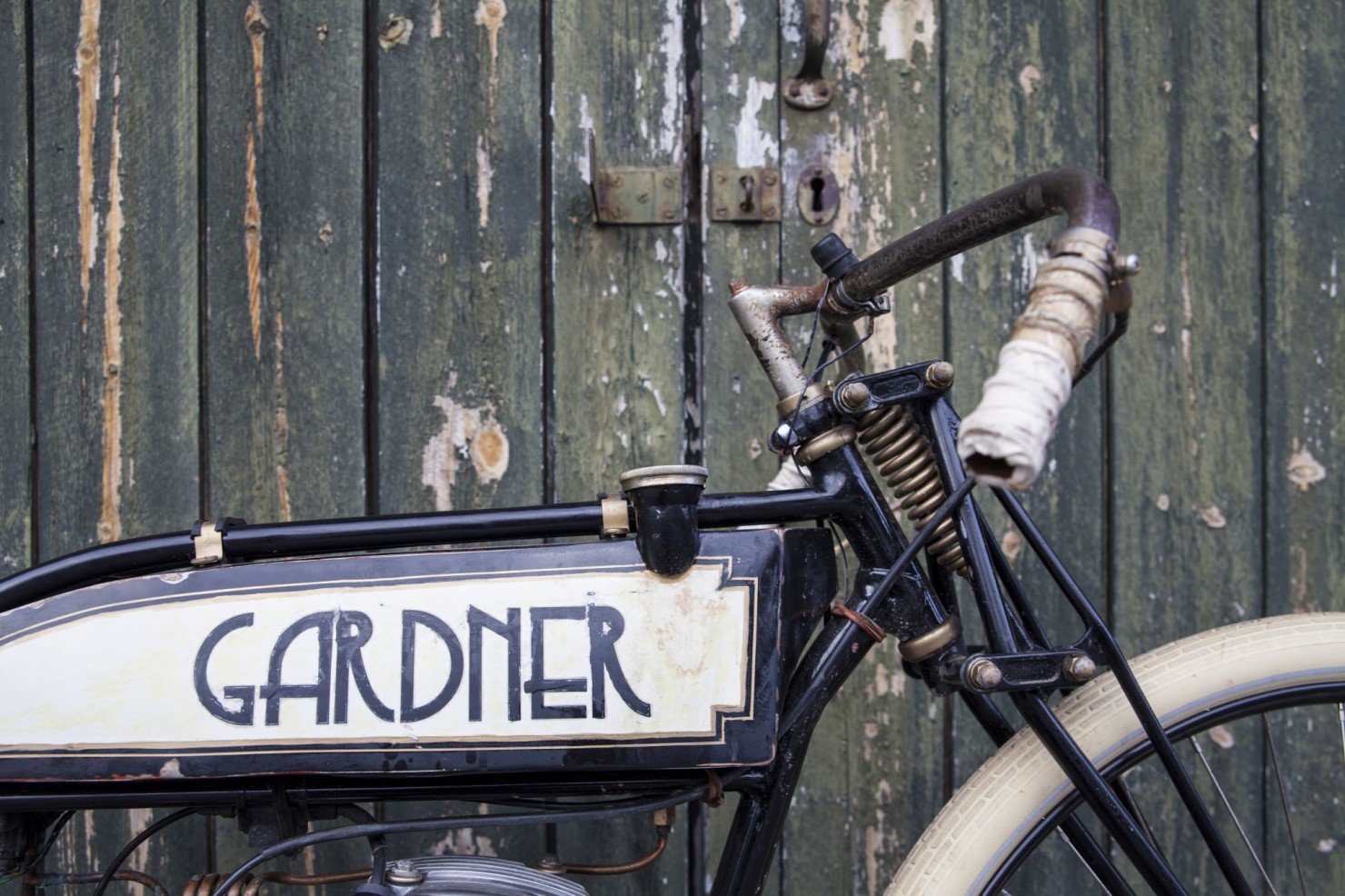 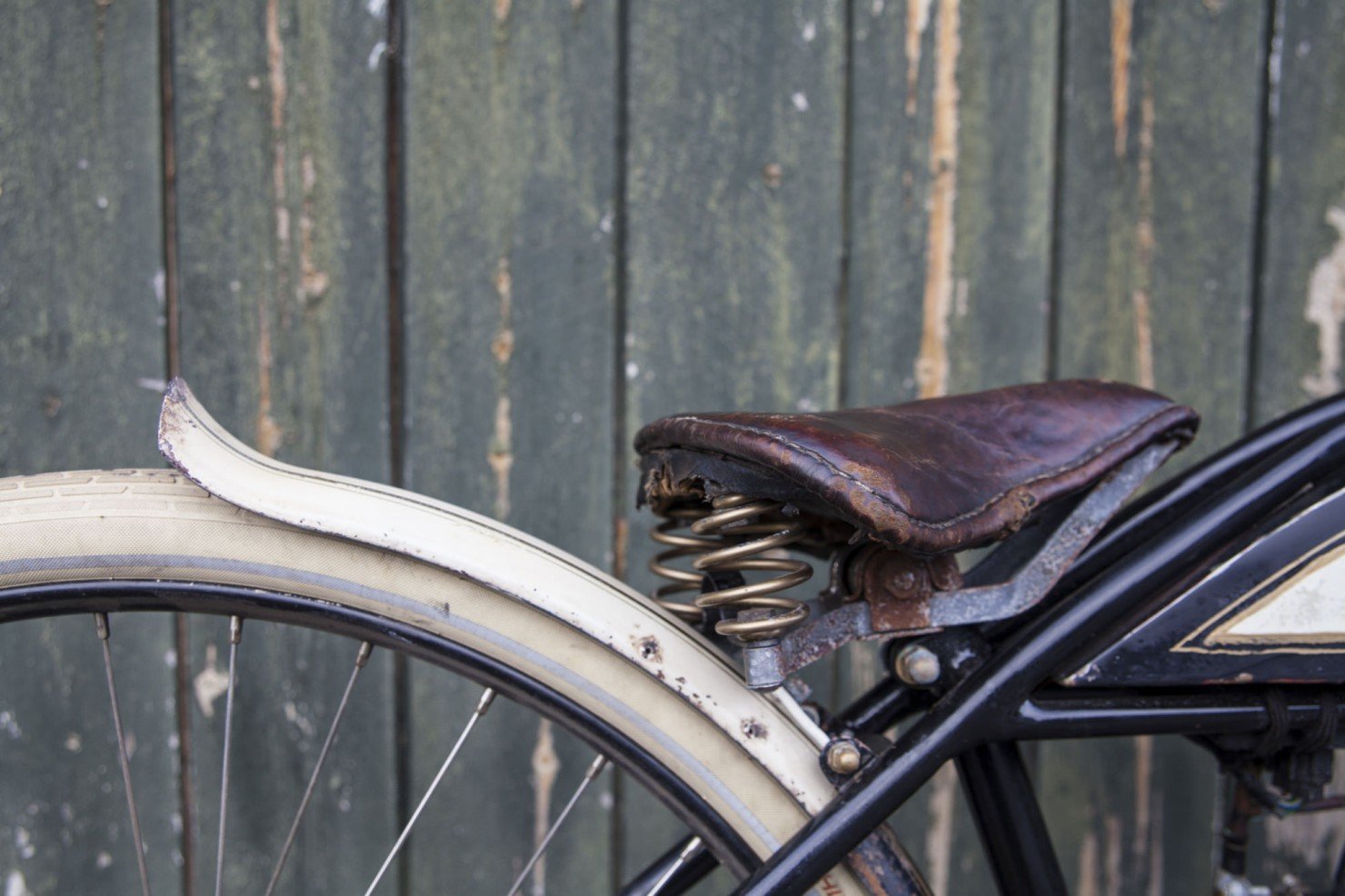 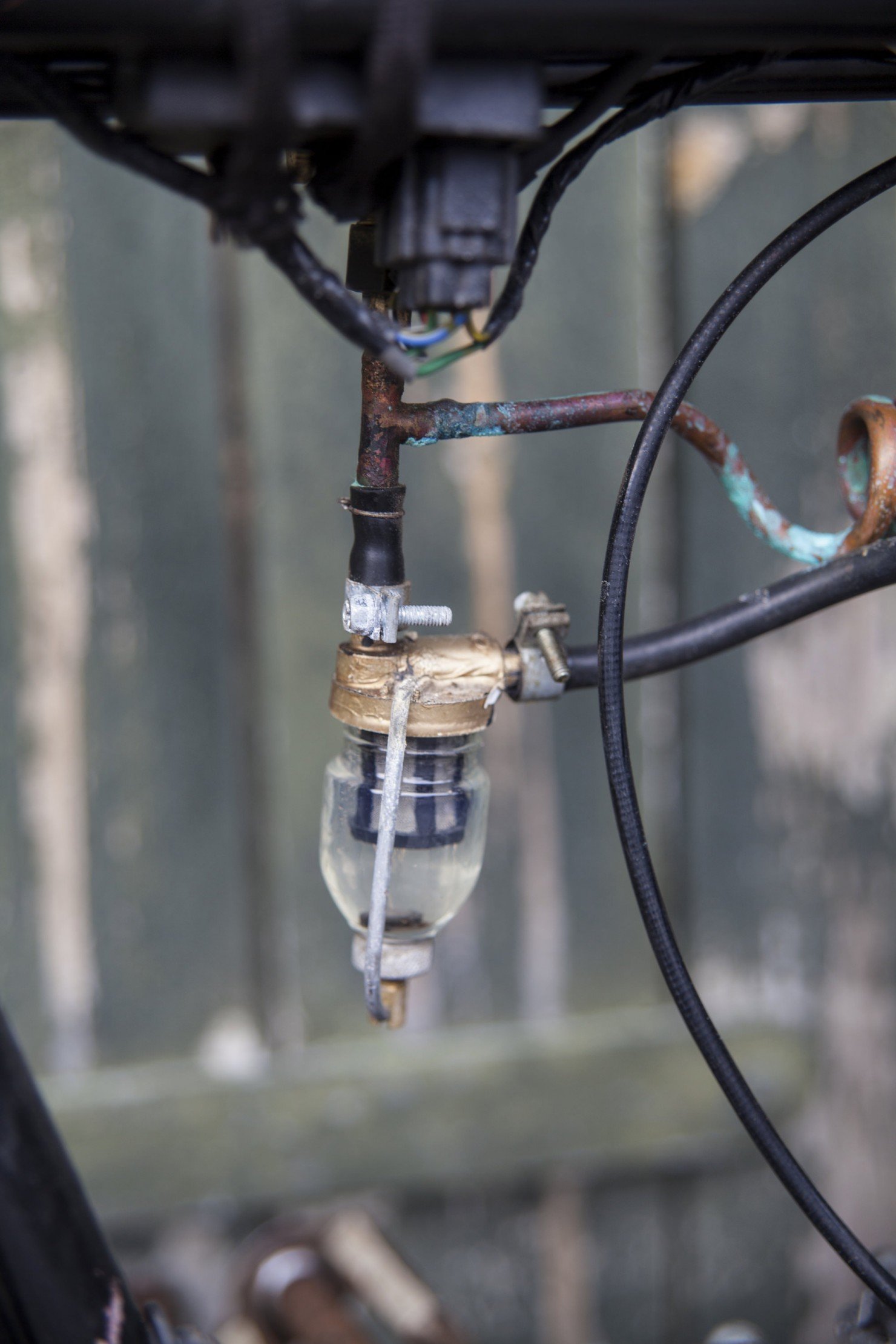 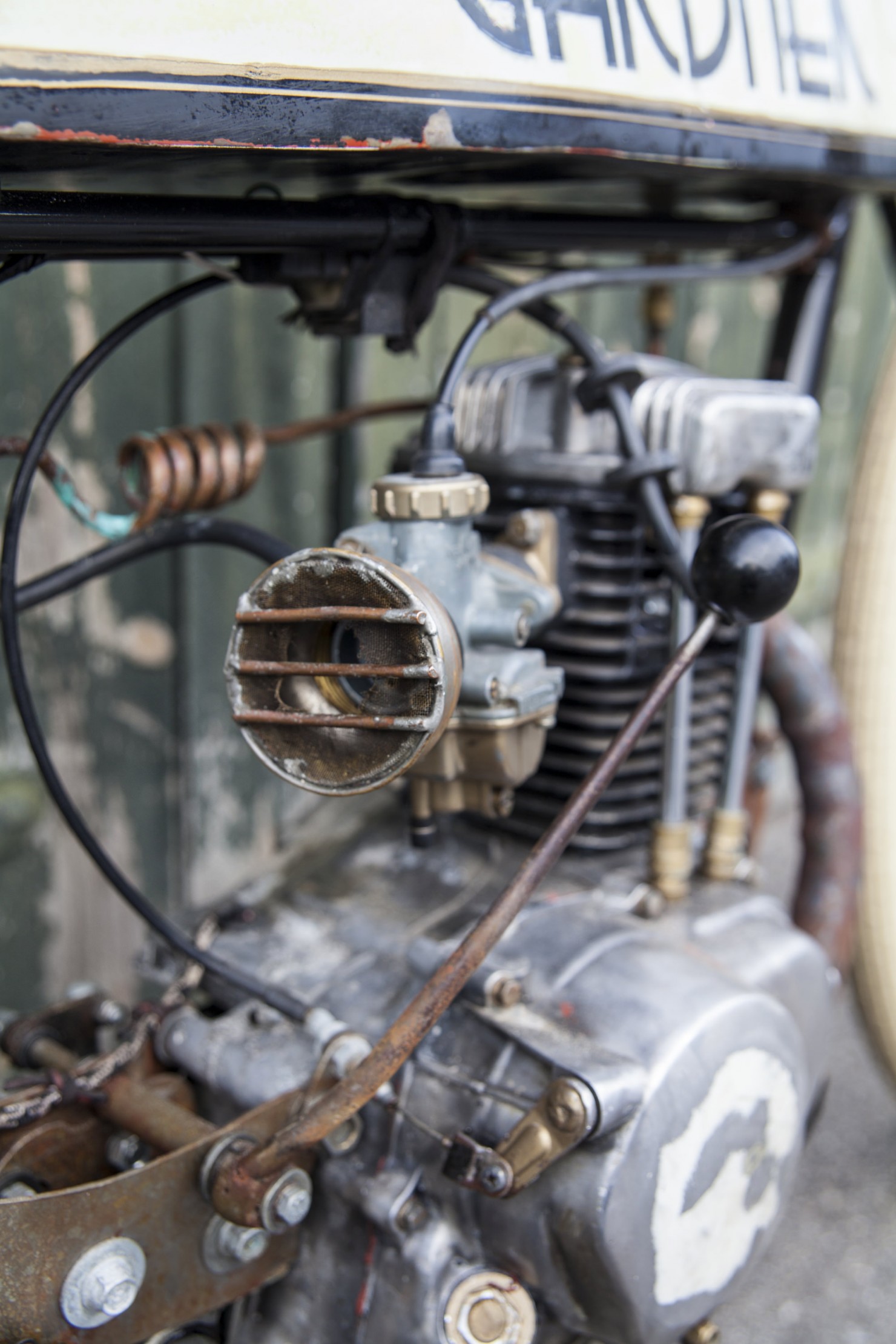 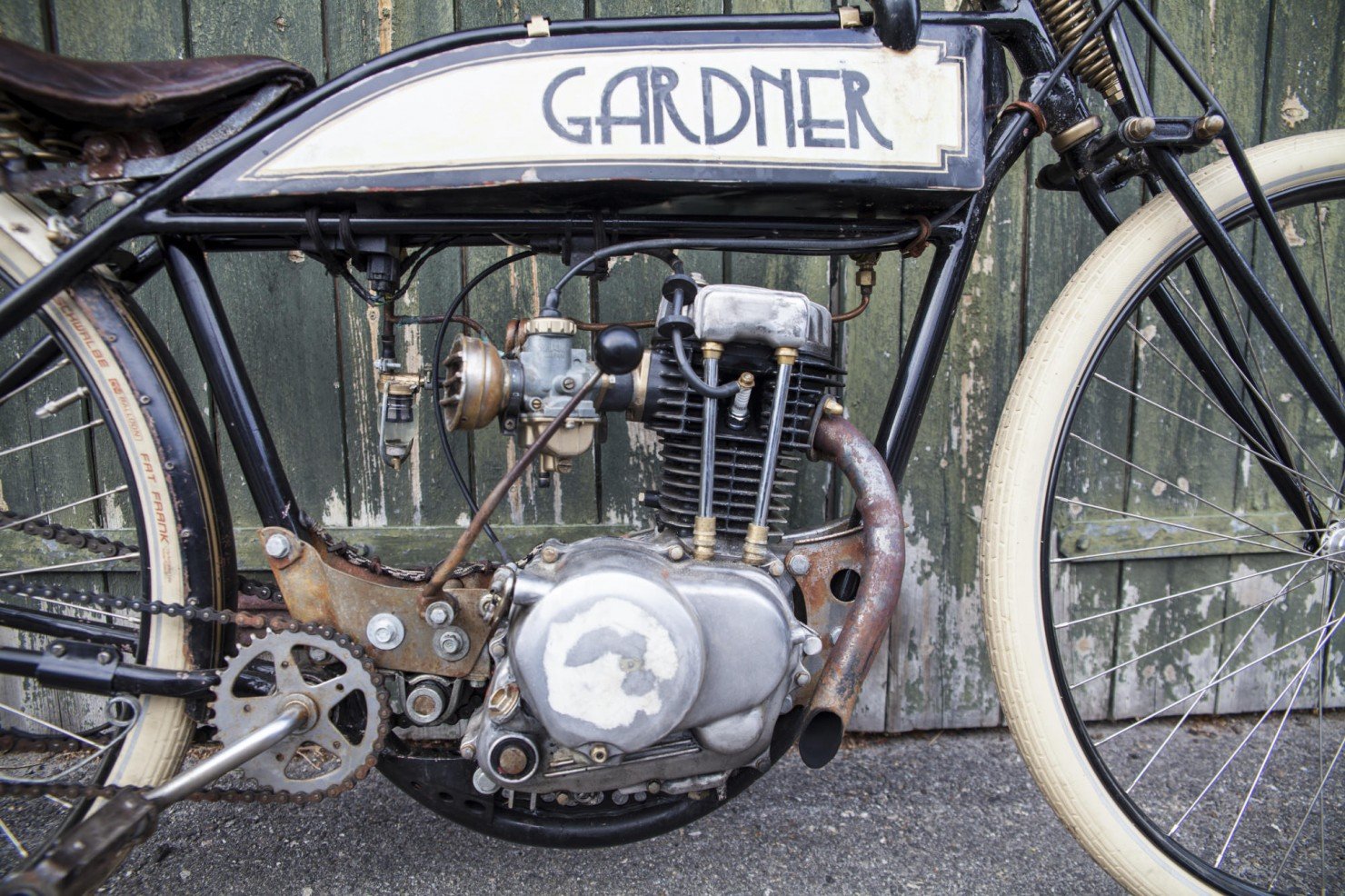 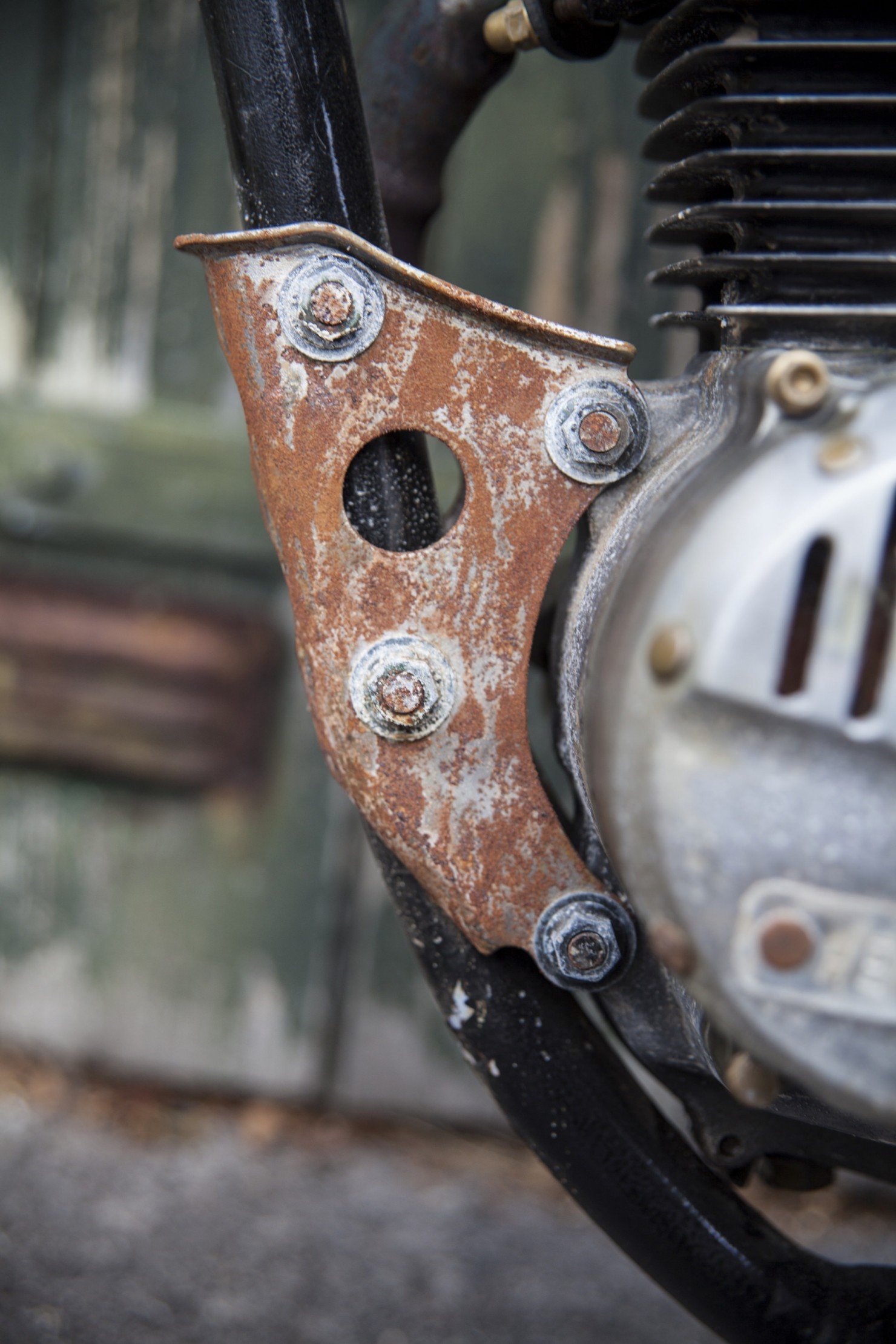