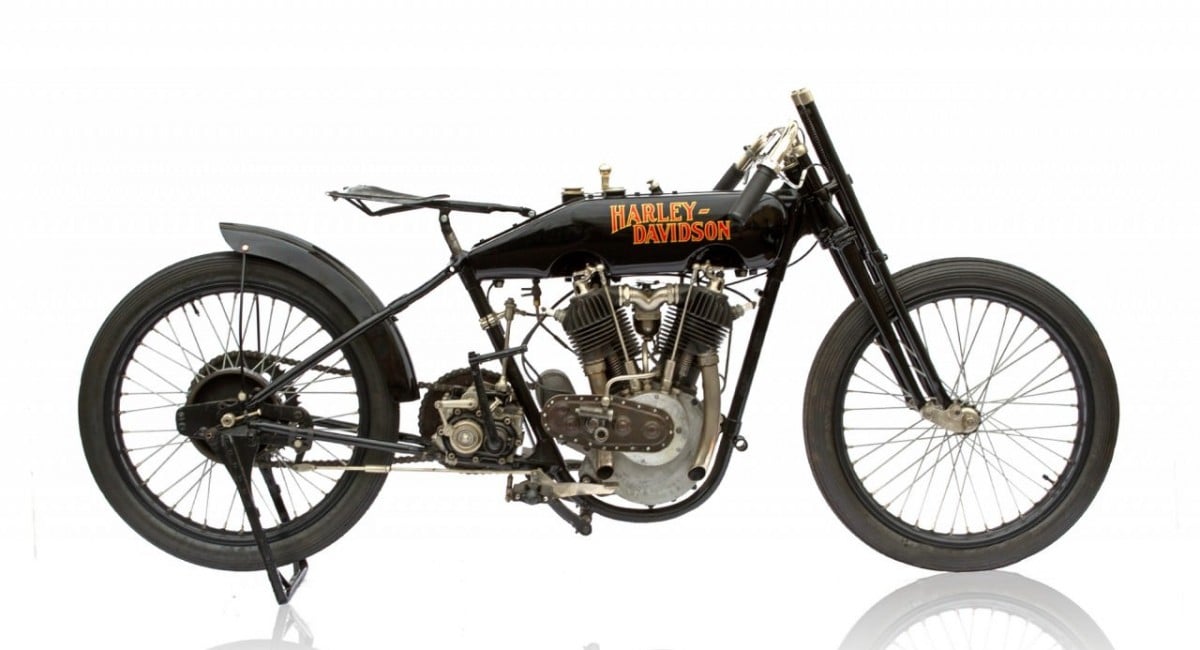 The 1917 Harley-Davidson Model 17-T was the Panigale of its day, it was specifically designed as a racing motorcycle by Harley-Davidson and was destined to compete on the dirt, grass and board track circuits of the era.

Each 17-T was fitted with a 1000cc V-Twin (61 cubic inch) F-Head engine and a 3-speed, sliding-gear transmission with a ‘step starter’. A year before in 1916 model had adopted a curved fuel tank design, as opposed to the flat sided tanks they’d been using previously. They’d also changed the cams from 2 lobe to 4 lobes – to modify valve timing and improve performance.

The construction of the 17-T was relatively straight forward, the frame was a single down-tube design common in the formative years of motorcycling. The bright-work on the bike was nickel-plated as opposed to chrome-plated and, as was typical of the time, the front suspension was minimal, the rear suspension and brakes didn’t exist, and mufflers hadn’t been invented yet.

The bike you see here is currently for sale from Deus Ex Machina in Sydney and is said to be in perfect condition, running and ready to race. You’ll probably need to source your own board track stadium, however. 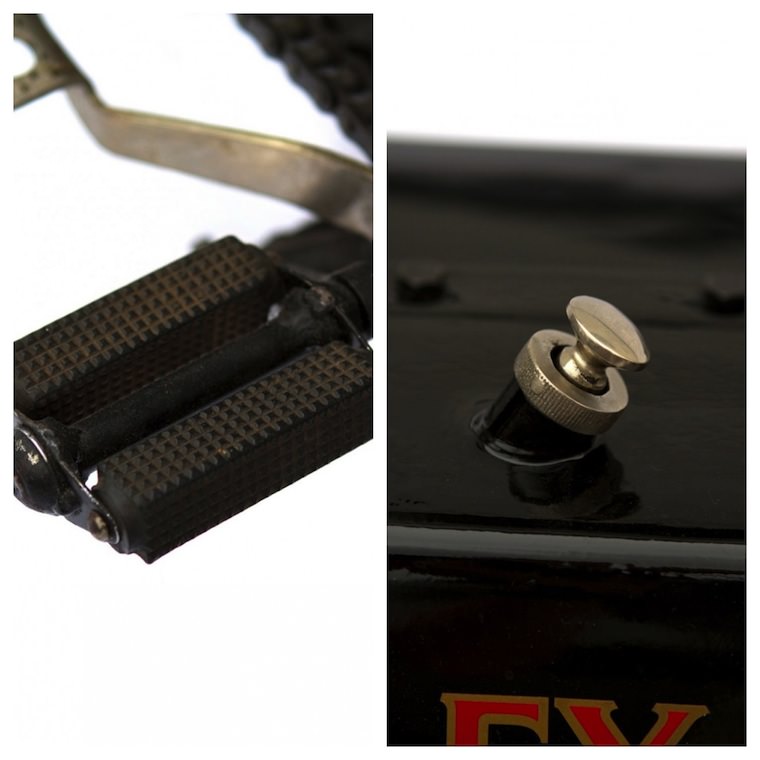 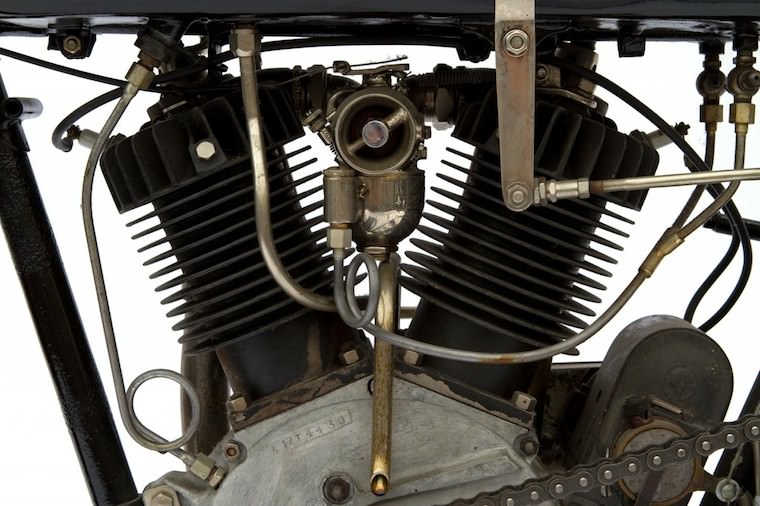 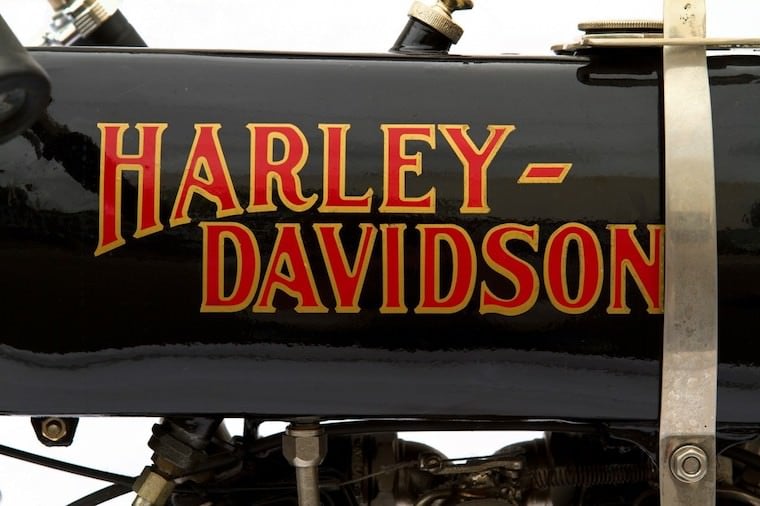 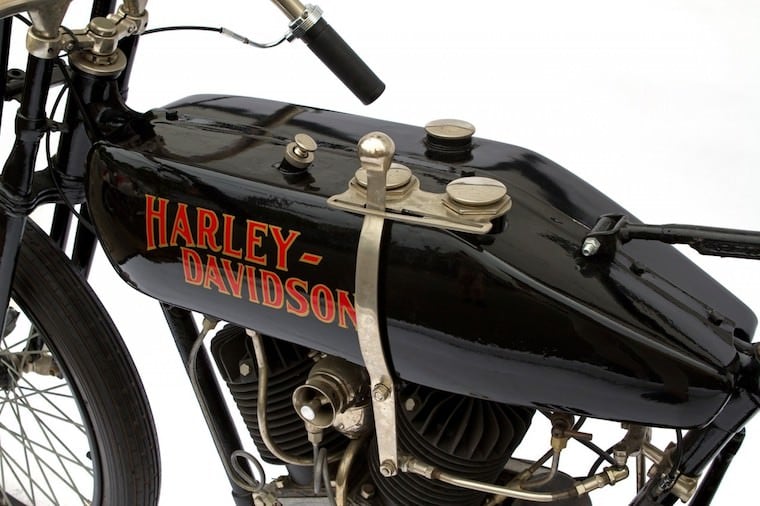 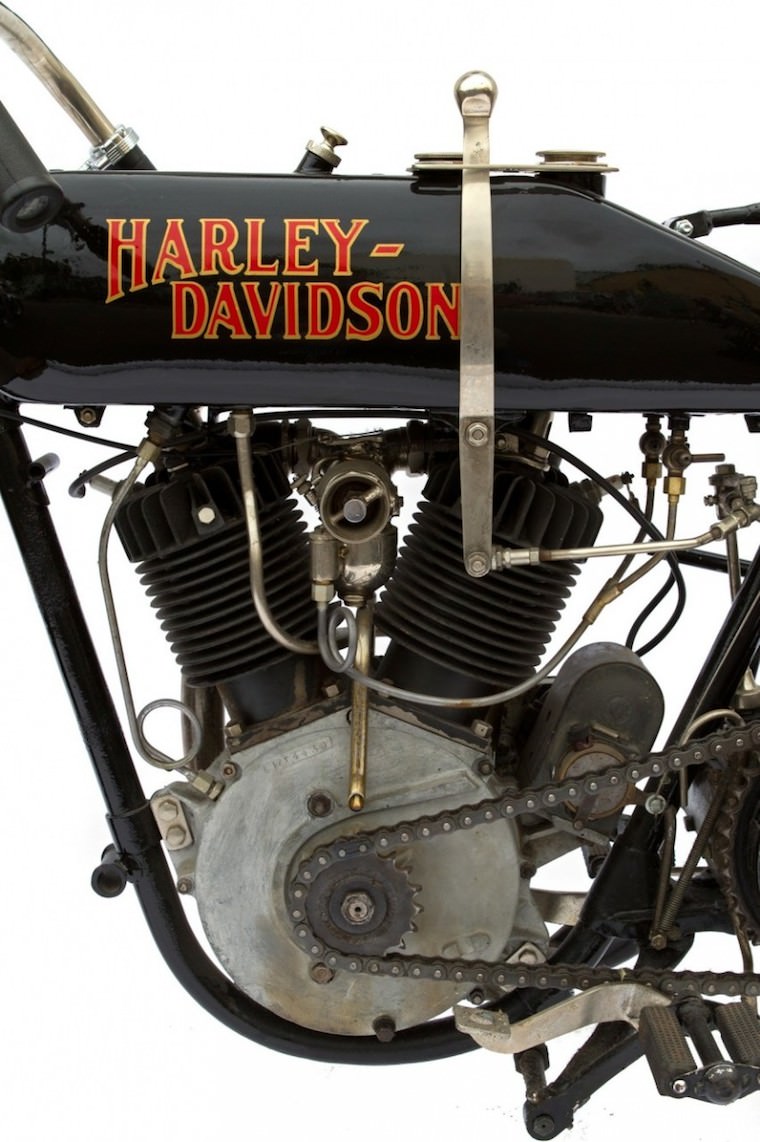 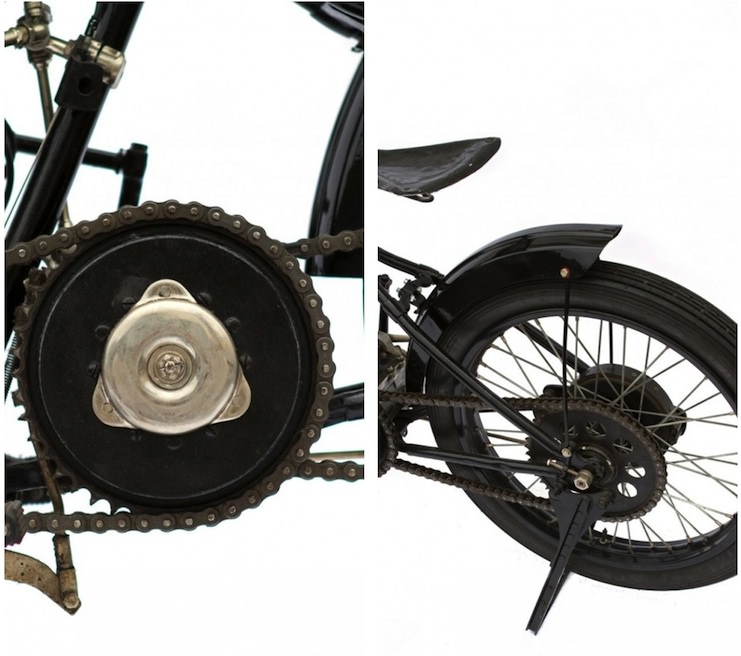 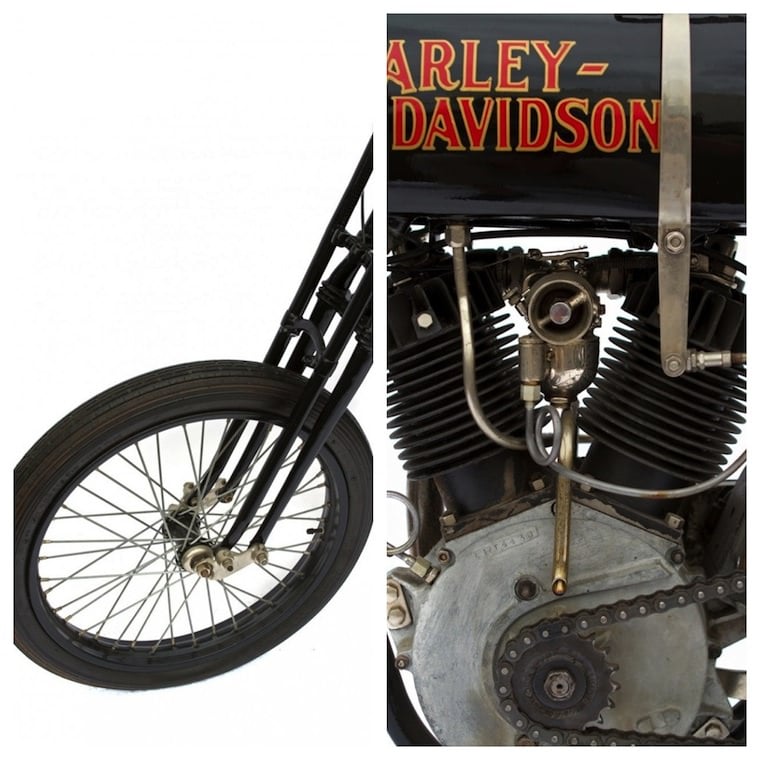 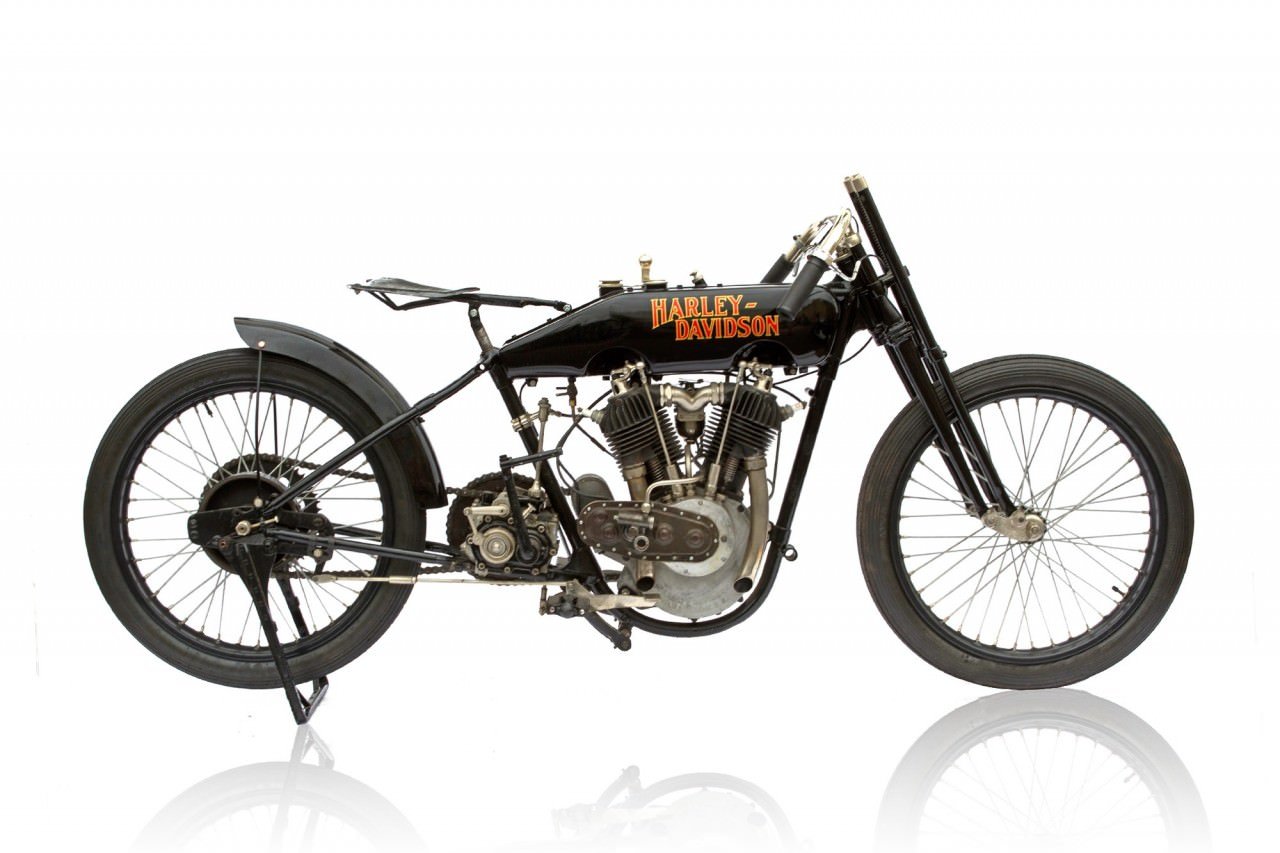