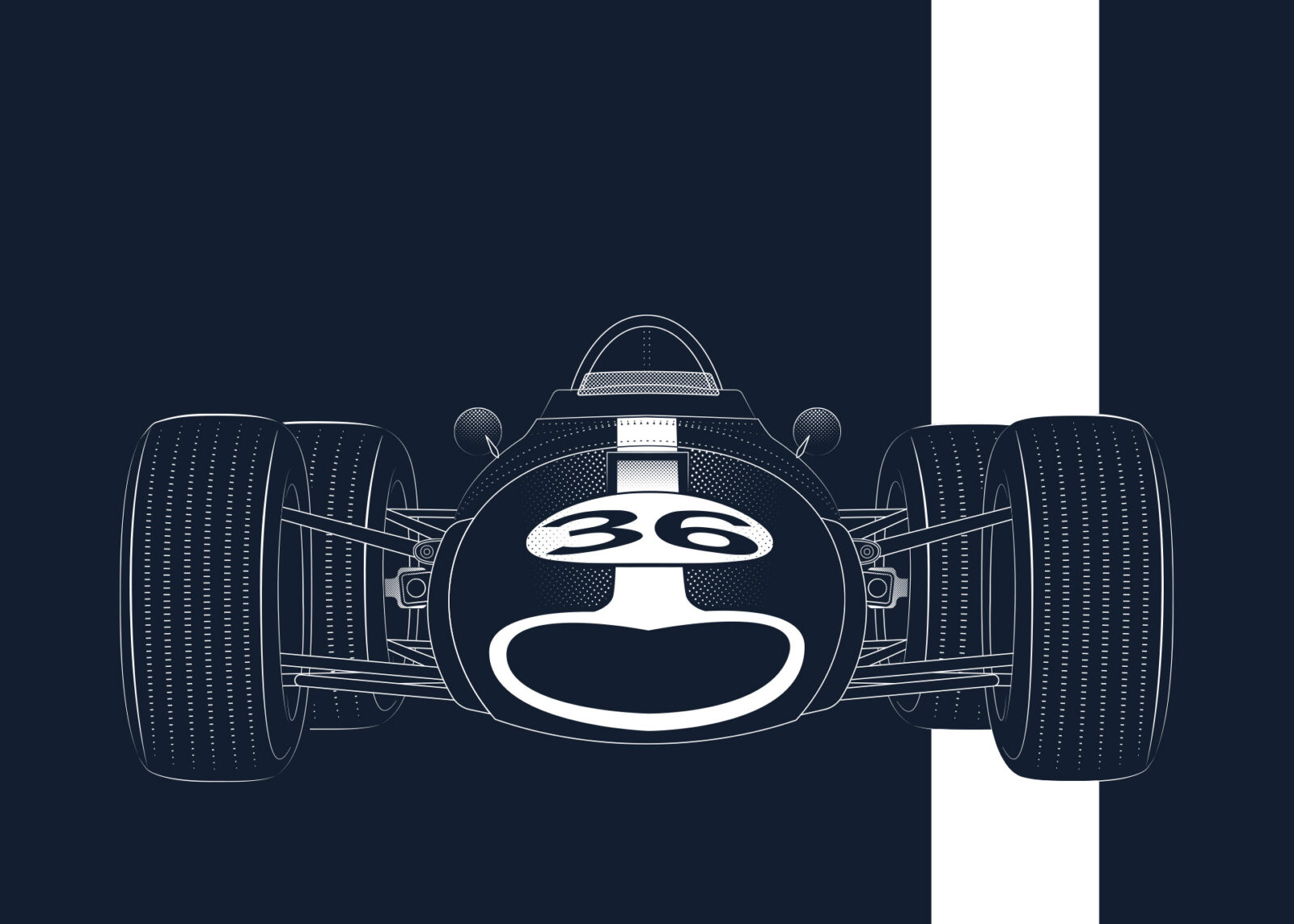 The Anglo American Racers Eagle-Weslake Mk1 is widely considered one of the most beautiful Formula 1 cars ever constructed, its distinctive colour scheme was Dan Gurney’s hat tip to the USA national racing colours which were also used on Fords, Shelbys and Scarabs in-period.

Personally, I’ve always been deeply enamoured with the Eagle-Weslake Mk1 for its elegance and its historical importance – this is the first and only American-built car to win a Formula 1 race and only the third car in F1 history to be driven by its constructor to a Grand Prix level victory.

The elegant print you see here measures 24″ x 18″ and uses white ink on heavy blue stock. Each one is hand-screened by Kansas City’s La Cucaracha Press and each is signed and individually numbered. 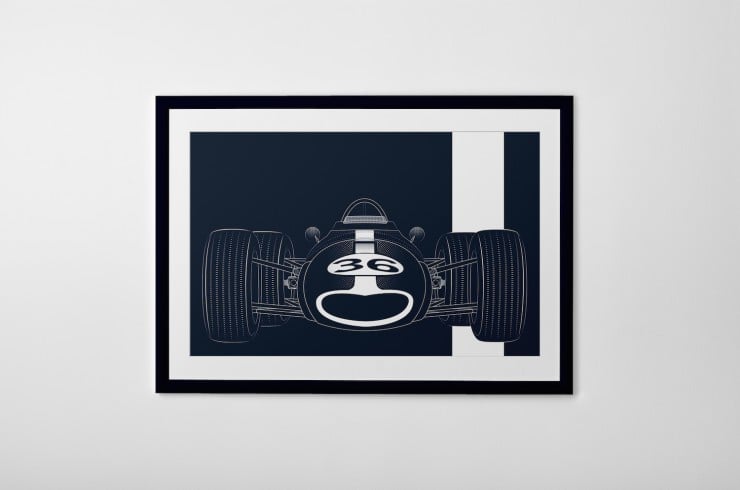 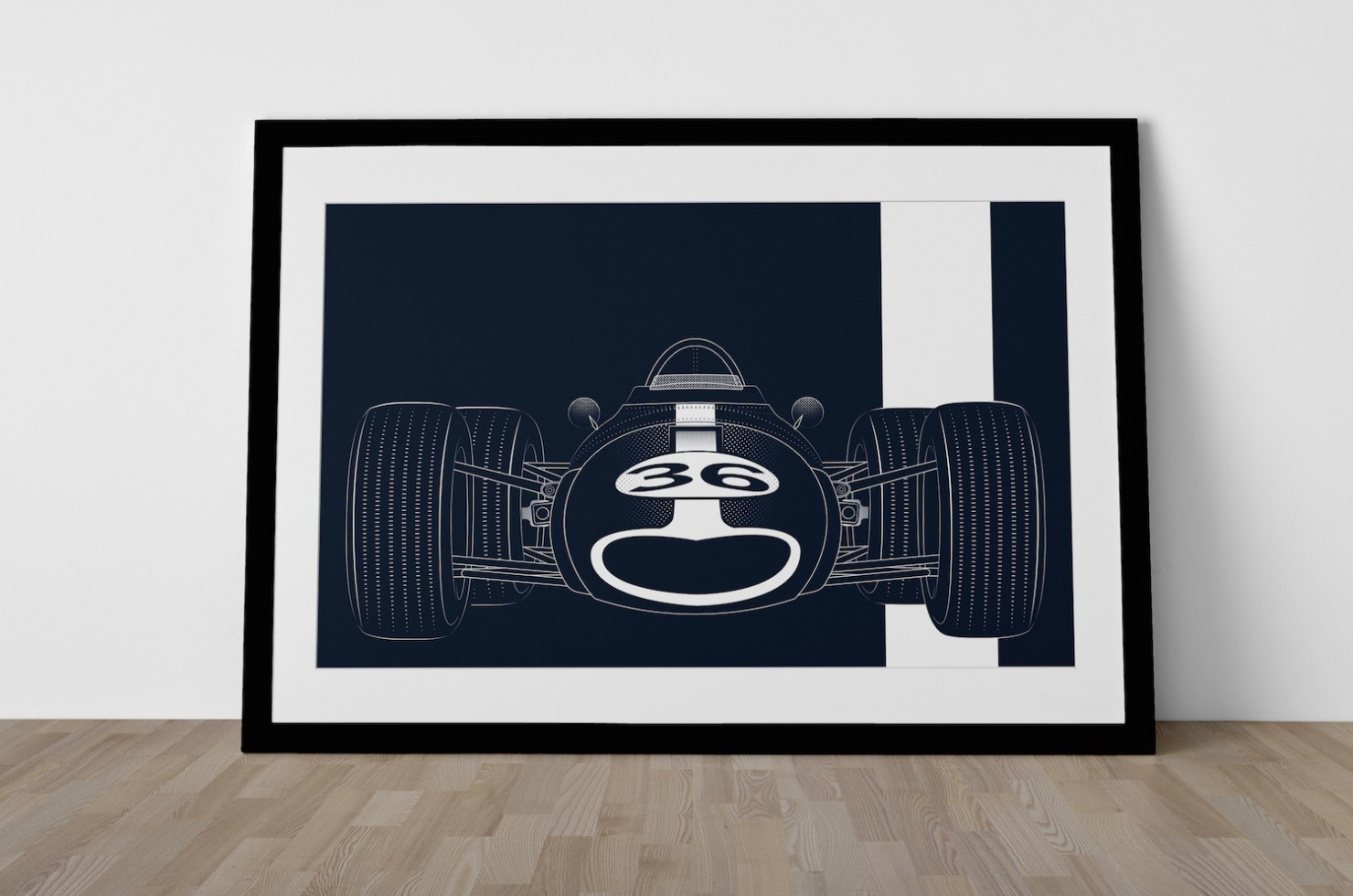 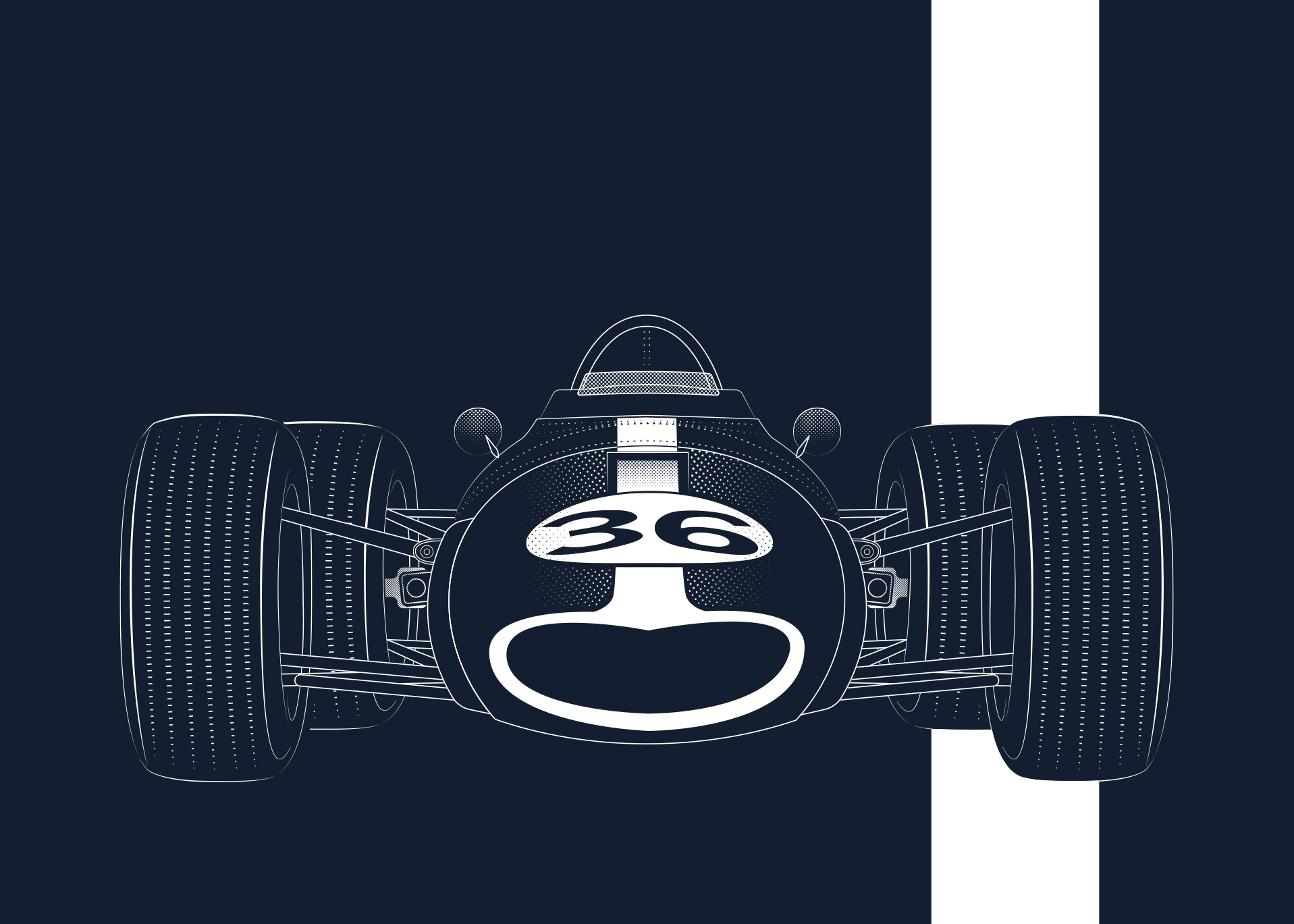