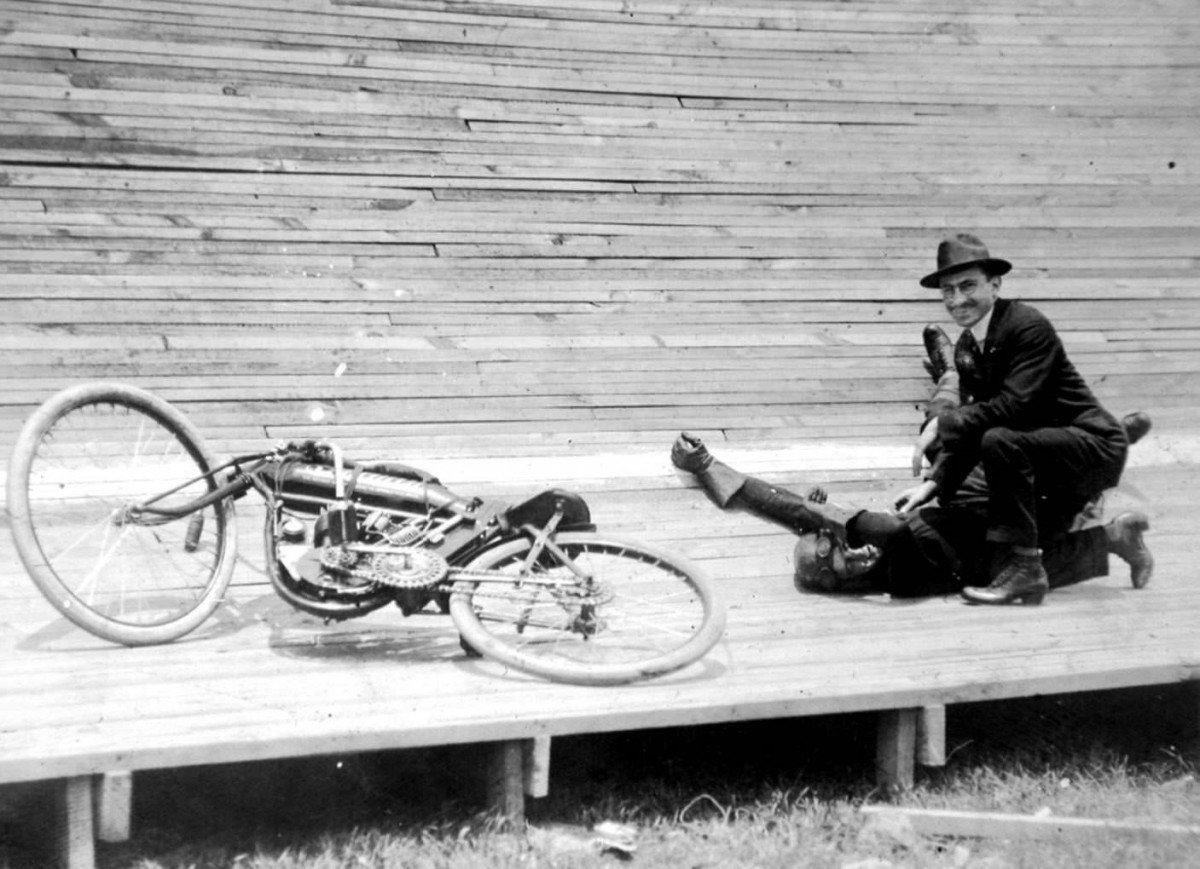 The above image presents a bit of a mystery, it appears to show a medic or doctor attending to a man who has clearly just come off his board track racing motorcycle and is laying at the bottom of the berm. I can only assume his injuries were no more severe than a few splinters and some bruised pride, as both the men are smiling broadly for the camera.

If you can shed any light on this image, shoot us an email to [email protected] 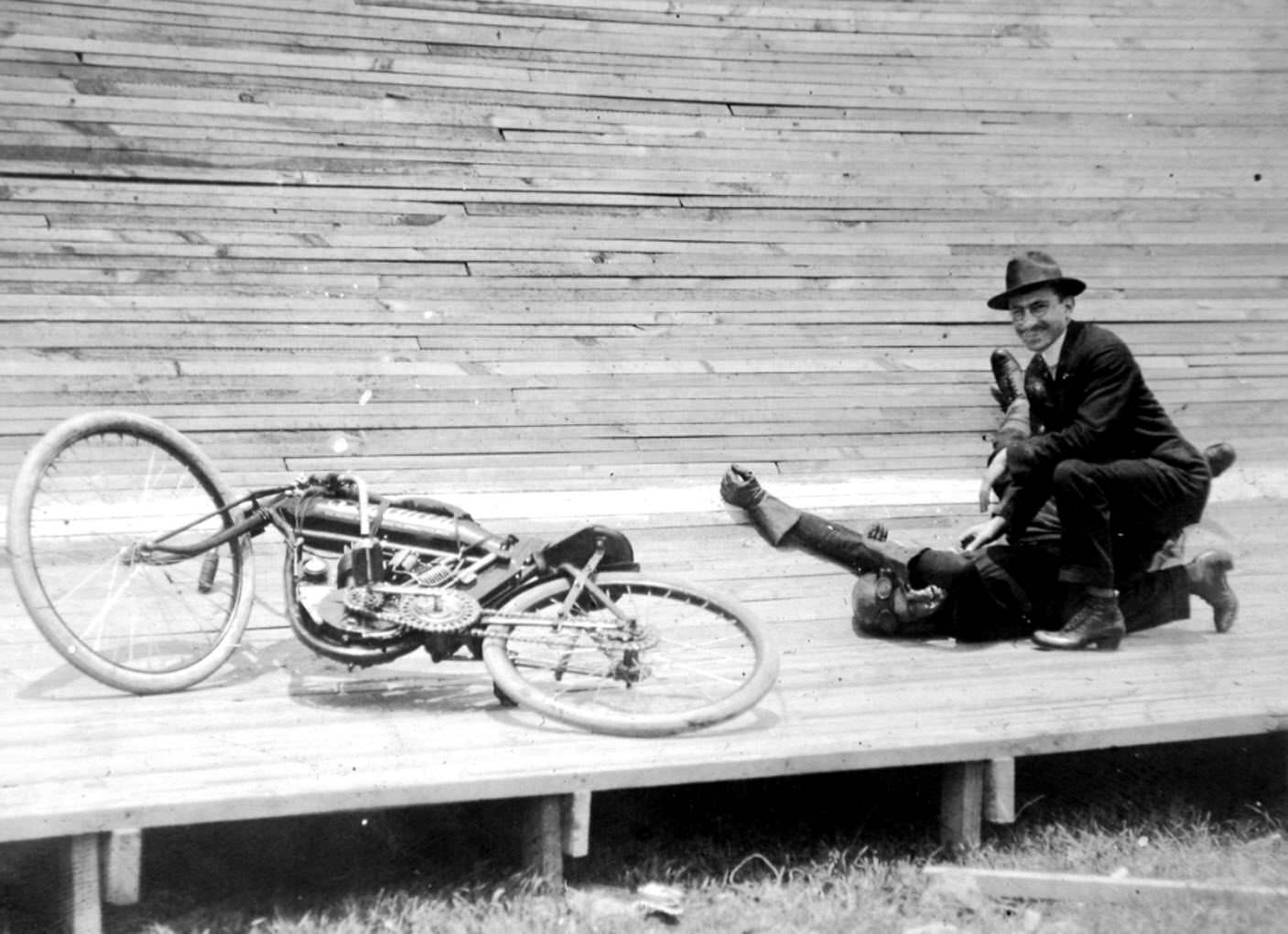