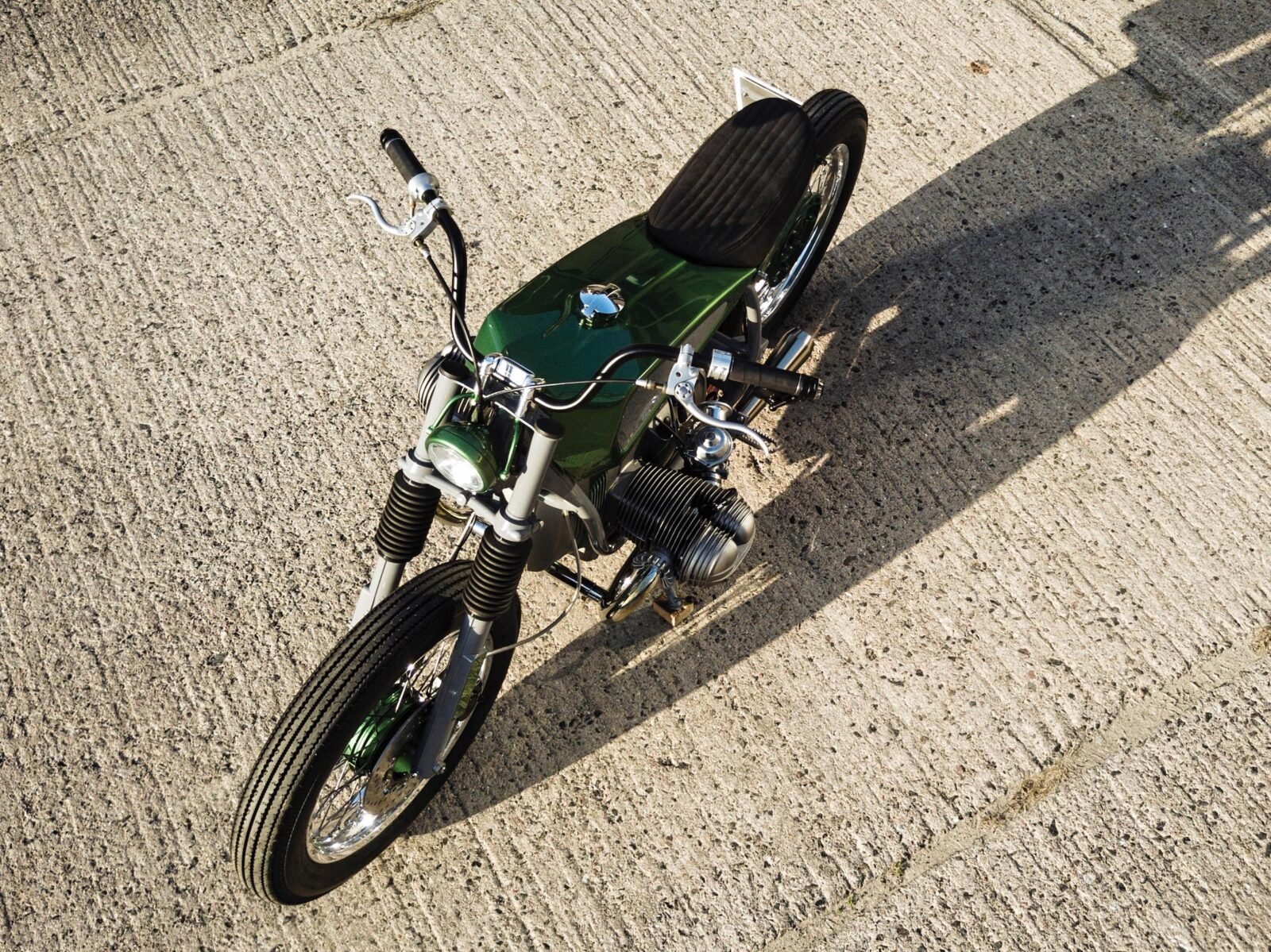 The BMW R80 ST was essentially the road-going version of its legendary brother – the BMW R80 G/S. The R80 ST didn’t quite enjoy the popularity of its sibling, only 5953 units were produced between 1982 and 1984, but surviving examples are seeing a lot of interest as classic air-cooled BMWs continue to see their desirability skyrocket.

The R80 ST had a few technical adjustments over its off-road focussed relative – the ST’s suspension had shorter spring travel, the front tire was 19″ and the bike was obviously fitted with road tires front and back.

The ST has a shaft-drive and a single sided swing-arm with a monoshock, the total weight of the bike is just 180kgs (396lbs) which contributed to its good handling. The boxer engine gives the R80 ST a very low centre of gravity, the twin cylinder 797cc unit produces 37kW (50hp) and 59Nm of torque in stock trim. 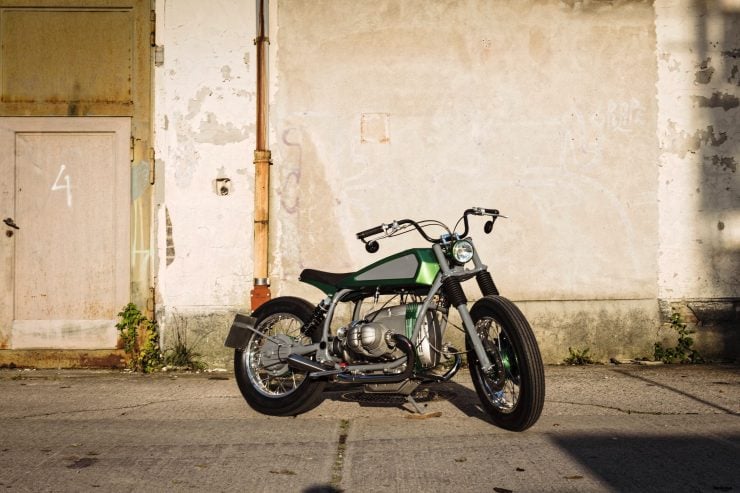 As with almost all BMW motorcycles of its era, the R80 ST is powered by an opposed-twin, air-cooled engine with twin carburetors, pushrods, two-valves per cylinder, a drive shaft (rather than a chain), and unit construction. It’s a formula that worked well for BMW for decades, and these engines are still among the most distinctive designs of their time.

In some respects, the BMW R80 ST is one of the preeminent examples of the classic BMW motorcycle. Its twin-loop steel tube frame, somewhat reminiscent of the Featherbed design, with its low-slung opposed twin and monoshock rear are never likely to be mistaken for anything produced by another marque. And if well maintained they’ll essentially run forever and a day.

The R80 ST you see here is vastly different from how it rolled out of the factory. The Berlin-based garage has a long history of building fascinating custom motorcycles, and this one is no different.

It was built as part of the BMW Motorrad Days in Garmisch-Partenkirchen (held in July), with design and construction taken care of by Henry Schulze and the rest of the Urban Motor team – Uwe, Viktor, and Peter.

From the outset, the plan was to strip the bike back to its bare elements, reducing weight and showcasing the bike’s core structure. 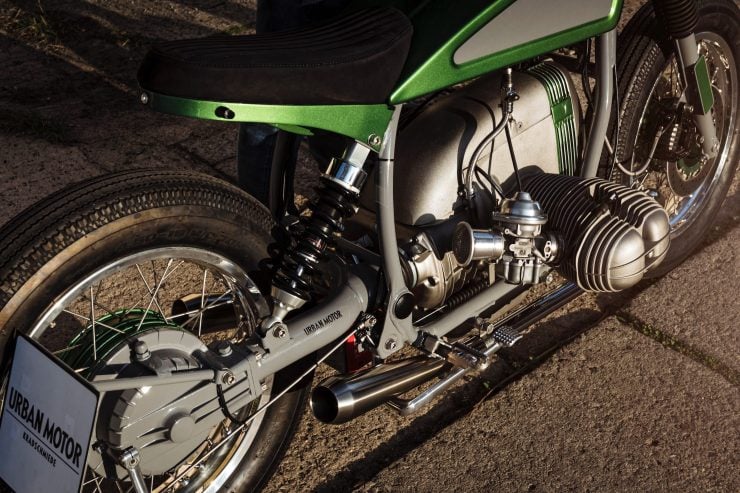 The frame and swing arm were painted grey to match the engine, and the original air box was removed and substituted for twin mesh-covered velocity stacks. A new subframe was fabricated and fitted with a bespoke leather seat created by Urban Motor, and a new aluminum fuel tank designed in-house and built by Marvin Diehl at KRT Framework.

The forks were shortened by 6.5 cm and fitted with Wilbers progressive springs, with a matching adjustable Wilbers monoshock on the rear. A pair of beautifully curved Kustom Tech levers were installed, along with a motogadget m-Switch Mini, M-Button, M-Unit, and motogadget Mini Speedo. A pair of Oberon bar end mirrors were added capping off the leather gripped handlebars on each end.

The completed bike weighs in at 175 kilograms (385 lbs), and produces approximately 60 hp with 74 Nm of torque. Reading the specs and looking at the images leaves little doubt that this would be a hugely entertaining bike to ride, more than capable of rubbing shoulders with many far more modern motorcycles. 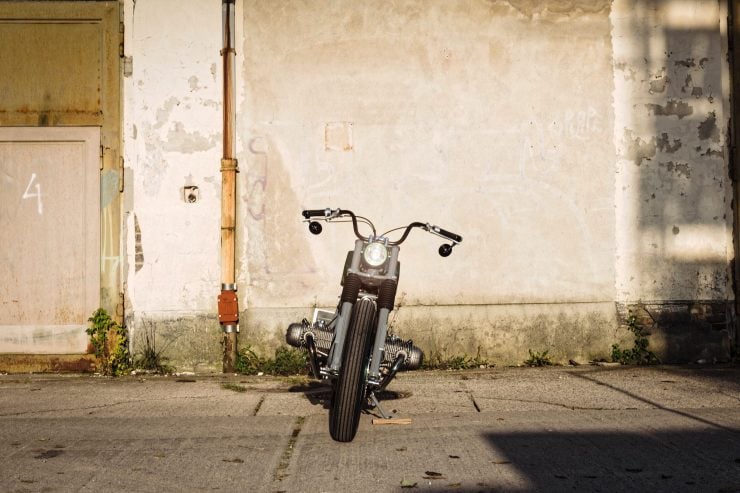 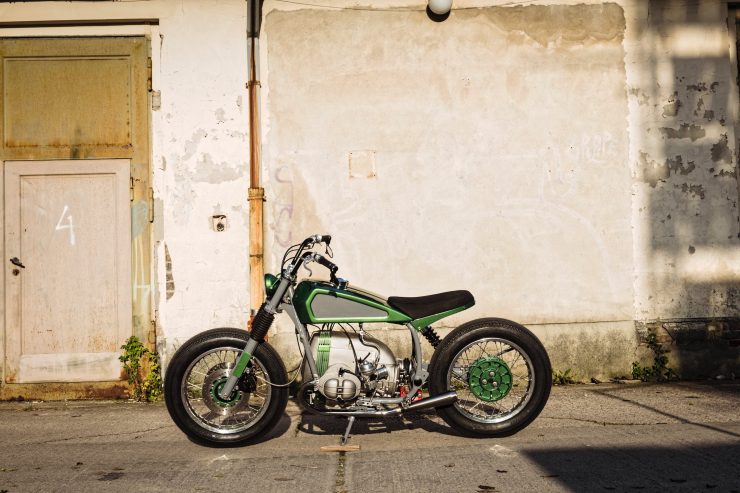 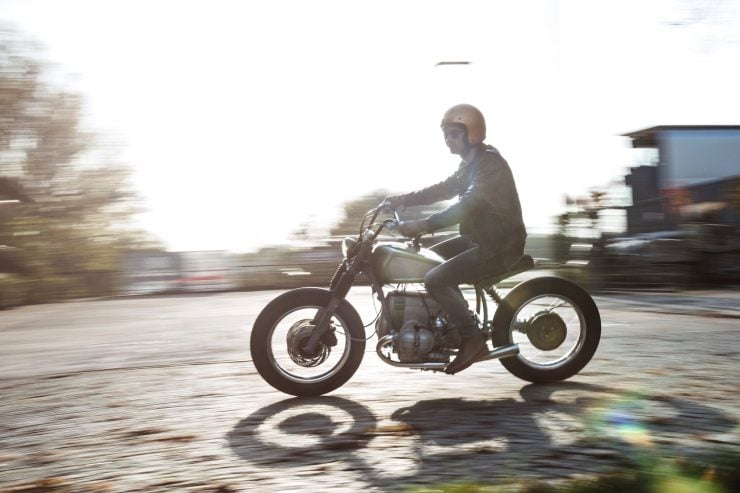 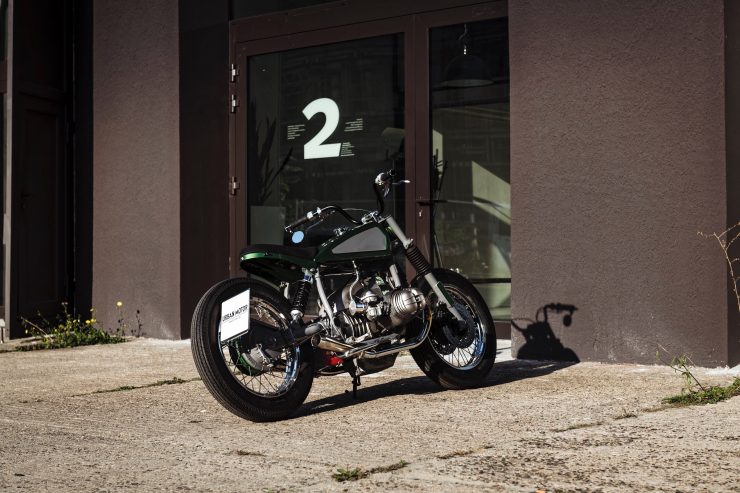 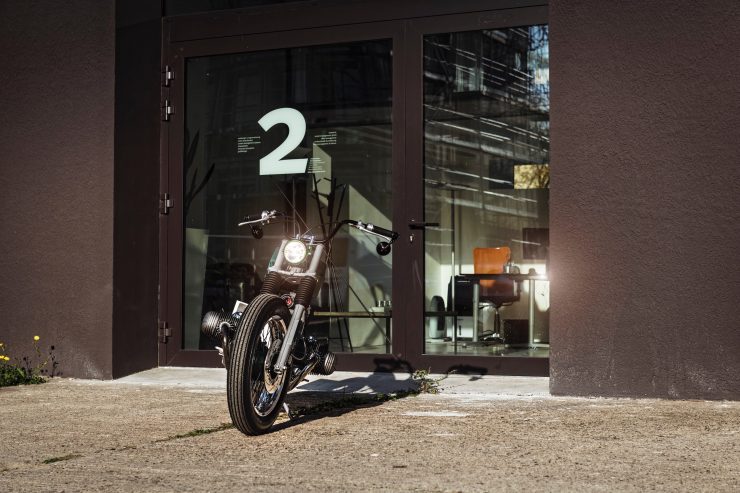 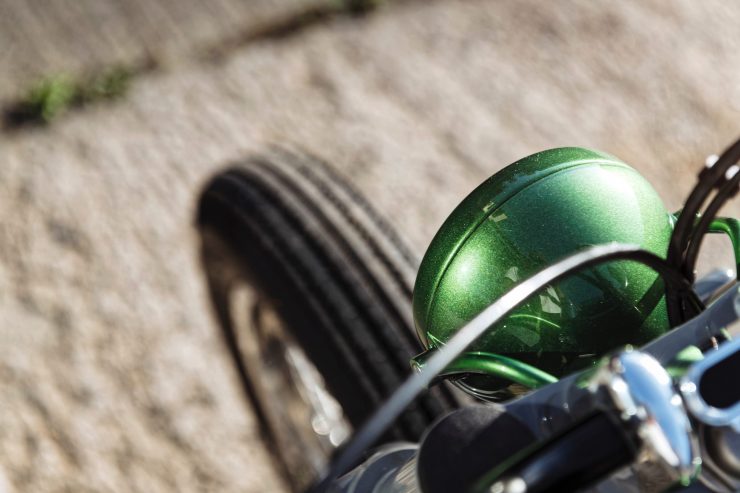 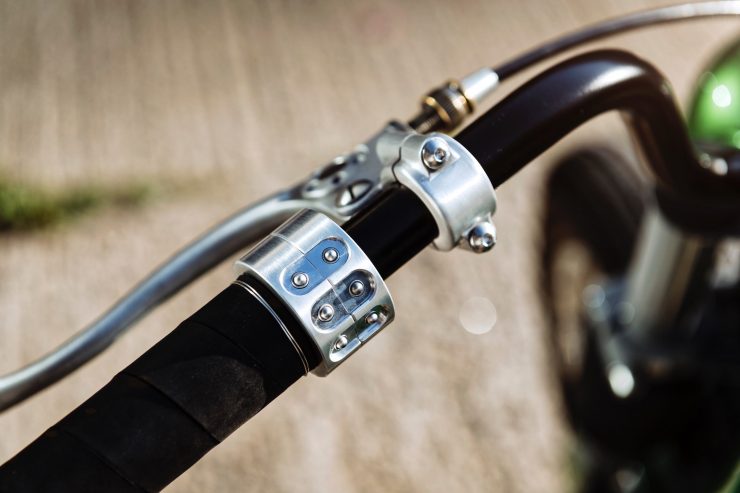 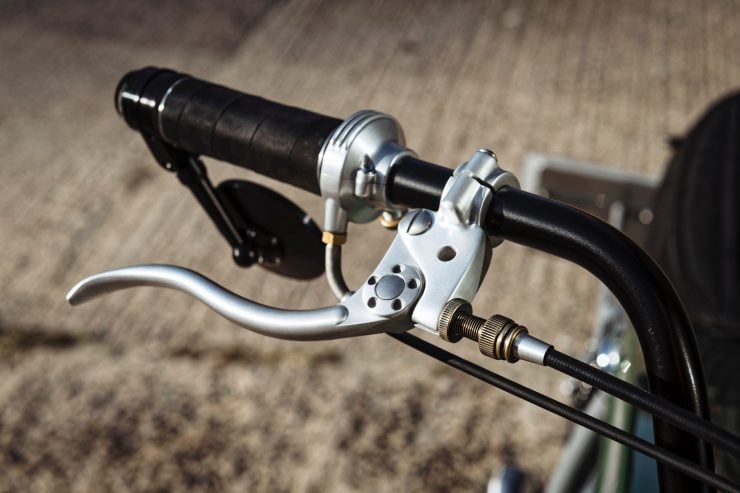 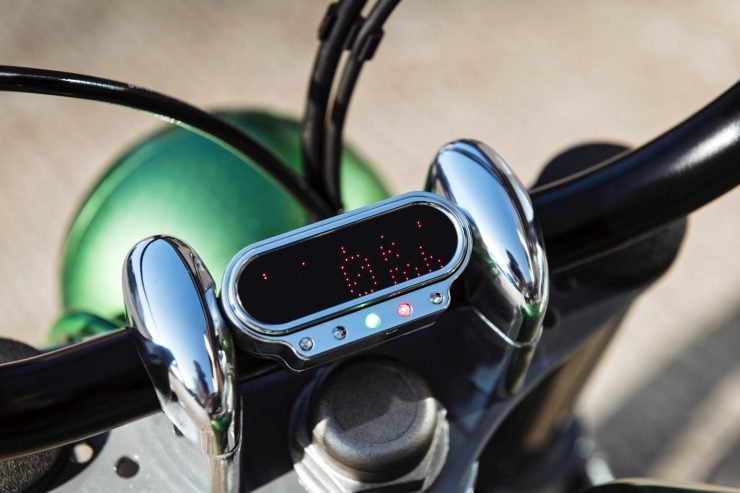 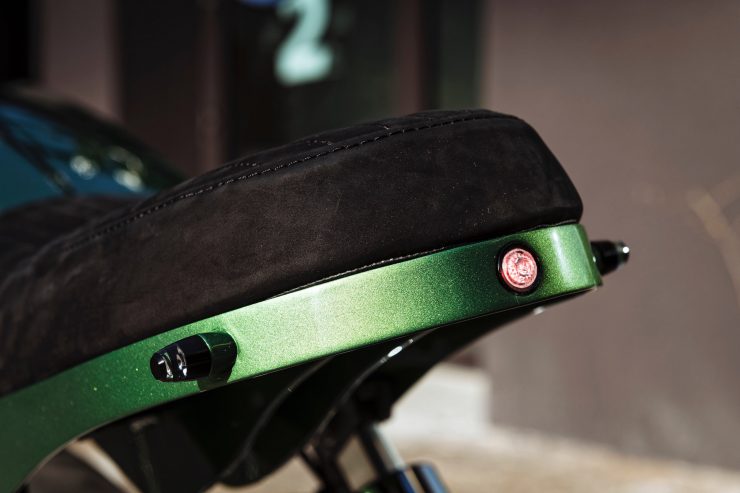 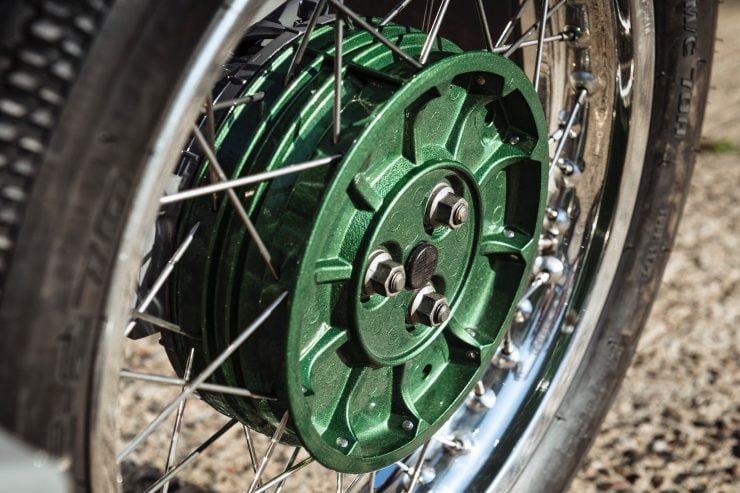 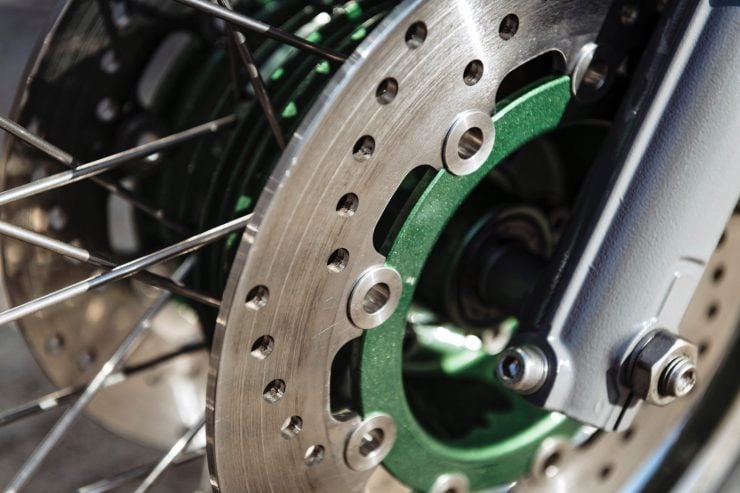 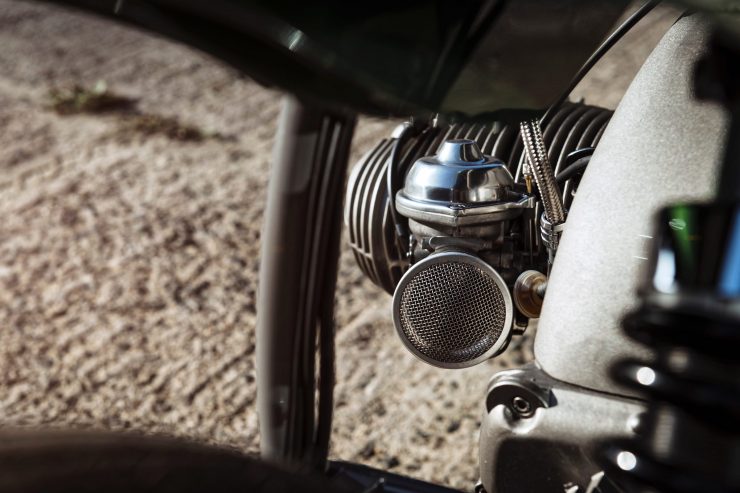 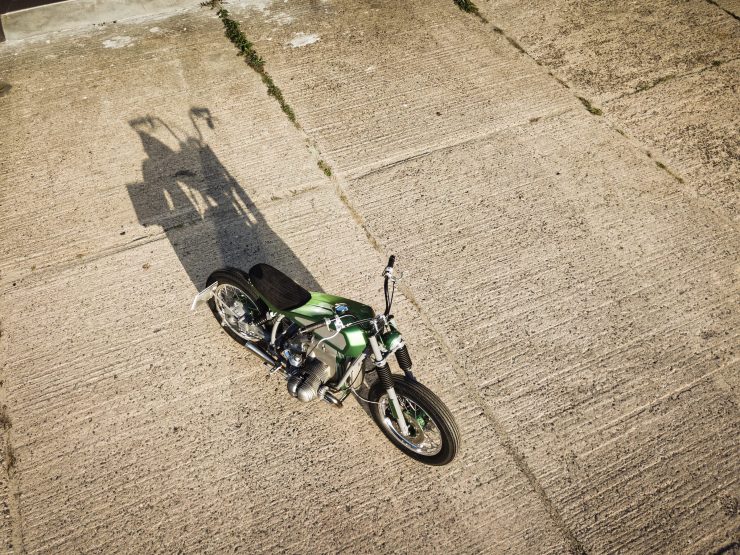 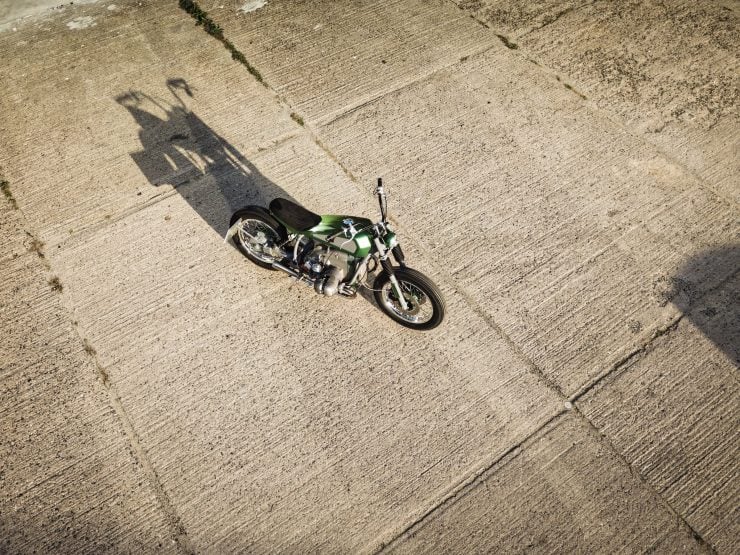 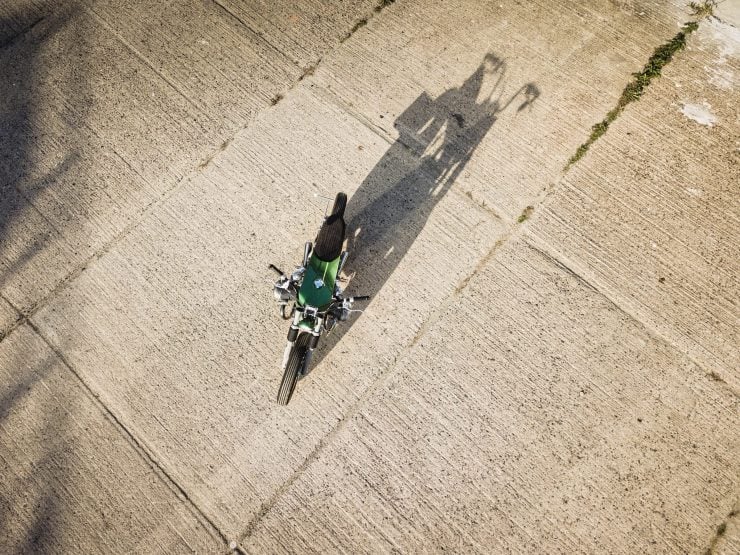 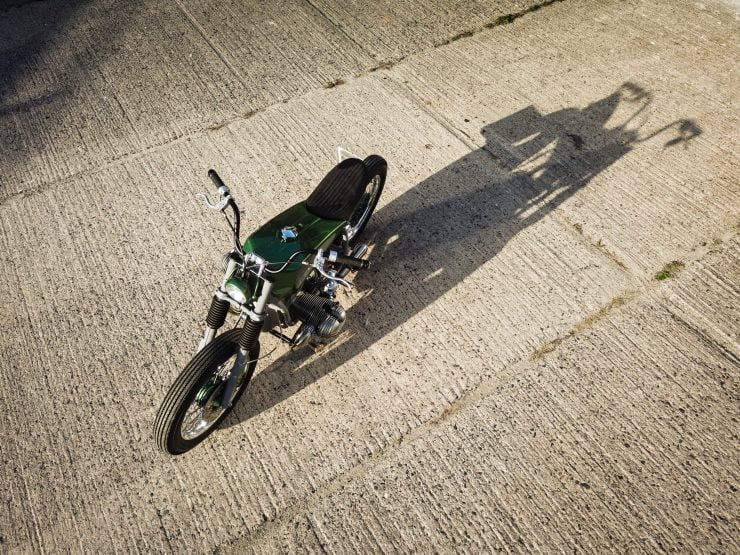 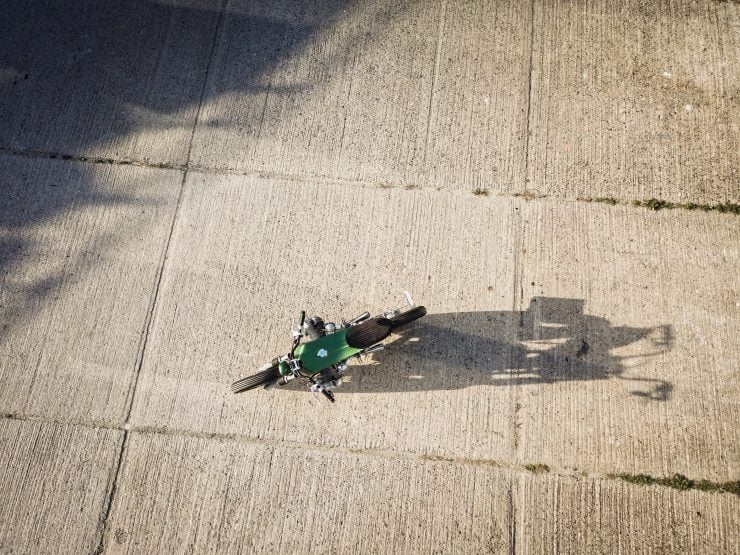 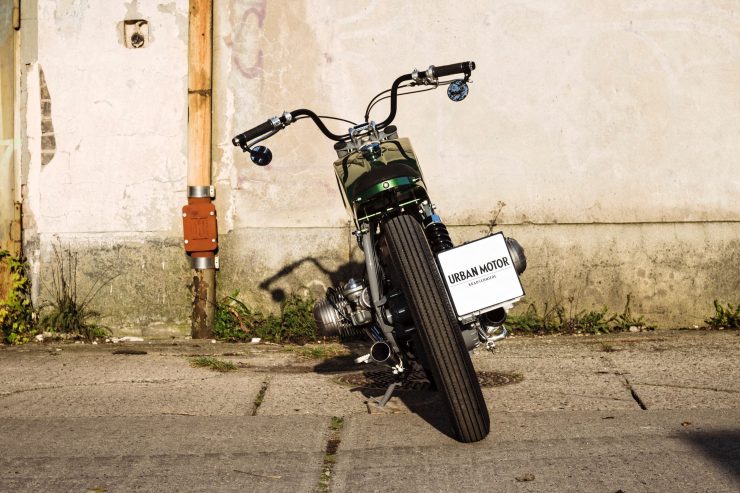 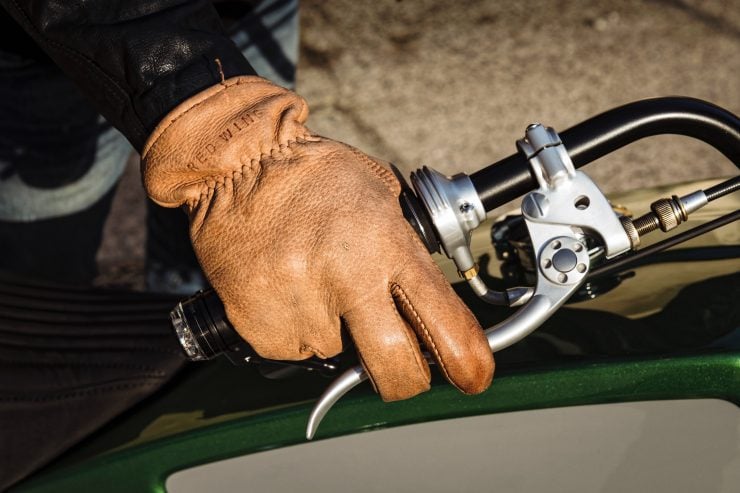