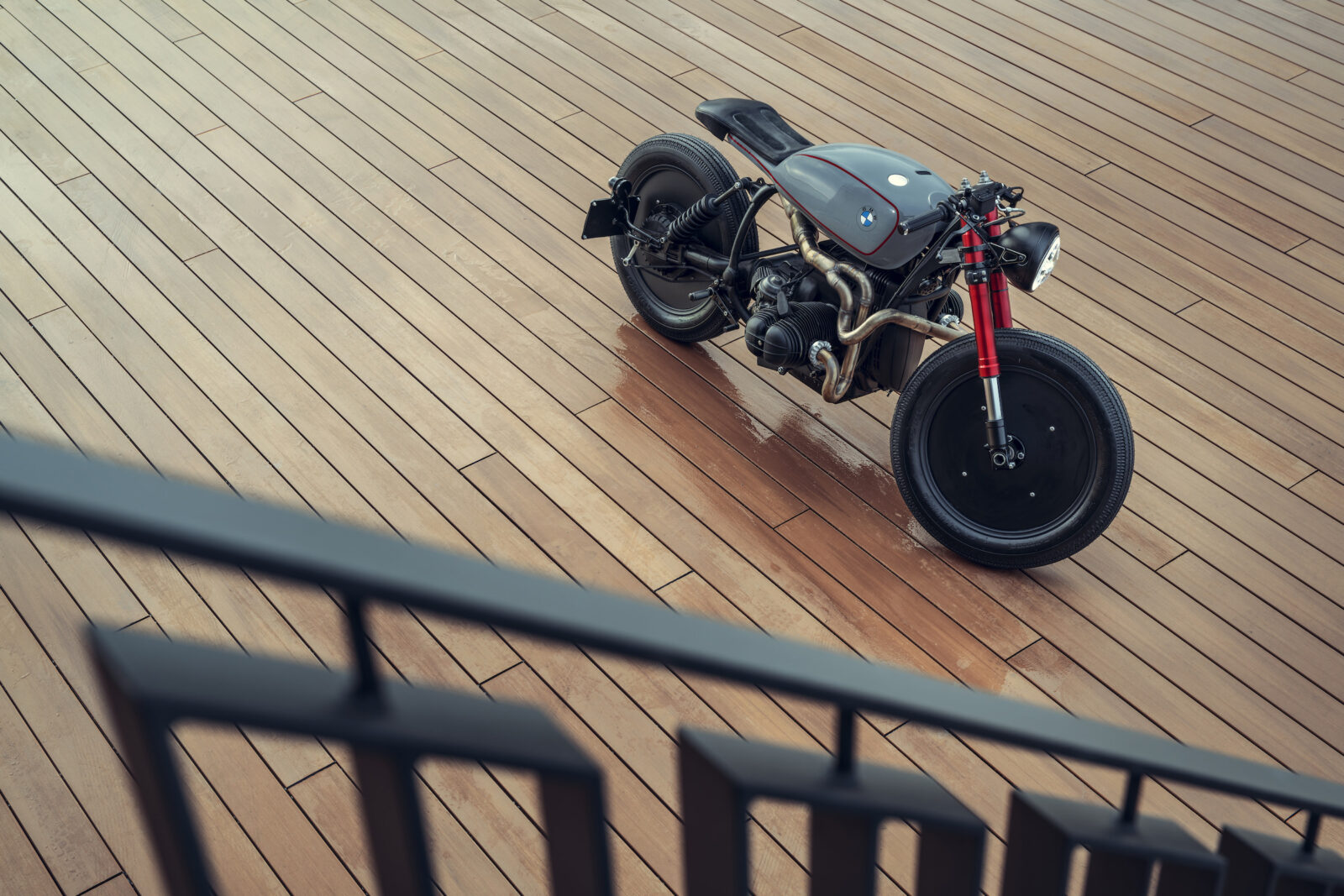 The modern concept of the cafe racer has evolved significantly since the genre was first created by the Brits in 1950s London.

The first cafe racers were simply stripped-down production motorcycles with hopped up engines. They were typically fitted with clip-on handlebars, a single seat, knee-indents in the fuel tank, and no superfluous parts – resulting in the deletion of things like fenders, chain guards, side covers, and sometimes even headlights.

Modern cafe racers have become an art form often far removed from their humble origins outside the Ace Cafe or at Father William Shergold’s 59 Club. That said the spirit of the original design lives on, and modern cafe racers would be immediately recognized by the men in the 1960s standing outside London’s famous cafe in Northwest London on the North Circular Road. 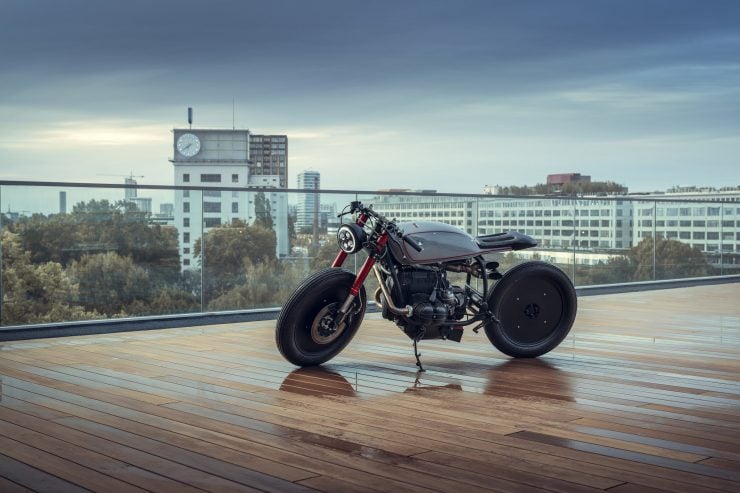 If you had told the original designers of the BMW R80 RT in the 1980s that their new motorcycle would one day be converted into a lightweight sports bike they likely wouldn’t have believed you. After all, the “T” in R80 RT stands for “Touring”, and the original bike featured a large fairing, a high windshield, a comfortable two-seater saddle, and a sensibly tuned engine.

Despite its origins as a tourer the R80 RT has proven popular with custom motorcycle builders, and we’ve previously featured both cafe racer and scrambler versions of the model. Two of the reasons for the popularity of the 750cc BMW tourer with modern custom builders is that the frame was built extra-strong to accommodate the full fairing, and the horizontally opposed twin cylinder engine is as reliable as death and taxes.

Moto Adonis is a proudly-Dutch custom motorcycle garage with a strong focus on engineering and design. The team were approached by Alex Hupkes of the Kragt Group, a building restoration and customization firm.

Alex needed a new motorcycle and he wanted something that would complement his architectural work, having seen the work of Moto Adonis previously he felt he could trust them – and after passing them some images of his favorite customs he gave them a free-hand to do what they wished. 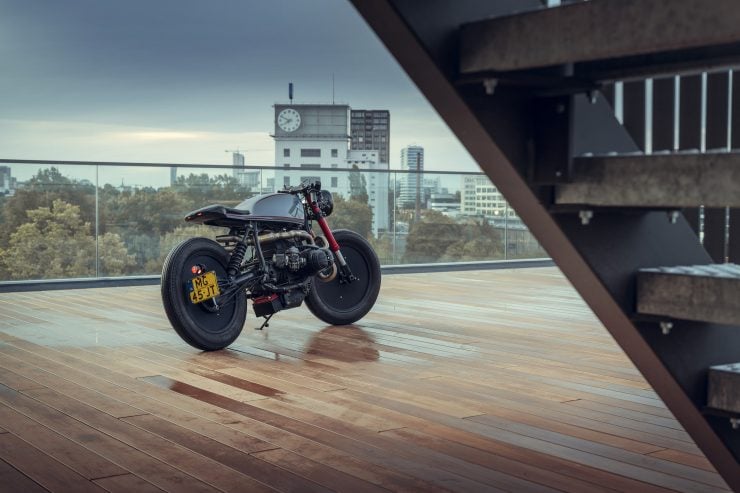 The build began with a full teardown – the seat, fairings, fuel tank, side covers, headlight, gauge cluster, fenders, and many others parts were removed. Once the bike was stripped back to its bare frame and engine the work began.

It was decided to swap out the original tank for a tank from a CB500, and extend the lower line of the tank to circle around the newly fabricated subframe – giving the bike a clean profile without a gap. A new low-profile seat was upholstered in leather and Alcantara, and a slim LED indicator strip was fitted to the rear of the subframe.

One of the most immediately noticable elements to the build is the red anodized inverted forks, they were sourced from a Suzuki GSXR SRAD and paired with the original brake rotor and a Tokico caliper. Both the front and rear wheels were fitted with matte black aluminum discs and Shinko tires, and the license plate and brake light were moved to the righthand side of the rear wheel.

A set of clip-ons with new Motogadget grips and Motone switch gear were fitted in place of the original handlebars, along with a new headlight, Motogadget bar-end blinkers, and the team created a new 2-into-1 exhaust with an integrated muffler under the seat. Rather cleverly the CB500 fuel tank now has a pop-up fuel filler cap fitted, along with a Motogadget M-Unit Blue speedometer that’s been inset and mounted flush with the surface.

The completed bike has both a retro and a futuristic feel to it, a look that’s not at all easy to achieve. If you’d like to see more from Moto Adonis you can click here to visit their website, or you can follow them on social media below. 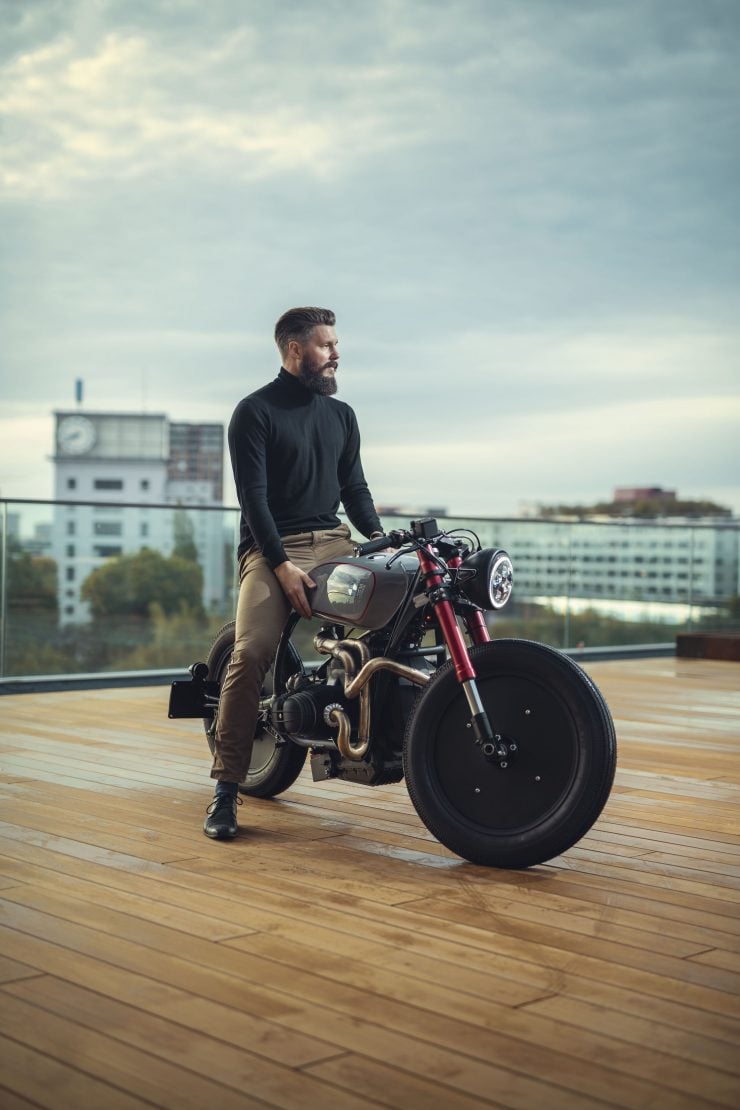 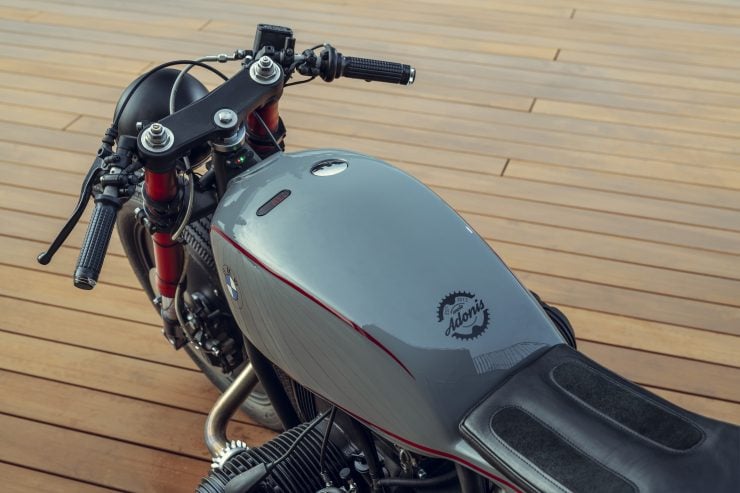 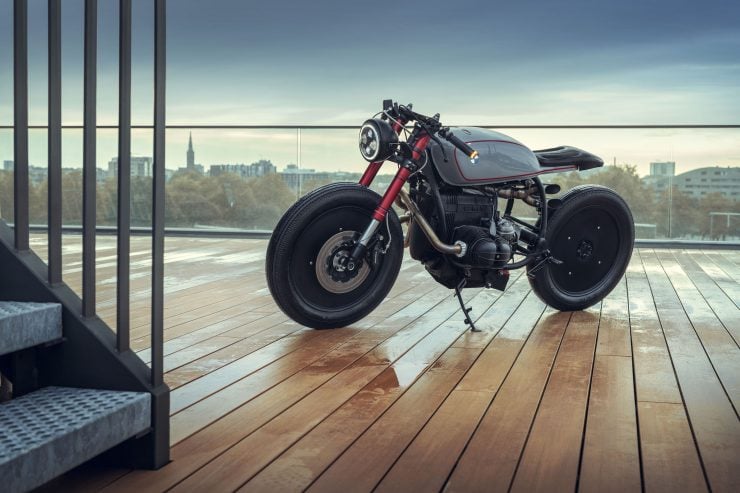 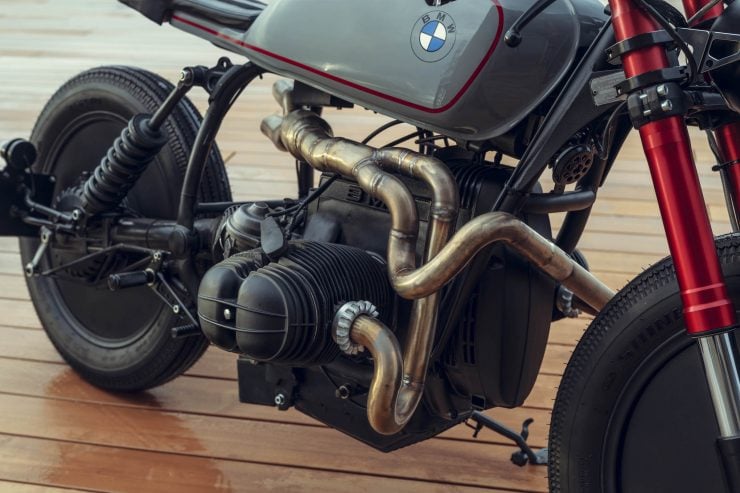 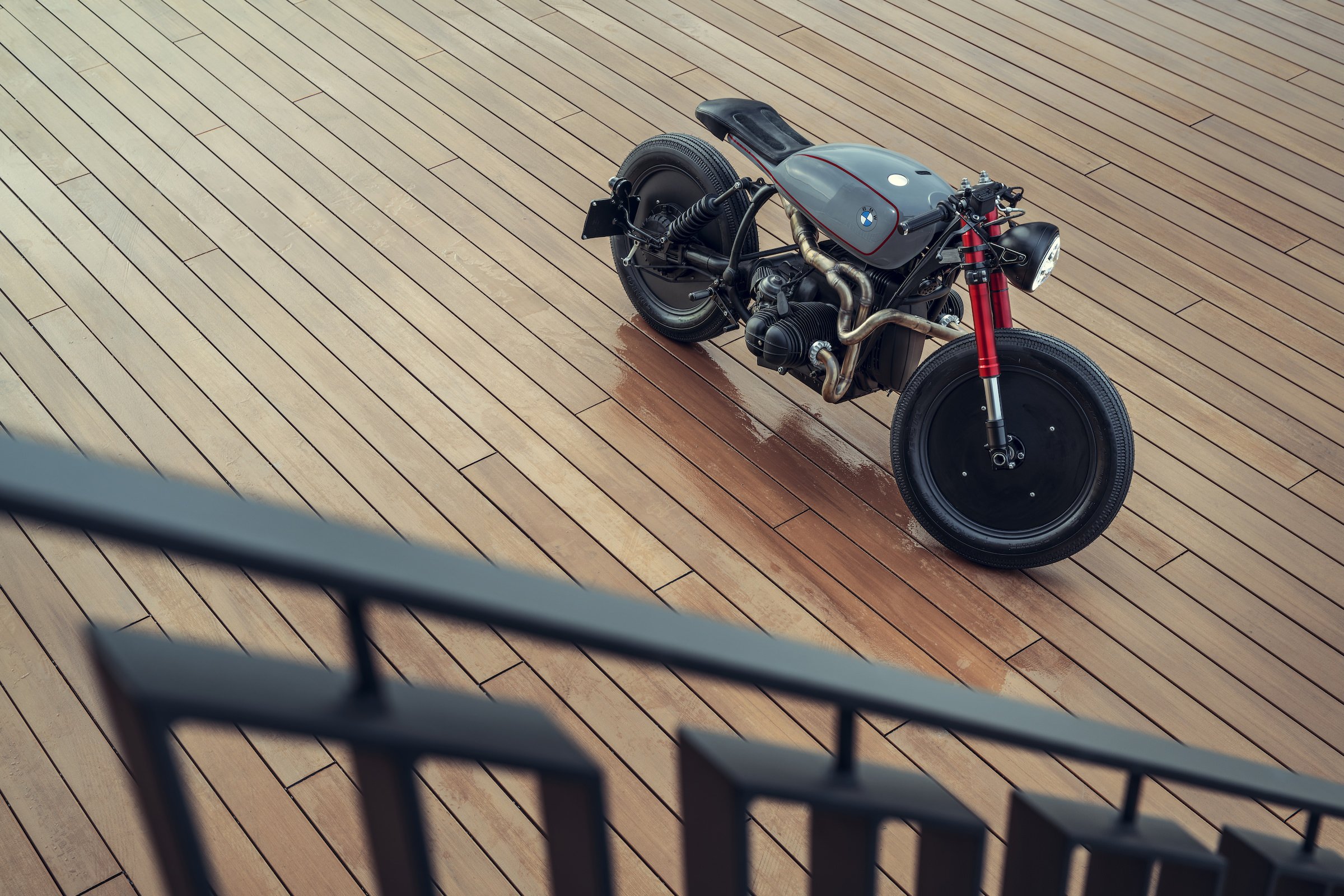