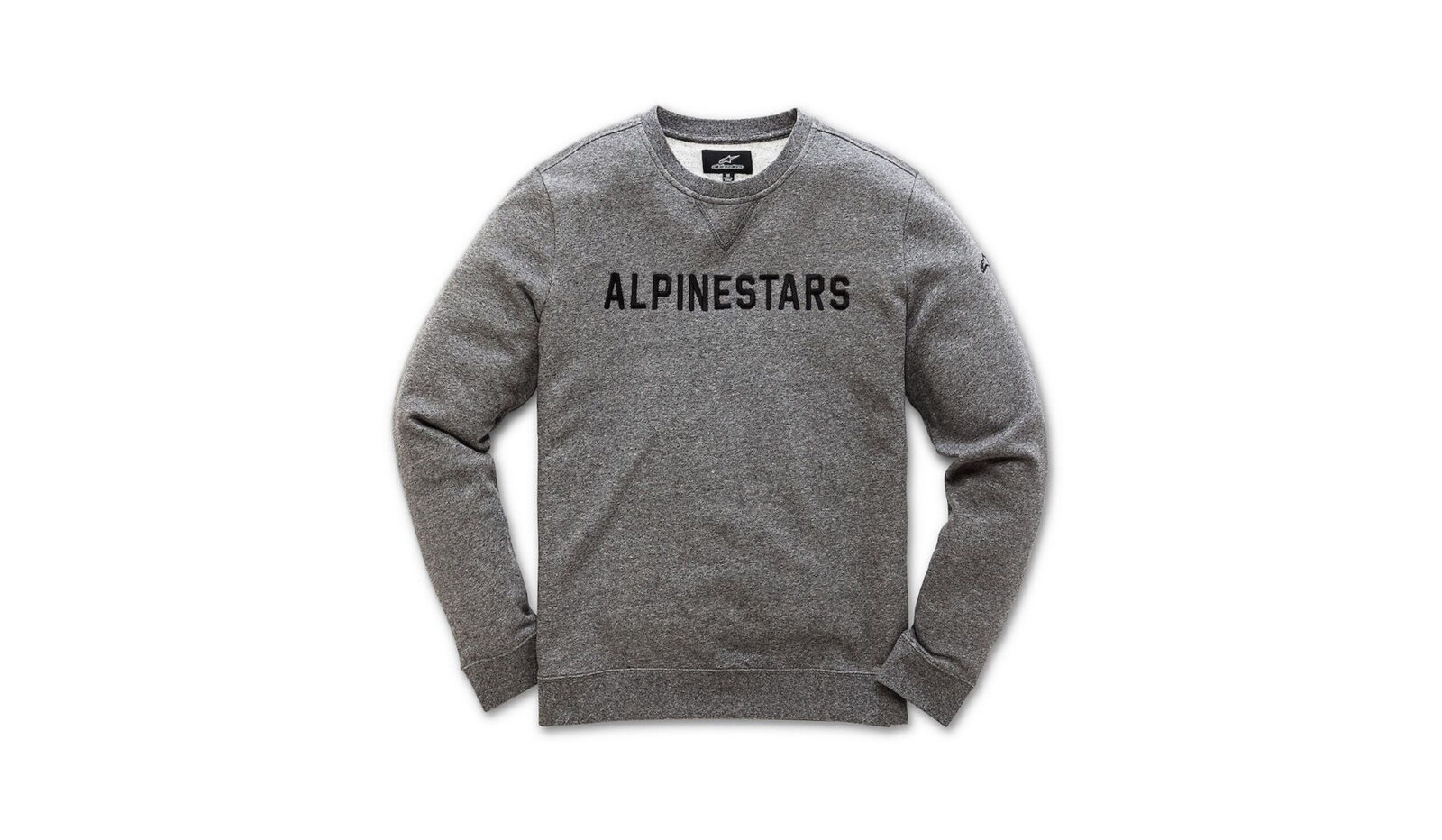 The Alpinestars Distance Fleece is a retro sweater from the Italian motorcycle gear manufacturer designed to reference the styling of the ’60s and ’70s – the era when the company was first established and making a name for itself.

Alpinestars was founded by Sante Mazzarolo in the early 1960s in the Northern Italian town of Asolo. The company name is a reference to both the Alps and the famous Alpine star flower, this is why the company logo includes both an “A” and a star.

The Distance Fleece is made from 280 GSM 80% cotton with 20% polyester, it has a solid fleece body and sleeves with pre-curved arms with a neck gusset, a rib along the cuffs and waist, and a minimalism Alpinestars logo across the chest.

The sweater is offered in both charcoal (shown above) and black (shown below), with sizing ranging from S through to XXL. The pr-curved sleeves form fit are designed to make the Distance Fleece ideal as a layer under your motorcycle jacket but above your base layer, and there’s a handy sizing chart on the website. 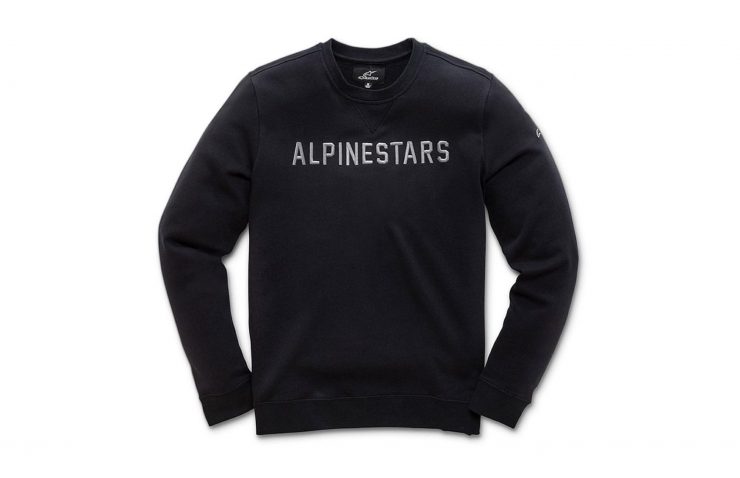 The Flint and Tinder Sherpa-Lined Waxed Ridge Parka was developed to be your primary winter coat. It has a main chassis of high quality British Millerain waxed canvas, the gold standard for waxed canvas, which…