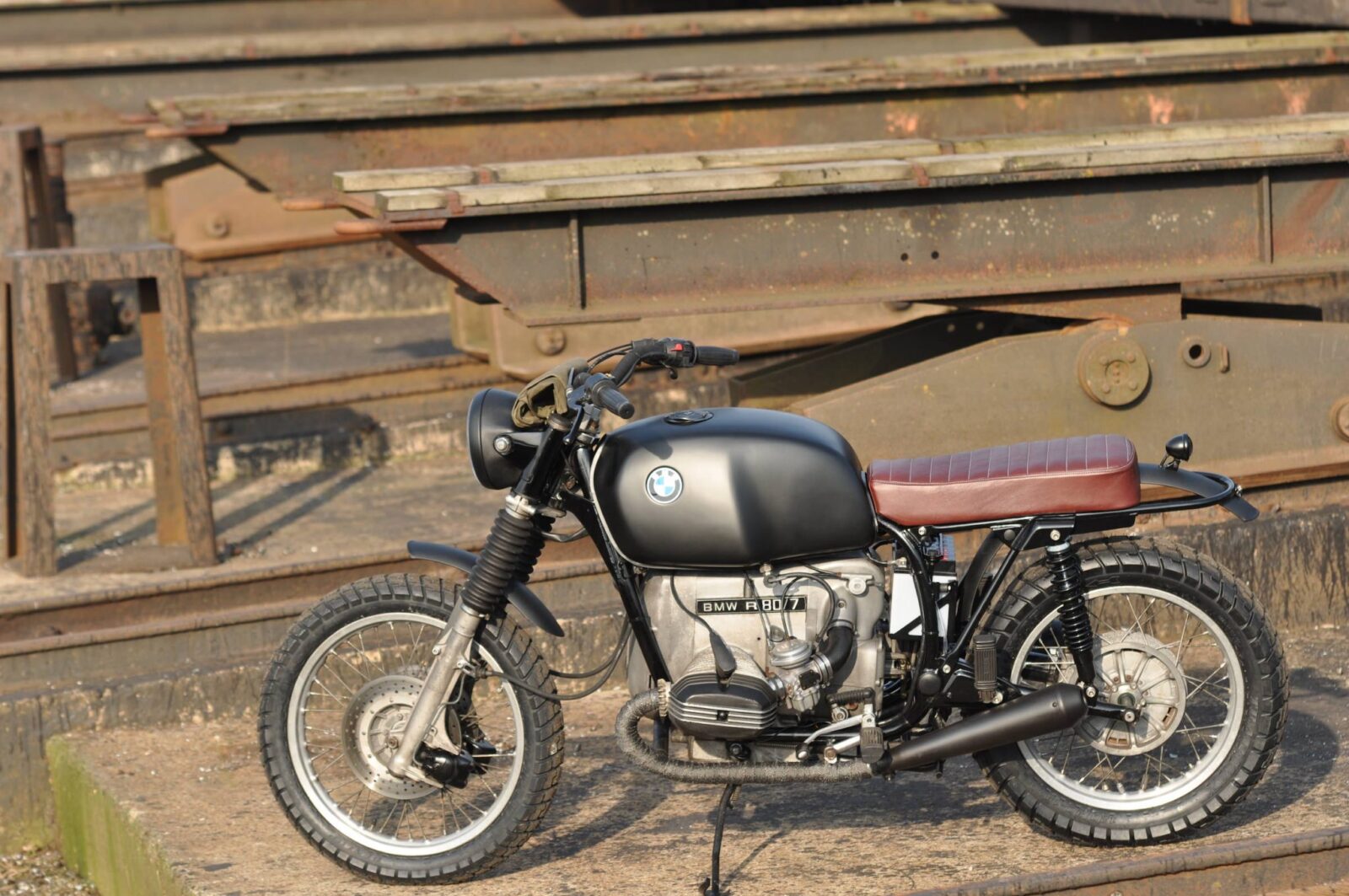 The BMW R80/7 was produced between 1977 and 1984 in reasonably significant numbers, the boxer twin is widely considered to be one of the most bullet-proof motorcycle engines ever made and as a result many of them still roadworthy over 30 years later. This has led to the model being a popular target for custom motorcycle builders, we’ve seen a number of cafe racer conversions and a couple of excellent scramblers – the airhead twin is an instantly recognisable engine and it tends to suit simpler, more minimalist builds like the one you see here.

This particular BMW R80/7 started life as a stock ’78 model that managed to survive in remarkably good condition thanks to careful ownership, it was bought by Richard and Lex at Left Hand Cycles and work began on the scrambler project – a special order by Frank, a new client and friend of the garage. He gave the duo carte blanche on the design and so work began in the early part of 2014, due to the engine being in excellent shape they found that a clutch replacement was all that was needed to get the mechanicals in good order.

Like almost all BMWs of the era, the R80/7 has a 5 speed transmission that feeds power to the rear wheel via a shaft drive – an excellent final drive solution for any motorcycle that’s likely to end up tank-deep in a muddy puddle. The boxer twin is capable of 55hp at 7000rpm and a not unreasonable 47ft lbs of torque, this gives the R80/7 a top speed in the 111mph range and a 0-62 time of 5.4 to 6 seconds, depending on who’s in the saddle. 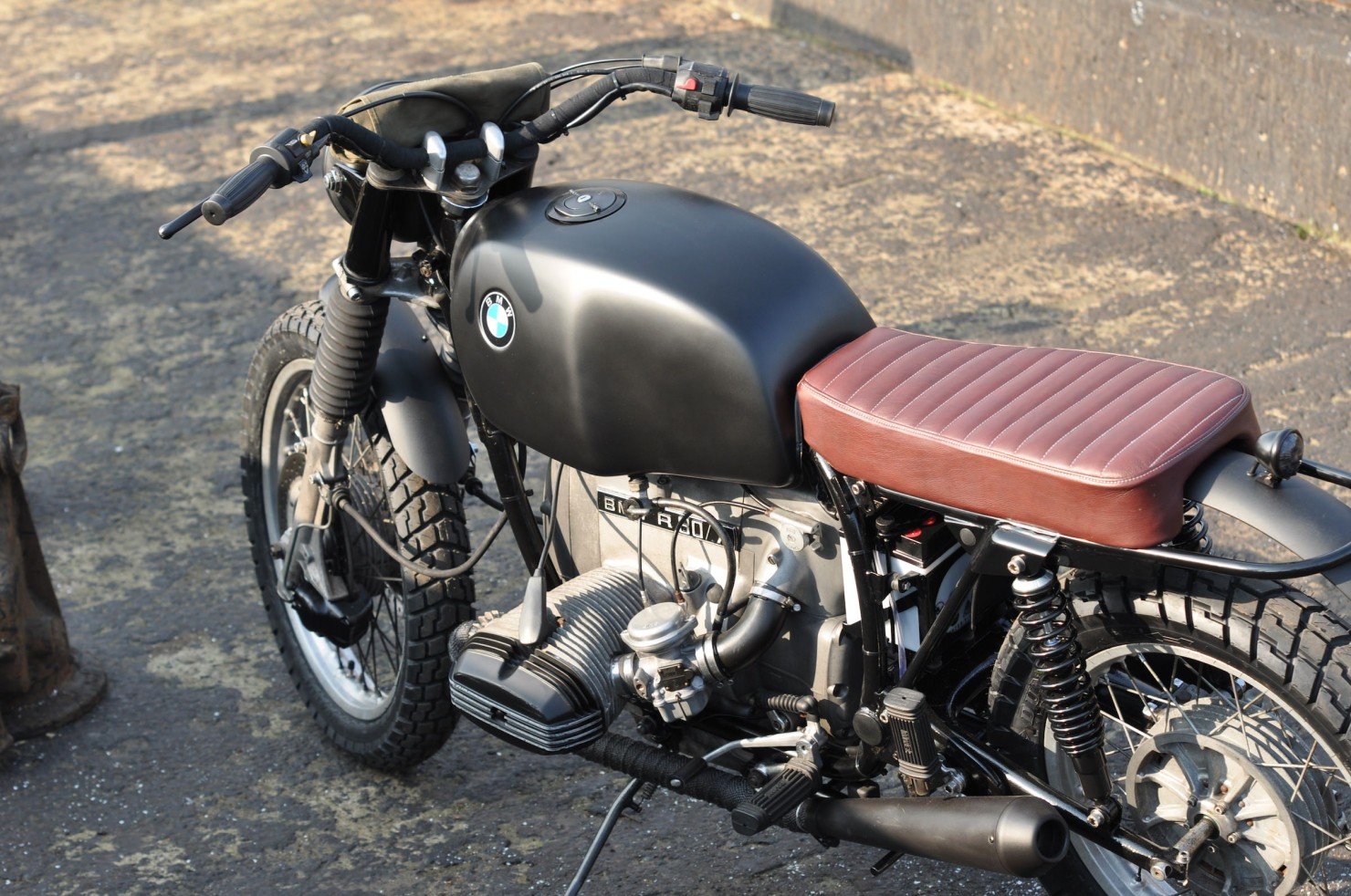 During the build of this particular scrambler it was decided that full frame powder coating would be a better option than a repaint, the electrostatically applied thermoplastic is significantly tougher than regular paint and is far more resistant to scratching. The same powder coating was then applied to the fenders and fuel tank to give the bike a clean, flat black appearance that the new owner will be able to hose down after a day out on the trails.

A new set of Dunlop Trailmax tires were added front and back to give the bike some dual-sport capability and a wide set of vintage BSA handlebars were used to complete the look. It was in the design brief that the completed bike should have seating room for two, so a new leather clad seat was made and the original 2+2 footpeg configuration was kept, along with a rear grab rail to ensure that the new owner doesn’t lose his date.

If you’d like to see more from Left Hand Cycles you can click here to see their other builds, or to order your own. 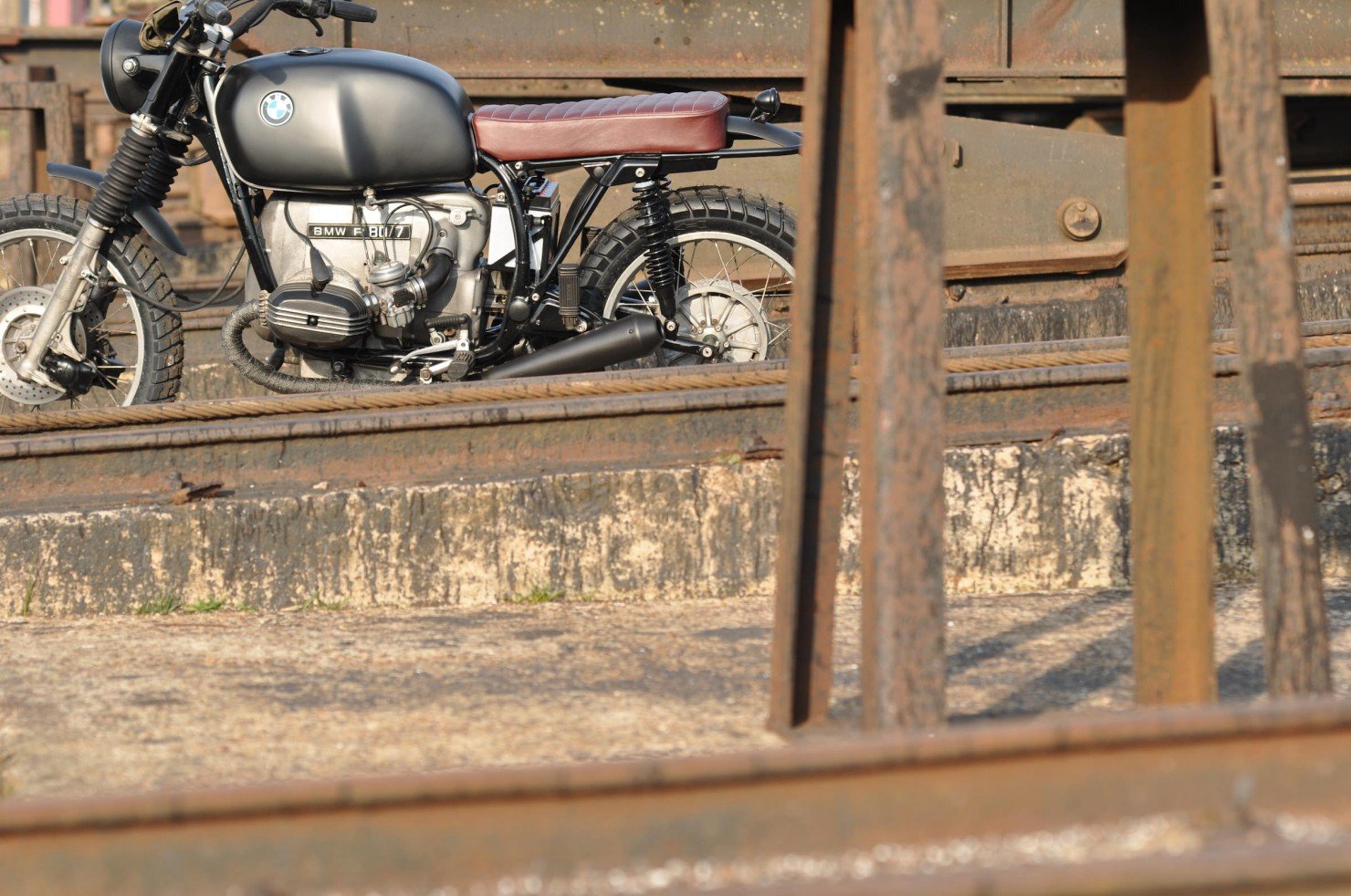 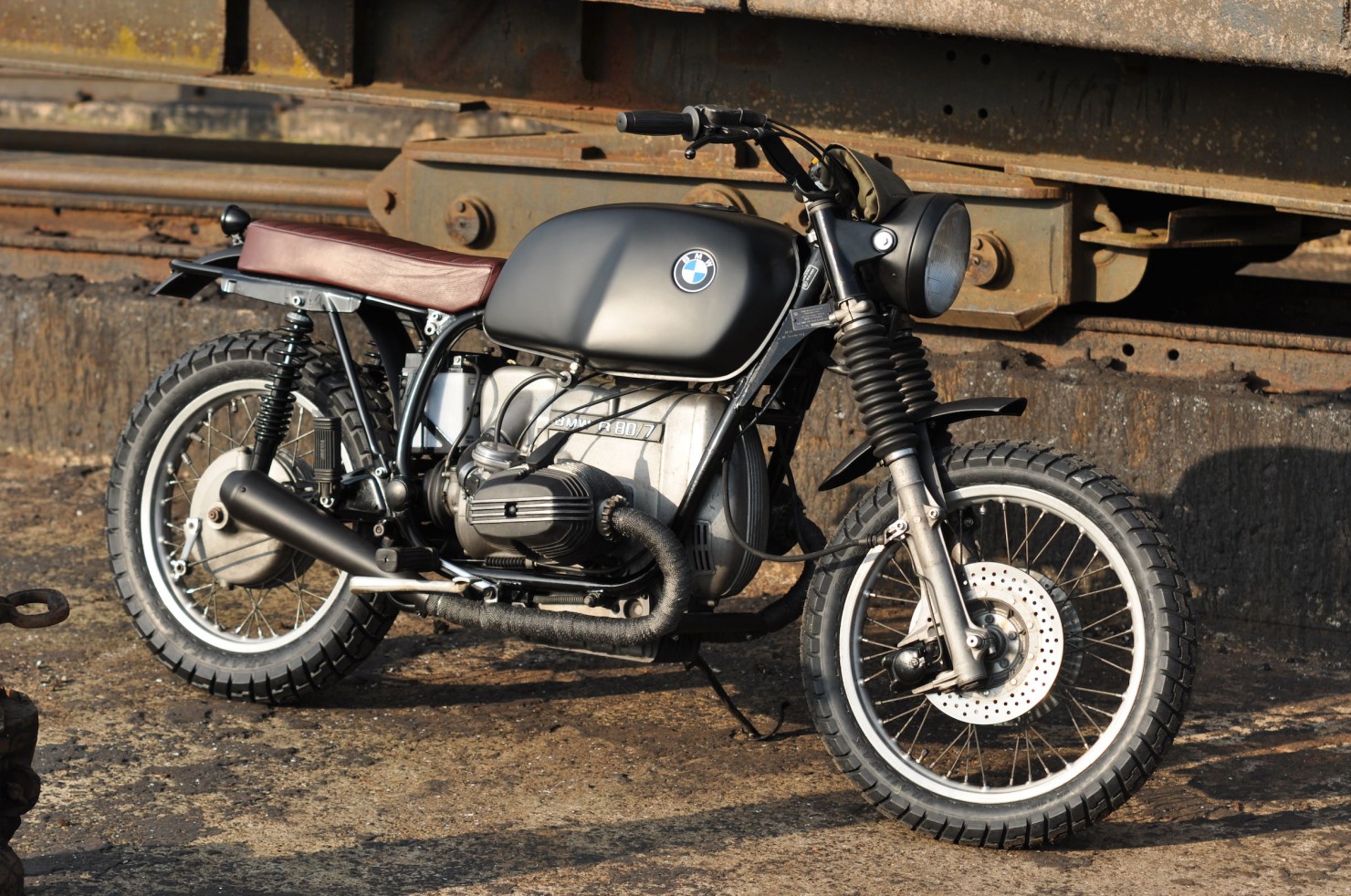 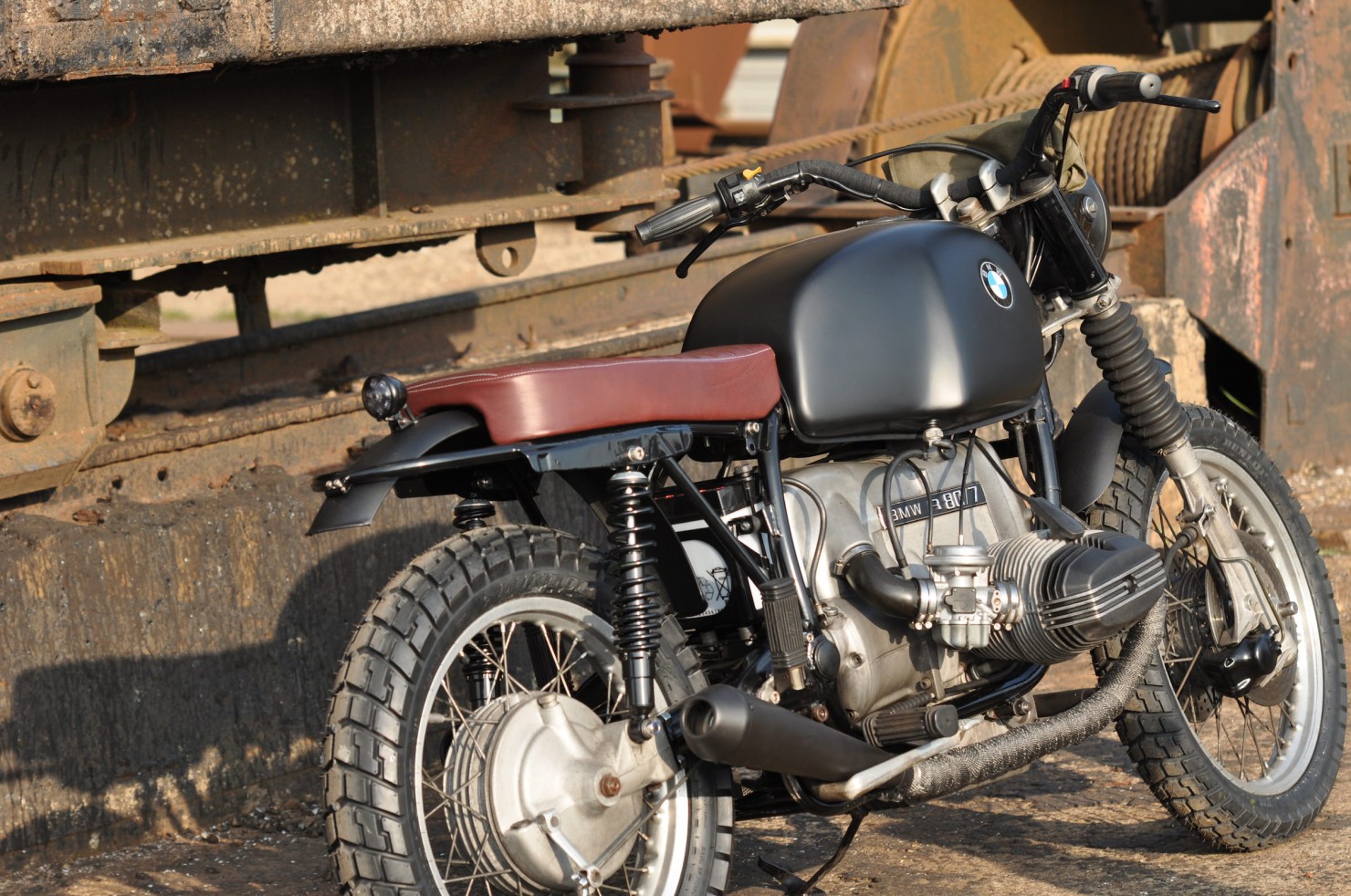 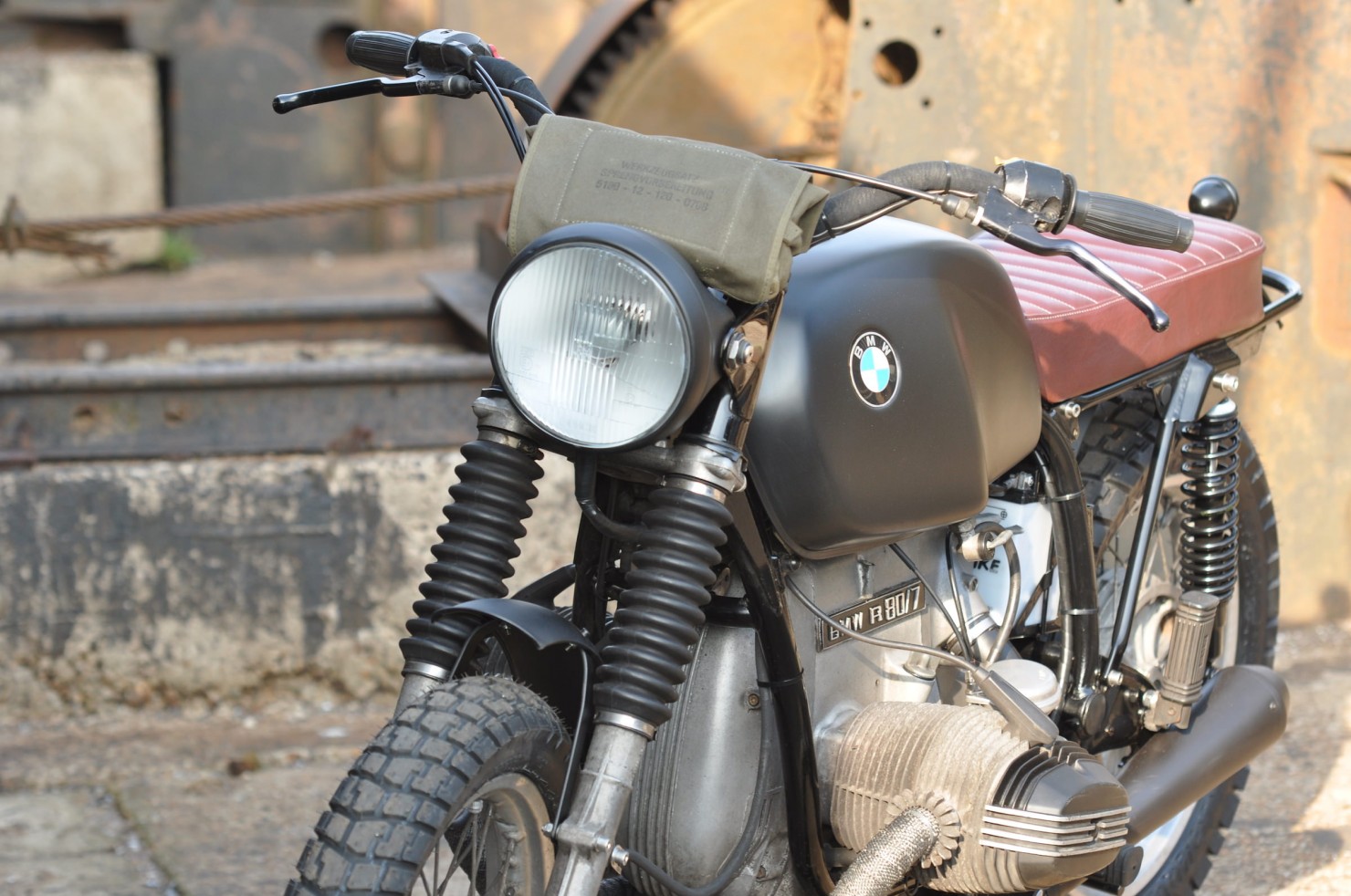 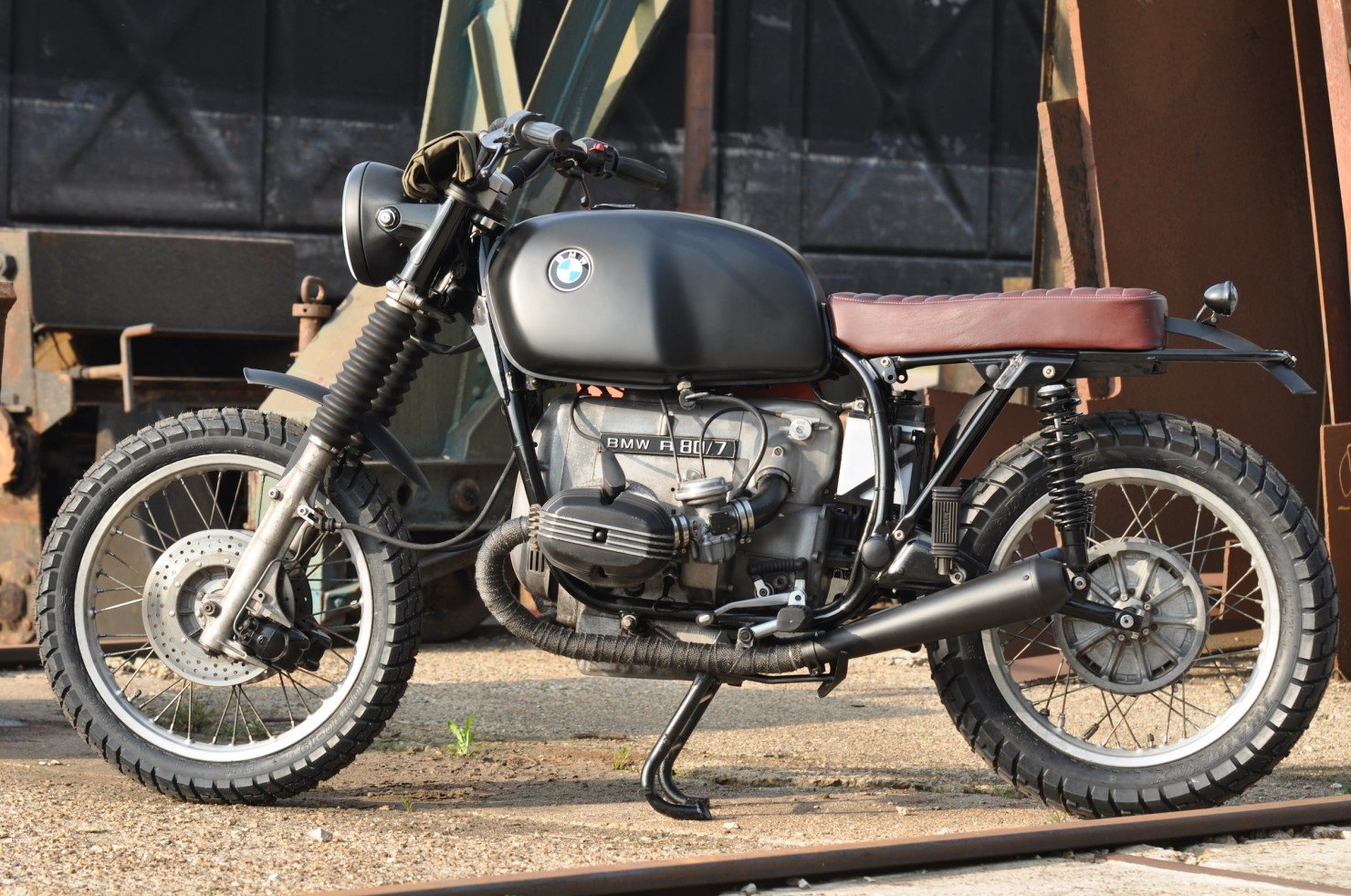 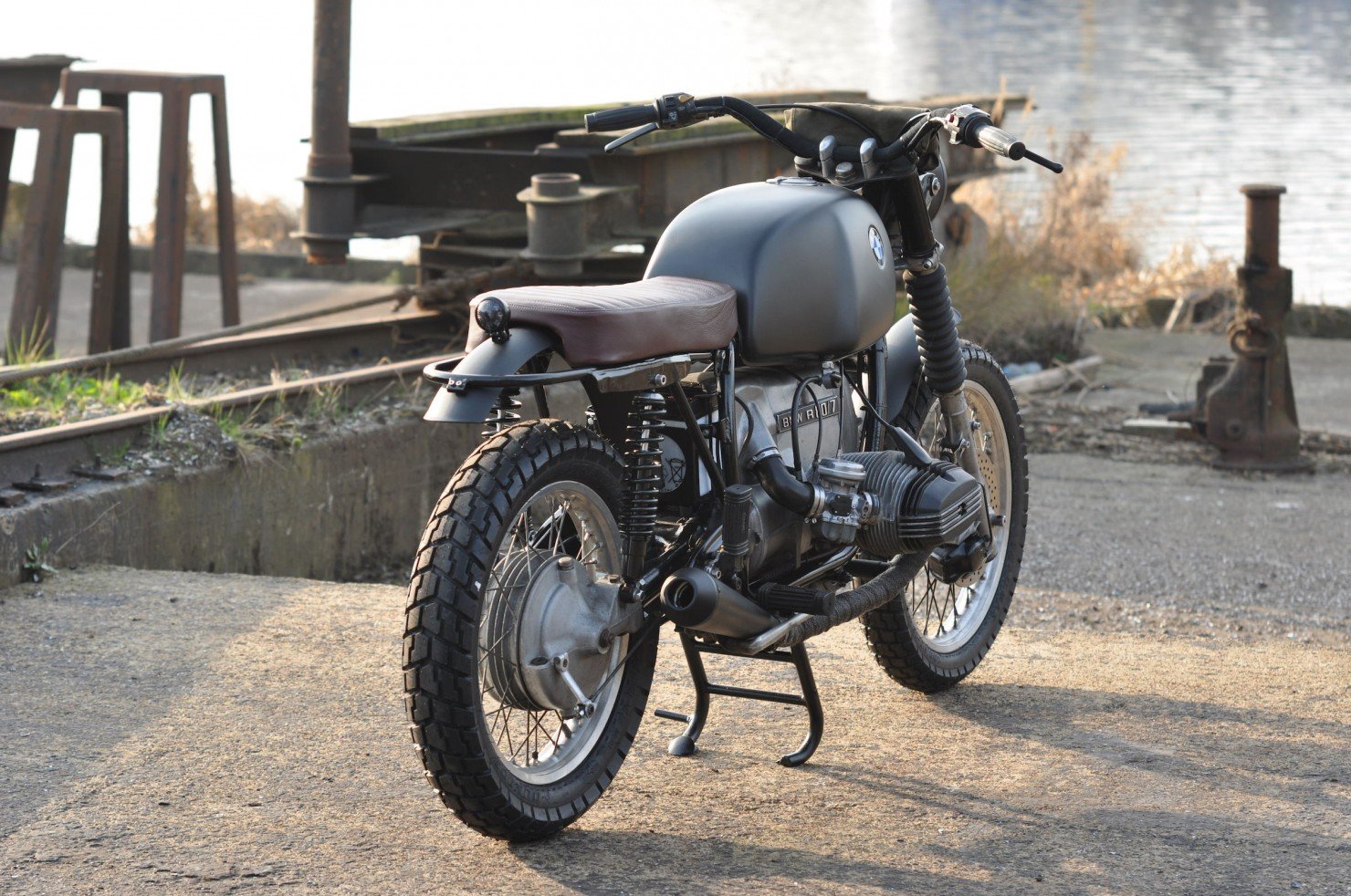 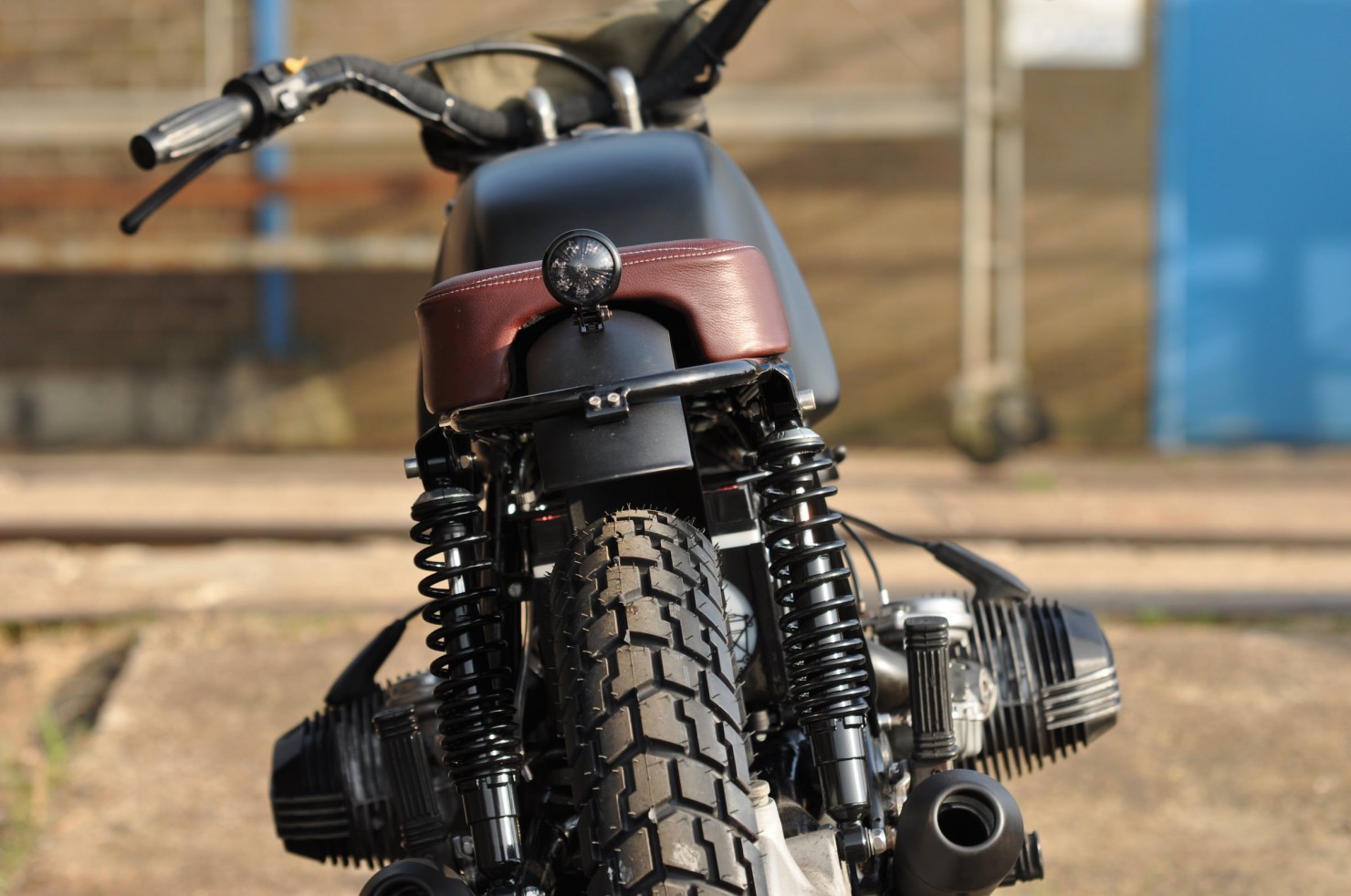 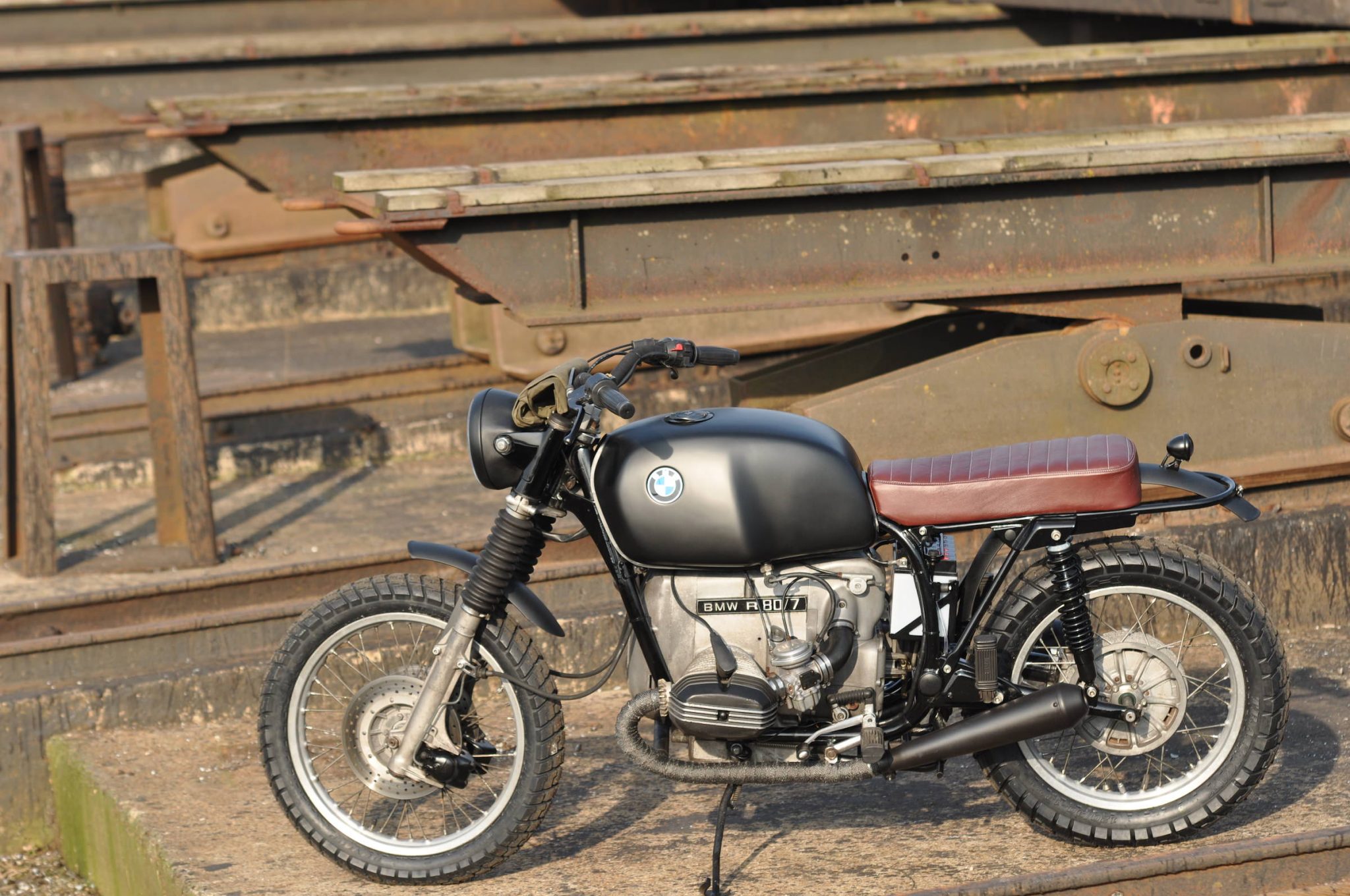 Published by Ben Branch - March 28th 2014
Related Posts
A 1968 Fuji Go-Devil: The Folding Motorcycle That Fits In A Suitcase