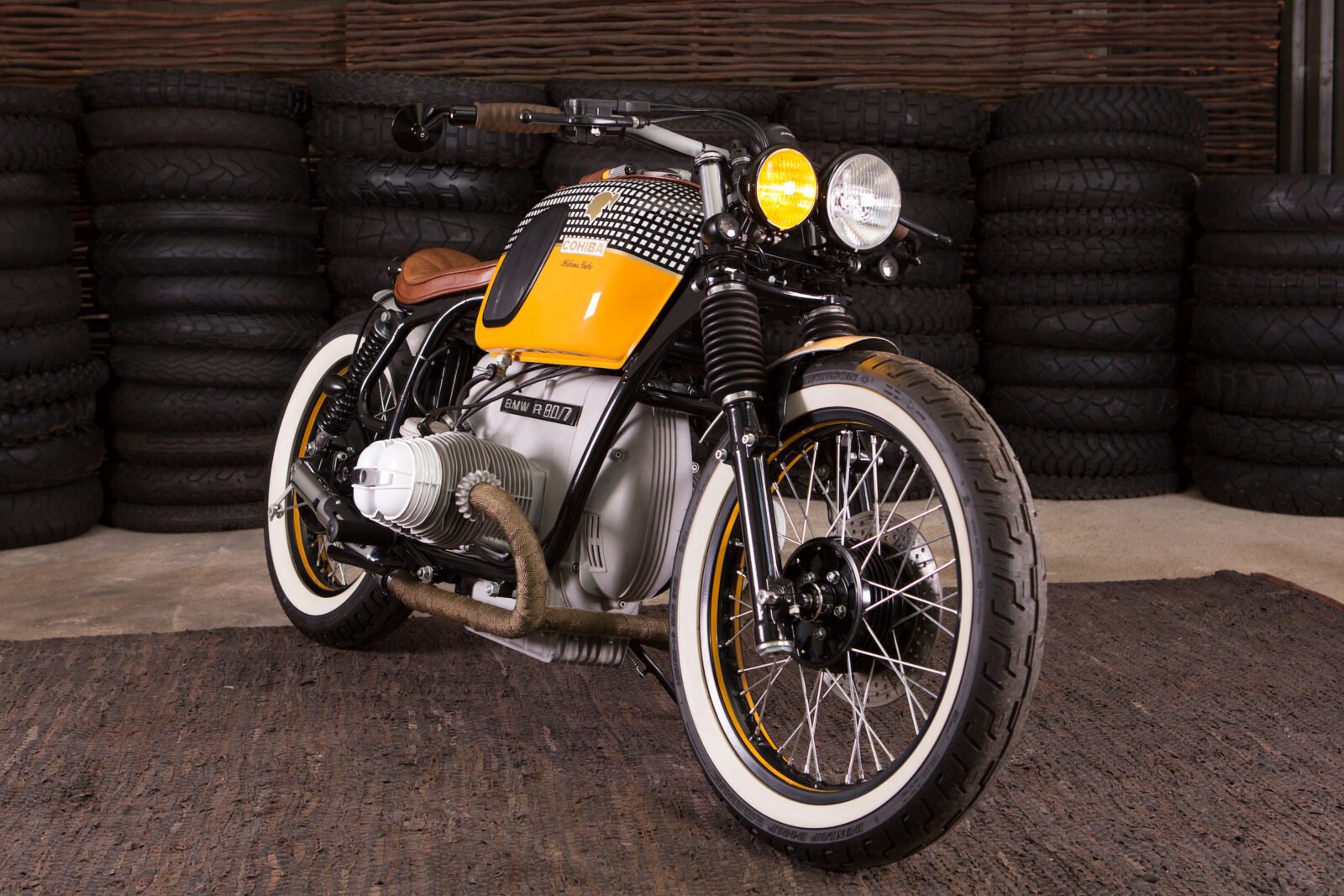 Cytech Motorcycles have been organizing African motorcycle expeditions since the mid-1970s, they’ve only ever used BMWs because of their legendary toughness and reliability, and over the decades they became one of the largest BMW dealerships in Southern Africa.

The company is largely a family affair, Donovan does much of the hands on work with his team – namely Andrew, Johannes, and Samuel. Administration and orders are handled by his sister Kerry, and his mother Gina runs the finance division.

While the company runs its successful tour business, dealership, motorcycle rental service, and parts sales services after hours they have fun by building unusual custom BMW motorcycles for clients around the world, and of course, in their native South Africa.

We’ve previously featured one of their builds here on Silodrome, a beautifully built BMW R45 that they rebuilt to scrambler/adventure specification. 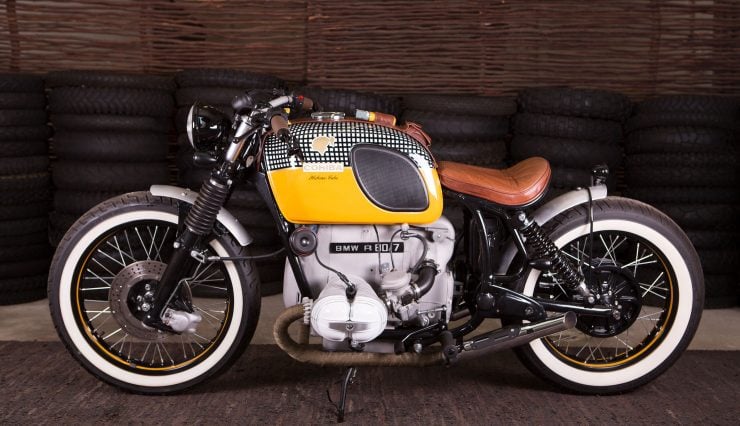 The new BMW R80/7 Cohiba Bobber you see here is an altogether different bike, built for friends Eduan and Henk. The two men had previously ordered the Martini-inspired BMW from Cytech, and while building a holiday resort on an island more recently, they settled on the idea of building a Cohiba-inspired build.

Once Donovan had received the brief from Eduan and Henk he set to work finding a suitable BMW to use as a starting point. He knew that when the motorcycle was completed, it needed to look like it was cruising the streets of Havana with the iconic vintage cars and motorcycles Cuba is famed for.

A BMW R80/7 popped up for sale locally after a few weeks – so Donovan bought it and rolled it into the Cytech headquarters so work could begin. It was clear from the outset that the new bike was going to be a ’50s style bobber – a cafe racer or scrambler wouldn’t really suit the muse. 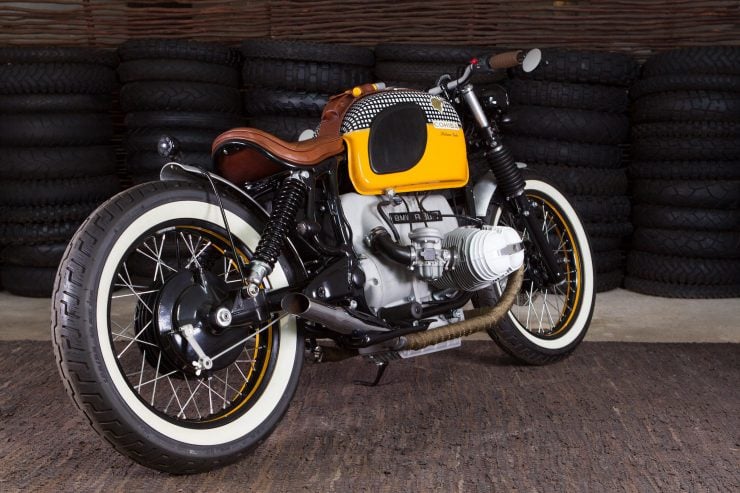 The first order of business was a full teardown, the original 800cc engine was dismantled along with the gearbox, and both were rebuilt after sandblasting. The front forks were lowered by 50mm by machining down the fork stanchions, and the rear shocks were modified with new heavy duty springs and fitted to new upper brackets to lean them forward.

A pair of new bobbed fenders were installed over Dunlop whitewall tires, and a single seat pan was fabricated, then upholstered in tan leather, along with the new leather tank strap designed to hold two Cohibas just above a small pocket that holds a cigar cutter and lighter.

Perhaps the most immediately noticeable part of the build is the Cohiba fuel tank – it was painted by Ryan and his team over at Custom Creations using the iconic pattern and logo from the Cuban company’s cigar bands.

The completed bike is one of the most well-executed BMW bobbers we’ve seen in recent memory, made all the more remarkable by the fact that it comes from Africa – one of the least represented continents in the world of custom motorcycle building. 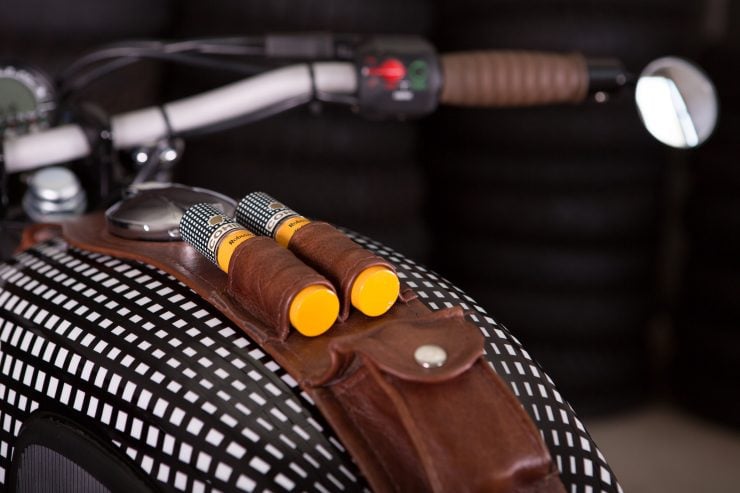 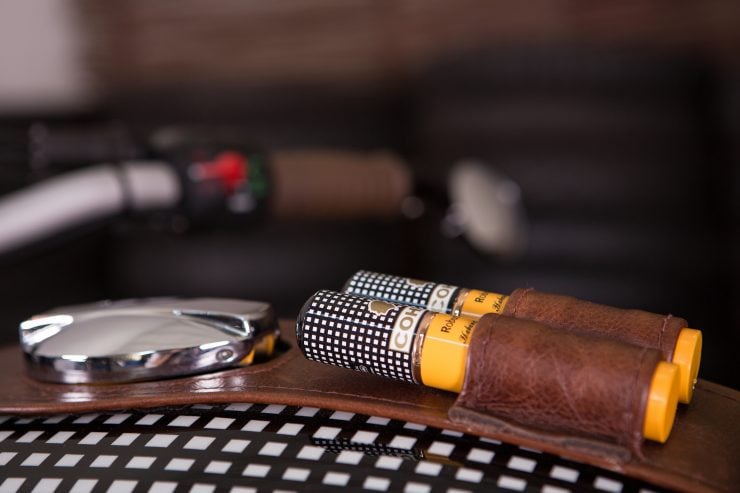 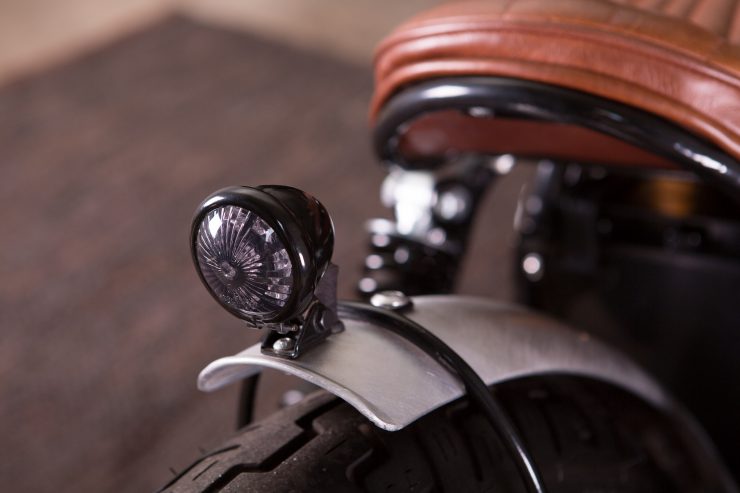 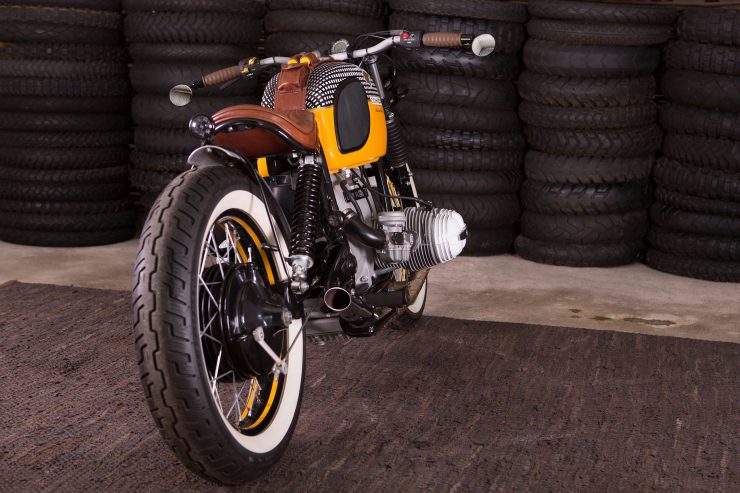 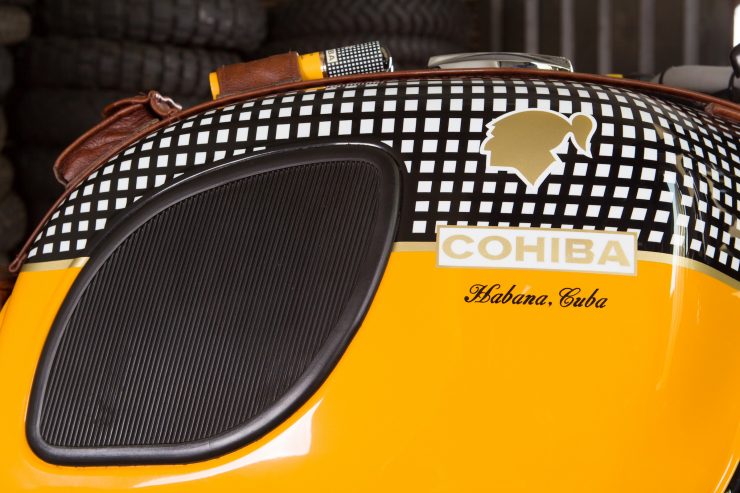 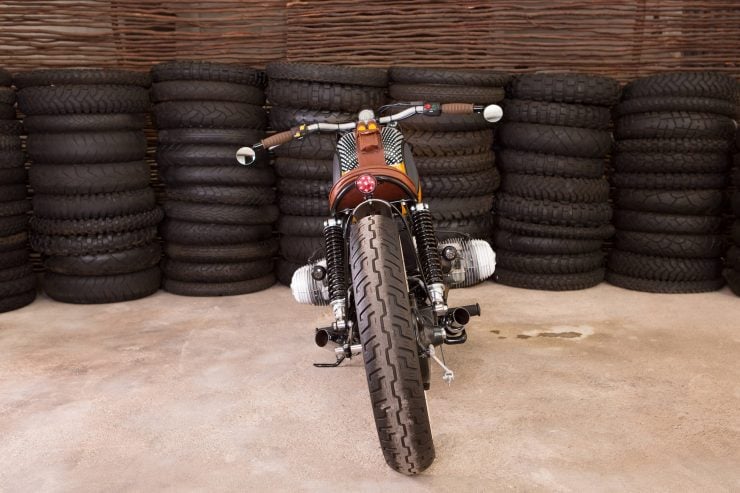 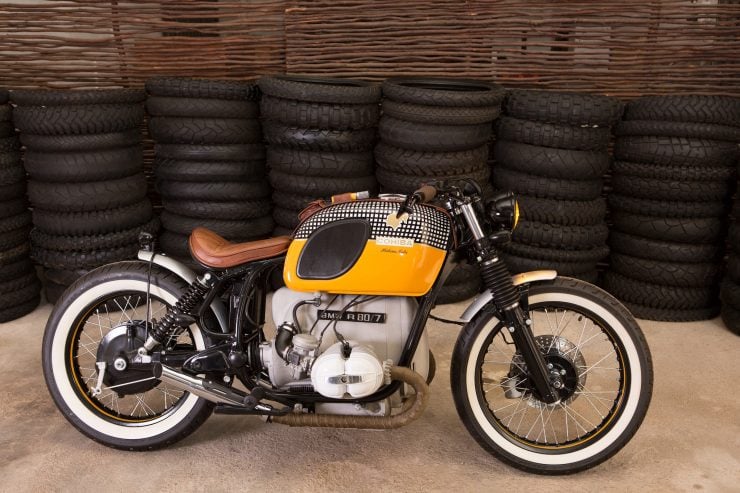 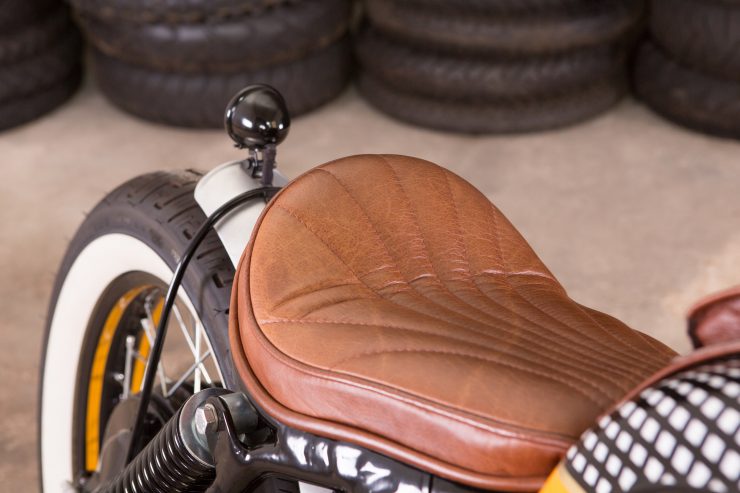 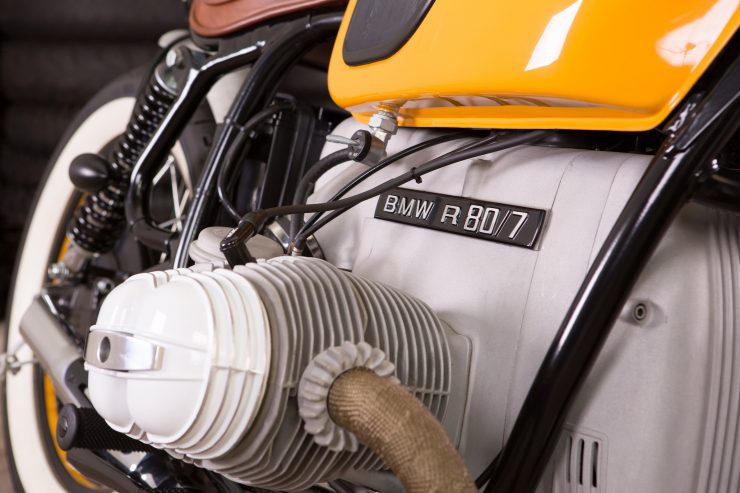 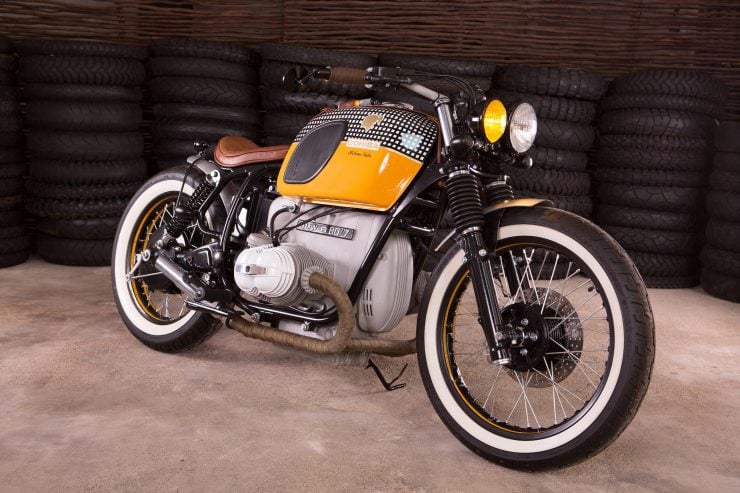 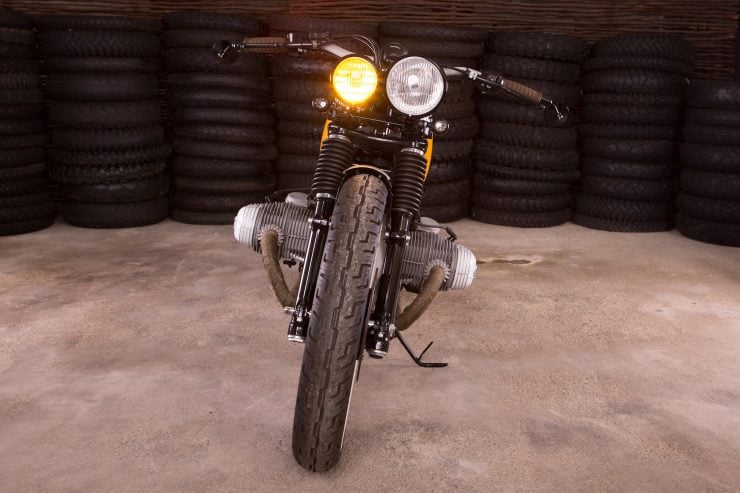 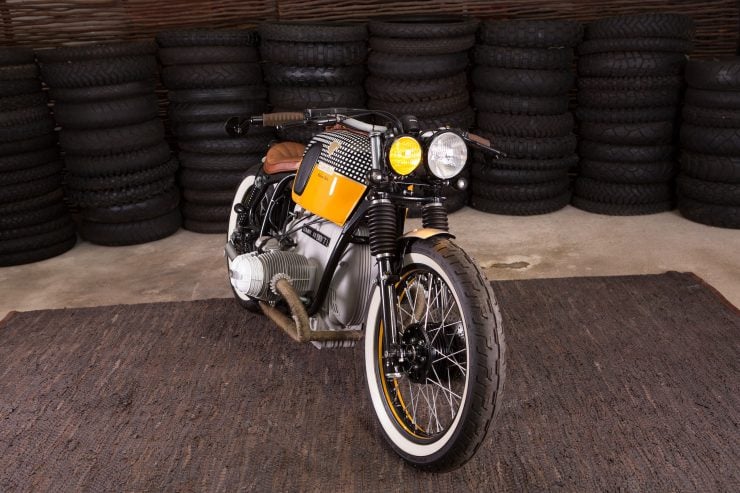 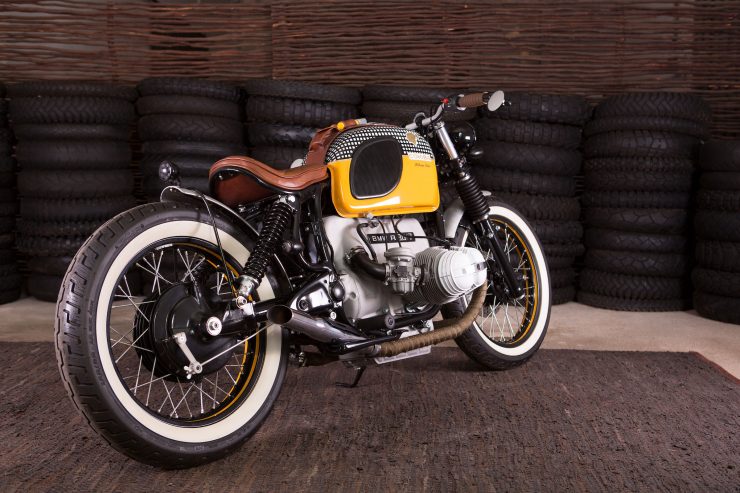 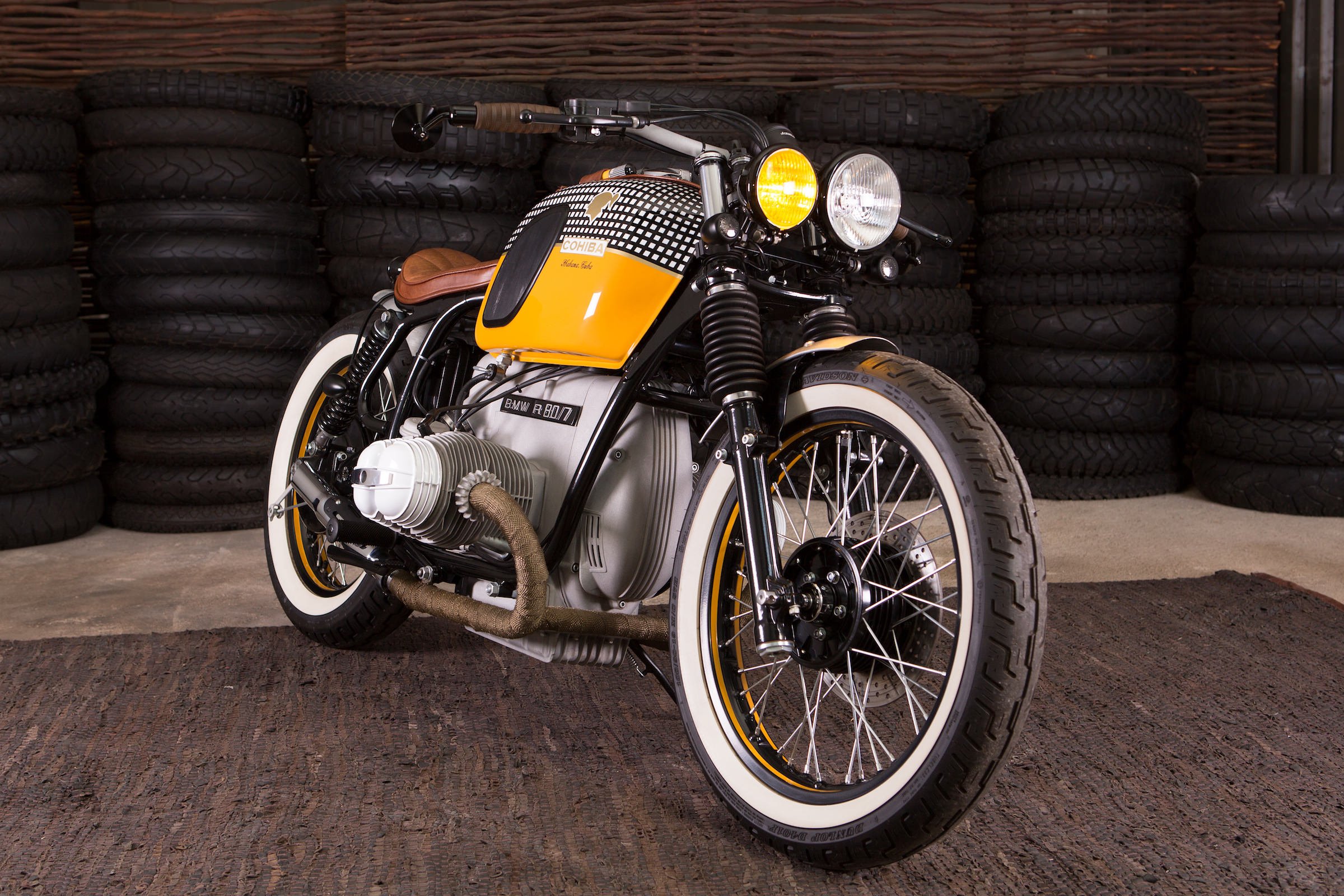 Published by Ben Branch - May 5th 2018
Related Posts
The Brockhouse Corgi: A Folding Motorcycle Based On A Design For WWII Commandos