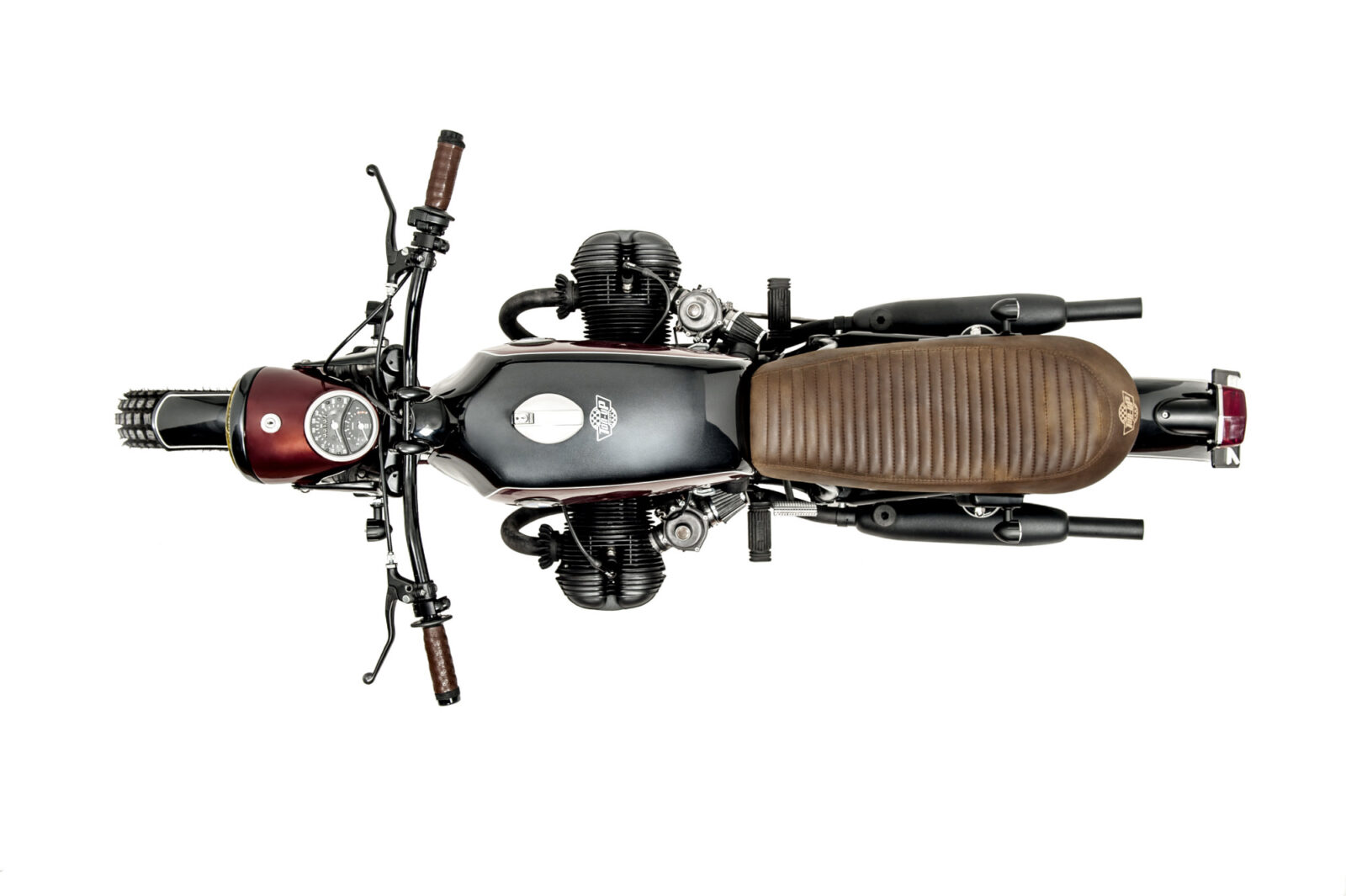 This BMW R75/5 by the team at Ton-Up Garage is a good illustration of the new movement towards restomodding motorcycles without necessarily customising them into cafe racers, scramblers, bobbers, flat trackers or any other sub-genre popular with custom motorcycle builders.

The idea of restomodding cars isn’t a new one, nor is it without its own controversies. Some feel that any automobile restoration should follow as closely as possible with the car’s original factory-fresh condition, others like to reengineer their cars to match a vision for what the automotive engineers of the time might have created if they’d had access to the technologies and engineering we enjoy in the early 21st century. 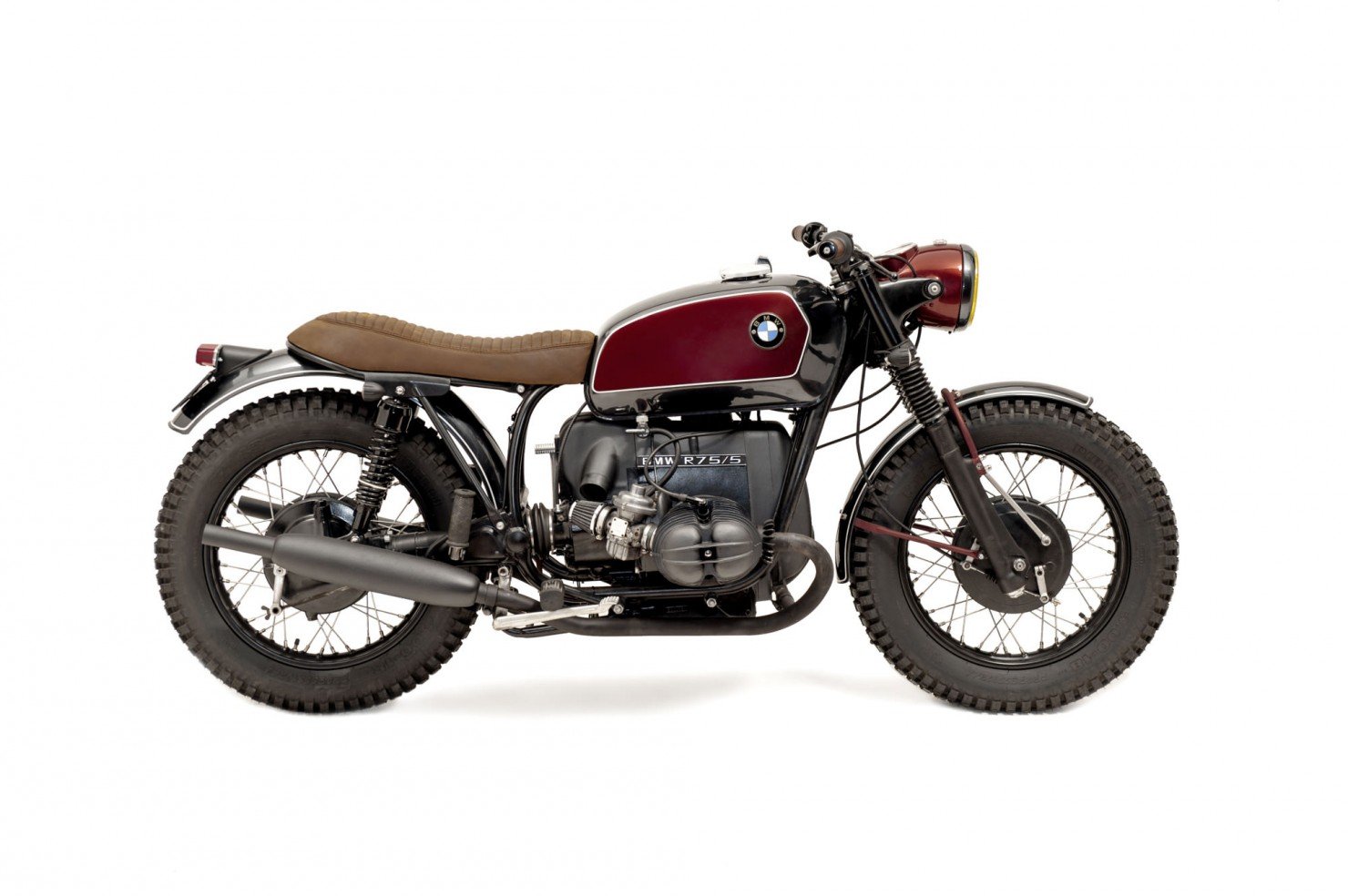 All of the /5 models were popular but the R75/5 was indisputably the most desirable and even now 44 years after it was first released the model is highly sought after and often used for major cross-country rides thanks to its manageable power and reliability.

The bike you see here has just been through a full nut and bolt rebuild including a full engine rebuild – which should see it last at least another 40 years. The build was commissioned by client of Ton-Up Garage who had grown up in love with his step-fathers BMW R75/5, by the time he was an adult that original bike was long gone but his love for it remained, so he briefed Ton-Up on what he wanted and the team set to work.

After the full tear down and rebuild the forks were lowered by 2 inches and a new set of springs were added at the rear to bring the bike down slightly. New fenders were added to both ends and a new seat was made to match the cropped subframe, once this was in place attention turned to the wheels. The bike originally came with a 19” on the front and a 18” on the back, this set up was switched out for two new 18” rims with stainless spokes and matching knobbly tires.

The subtle paint scheme was chosen to match the popular colours of the era and an entirely bespoke 2-into-2 exhaust was fitted after being powdercoated flat black. The finished bike is one of the more understated custom BMWs we’ve seen in recent memory and its proportions are very well balanced thanks to the use of matching rim and tires sizes front and back.

If you’d like to see more from Ton-Up Garage you can see their BMW R45 here, their Triumph Bonneville here and their Kawasaki Zephyr 750 here. 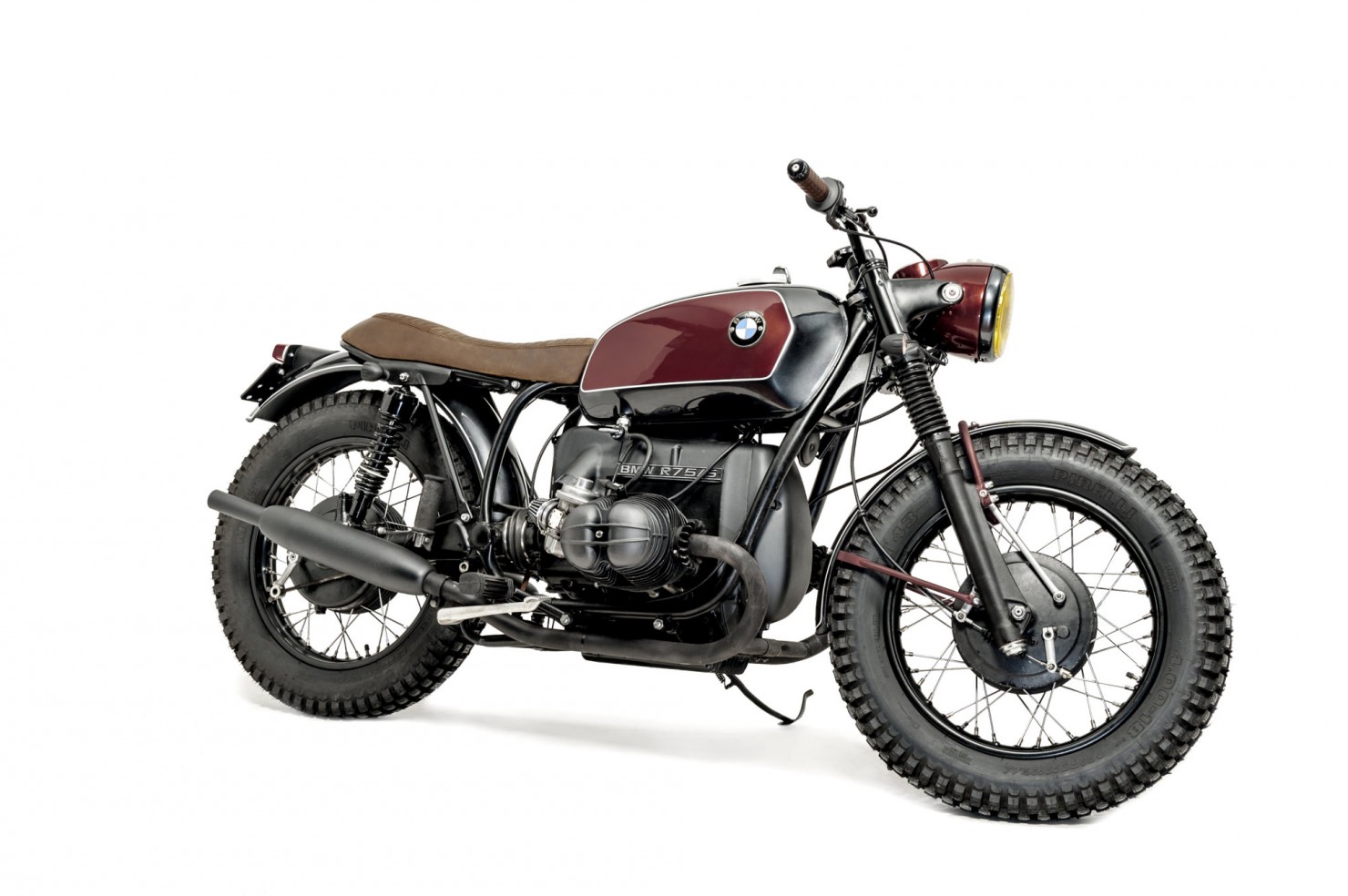 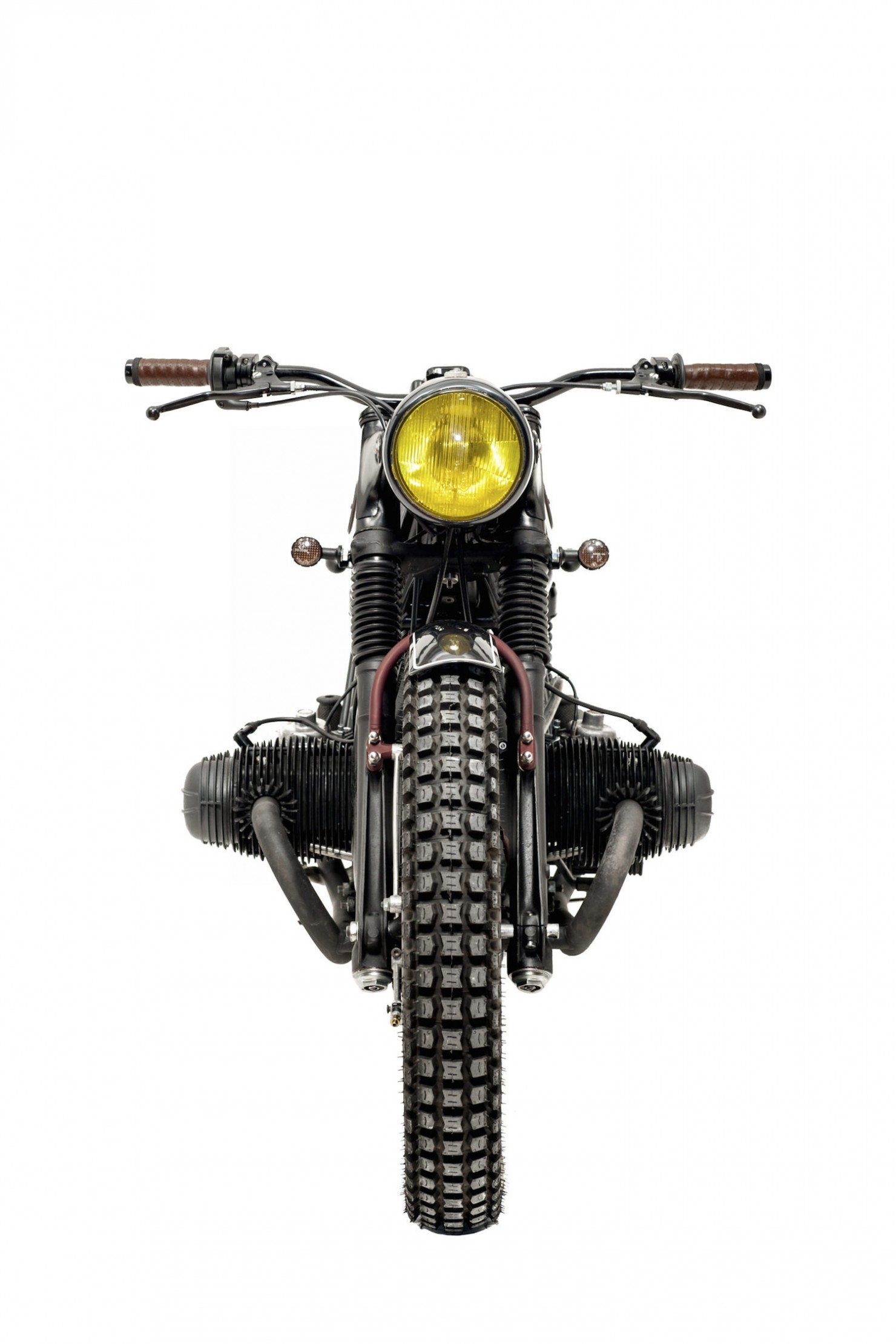 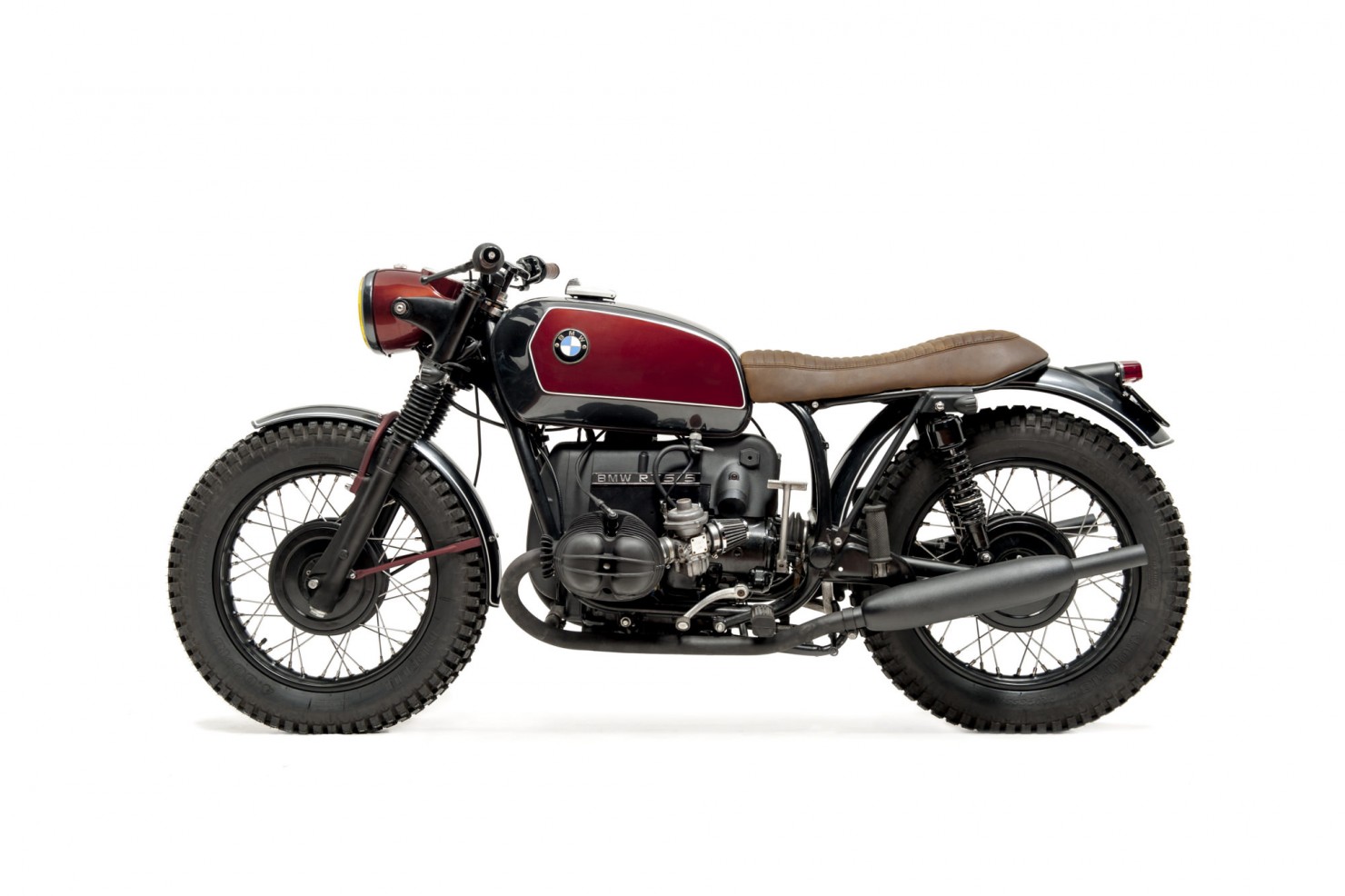 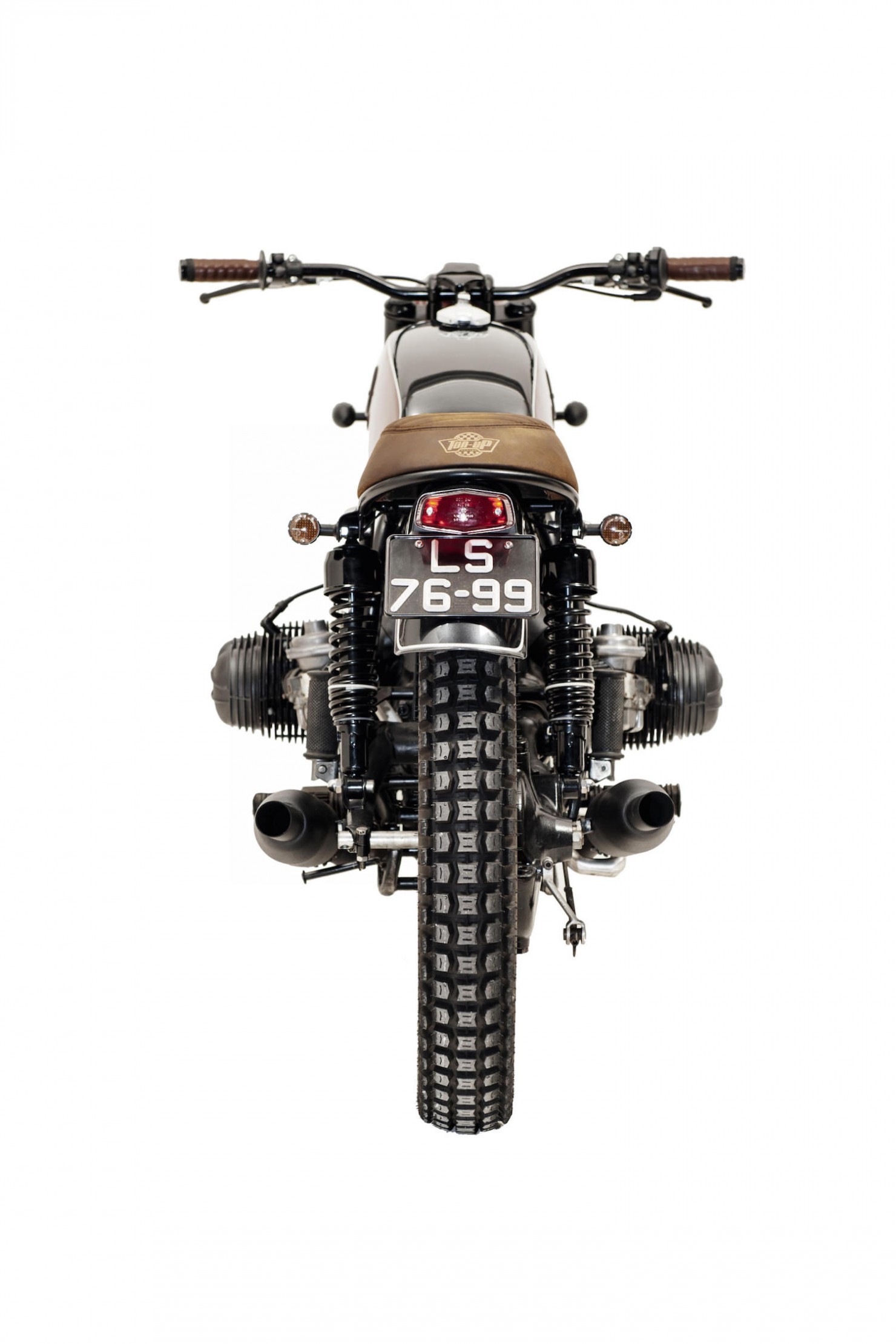 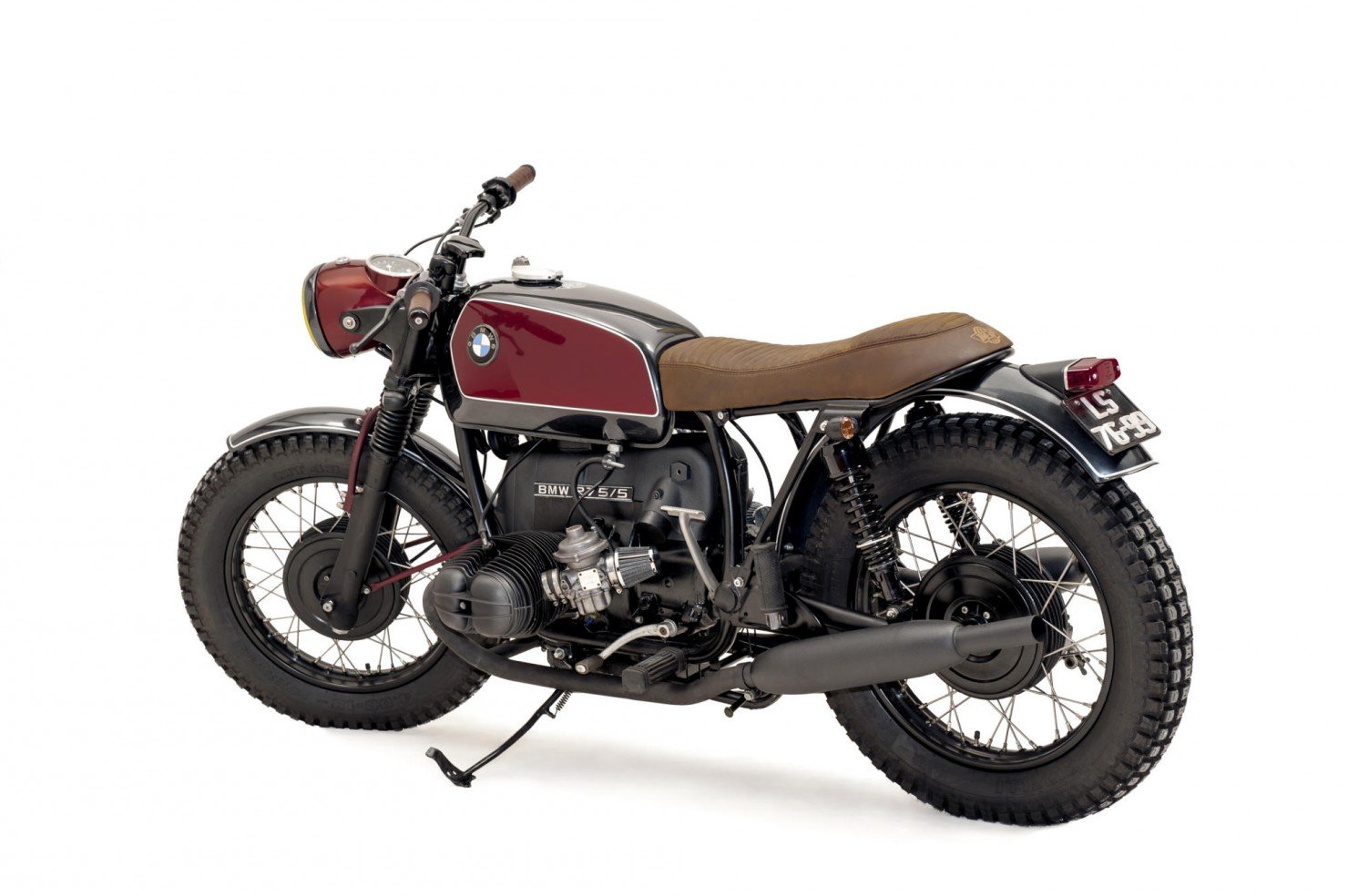 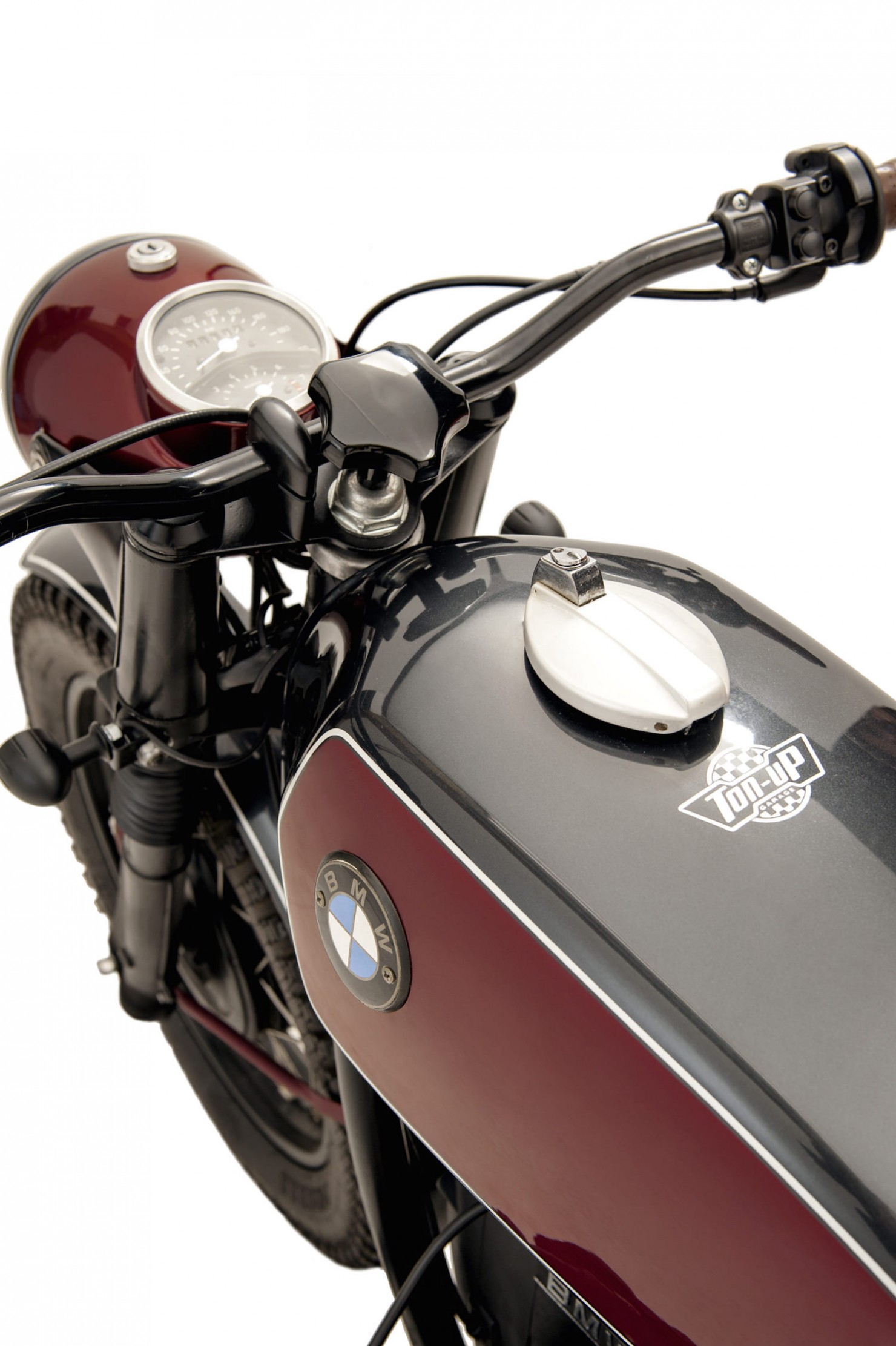 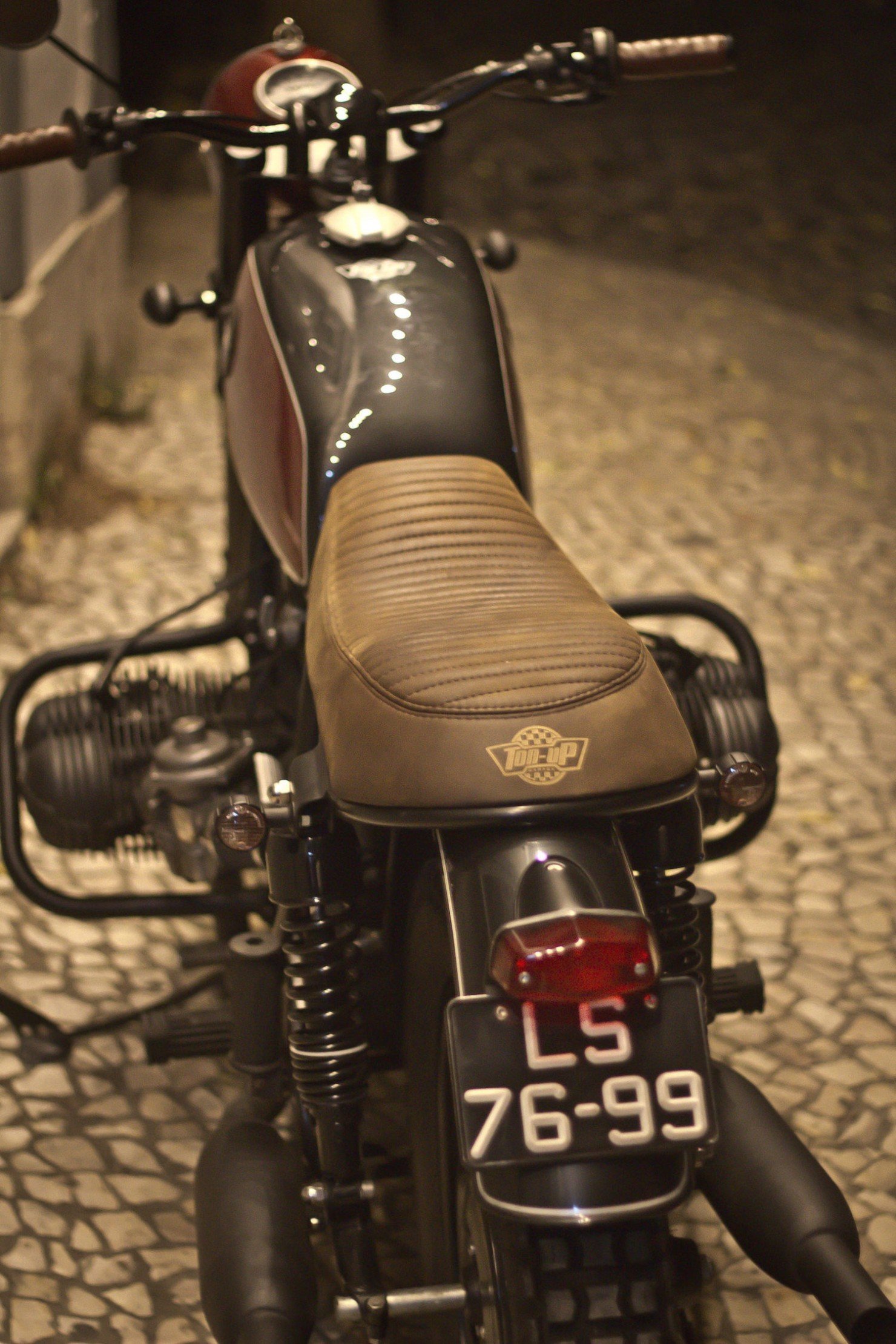 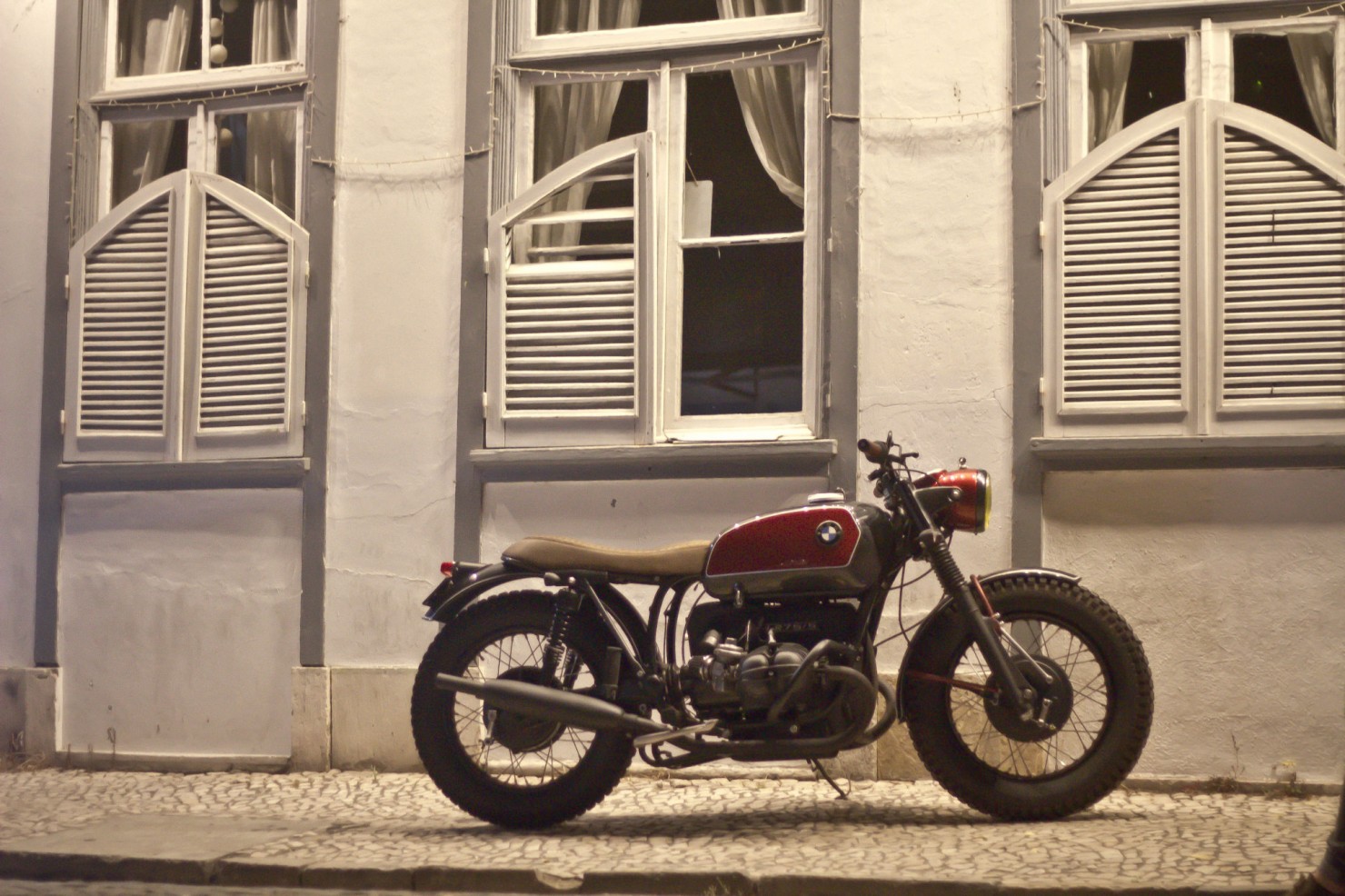 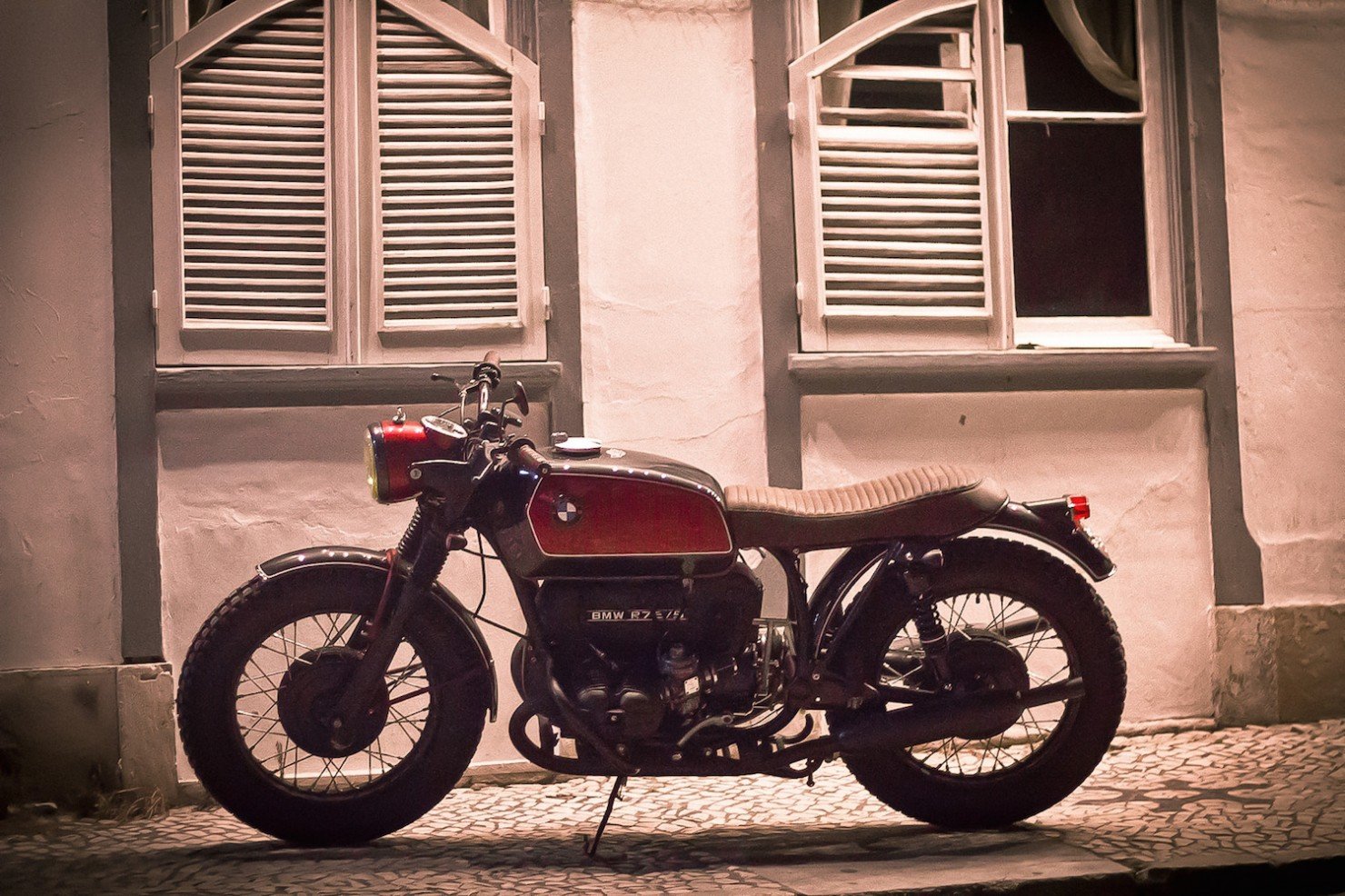 All images by Aloisio Brito. 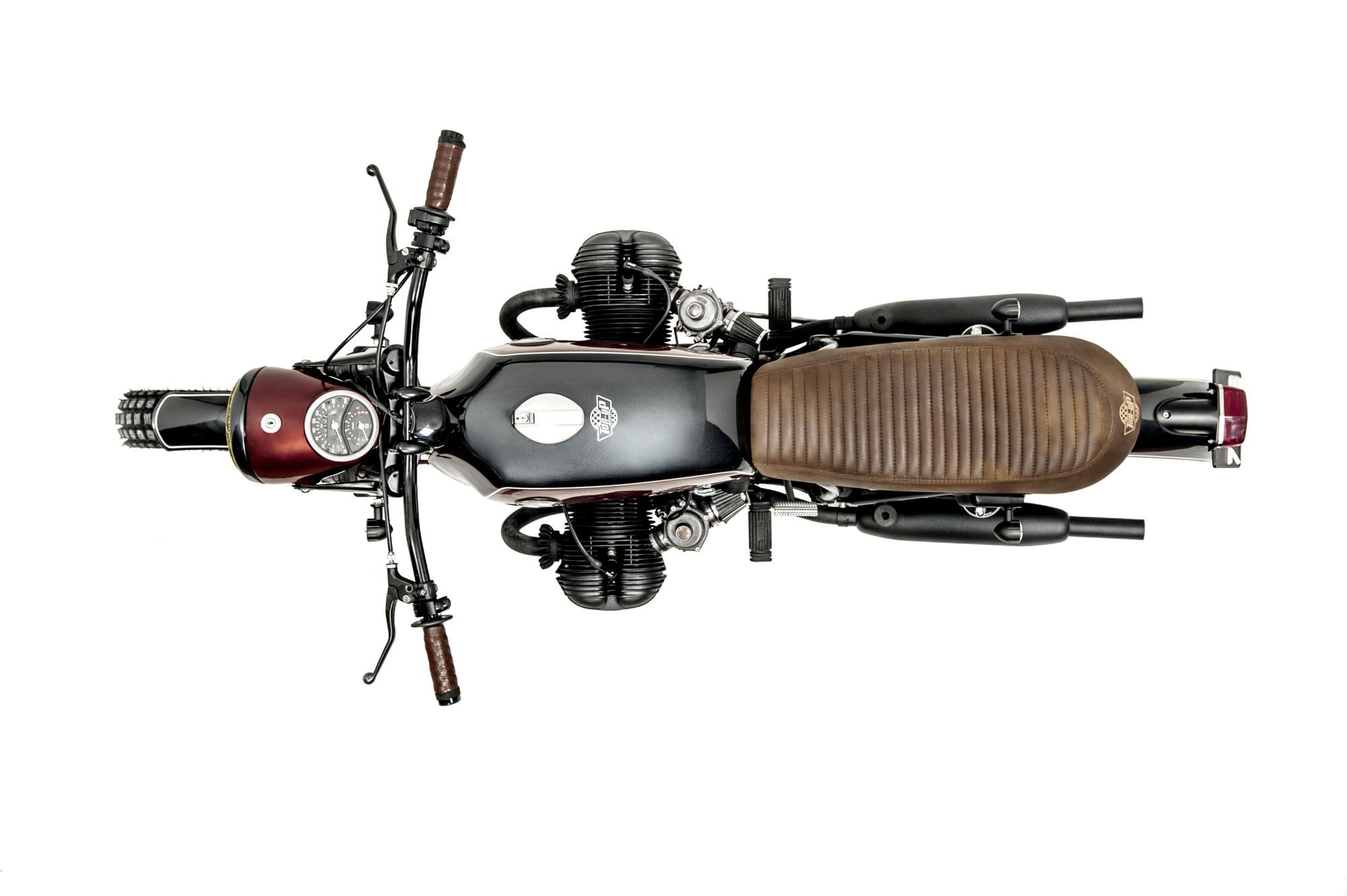