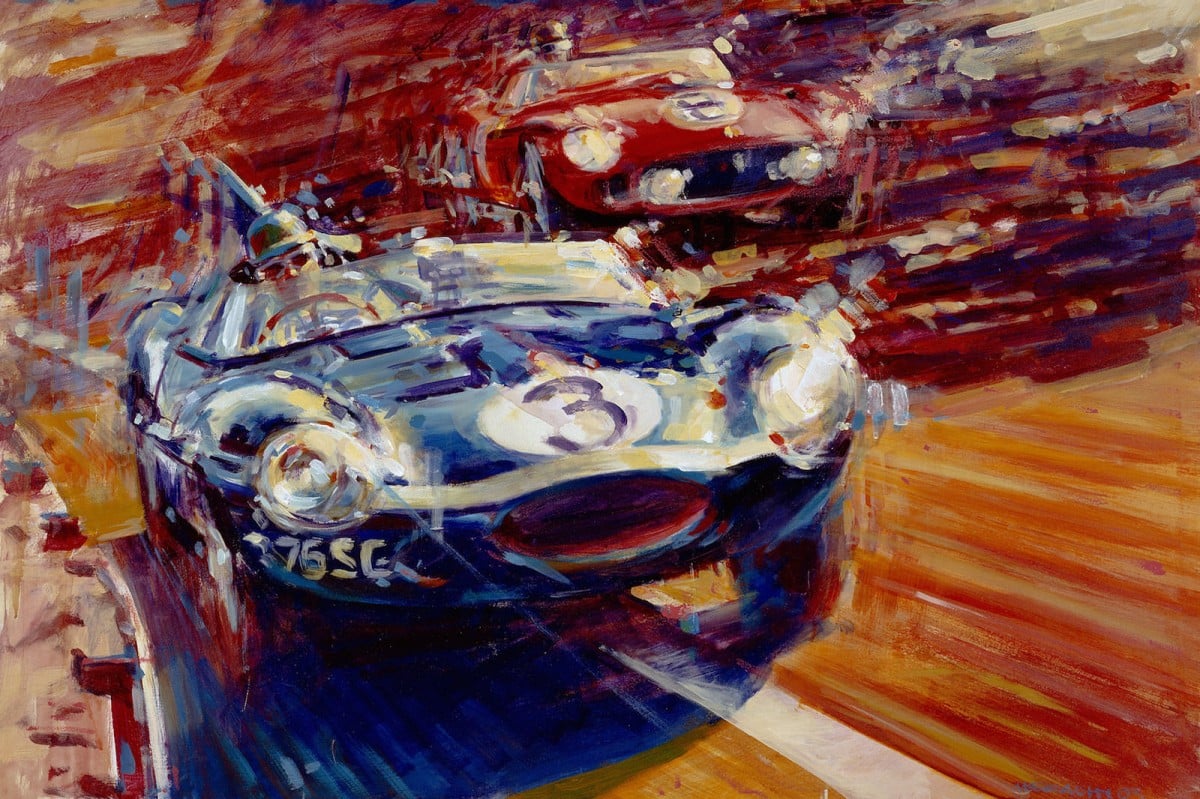 Andrew McGeachy is a native of Scotland who has lived in Switzerland for the past 24 years, his art is known for being emotive and highly effective at capturing the speed and chaos of vintage motor racing.

These two canvases show two of the most historically significant racing circuits in the world – Monte Carlo and Le Mans. The canvas above shows the D-Type Jaguar at Le Mans and the canvas below shows a Bugatti and an Alfa at Monaco in 1933, each print is available in sizes from 30×20 centimetres up to 112×75 centimetres and you can chose to have it delivered on canvas, art paper, glass or acrylic. 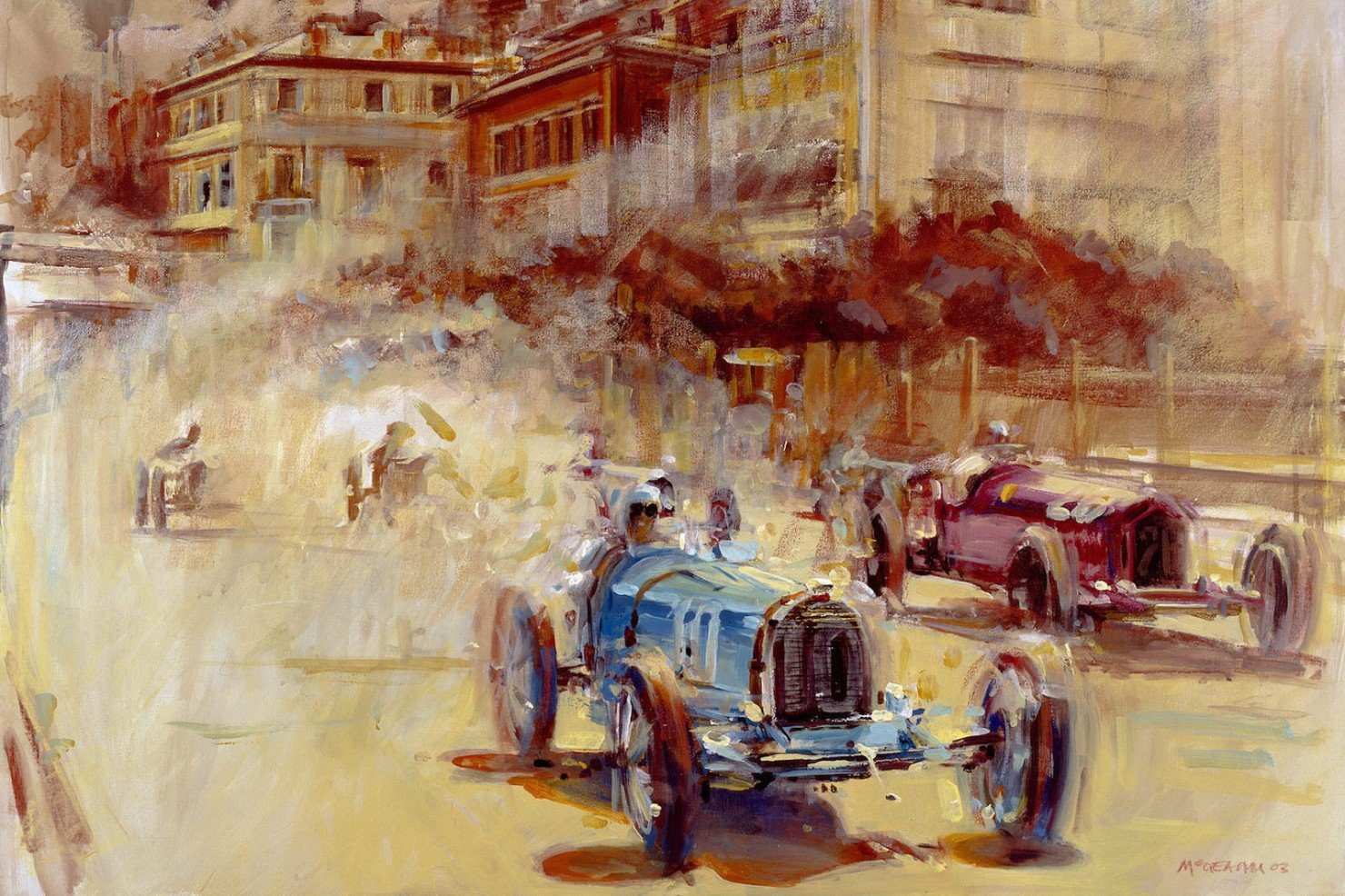 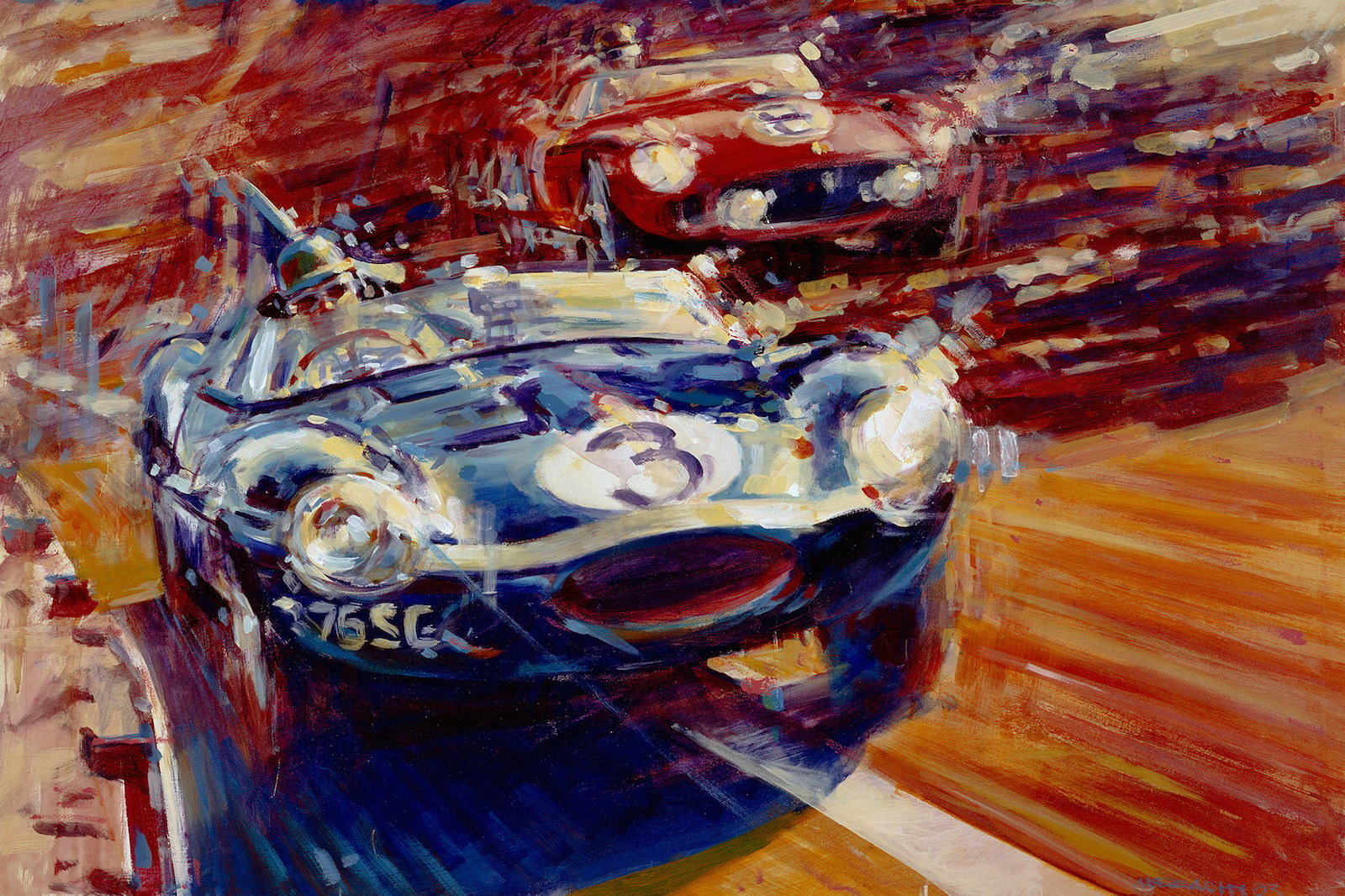