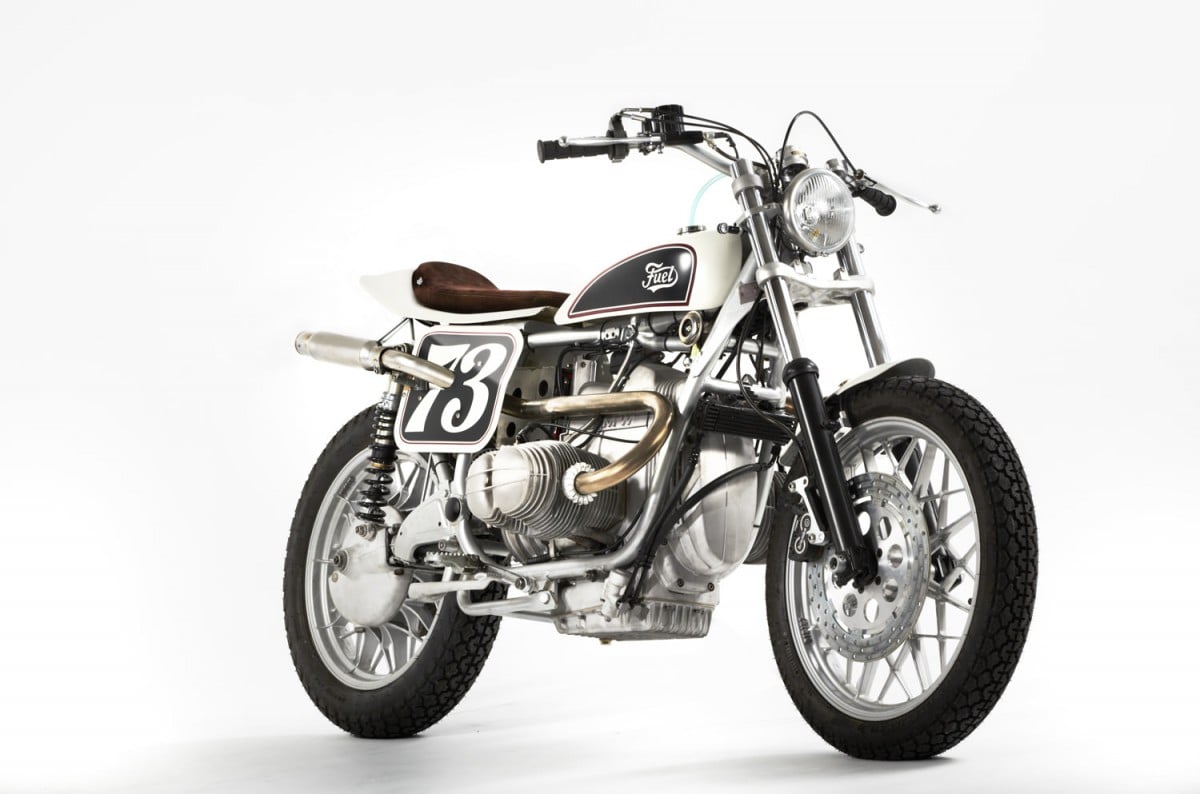 The BMW R100RS is a motorcycle that was never really intended to be anything other than a grand tourer, the bike was fitted with a Hans Muth designed, wind-tunnel developed fairing that allowed it to travel at 100mph all day long on the Autobahn – in fact the R100RS is still considered one of the best long distance touring motorcycles ever created.

With this in mind I was very interested when I learned that Fuel Motorcycles were working on creating a BMW R100RS Flat Tracker, I know the team at Fuel well enough to know that they invariably turn out beautiful, functional motorcycles but I had no idea how this particular build was going to work. As you can see, they haven’t disappointed.

The full fairing that always characterised the R100RS has been removed, showing the frame and engine in far greater detail – which is no bad thing. The stock fuel tank has been removed and replaced with a more slender, more flat-tracker-esque unit, the forks were switched out for a BMW K75 set, a new pair of front discs was added and a pair of Öhlins springs was added at the back.

The original seat and rear cowl was replaced along with the headlight (and most of the electrics), the new 2-into-1 exhaust exits through the number plate on the right hand side – a nice touch I haven’t seen before. The completed bike looks the part and as it was commissioned by an owner who has a penchant for serious off-road African road trips, I can’t imagine it’ll be a garage queen.

Click to read more about the bike over at Fuel Motorcycles. 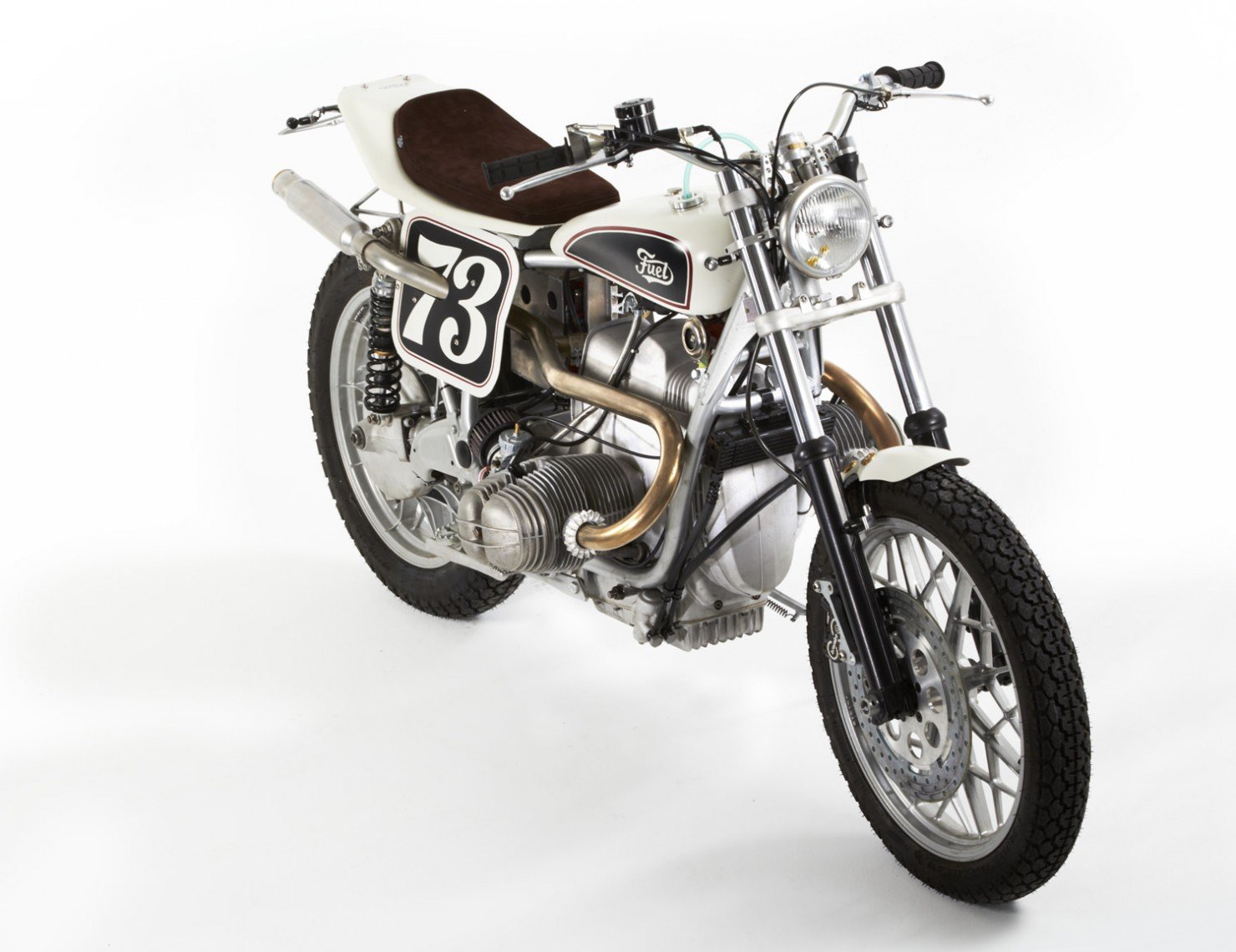 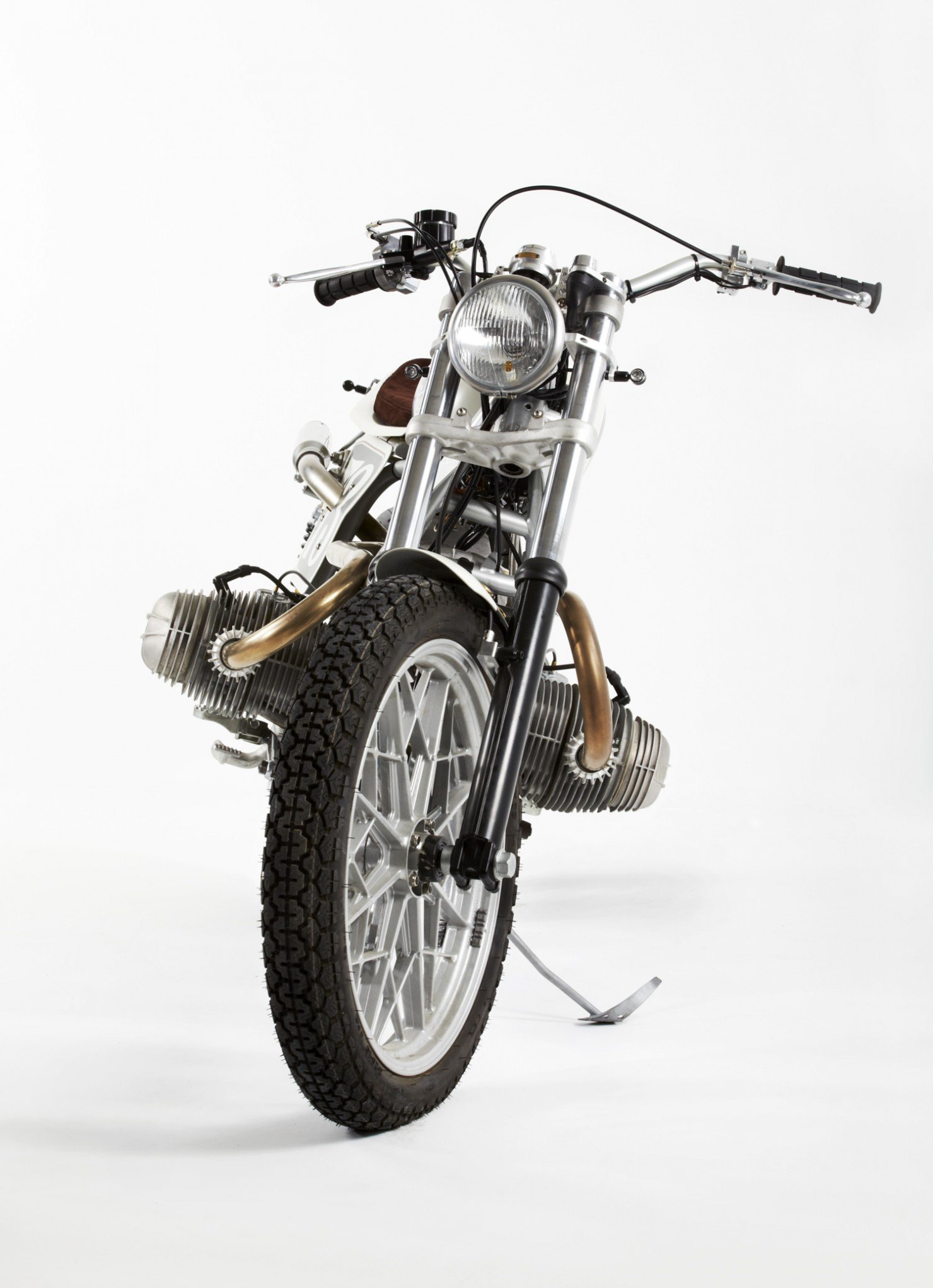 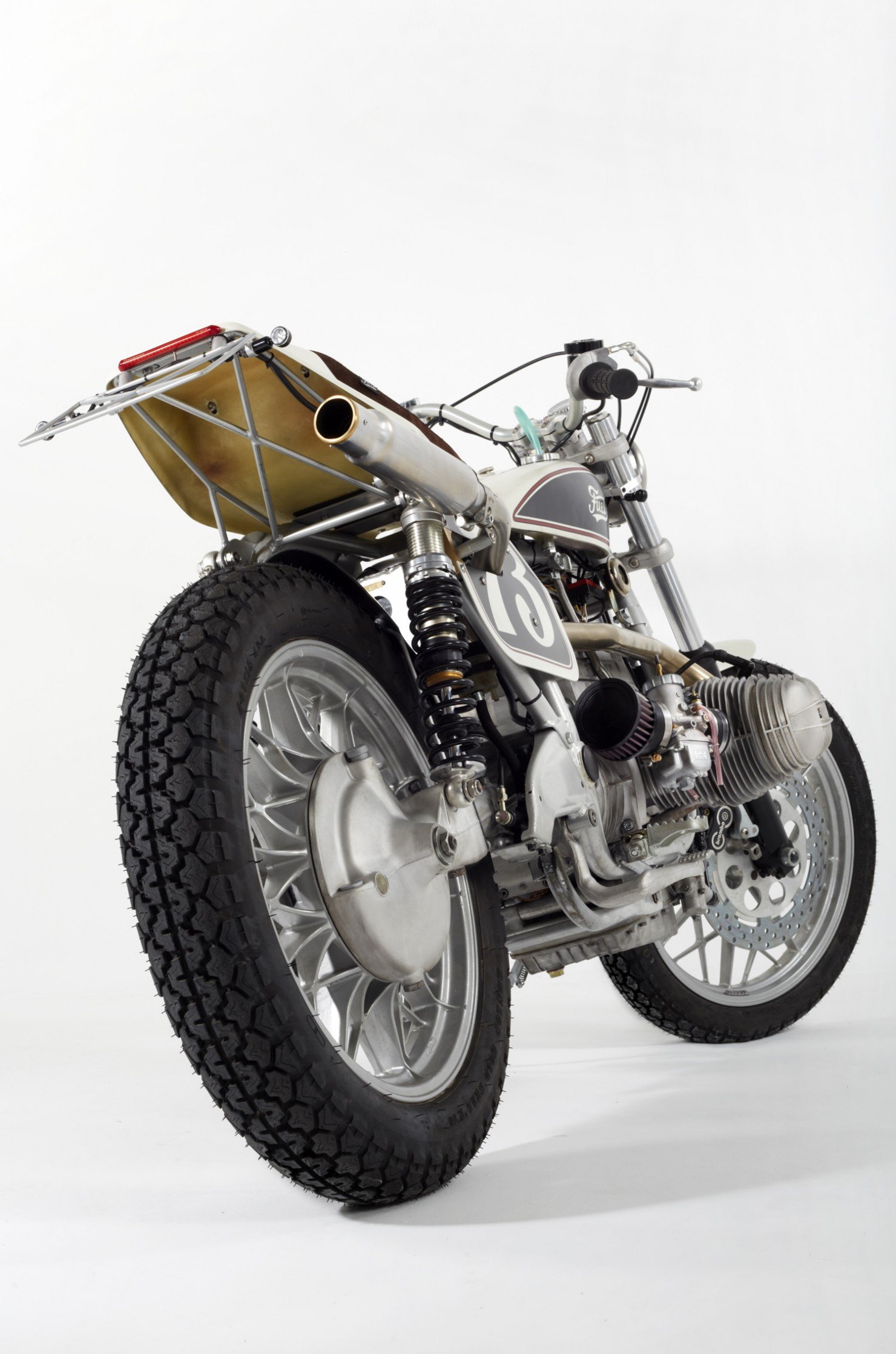 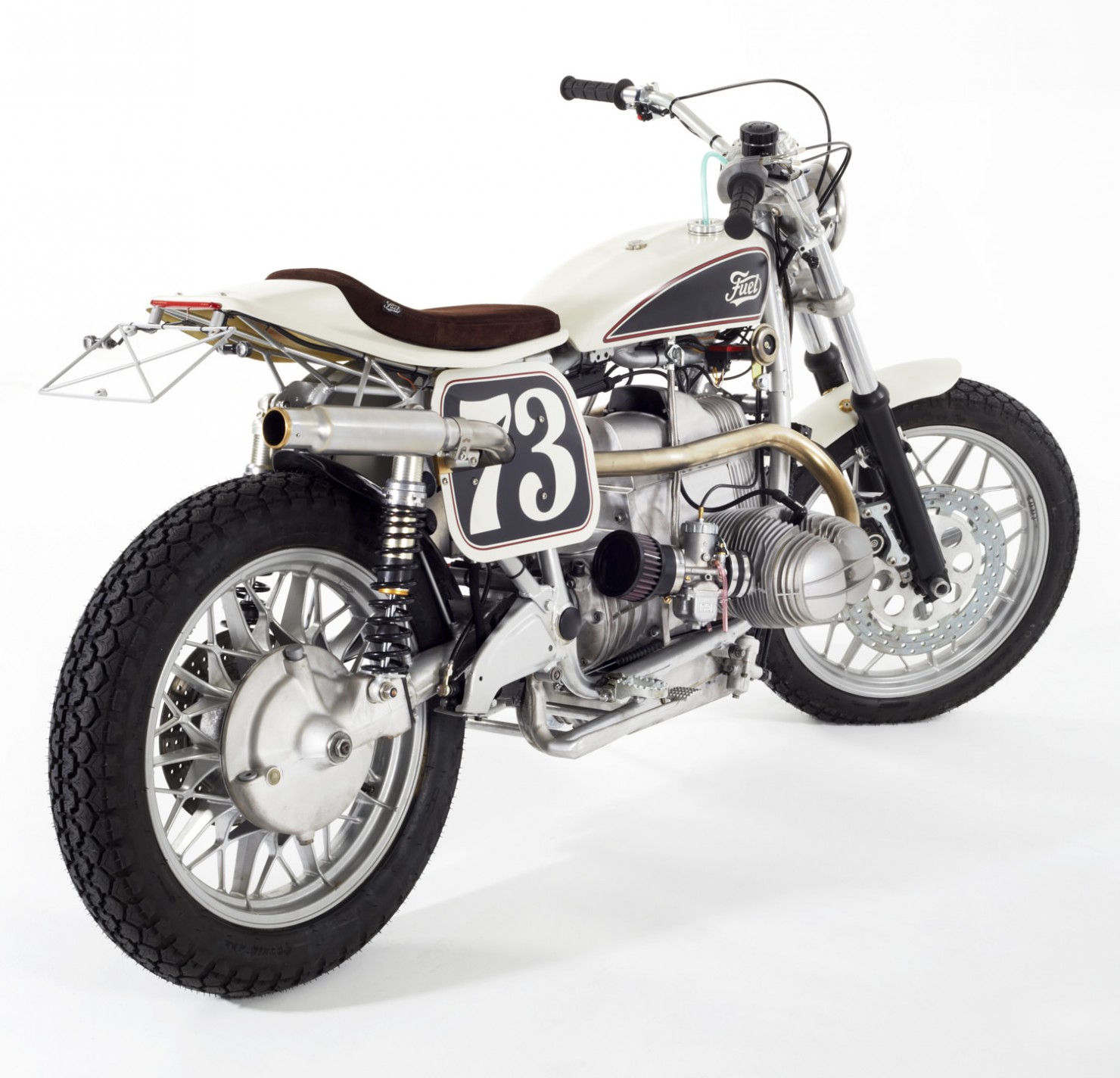 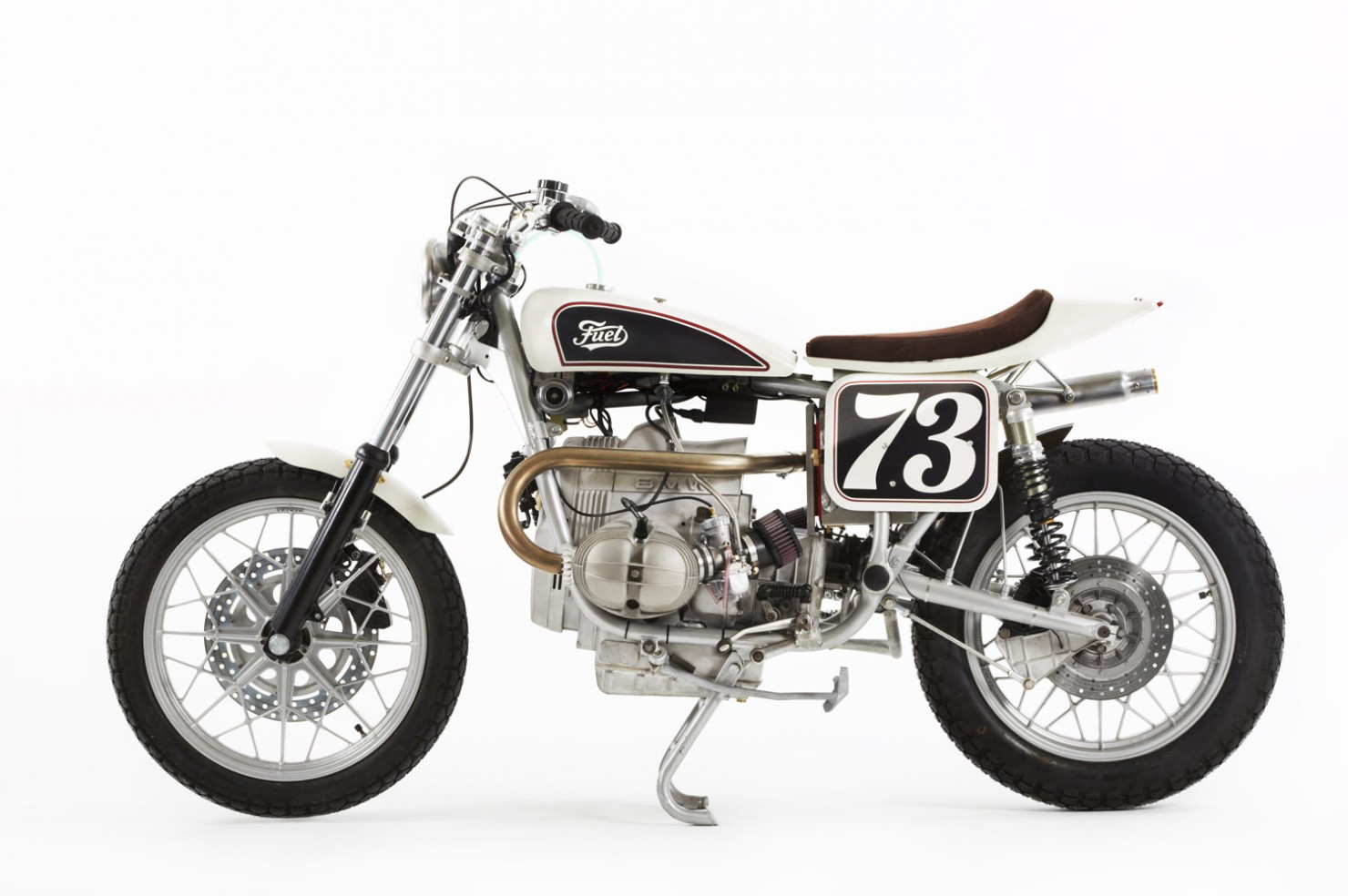 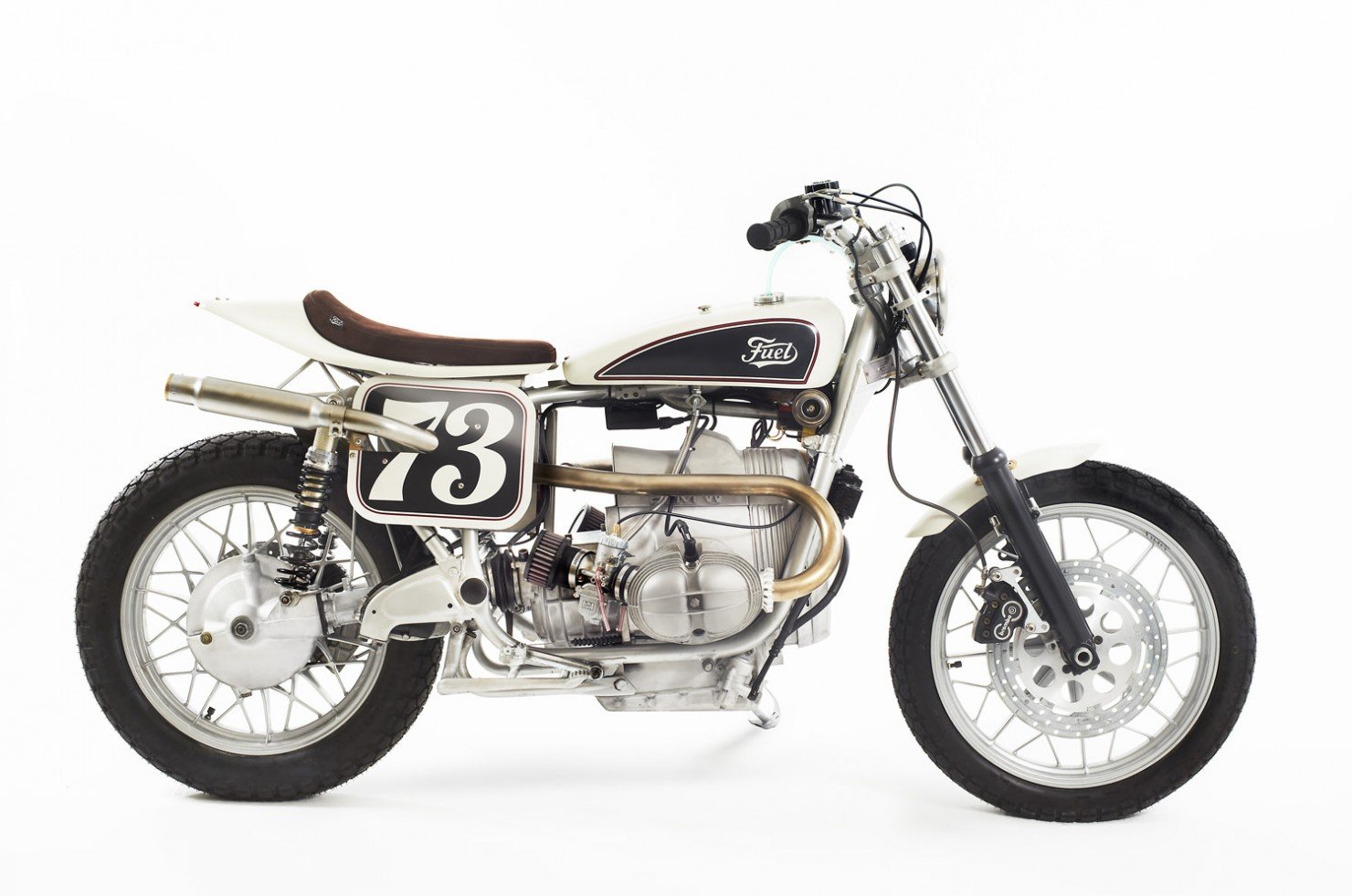 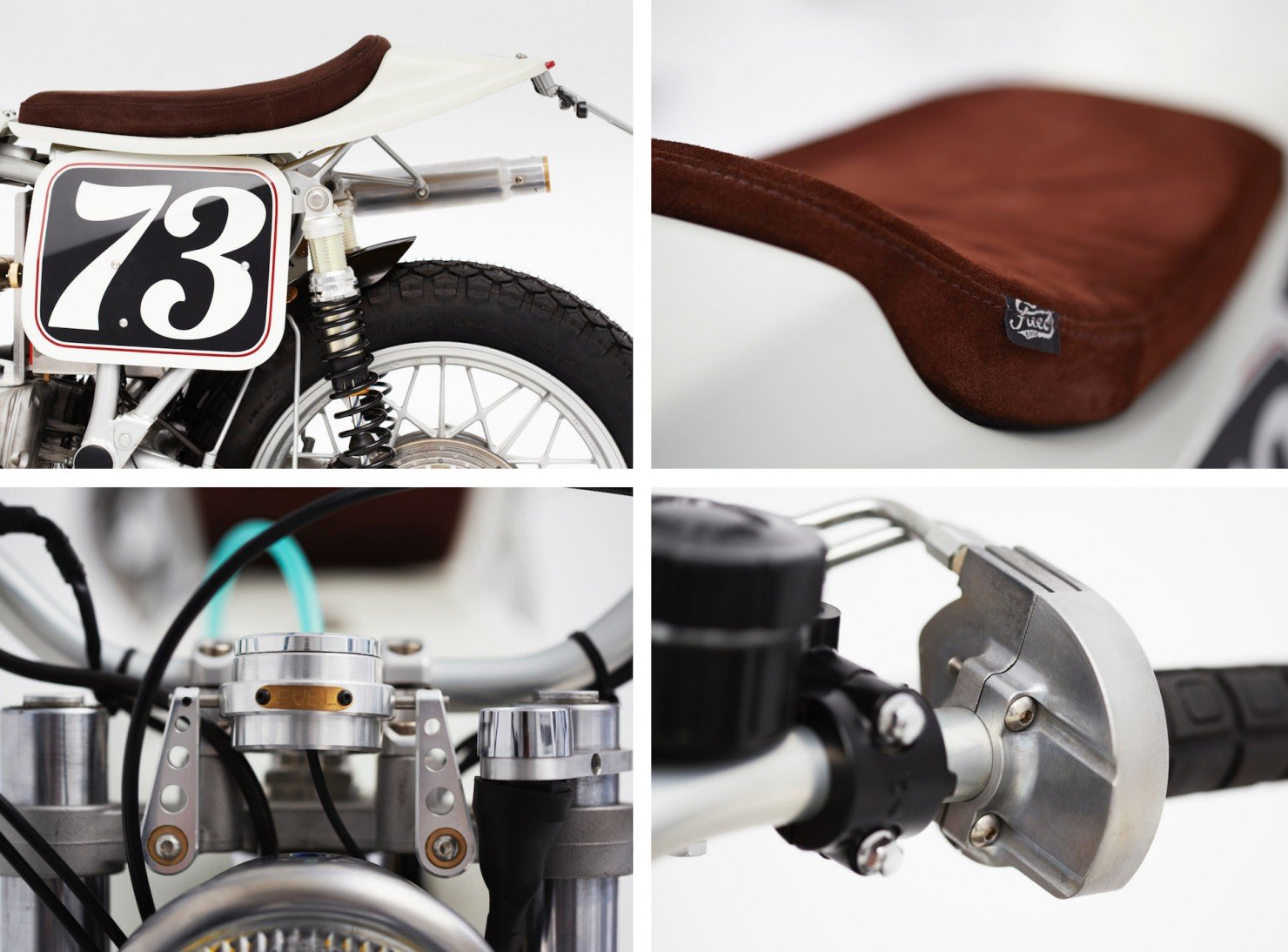 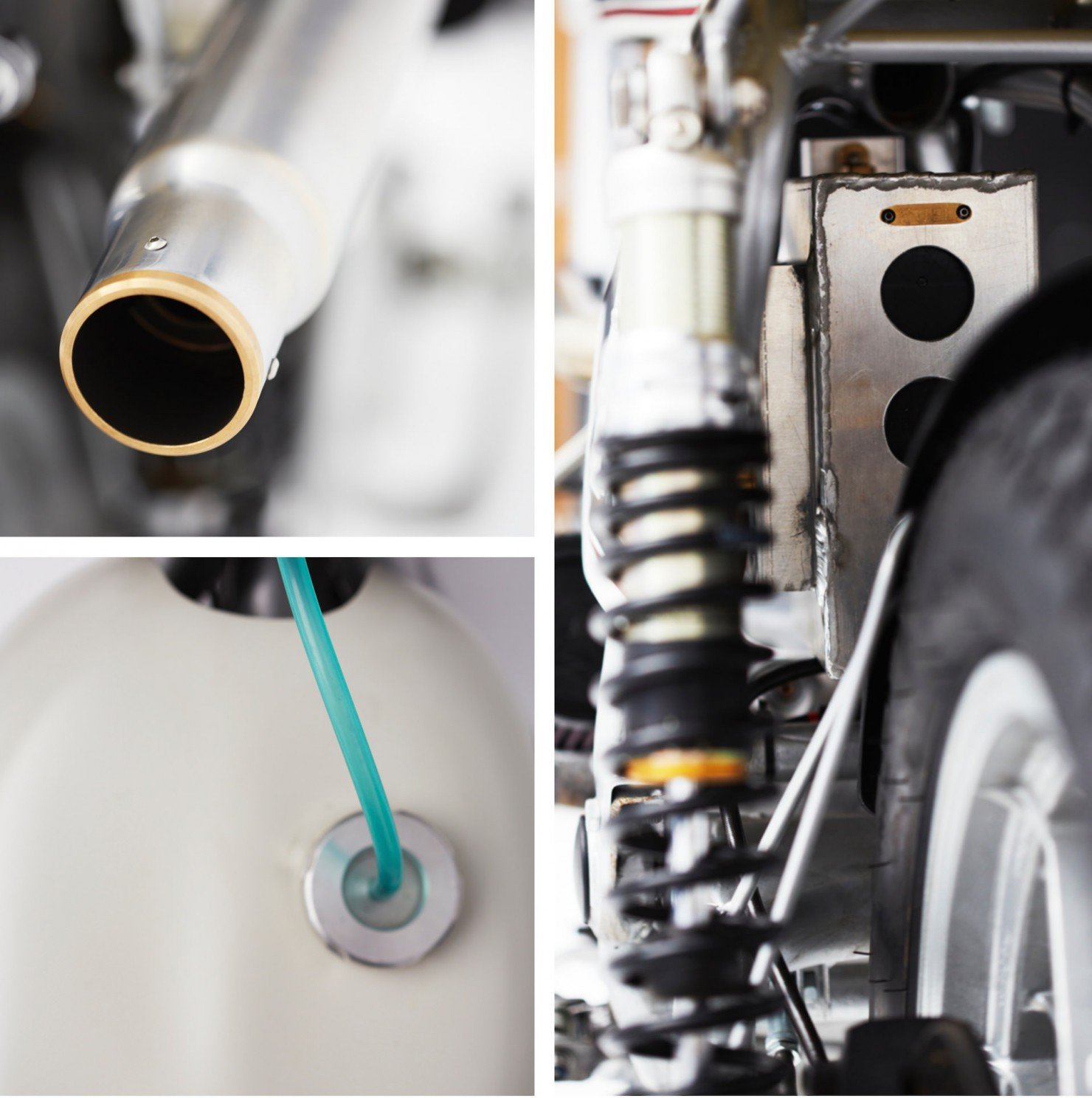 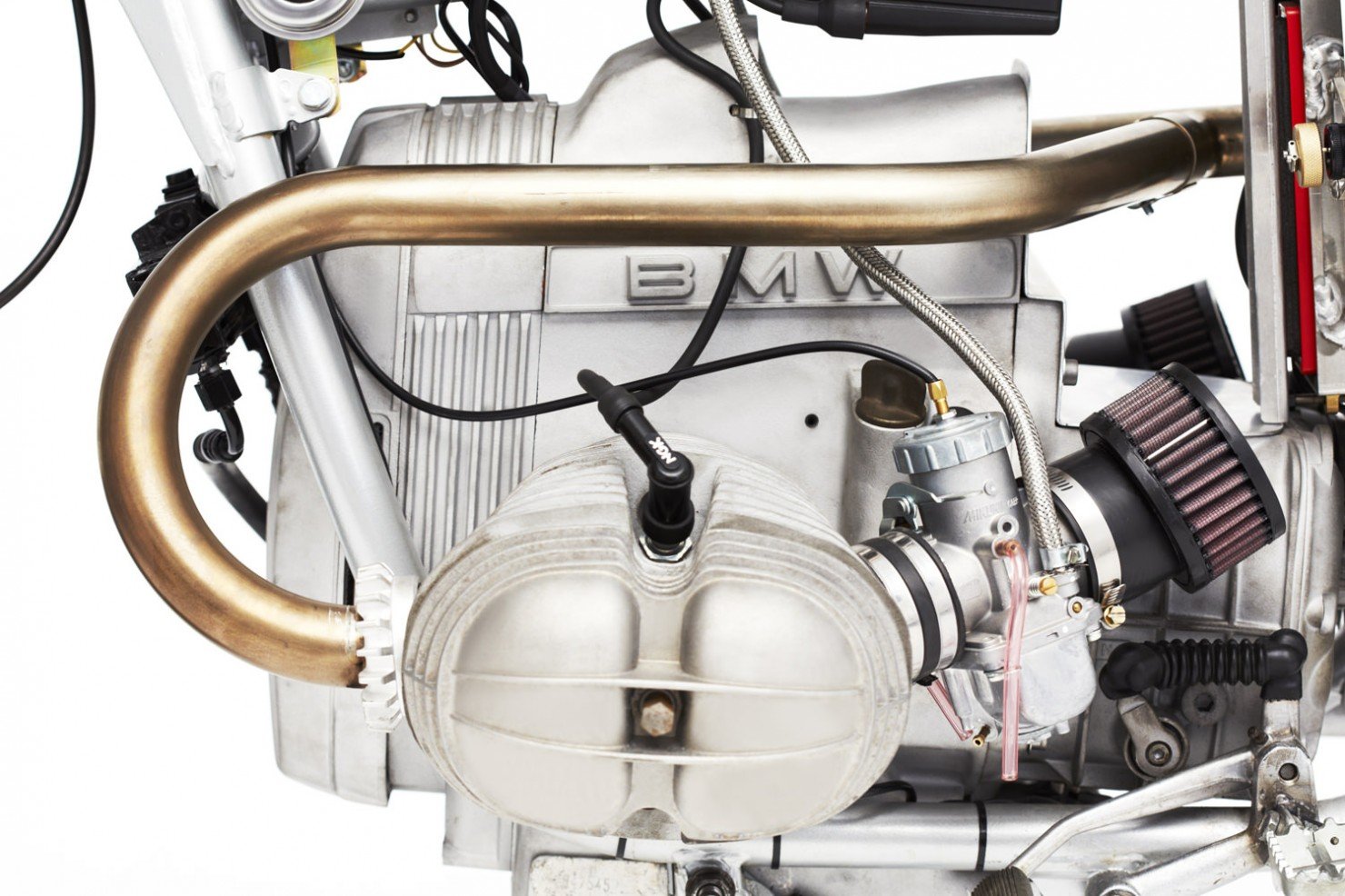 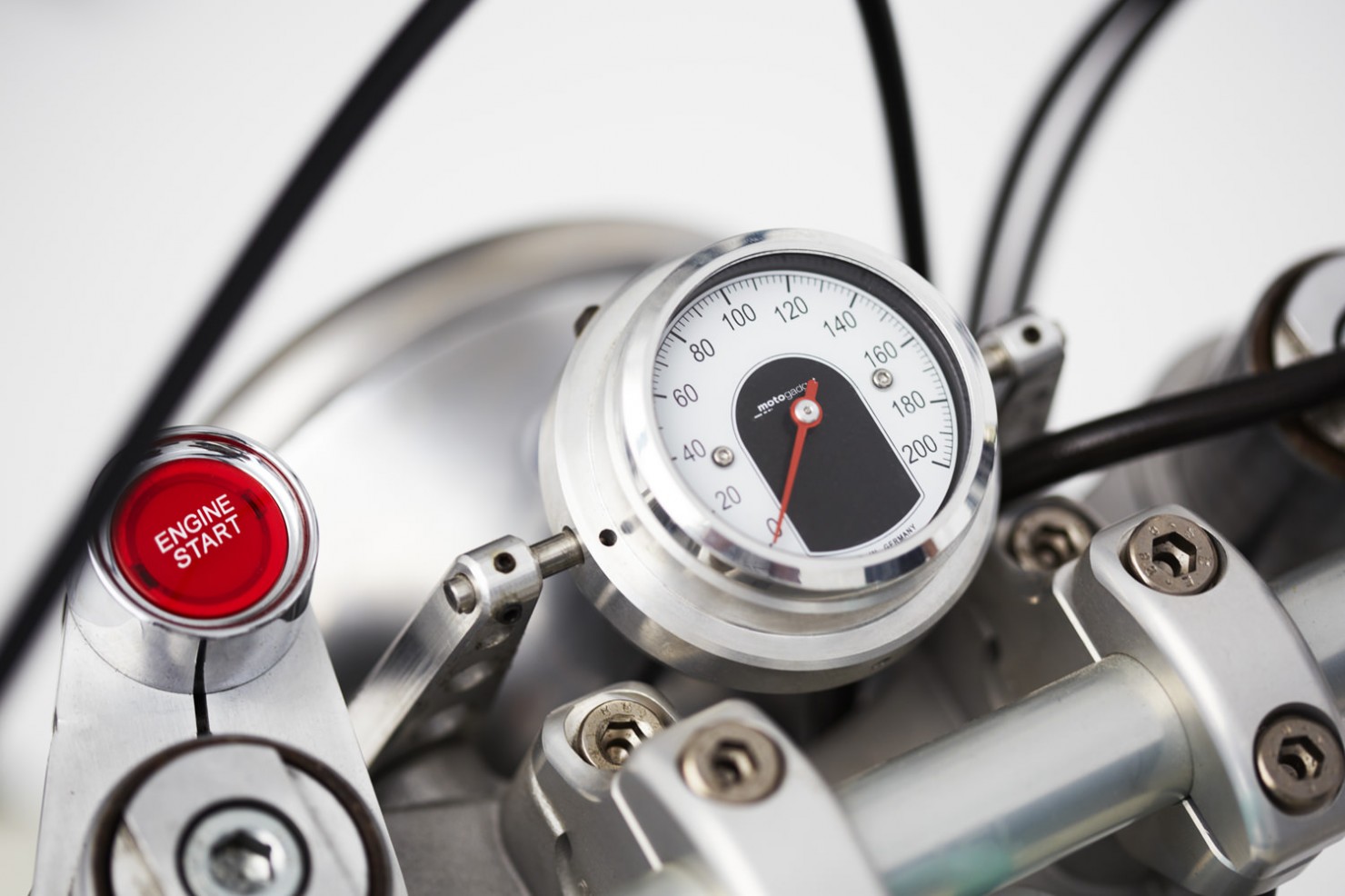 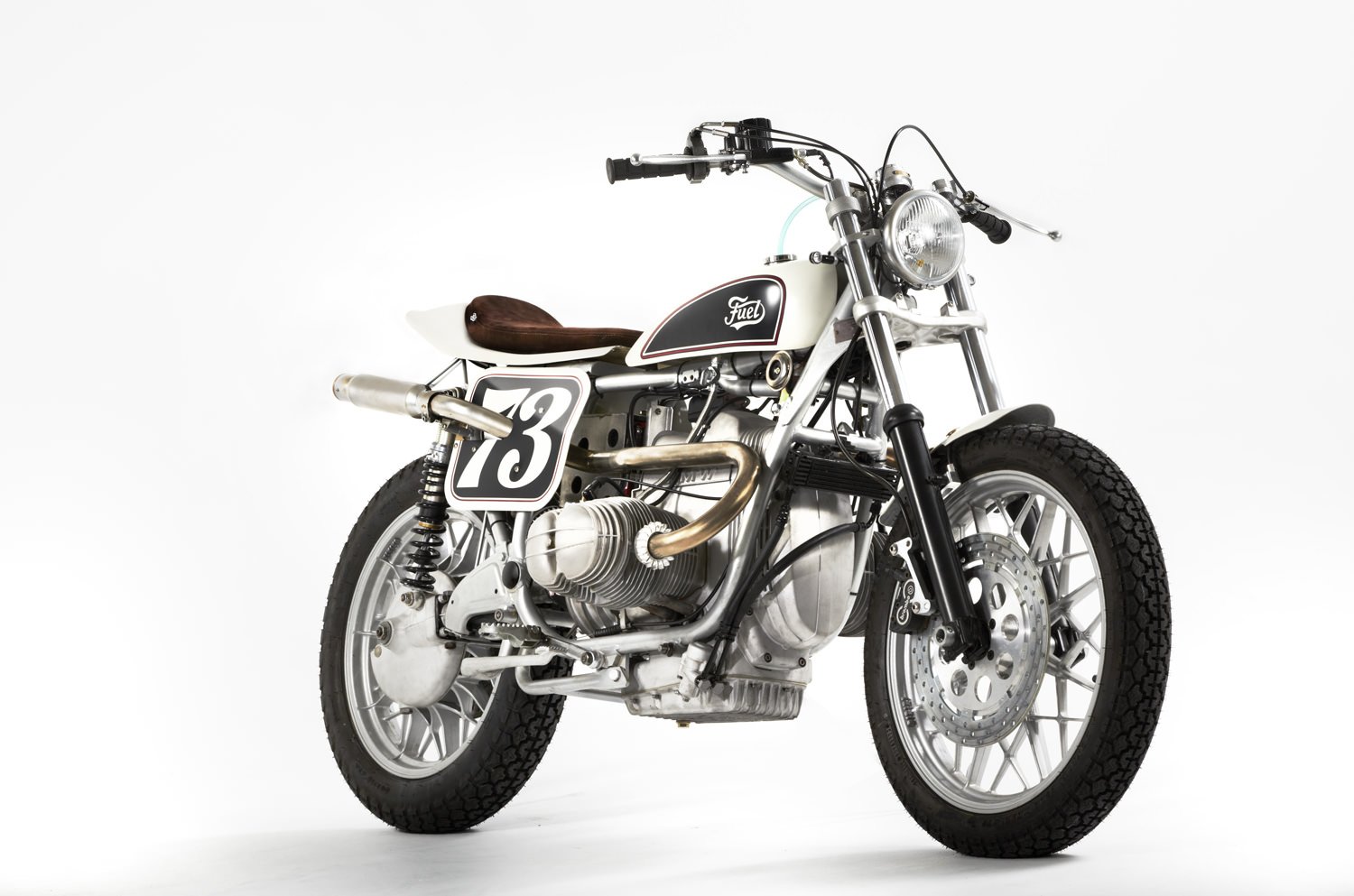