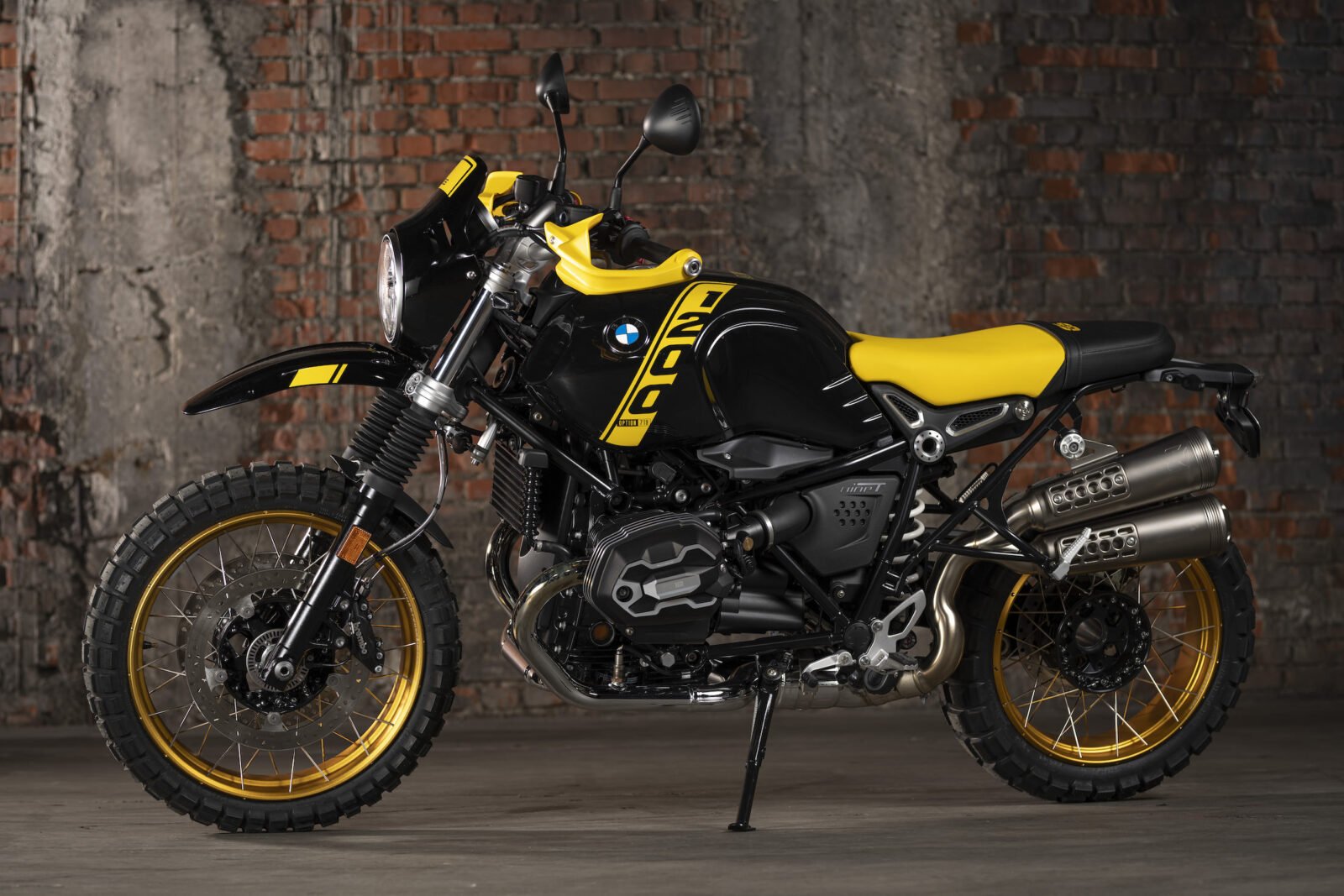 This is the new limited edition “40 Years GS” version of the 2021 BMW R nineT Urban G/S, it’s been developed to evoke memories of the legendary R100 G/S from the 1980s with its “bumblebee” black and white paint scheme, chunky Continental TKC 80 tires, hand protectors, and a high scrambler exhaust to keep it up out of the way.

The BMW R nineT was originally released back in 2013 as a new member of the modern classic motorcycle genre – motorcycles that have styling reminiscent of days gone by, like the modern Triumph Bonneville and Scrambler, the Ducati Sport Classic line, and similar offerings from Moto Guzzi, Norton, Harley-Davidson, Indian, Honda, Suzuki, etc etc.

BMW kept the formula that made the R nineT a success intact, with only careful, incremental updates over the intervening years. The core ingredients of the R nineT have remained relatively unchanged – it’s still powered by an air/oil-cooled horizontally opposed twin cylinder engine with a capacity of 1,170cc. The engine produces approximately 110hp and 74 lb ft of torque, power is sent to the rear wheels via a 6-speed transmission with a dry clutch and a shaft drive. 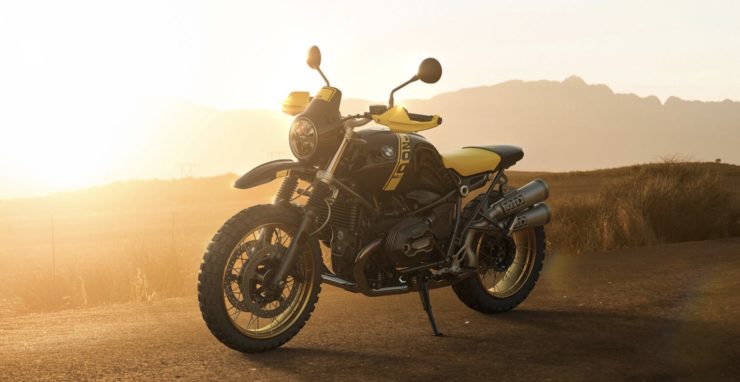 In more recent years a number of special editions of the R nineT have been released including a very popular scrambler version. The model you see here is the new-for-2021 Limited Edition 40 Years GS, it’s been styled to match the famous BMW GS line of adventure touring motorcycles – “GS” stands for “Gelände-Strasse” German for “Off Road”.

Apart from that eye-catching black and gold paintwork the model includes a number of modifications over the standard R nineT, the two key changes have been made expand the torque curve and meet the new Euro 5 standard emissions restrictions.

These changes were implemented by redesigning the cylinder heads, much like their forebears the heads each contain one cam and four radially positioned valves. What’s new is an internal turbulence system that swirls the fuel-air mixture to ensure more thorough and cleaner combustion. 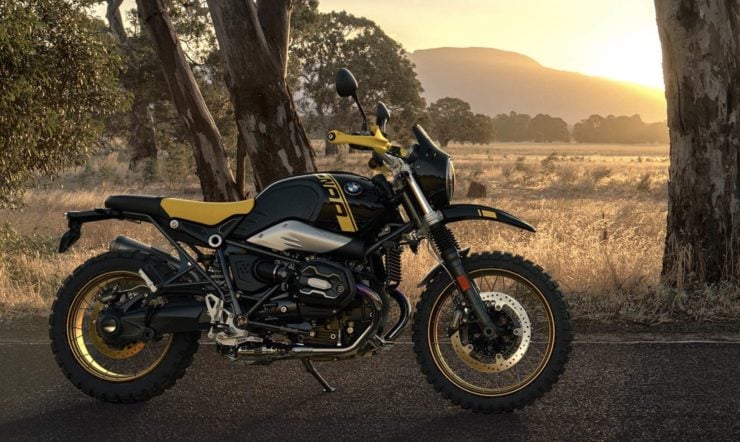 The horsepower remains almost unchanged at 109 hp vs 110 hp (at 7,250 rpm), however torque has been increased over the early models at 85.5 lb ft vs 74 lb ft. The model also benefits from spoke alloy wheels and the aforementioned scrambler exhaust and hand guards. There is an extensive BMW parts catalogue for the R nineT and many owners swap out parts to tailor the bike to suit their needs.

One of the benefits of this is a widened torque curve, particularly between 4,000 and 6,000 rpm. This model has been fitted with dual front fenders – a lower unit for water and a higher, larger fender for mud and debris.

Although it’s unlikely that people who buy the R nineT will undertake the same adventures as the R 1250 GS owners, the R nineT has proven to be a competent dual sport motorcycle capable of tackling fire trails and other moderate dirt roads with ease.

BMW will only be building a limited number of the 40 Years GS R nineT for 2021, we’re anticipating that it’ll be one of the most popular iterations of the model family. If you’d like to read more about it you can click here to visit the BMW product page. 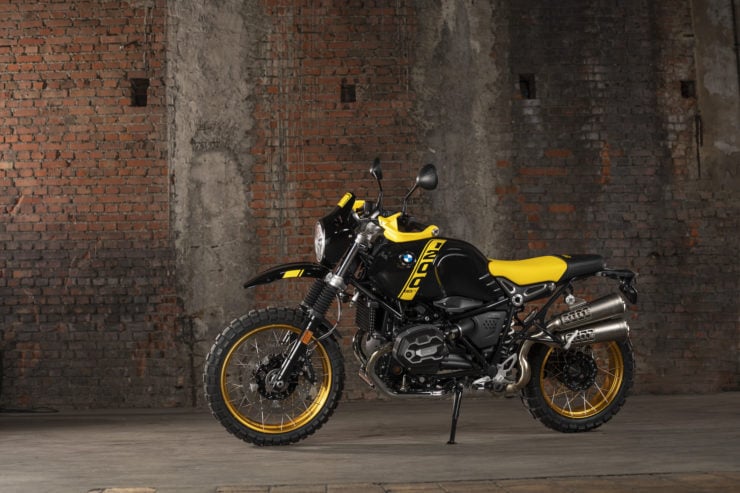 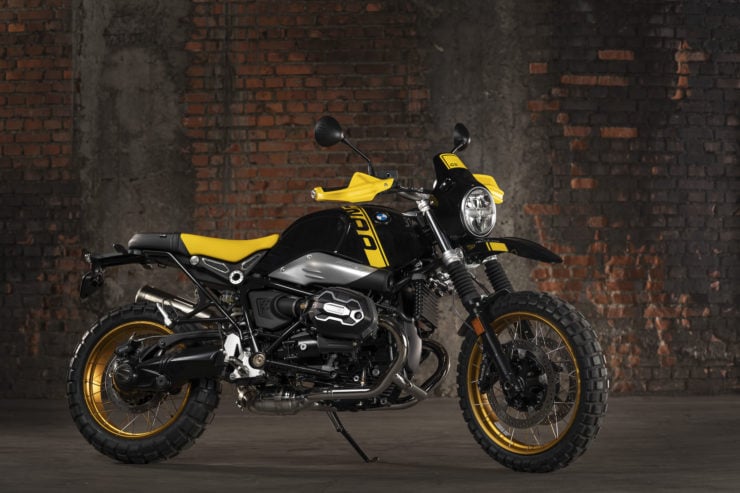 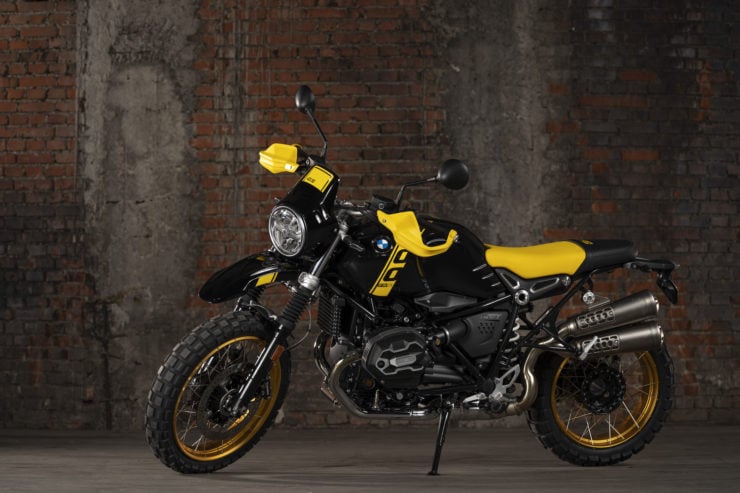 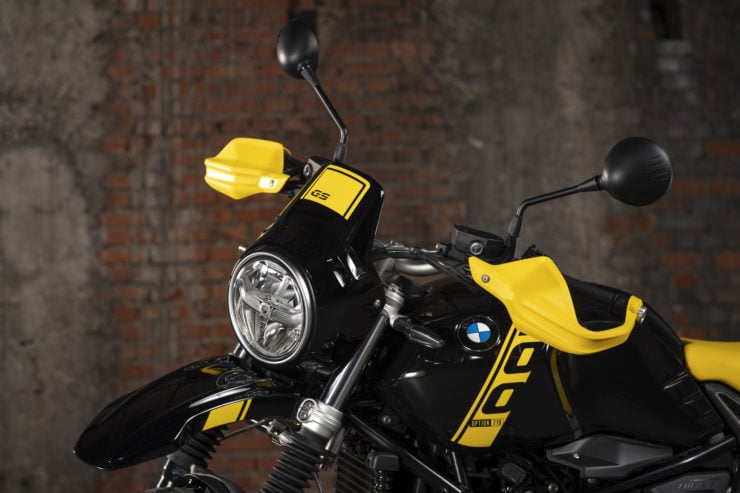 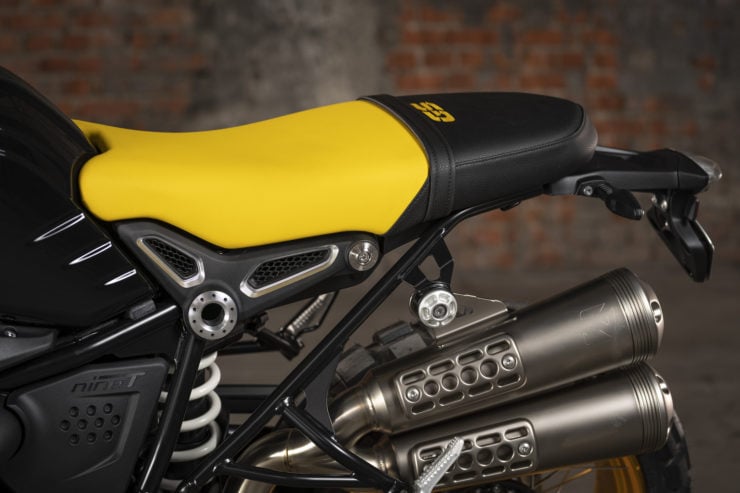 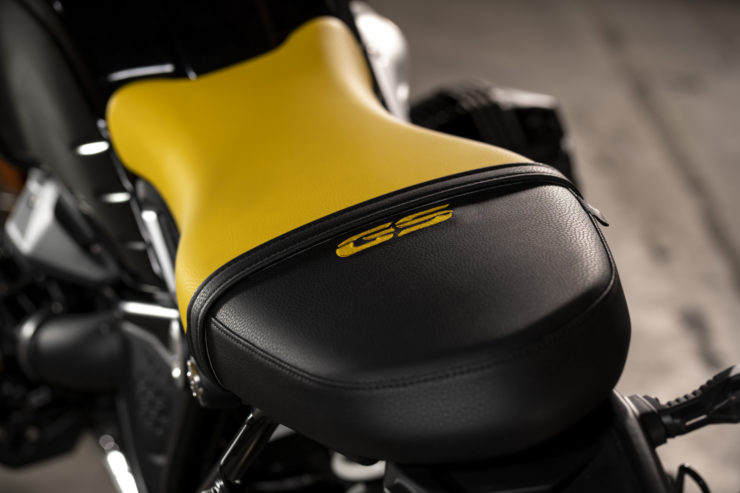 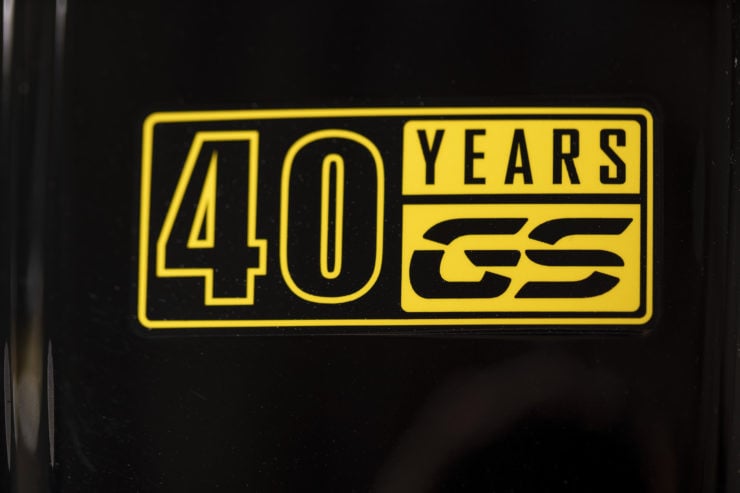 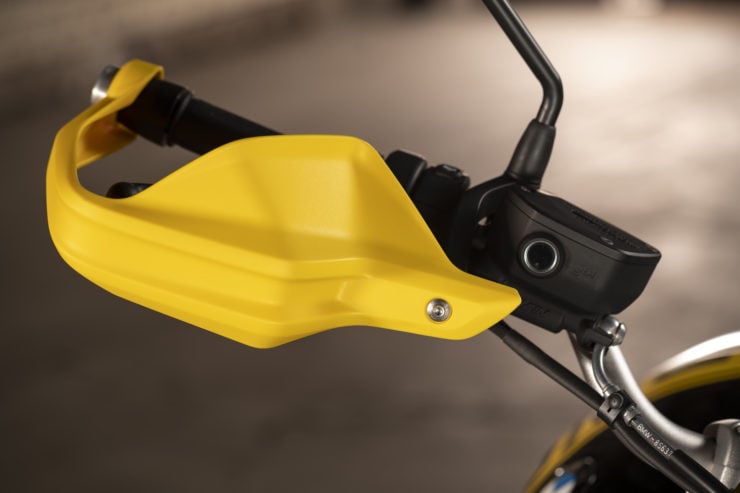 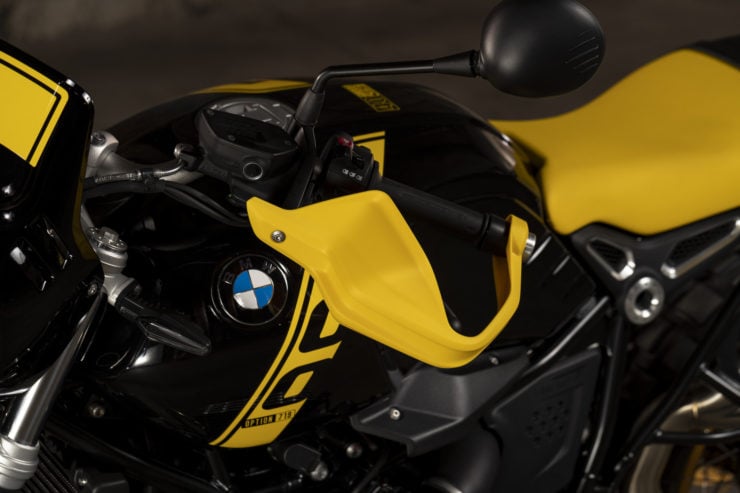 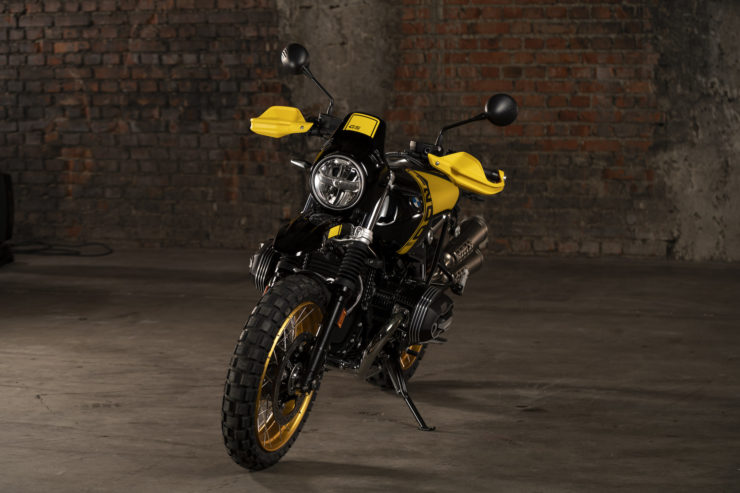 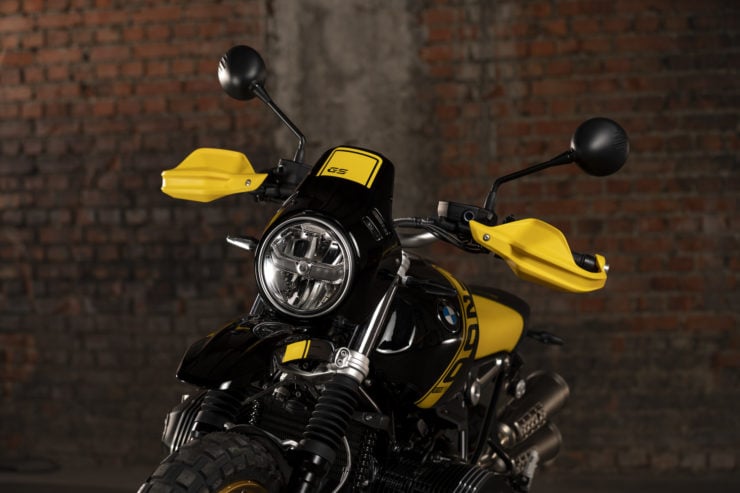