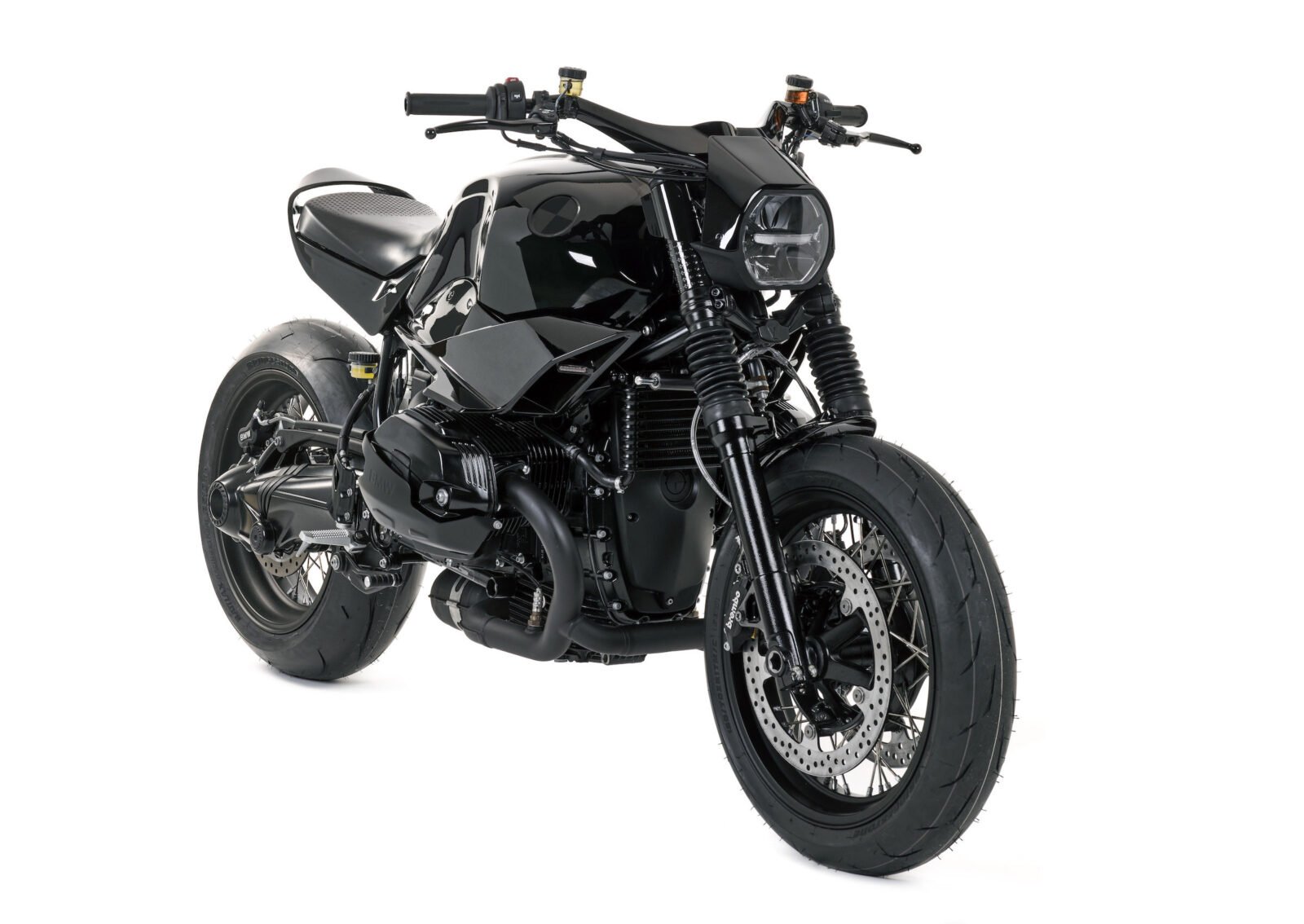 This BMW R nineT is a thoroughly 21st century custom motorcycle, it was built through the extensive use of 3D printed parts – a possible window into the future of the entire custom motorcycle industry.

The team at VIBA chose the BMW R nineT as the starting point for the build, it’s a 1200cc horizontally opposed twin cylinder motorcycle that was designed from a blank slate to be easy for customizers to work with. 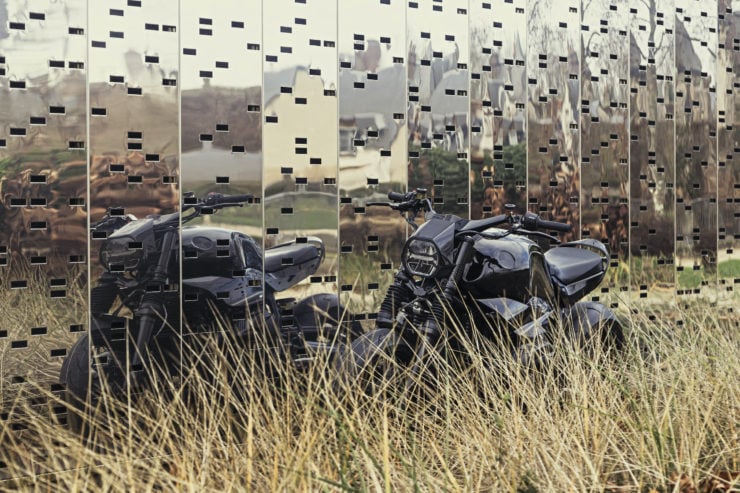 Along with the Triumph Bonneville and the Harley-Davidson Sportster the R nineT is now one of the most popular targets for custom bike builders, it does sit in a higher price bracket than most of its competition, but these bikes tend to hold their value well over time after their initial depreciation.

The R nineT produces 110 hp at 7,610 rpm and 74 ft lbs of torque at 6,090 rpm. It has a dry clutch, a 6-speed transmission, and a maintenance-free shaft drive sending power to the rear wheel. Since the model was released in 2014 it’s proven to be a best-seller for BMW, and the company has since developed a slew of sub-models to cater to different genres in the motorcycle market.

This bike is the work of VIBA, a French company that builds limited edition runs of bespoke motorcycles built with the extensive use of 3D printed parts courtesy of partnerships with specialist companies like SLM Solutions Group AG and Erpro Group. 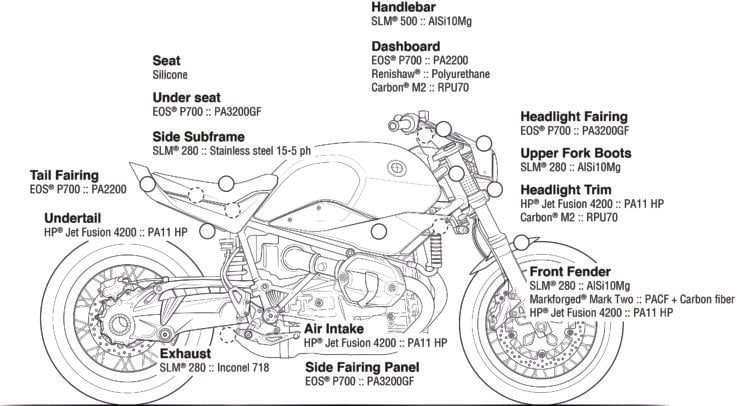 The stand-out features of Cara are the seat and rear cowling, the engine air intakes, the handlebars and the smaller new parts used throughout the build including the new front fender, the headlight surround, the dashboard, exhaust, and fork boots.

The newly designed air intakes on either side of the engine just under the fuel tank channel cool air into the air box whilst also hiding the right and left indicator lights. The subtle tail cowling is used to hide the rear facing indicators, finding a way to cleverly hide indicators (blinkers) whilst still ensuring they’re fully functional and visible is a common challenge faced by custom builders and VIBA have done an excellent job here.

Although handlebars are often and afterthought when building a custom, typically they’re bought off the shelf and bolting into place with little fanfare. The handlebars on this bike are a little different, they were designed specifically for this bike and made using a metal 3D printing process from SLM 500 AlSi10Mg. 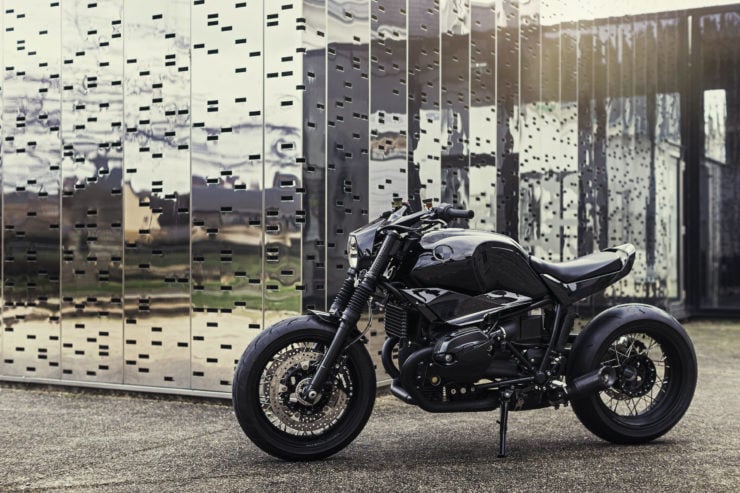 The design of the new handlebars references common handlebar designs from the early to mid 20th century, its a non-tubular shape with a wide flat centre section that encompasses the speedometer. It’ll be interesting to see what other typically boring motorcycle parts get re-thought thanks to 3D printing in the future.

The completed bike is an almost stealthy-looking custom, partially thanks to its gloss black paint scheme and total lack of coloured elements. VIBA will be building just 23 of them, if you’d like to read more about Cara or enquire about having one built for you you can click here to visit the official website. 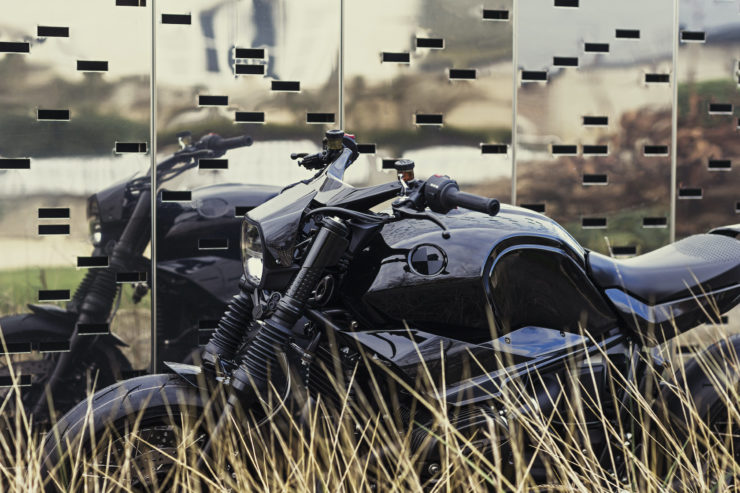 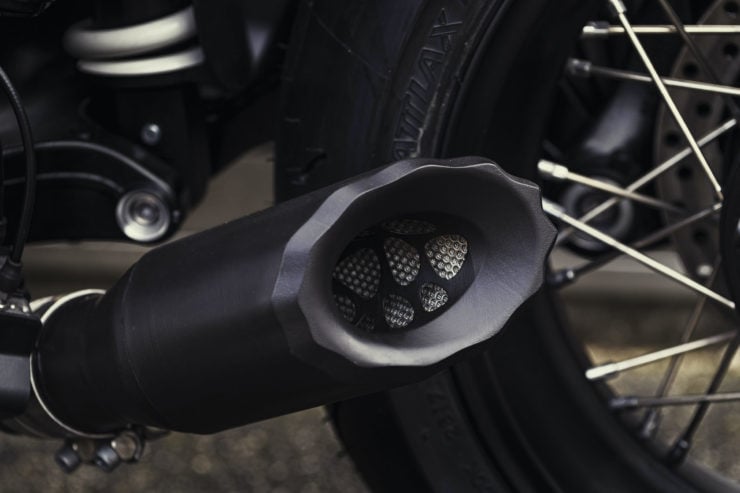 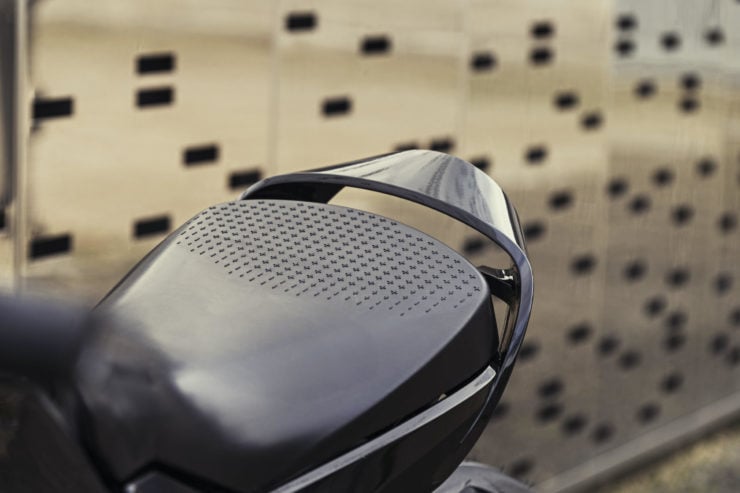 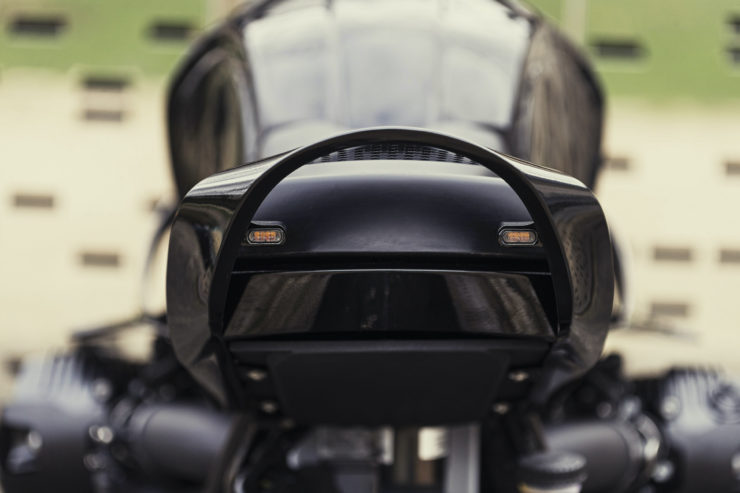 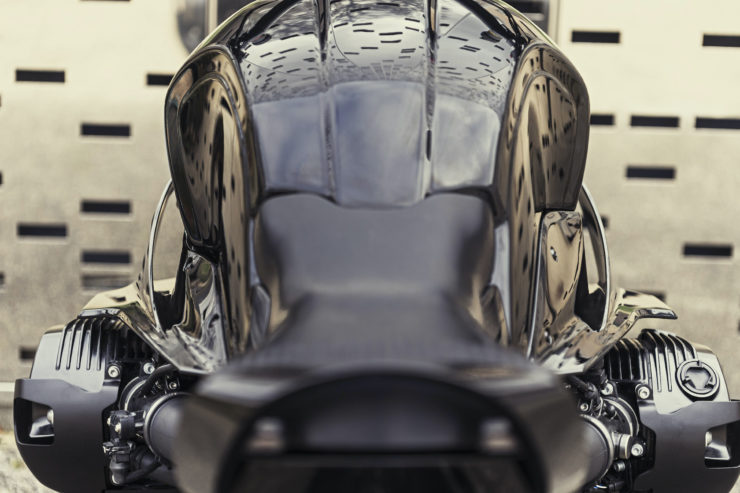 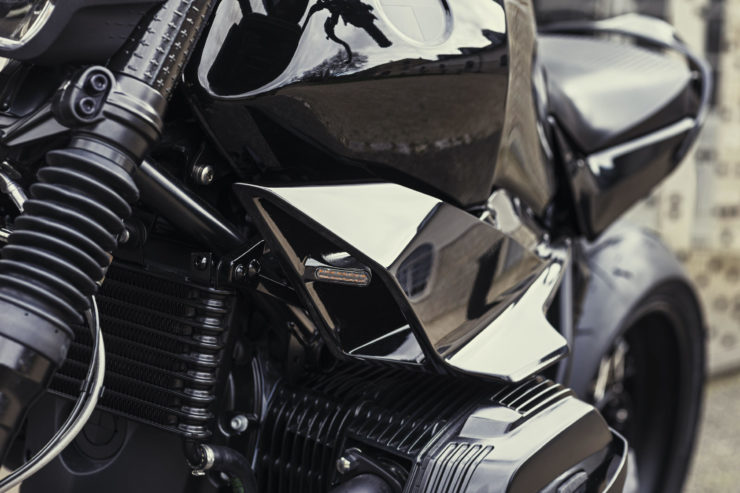 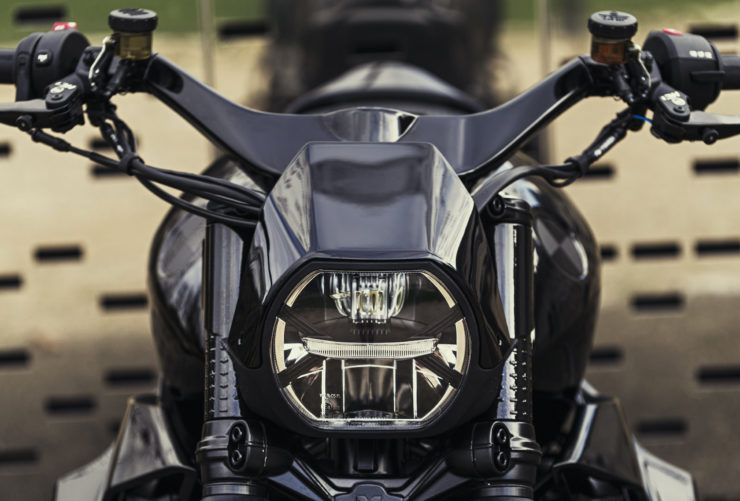 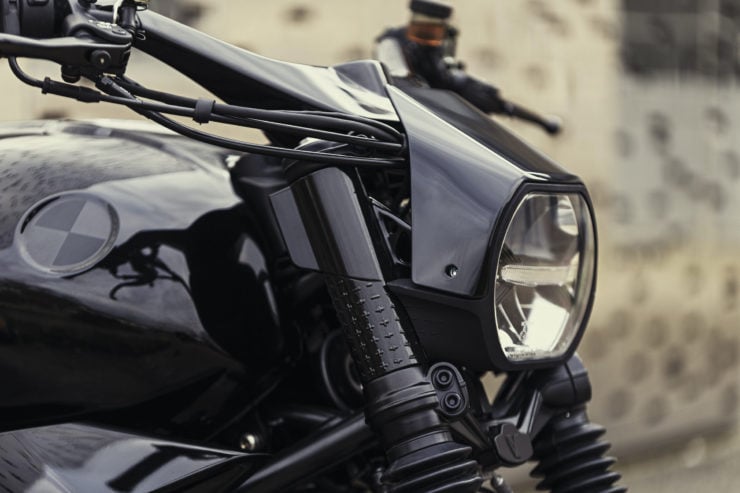 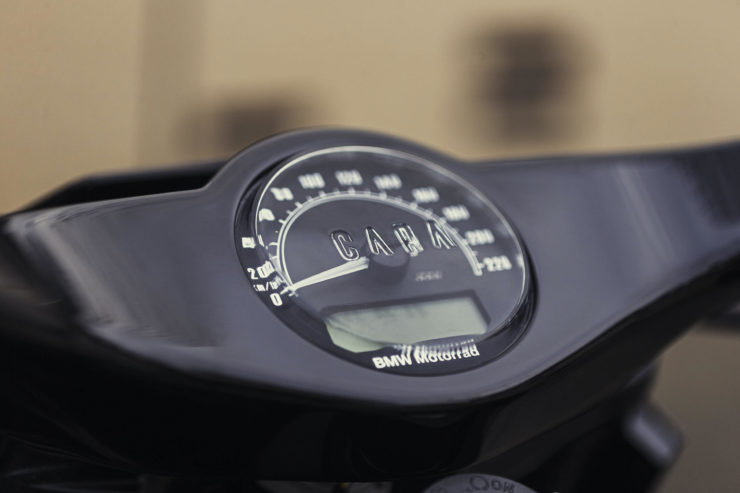 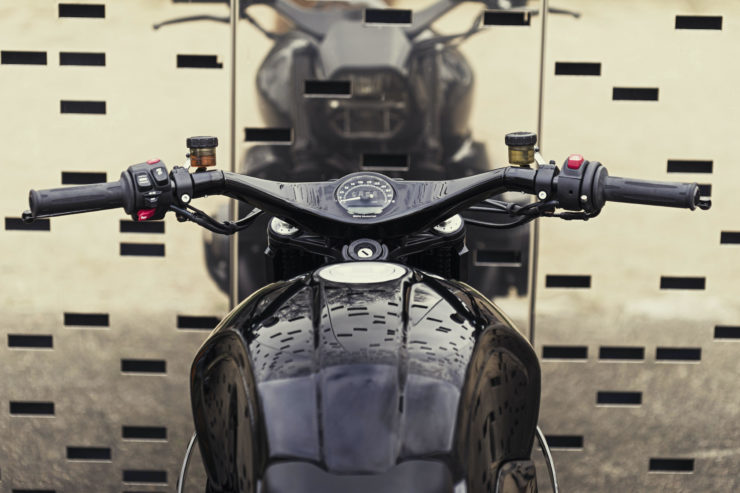 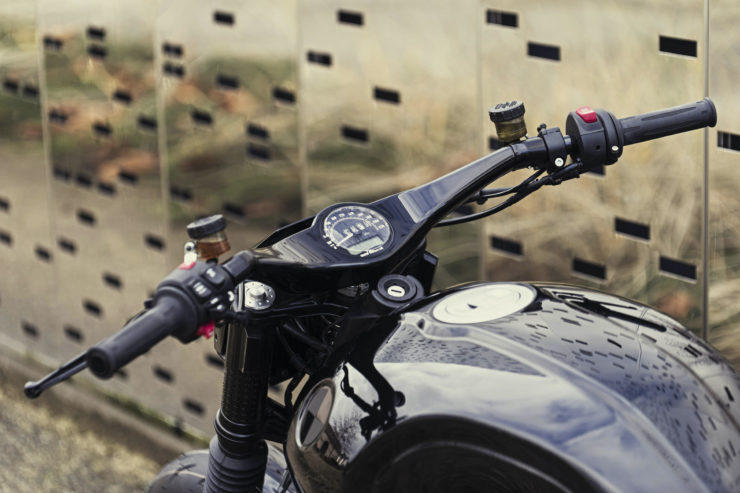 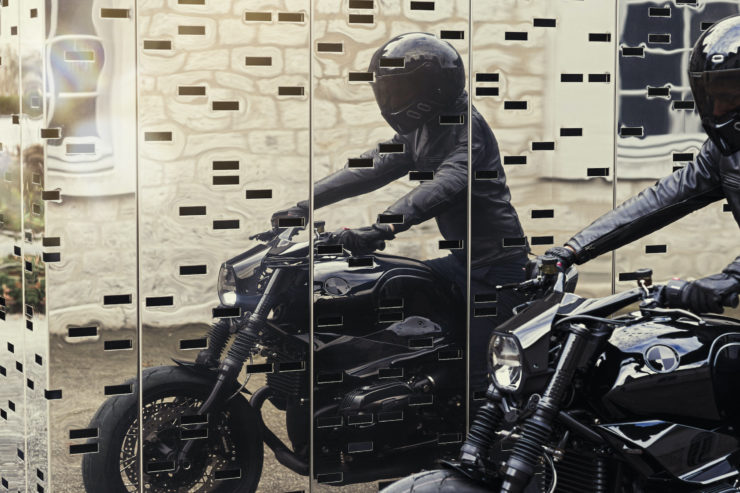 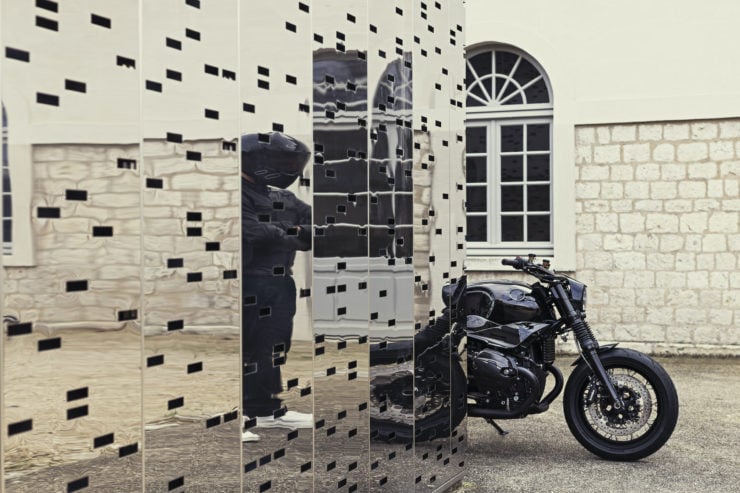 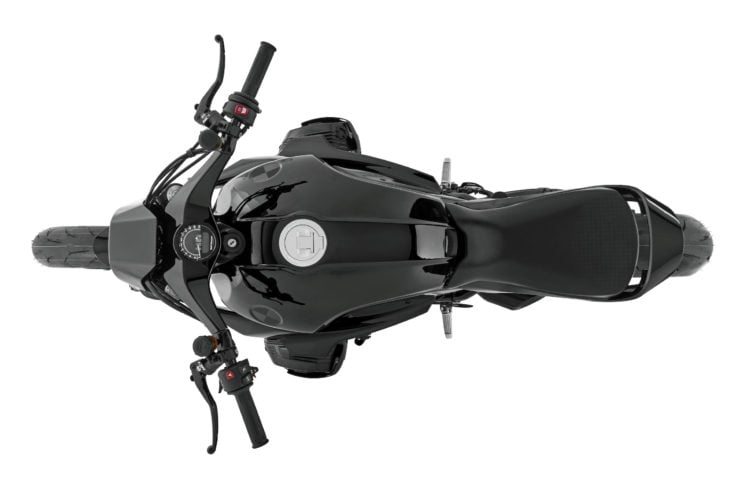 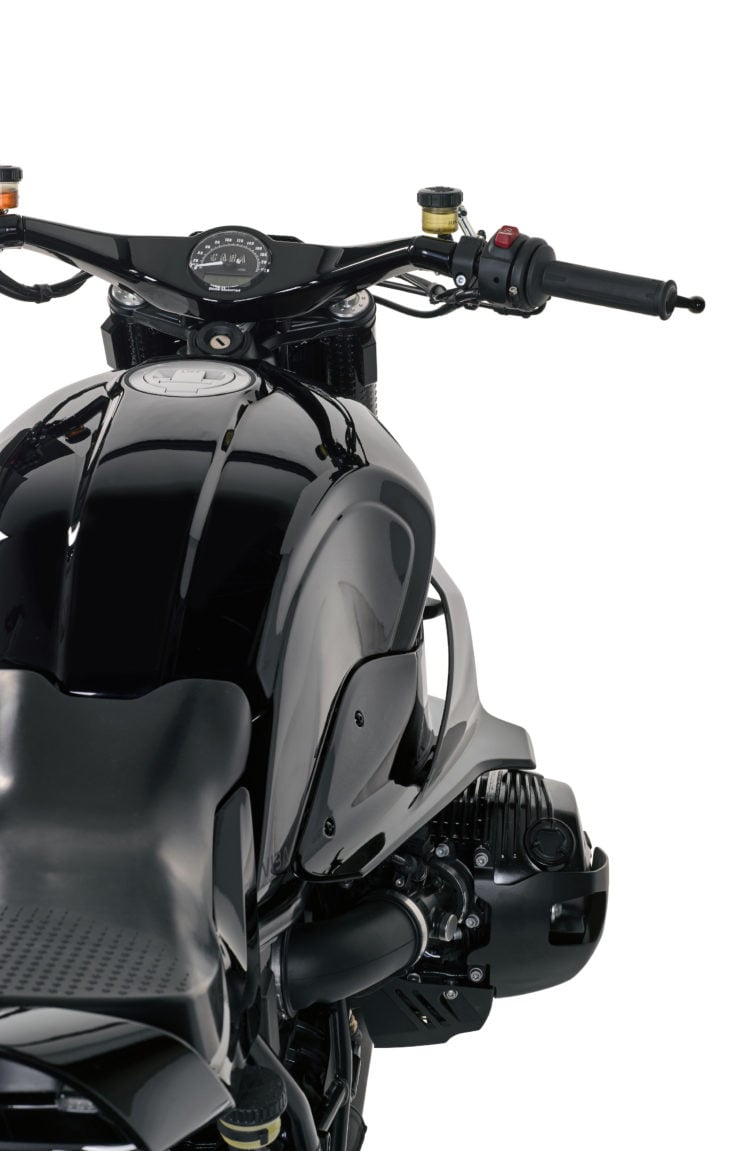 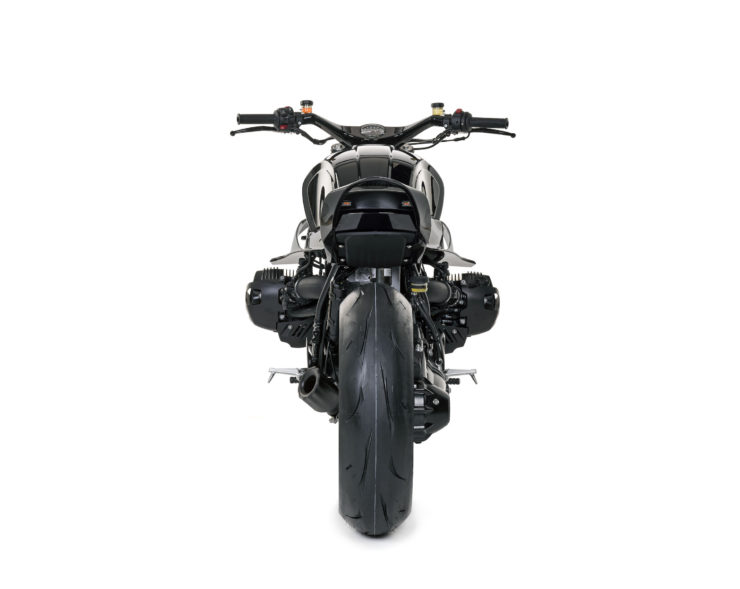 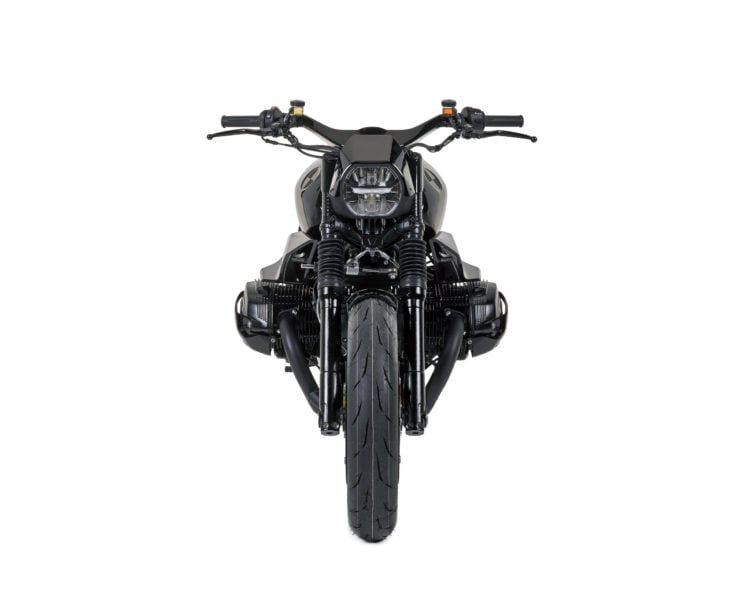 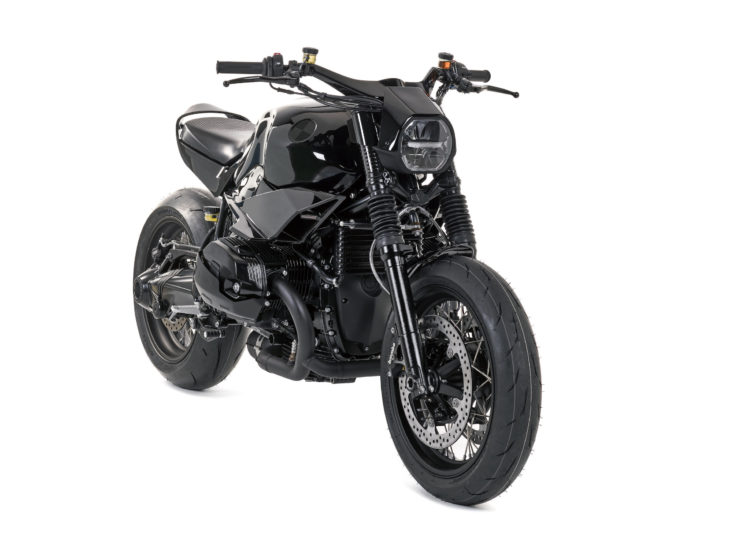 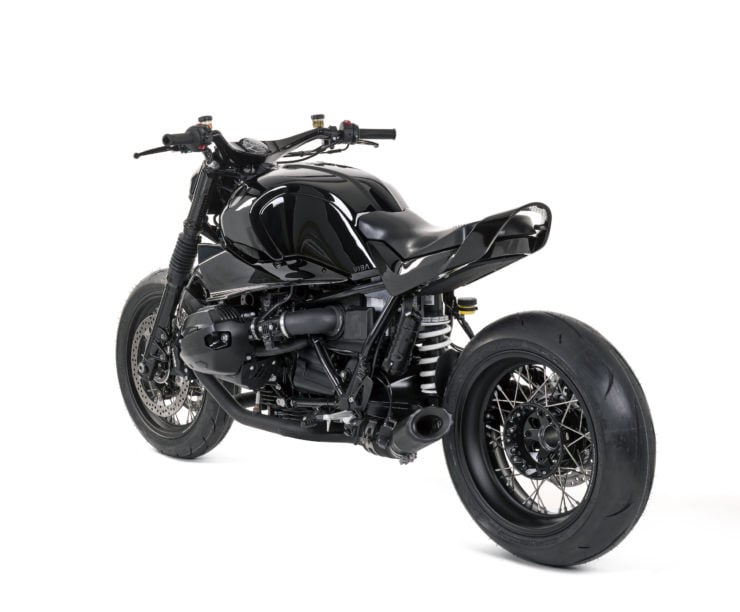 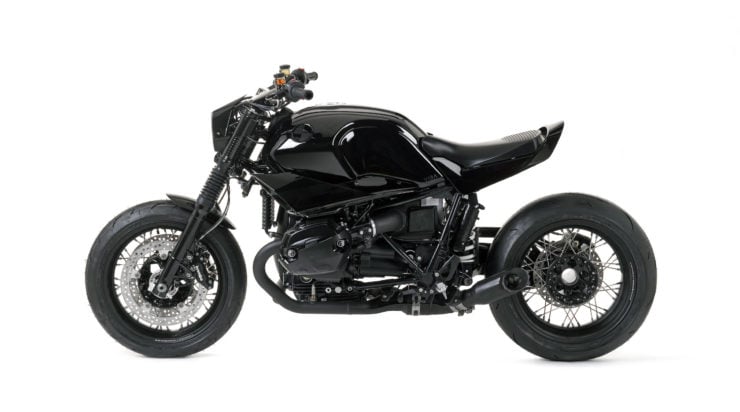 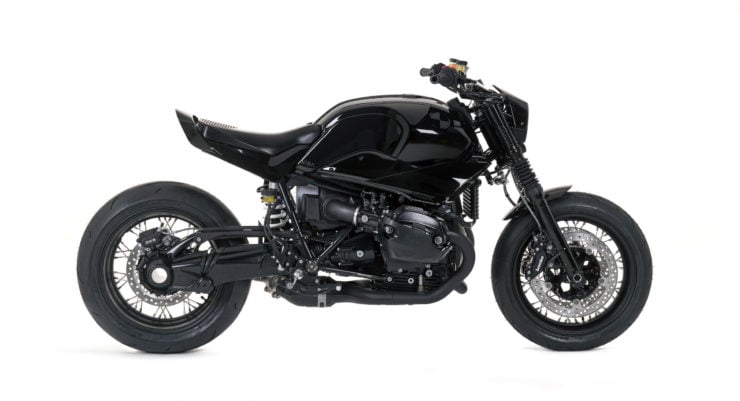 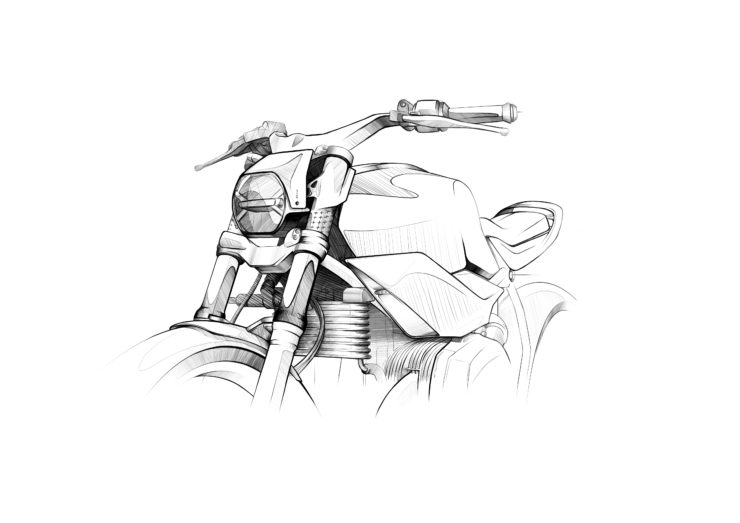 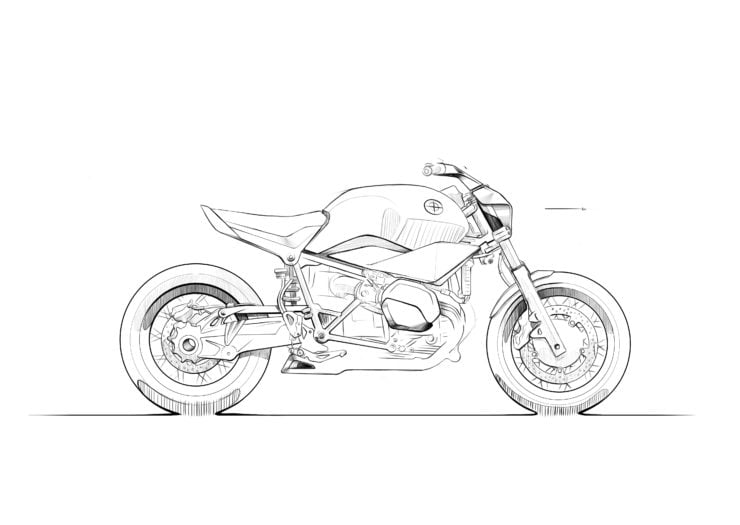 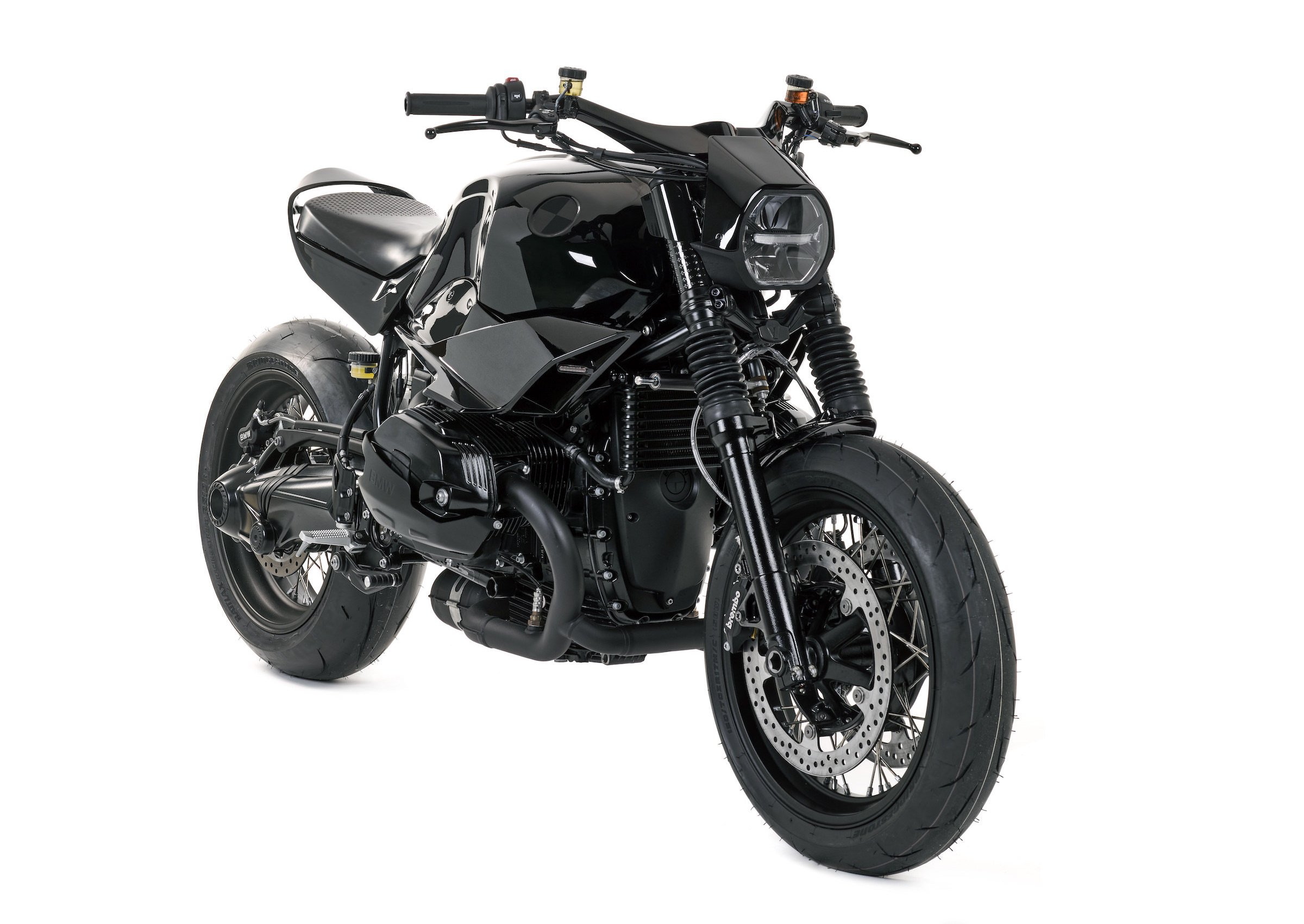 It takes a brave person to customize a new Ducati 959 Panigale, it’s a motorcycle that’s already perfect according to many in the…