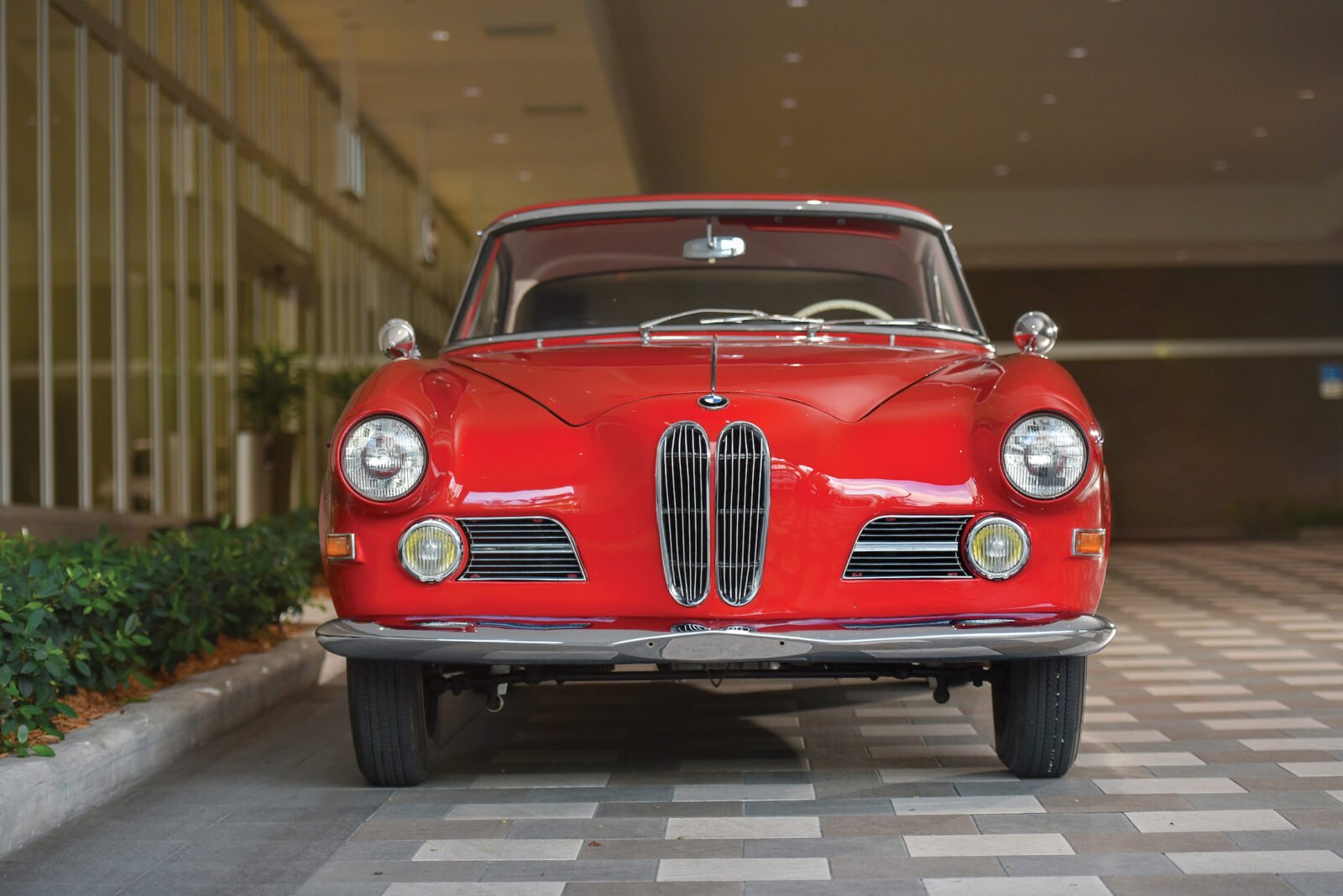 The BMW 503 and its stablemate, the BMW 507, very nearly sunk the German automaker in the 1950s due to the runaway costs associated with their production. Despite the troubles the cars caused BMW, they’re remembered today as amongst the most beautiful designs produced by the marque in the 20th century.

The story behind the creation of the 503 and the 507 is fascinating, the cars were intended to be priced somewhere between the luxurious Mercedes-Benz 300SL and the lower priced sports cars coming out of England like those from MG.

There’s no doubt that both cars would have fulfilled this mission if it wasn’t for the fact that costs ran far over budget, the original goal had been an MSRP of 12,000 Deutsche Marks but the final selling price was an eye-watering 29,500 DM. 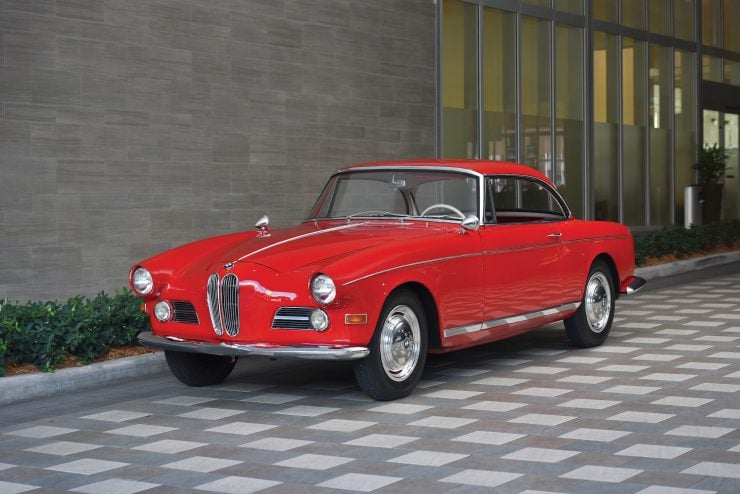 The idea to build attractive sports cars based on the platform of the BMW 501 (and 502) four-door sedan platform belonged to BMW sales manager Hanns Grewenig. He was backed up by requests from Max Hoffman, the influential New York-based Austrian-American auto importer.

The BMW board had seen the success and positive reception enjoyed by the Mercedes 300 SL and 190 SL, and they realised that the Americans would buy German sports cars en masse despite the relative recency of WW2 and the hostilities that had existed between the two countries.

Once the project was green lit, engineer Fritz Fiedler was tasked with developing two sports/GT car platforms using the pre-existing BMW 501 and 502 parts bin to help keep costs down. He developed two chassis, including one with a shorter wheelbase for the 507.

The original design sketches were penned by BMW’s Ernst Loof however when Hoffman saw them he recommended that his friend and Raymond Loewy-protege Albrecht von Goertz send his own design sketches to BMW. Albrecht followed this advice, and BMW hired him shortly thereafter. Whilst at BMW von Goertz would design both the 507 and the 503, both cars that would be acclaimed for their stunning good-looks.

Under the beautifully-styled body, the BMW 503 was powered by the pre-existing alloy BMW OHV V8, with a capacity of 3,168cc (193 cu in). This engine was improved over the unit used in the four-door sedans, with twin carburettors and a much improved lubrication system, now using a chain-driven oil pump.

The engine has a compression ratio of 7.5:1 and produces 140 bhp at 4800 rpm, approximately 30 hp more than the sedate version of the engine used in the sedan.

The car you see here has known ownership history from new with extensive documentation, it’s fitted with desirable front disc brakes, and it retains its factory original interior and date coded wheels.

Just 273 examples of the BMW 503 coupe were built, and only two of those were fitted with the rear jump seat featured on this car. It has history file, service records, and rare factory owner’s manual, and it’s listed as being in exceptional condition throughout.

If you’d like to read more about this 503 or register to bid you can click here to visit the listing on RM Sotheby’s. 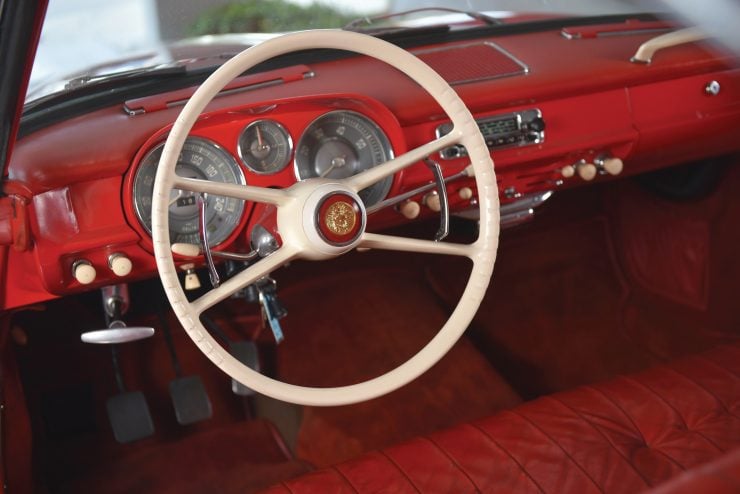 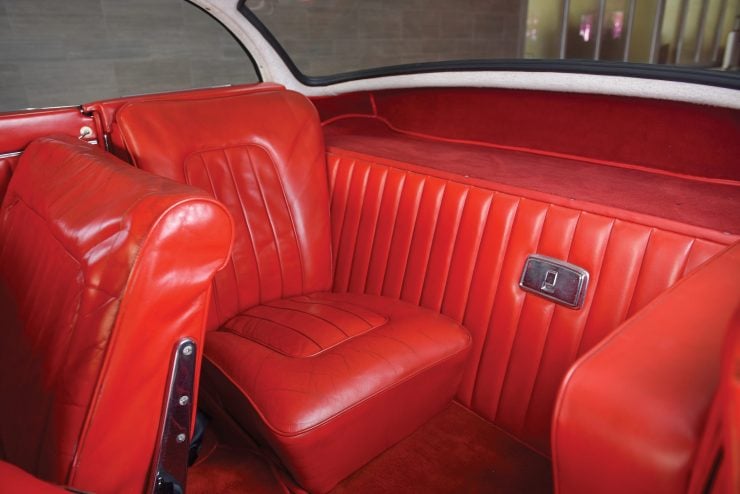 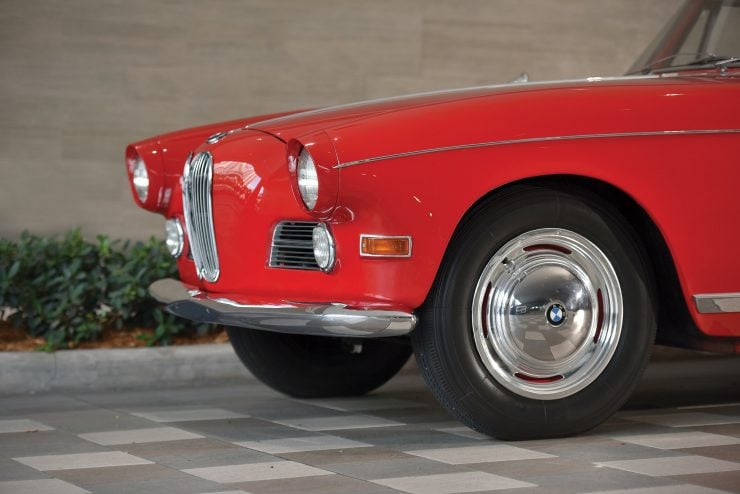 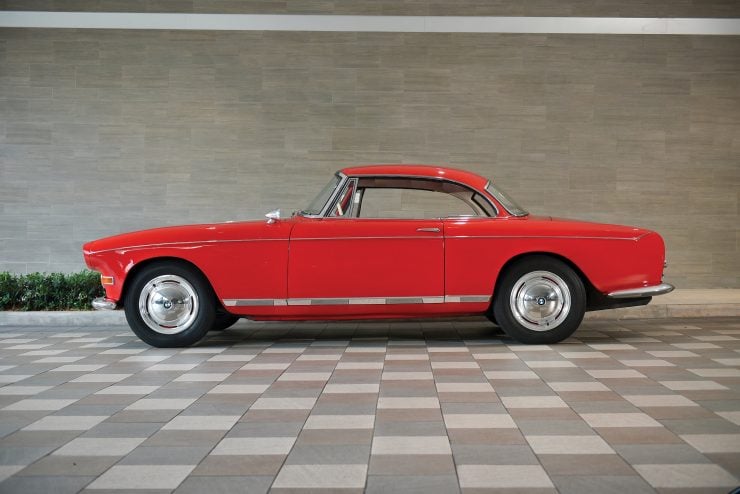 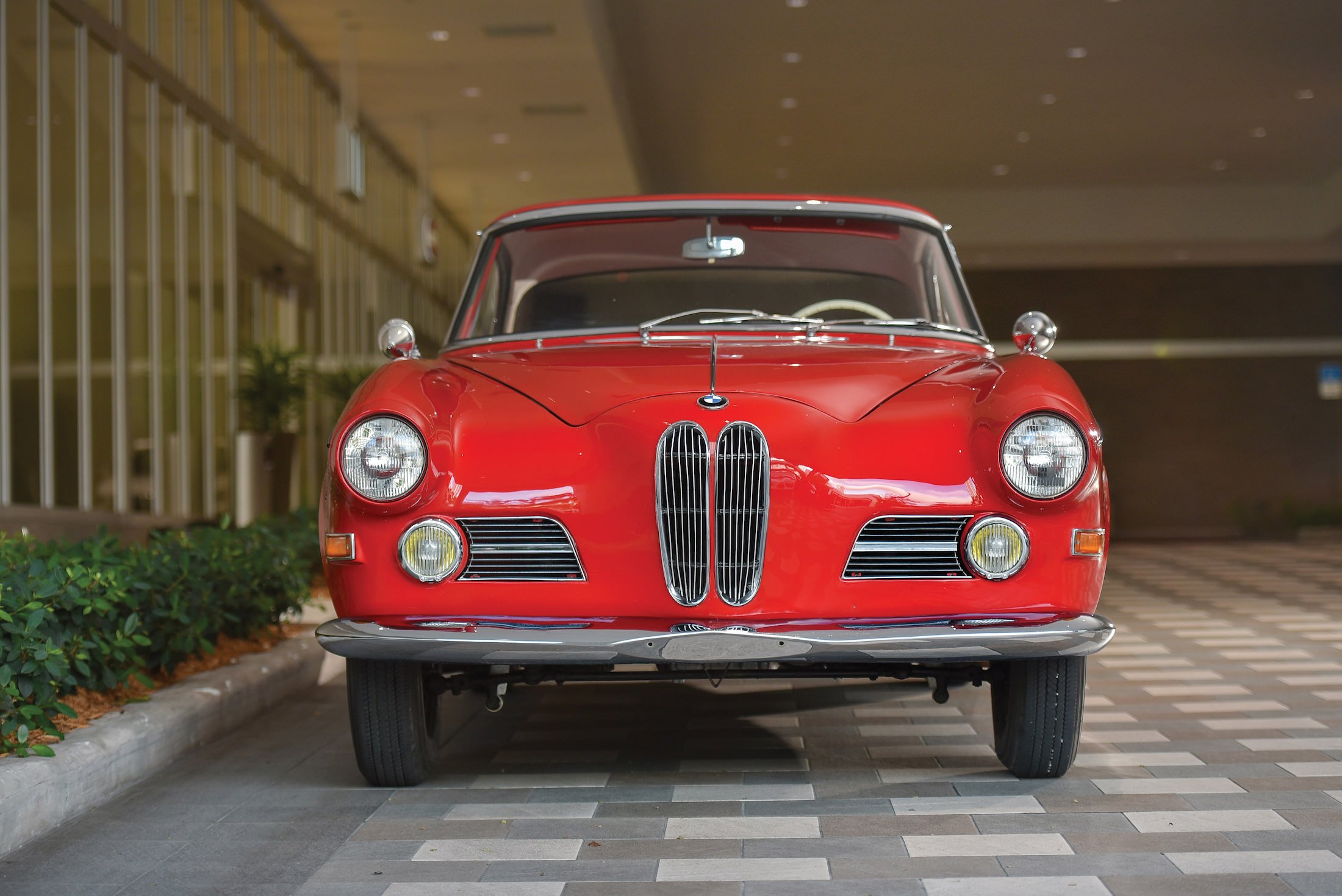 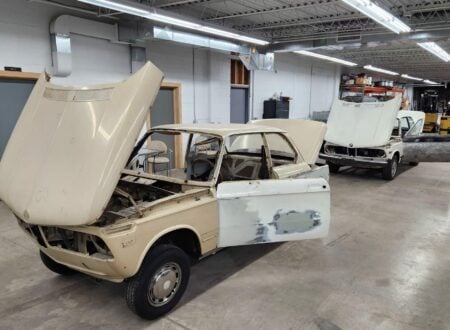 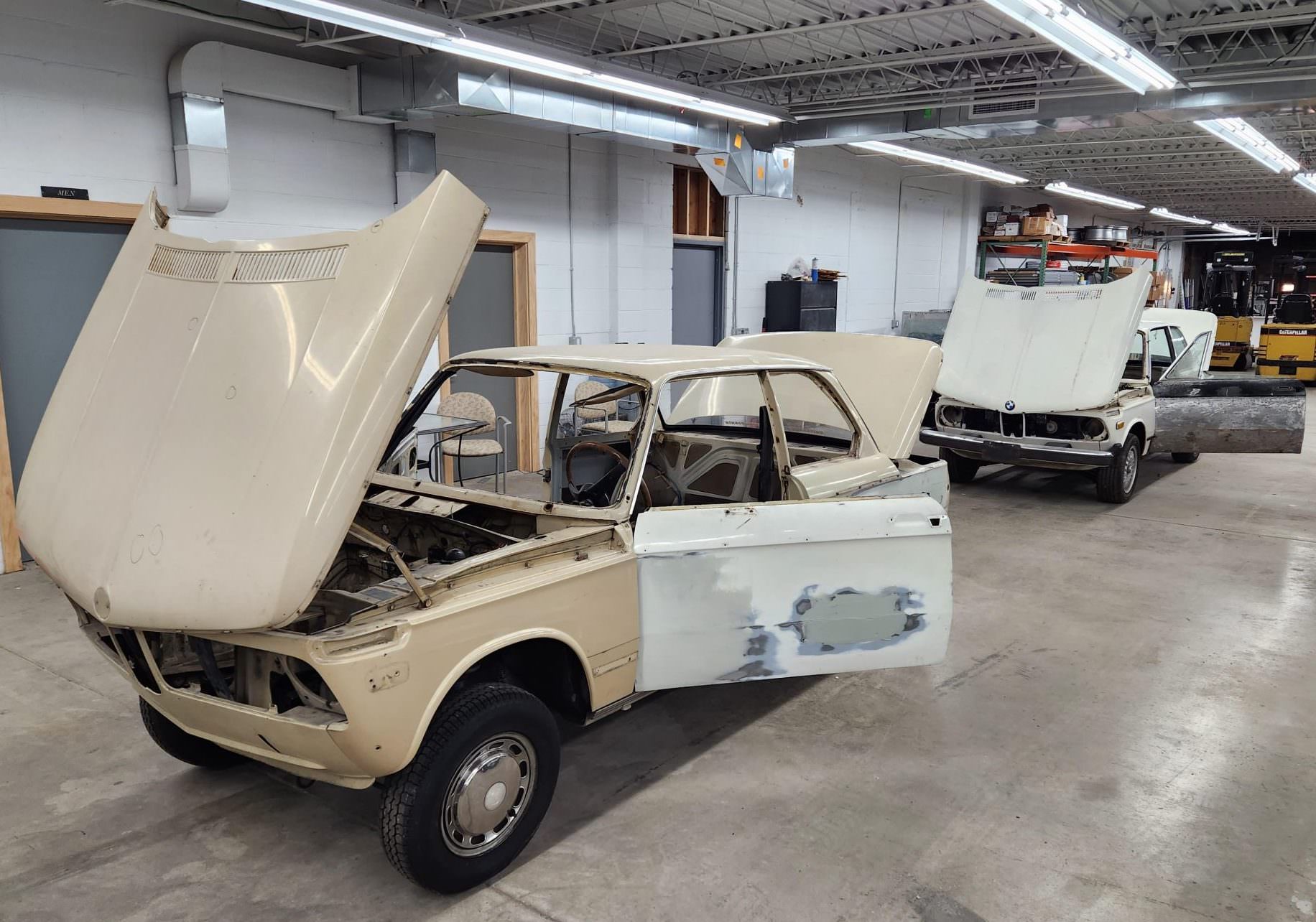