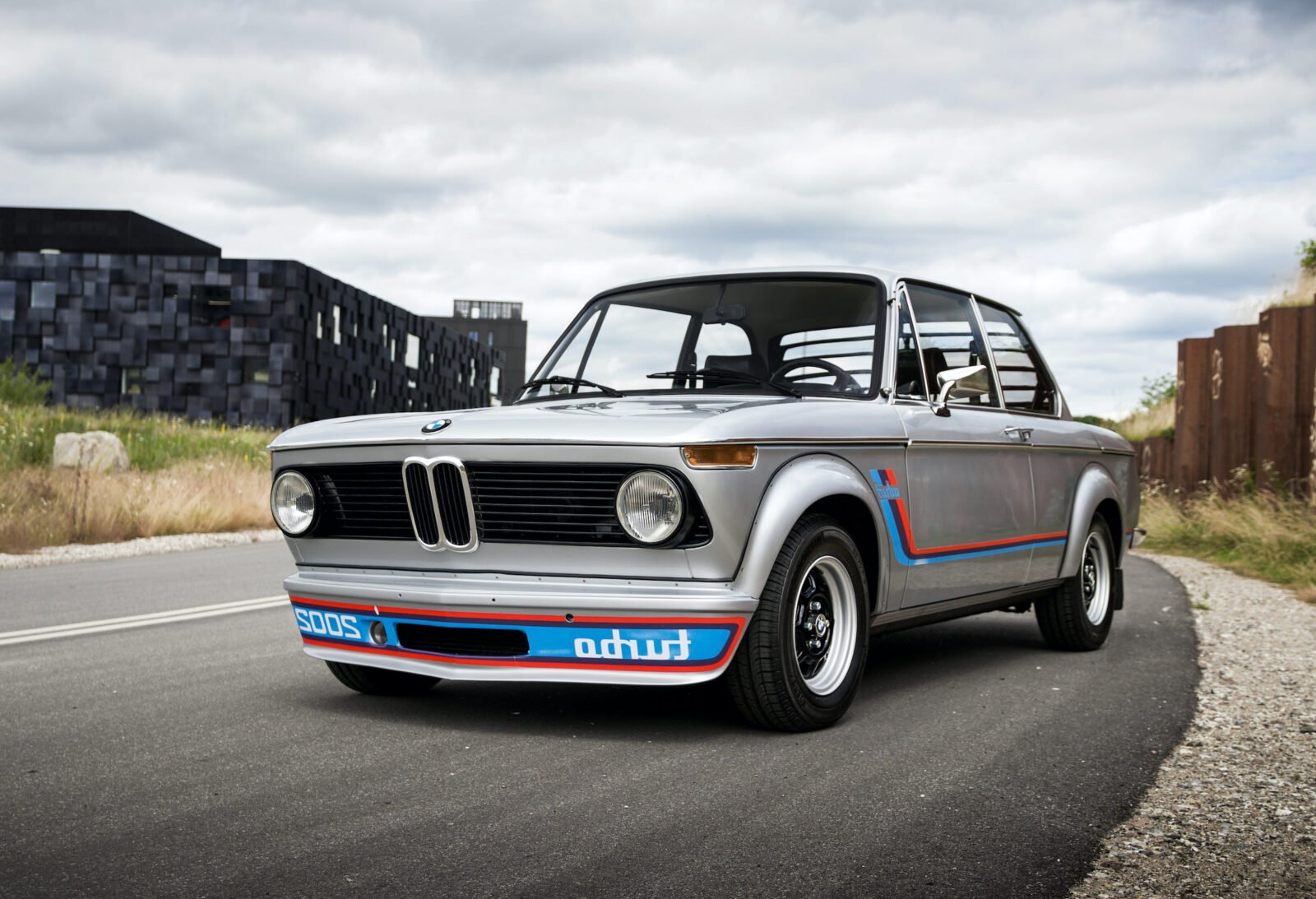 The BMW 2002 Turbo is one of the most revered cars built by the Bavarian automaker in the 1970s and today it’s viewed as a highly collectible German classic – made all the more desirable by the fact that just 1,672 examples were ever built.

Based on the BMW 2002, the 2002 Turbo was BMW’s first turbocharged production car and a sign of things to come. The BMW 2002 picked up the mantle laid down by the BMW 328 in the pre-WWII period and continued BMW’s tradition of offering lightweight sports cars with exceptional handling – however the BMW 2002 added practicality to the recipe which would inspire countless future BMWs. 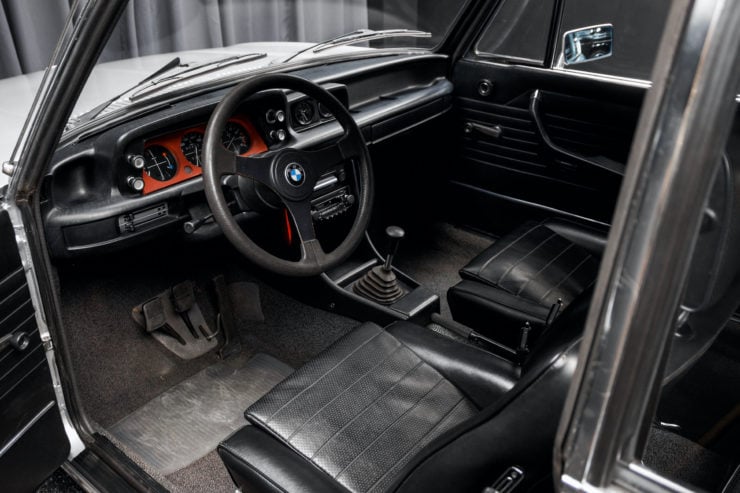 The story behind the creation of the BMW 2002 is fantastic and it’s always worth telling when talking about the car, because the model was created as a result of a remarkable coincidence. In the late 1960s BMW’s director of product planning Helmut Werner Bönsch and the designer of the BMW M10 engine Alex von Falkenhausen had both modified their 1.6 litre BMW 1602s by having the 2 litre BMW M10 engine fitted.

The two men discovered they had both made the same modification while having their cars serviced at the same time and same place, and they both loved the way the larger and more powerful engine transformed the vehicle – turning into a genuine sports car with the practicality of a sedan with seating for 5 and ample trunk space.

As it happens the influential American car importer Max Hoffman was asking BMW to build a vehicle like the BMW 2002, so when Bönsch and Falkenhausen approached the BMW board of directors with a proposal to build a production version of the 2002 it was quickly approved.

The new BMW 2002 went into production in 1968, it proved successful and sold hundreds of thousands of units over the course of its production run which came to an end in 1975. 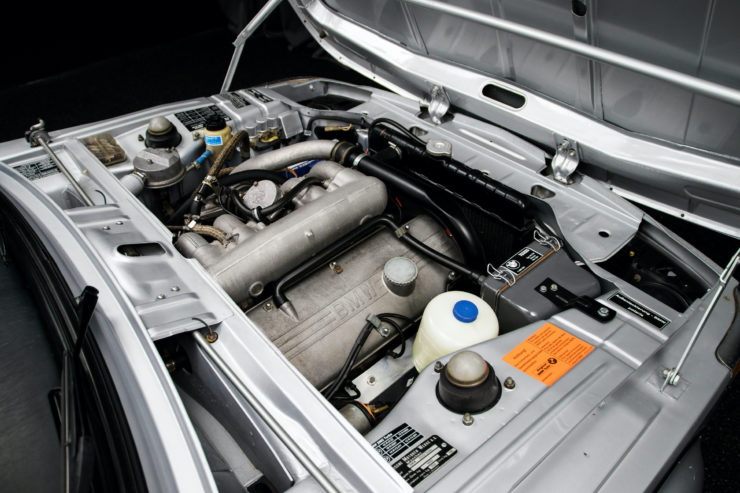 In 1973 BMW released the 2002 Turbo, a highly modified 2002 with flared wheel arches, a front air dam, a rear spoiler, and a decal kit that initially included a reversed “2002 Turbo” script on the front air dam so people in front knew what was about to overtake them.

BMW launched the 2002 Turbo at the 1973 Frankfurt Motor Show where it caused quite the stir thanks both to its purposeful looks and the fact that it was the first turbocharged BMW. The car was fitted with a 2002 Tii engine that had a KKK turbo, Kugelfischer mechanical fuel injection, and a lowered compression ratio of 6.9:1.

The Oil Crisis had sweeping implications for the automobile industry, suddenly high performance cars seemed like a terrible idea and the BMW 2002 Turbo paid the price with less than 1,700 sold before production ended. 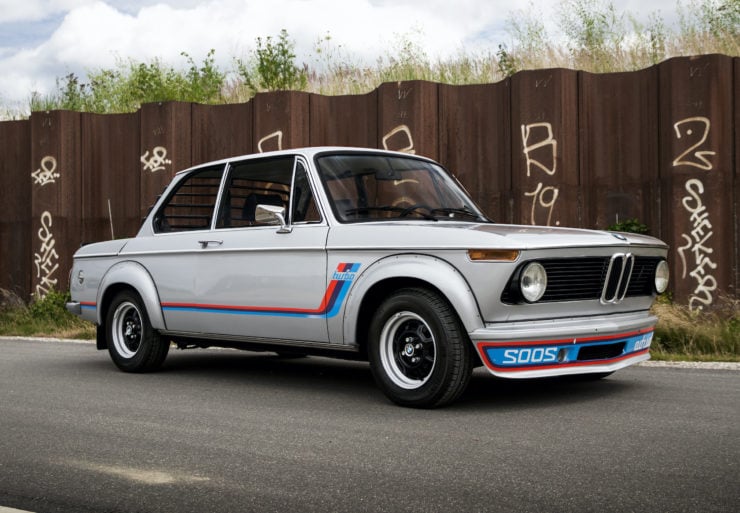 Today the 2002 Turbo is seen as an important high-water mark for BMW in the 1970s and a precursor of things to come.

The 1974 BMW 2002 Turbo you see here was delivered new to Sweden where it would spend the overwhelming majority of its life, with one owner keeping it for 34 years. The vehicle has had a restoration in recent years including a full repaint and an engine-out service, and it retains its matching numbers engine.

If you’d like to read more about the car or register to bid you can click here to visit the listing on RM Sotheby’s. It’s due to be sold at the European Summer Auction and the price estimate is €90,000 to €110,000. 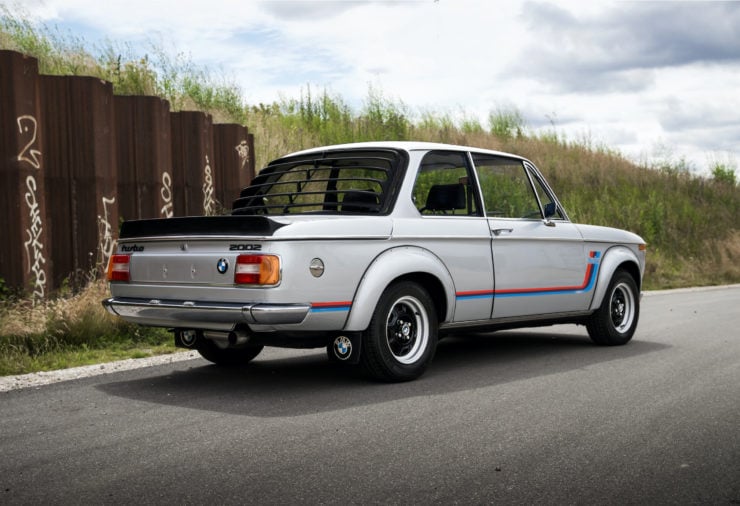 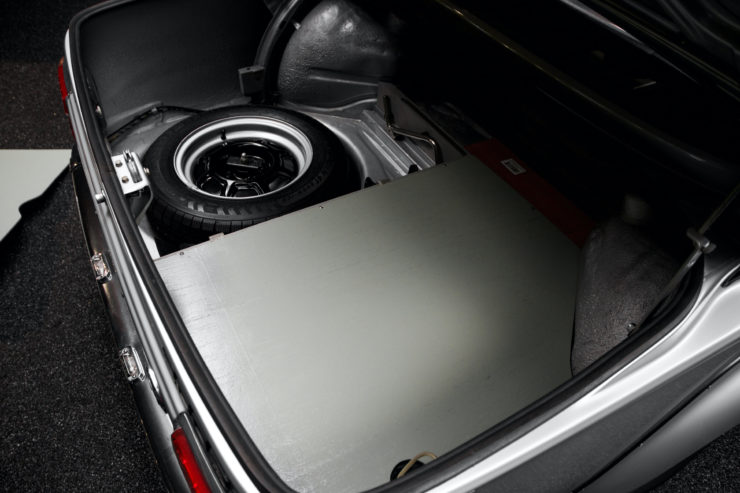 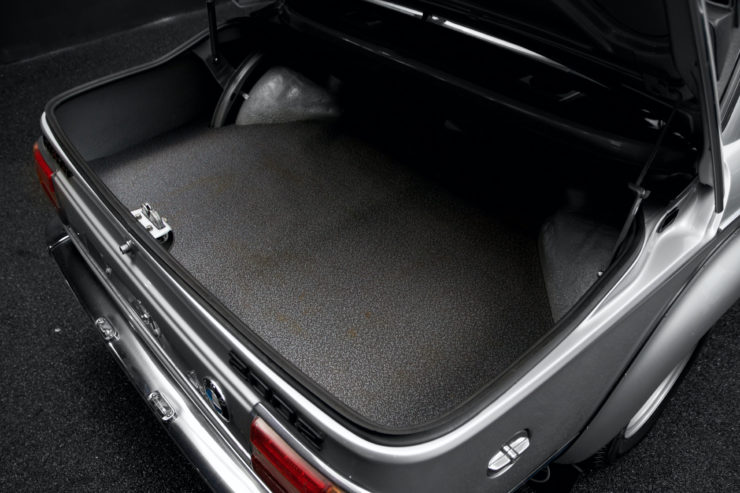 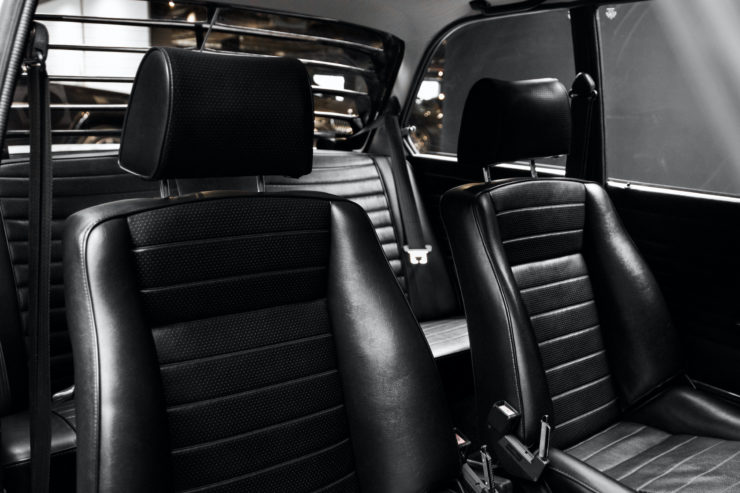 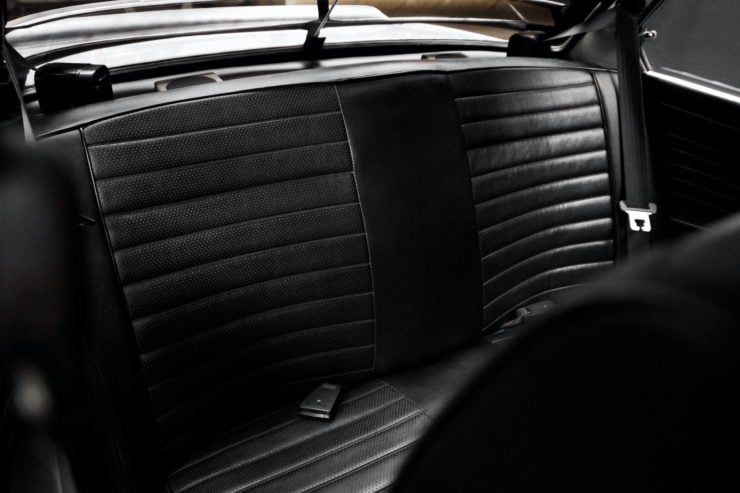 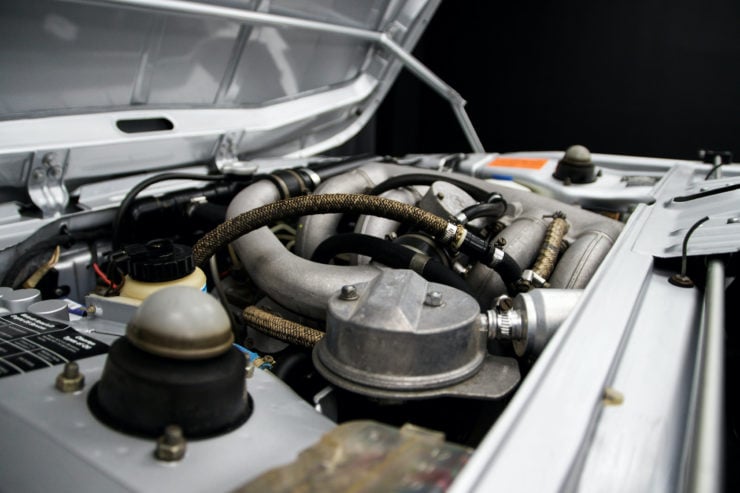 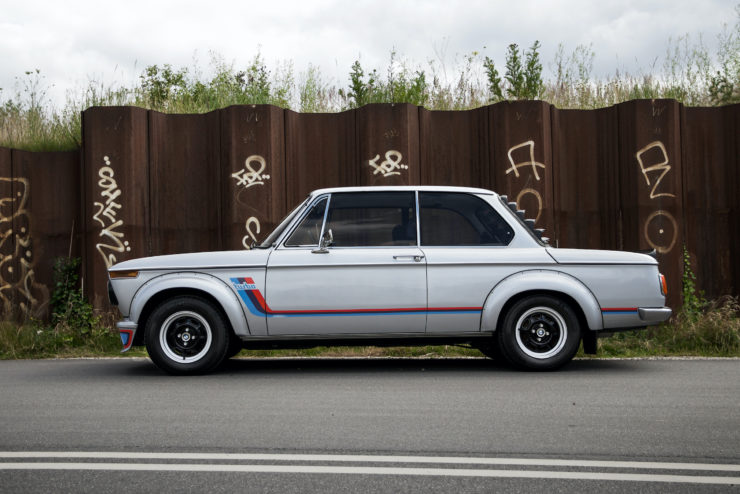 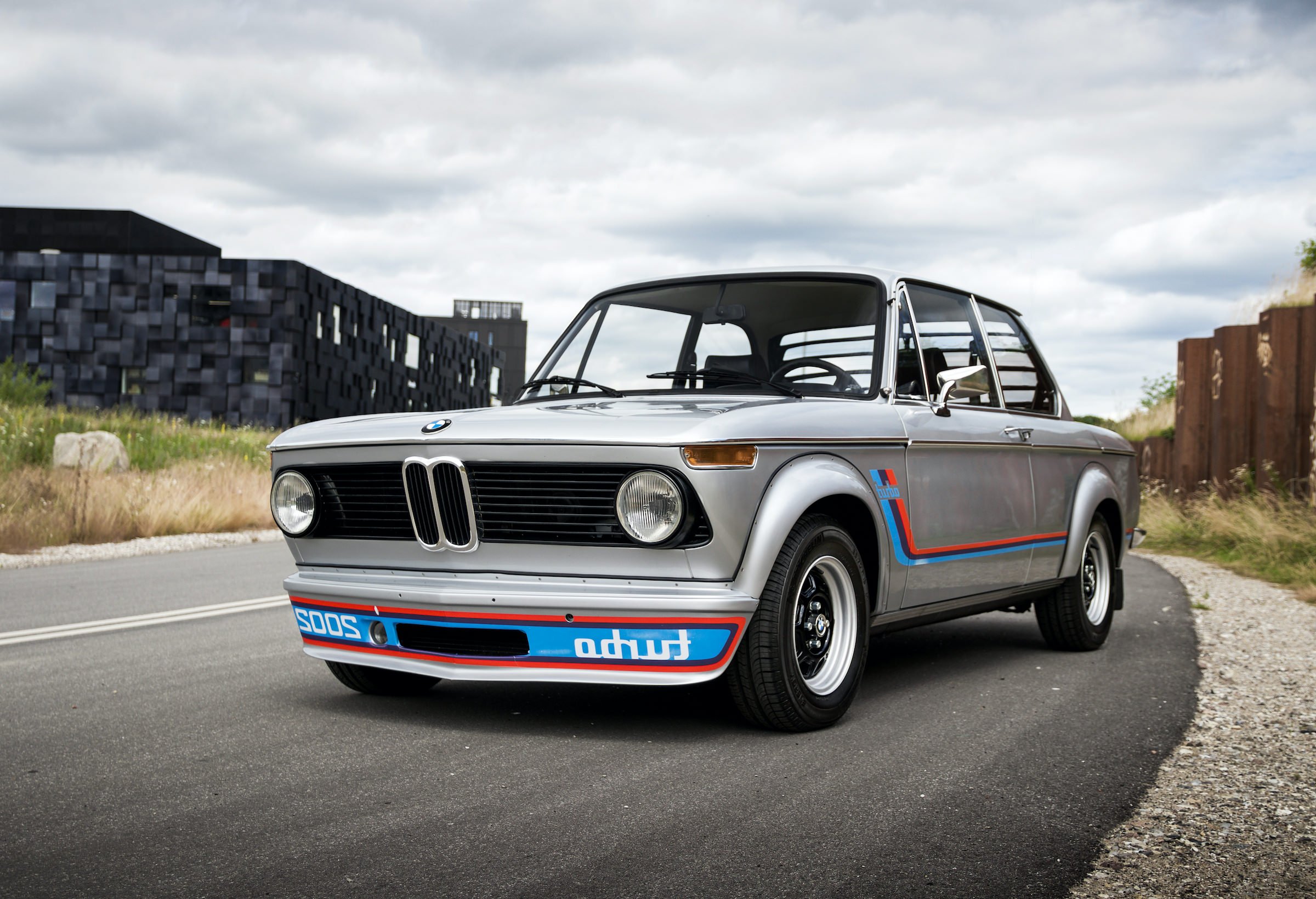