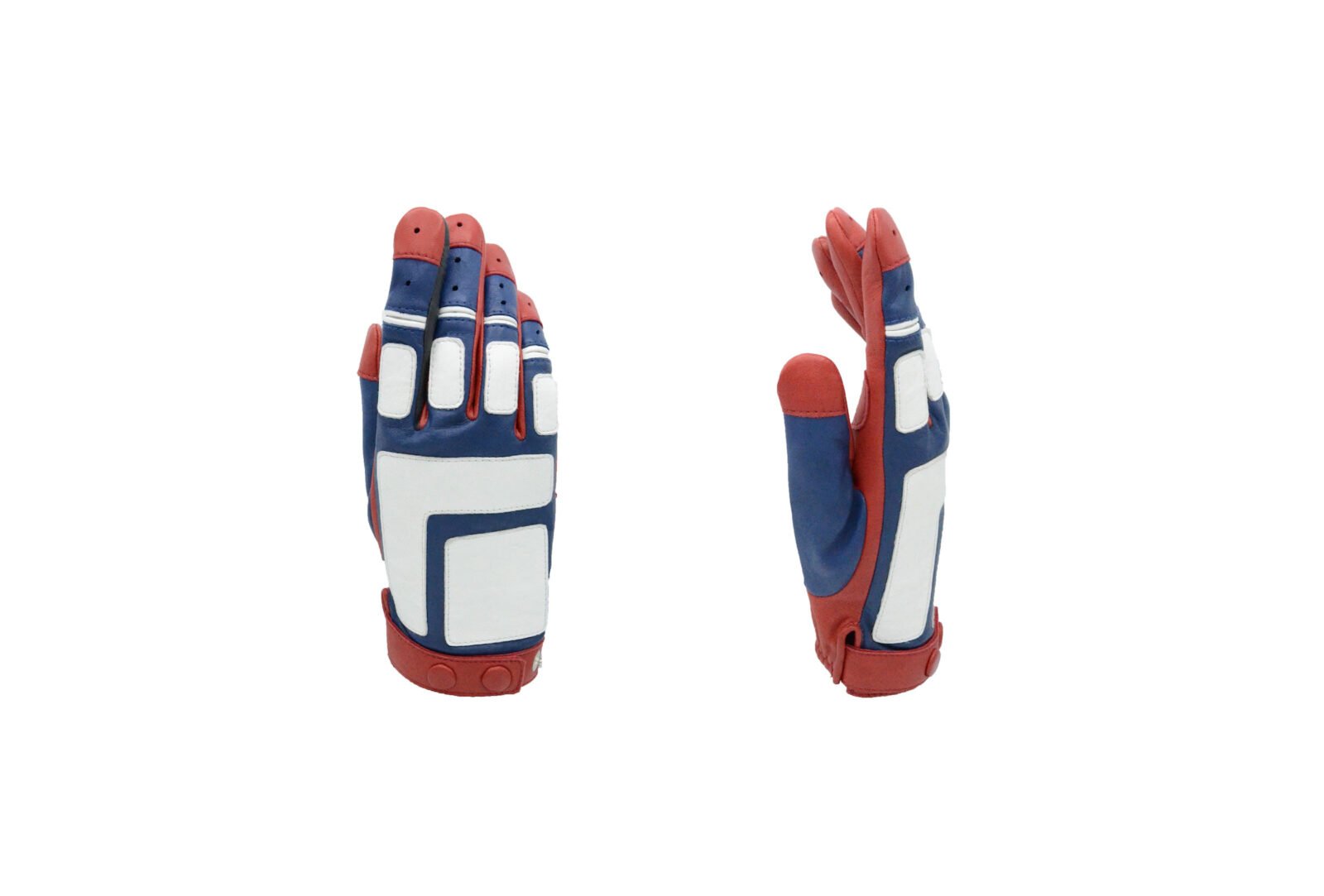 The new Blitz BMX Motorcycle Gloves have been designed to evoke the styling of the gloves worn by BMX racers in the 1980s – specifically the iconic JT Racing gloves.

Many of us who were kids in the ’80s spent many hours after school and on weekends piloting our BMX bikes on various adventures around our neighborhoods, and some raced their bikes on dedicated tracks, wearing colorful jerseys and pants, helmets, boots, and of course, gloves.

Fred and Hugo, the founders of Blitz Motorcycles in France, were BMX kids in the ’80s too. Hugo is now an avid flat track competitor on a Suzuki DR650 racer they built in their hidden workshop behind an unassuming shopfront in Paris, and when getting kitted out with protective gear he realized that he had everything he needed except a pair of suitably ’80s leather motorcycle gloves.

The two men researched relentlessly and realized that no one was making them, so they arranged to meet with Sophie Grégoire – the CEO of Agnelle, a Parisian glove maker founded in 1937 by a lady, and run exclusively by women ever since.

The two teams joined forces and developed a series of prototypes, designs were honed, and the production gloves were finalized.

Each pair is made from lambskin due to its naturally bacteria-resistant qualities (thanks to its high lanolin content), and linked with silk, chosen as it has natural moisture wicking properties, is long-lasting, and hypoallergenic.

The finger fronts and backs have perforations to allow good ventilation, with accordion sections on the finger backs, and an elastic/press-stud closure. There are a series of colorways available, 4 sizes, and they have touchscreen capable fingertips to allow you to use your phone, GPS, or other devices without having to take them off. 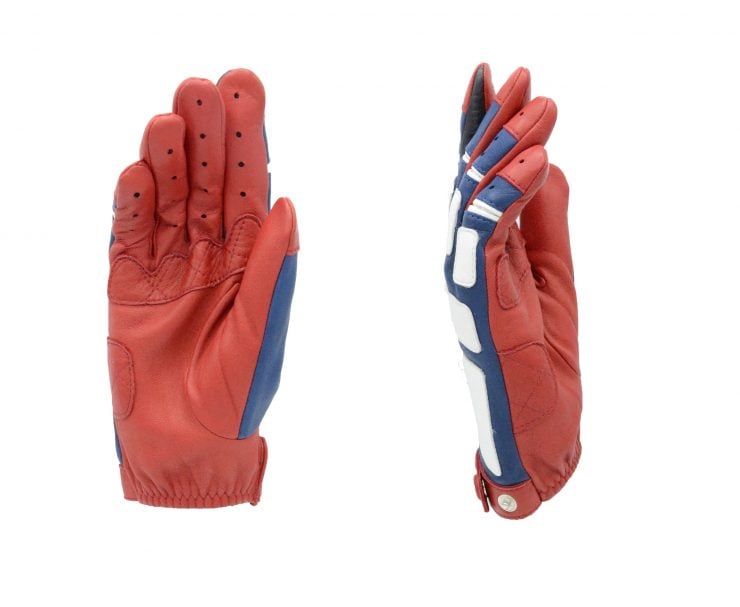 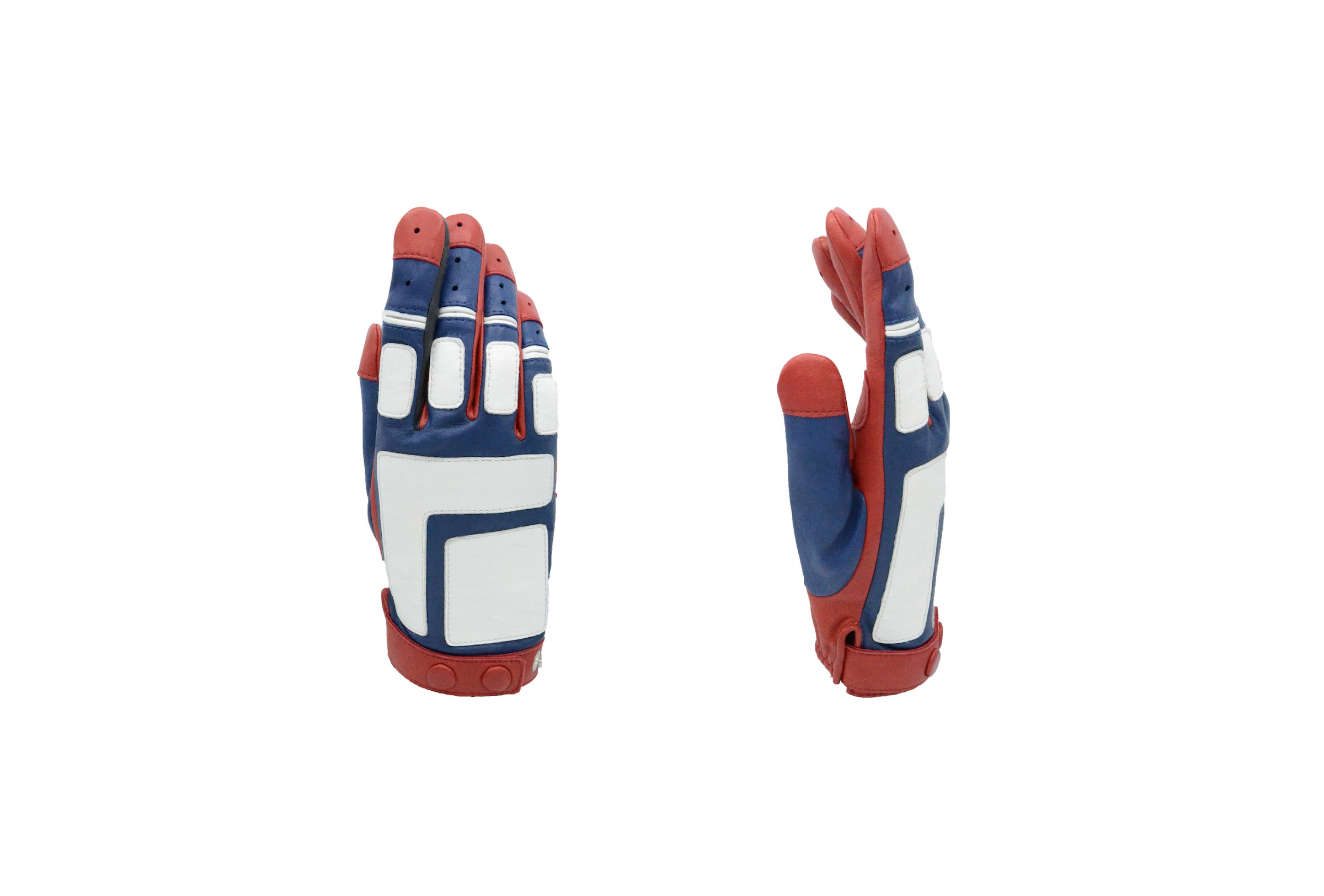