This 10 minute films shows the process of building an engine from scratch, including the casting process, machining, final assembly, and the completed motorcycle’s first test ride. It’s an interesting look into how motorcycle (and car) engines were painstakingly built back in the early days of motoring, every step of the process involved highly-skilled machinists, metal workers, engineers, and assembly linesmen.

The motorcycle being built here is a 500cc Rover 3½ hp, with spring-loaded tappets, a Bosch magneto, a Brown and Barlow carburetor, a Dunlop final belt drive, Dunlop heavy duty tires, a Druid Type spring fork, and a sprung leather saddle. Depending on the year, it may also have been fitted with a Sturmey-Archer 3-speed gearbox.

Rover originally started out making bicycles in 1896, then added motorcycles in 1902, before switching to full-time automobile production in 1924.

It’s worth watching this film to the end if you have time, as the road-testing procedures included jumping the brand new motorcycles over bridges, racing them on dirt roads, and attempting high speed river crossings (with mixed success!). 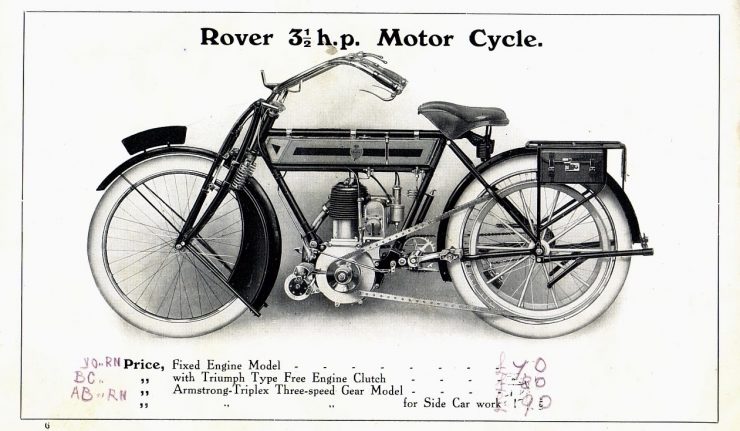 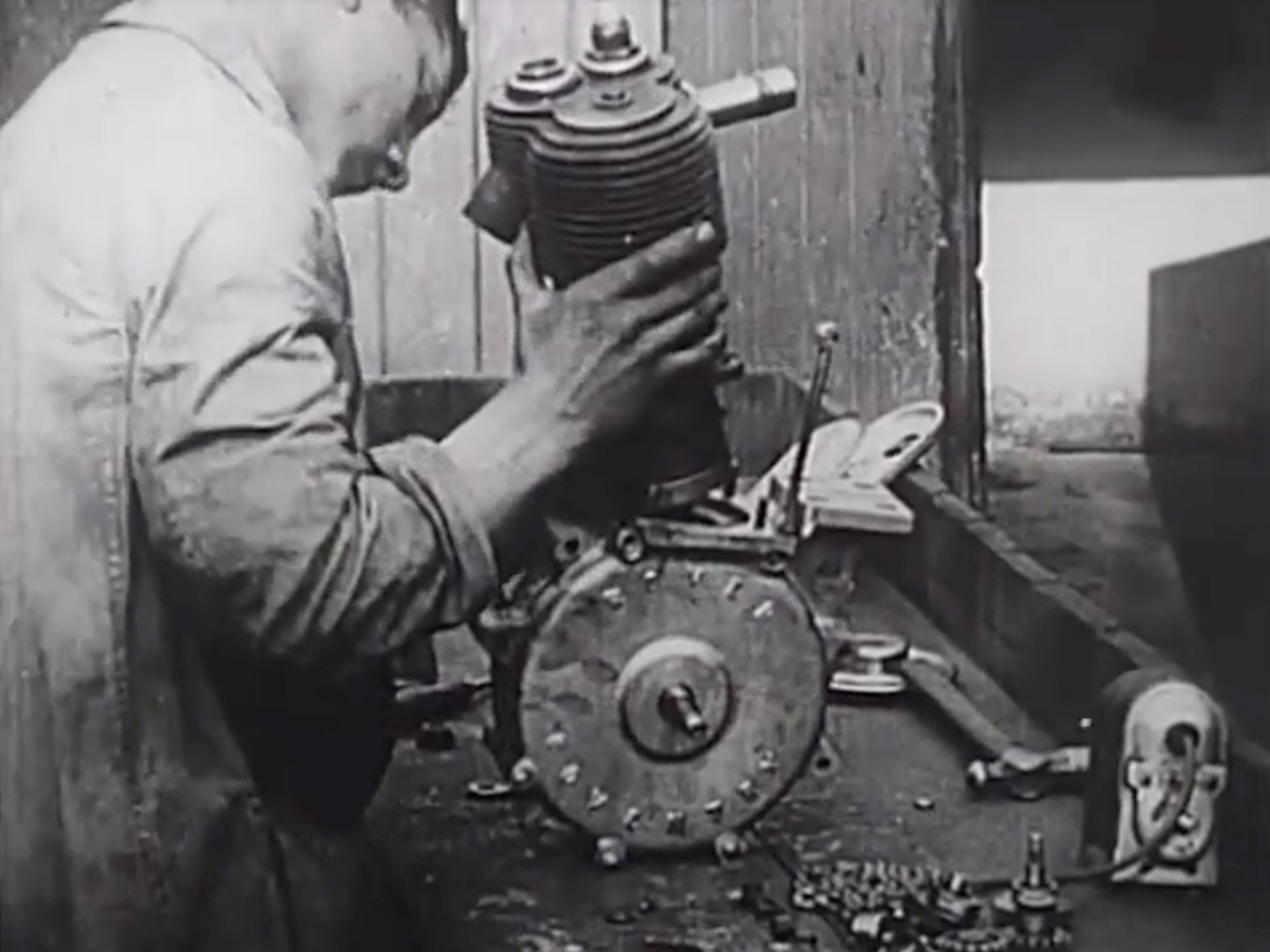