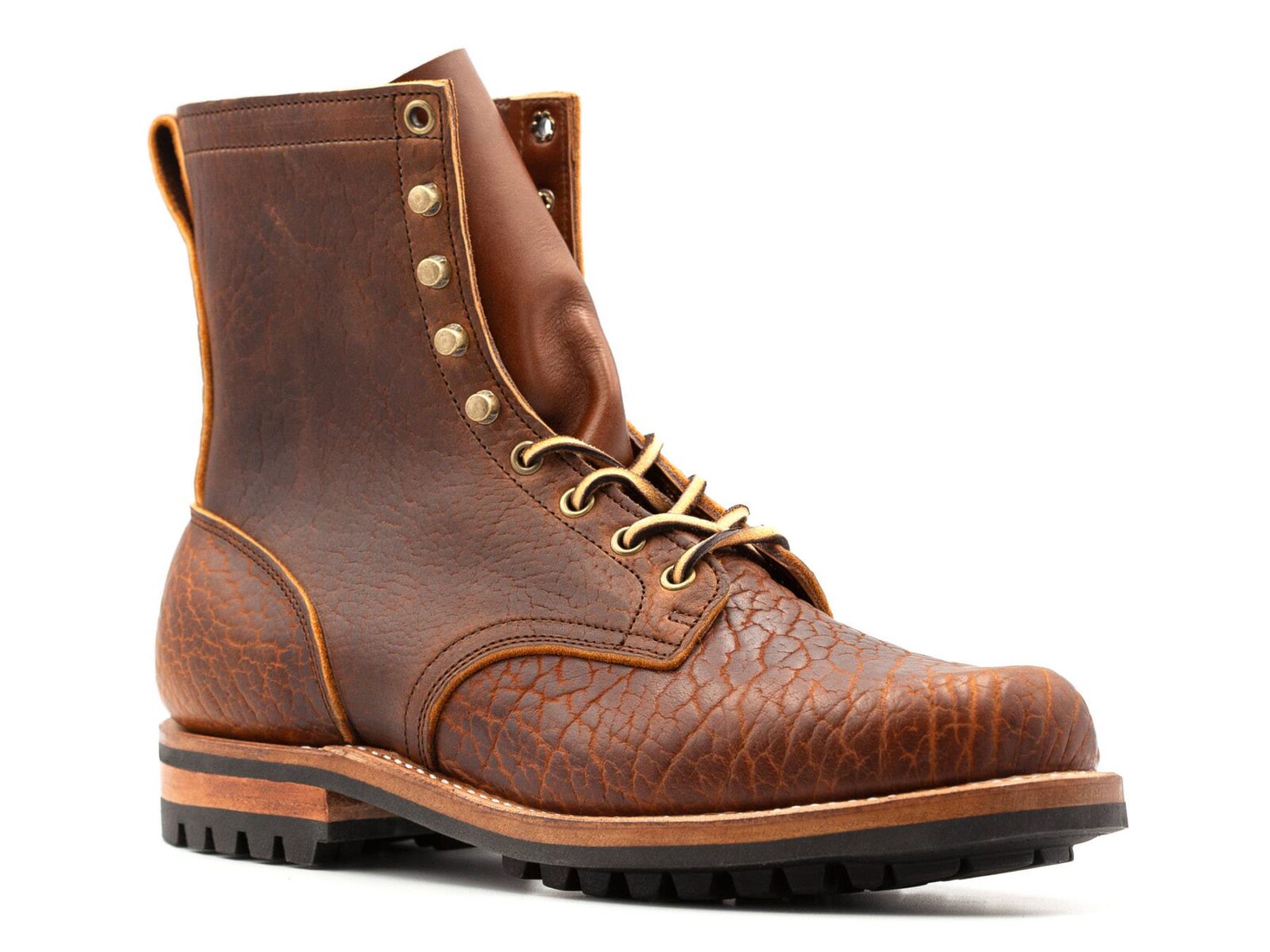 This is the Bison Leather Upland boot by the Truman Boot Co., each one is made by hand in the United States from American Bison leather sourced from Law Tanning – an 85 year old tannery that supplied leather for boots and gloves during WW2.

Bison leather is prized for its durability, it’s thicker than regular cow leather and it has unusual deep grain patterning that give it its distinctive look. Due to its thickness bison leather is exceedingly durable and it’s becoming increasingly popular for use in boots.

The team at the Truman Boot Co. originally founded the company in rural Pennsylvania, as they grew they moved to Colorado, then finally to the Pacific Northwest where there is no shortage of experienced American boot and shoe makers. 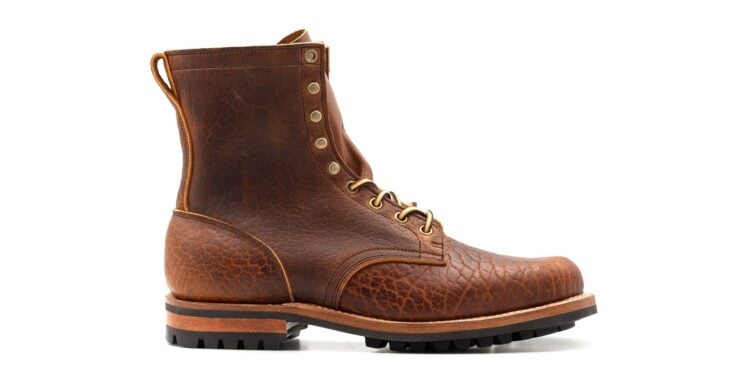 All boots made by Truman are made using Goodyear welted construction, meaning they can be resoled multiple times to extend their use for many years into the future.

The boots you see here are the Cognac Shrunken Bison leather boots, it’s one of Truman’s first releases working with leather from Law Tanning in Milwaukee, and it’s being offered in sizes from 5 to 14 with a sizing chart on the website to ensure you get the right fit first time.

Each pair of these boots has a pull tab to help you get them on easily, a Goodyear 270 flat welt with a Commando sole, antique brass hardware, four eyelets and four speedhooks with a top eyelet. 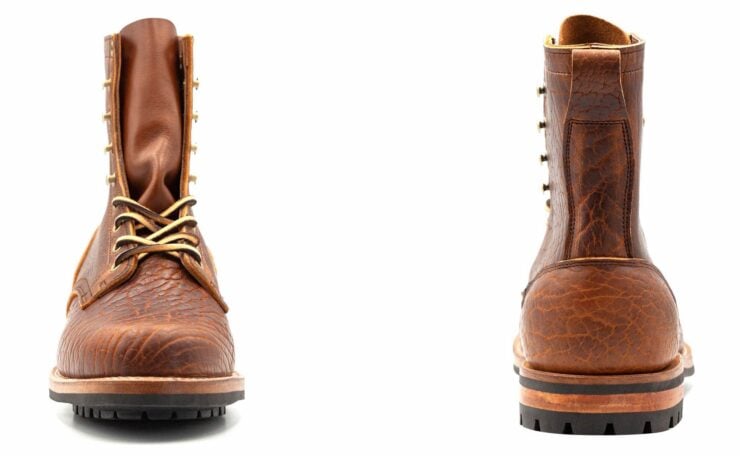