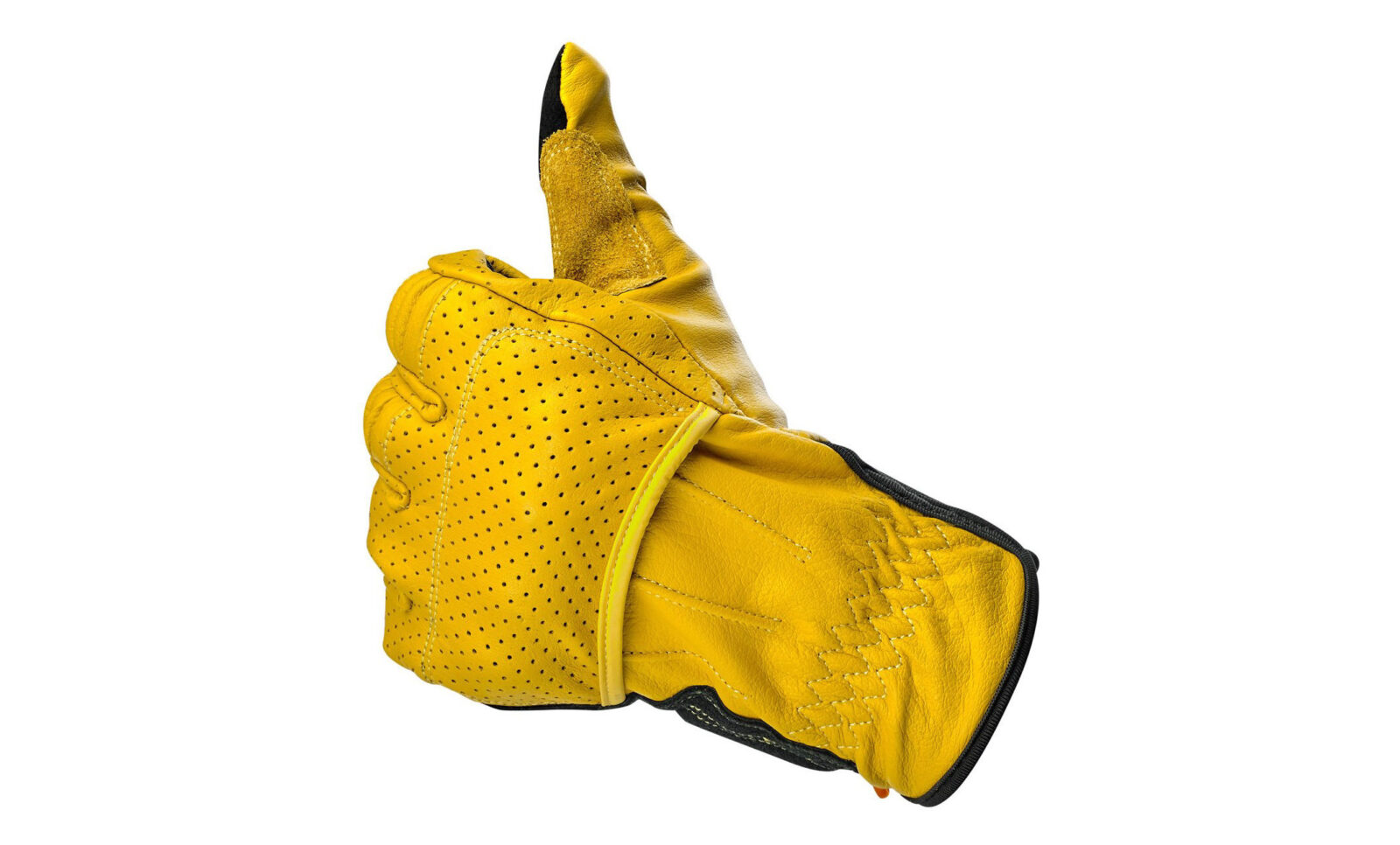 The Biltwell Borrego Gloves are the first from the American company that meet the strict European CE 89/686 safety standards for motorcycle use.

Each pair of Borregos has a 100% cowhide leather chassis for excellent wear and abrasion resistance, a perforated back and palm for excellent breathability, a double layer leather palm for added abrasion resistance, accordion sections on the fore and middle fingers for reduced bunching, and a moisture-wicking fleece Lycra half liner inside for breathability and comfort.

Biltwell have made a name for themselves developing classical-styled motorcycle gear with a strong focus on function. The team at Biltwell are all avid motorcyclists themselves, and they use their own products on a daily basis – which helps them continually improve and evolve their gear.

Importantly for any motorcycle glove in the 21st century the Biltwell Borregos have touchscreen-friendly thumb and finger tips, allowing you to use your GPS, smartphone, and other touchscreen devices on the go without needing to remove and replace your gloves each time.

There are six colorways available, we’ve shown the Gold/Black variety here, sizing ranges from XS to XXL, and there’s a handy fitment guide on the product page to ensure a perfect fit first time. 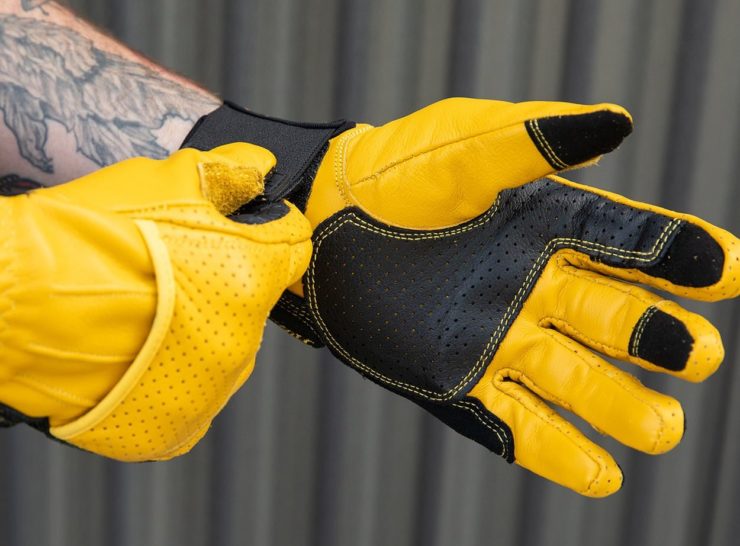 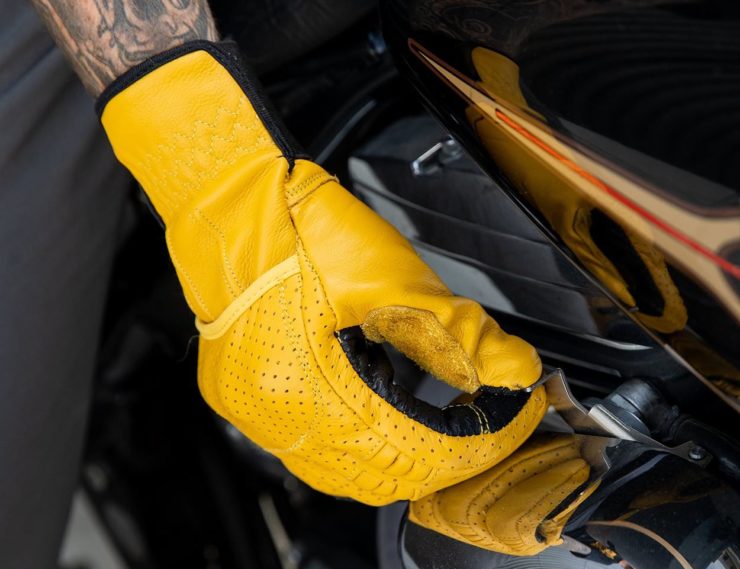 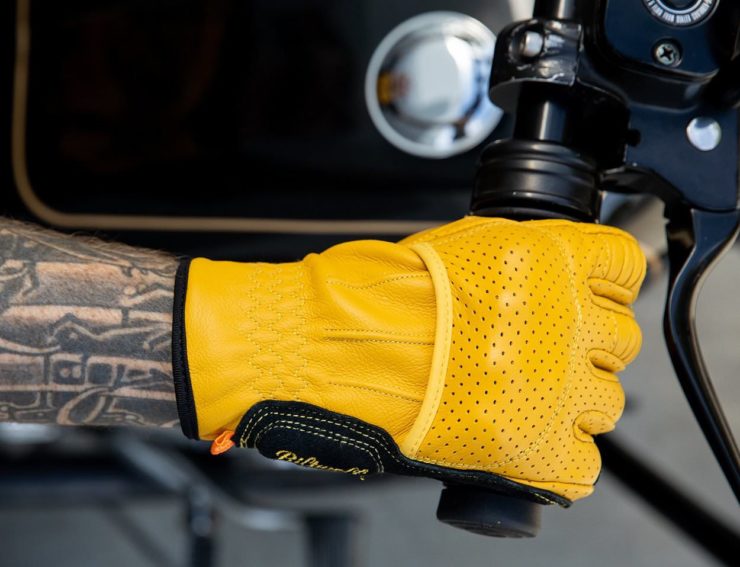 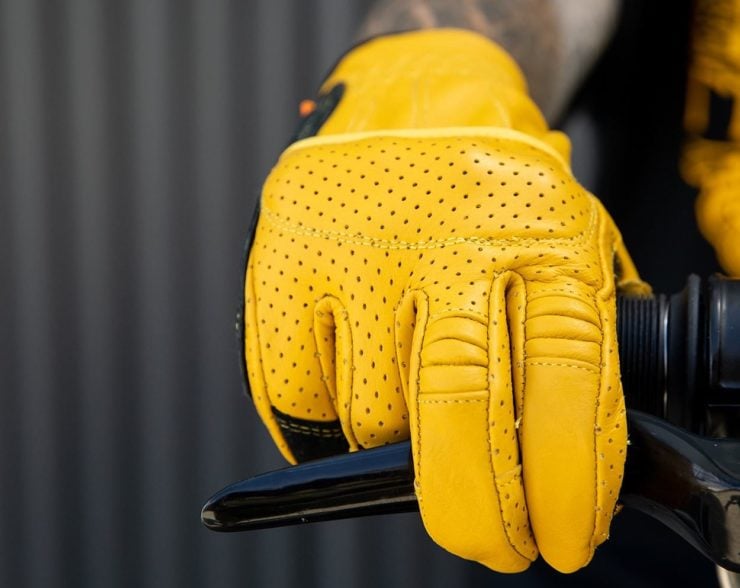 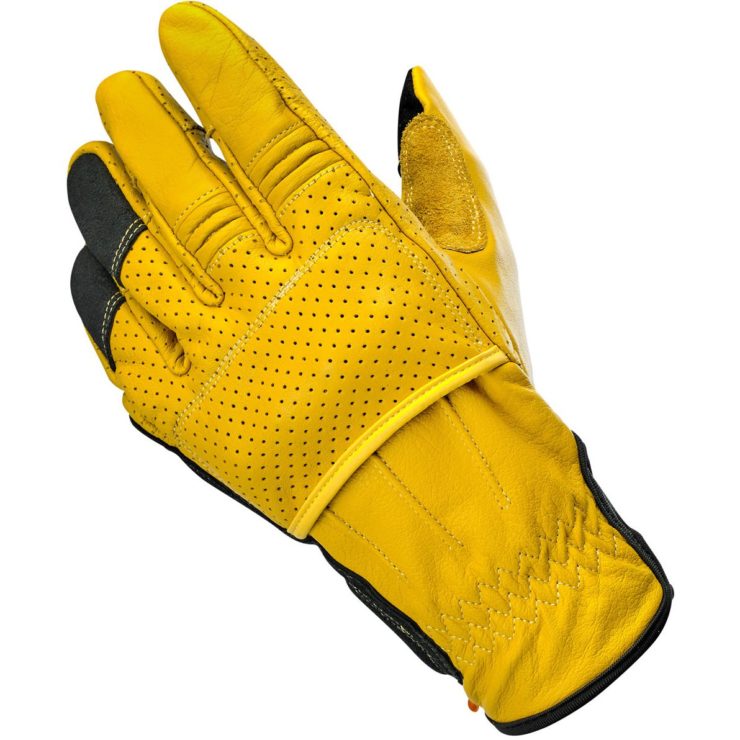