This is the Super73-S1 Universal Motorbike, it requires no license, insurance, or registration – it was designed to offer an alternative form of urban transportation – particularly for commuters. The “fuel tank” is actually a removable 48V 14.5 Ah (696 watts/hour) battery pack using Panasonic cells, it requires a key to remove, and it can be taken indoors to charge.

Super73 is based in Southern California, the company was founded in 2016 and it’s quickly grown into one of the most recognizable electric bike companies in the world – thanks in part to the signature frame design. Super73 bikes are now owned and ridden by A-list celebrities and professional athletes, as well as thousands of other people around the world.

The Super73-S1 Universal Motorbike is a new release from the American company, it builds on their previous models but still includes the signature open frame design, the removable fuel tank-style battery pack, the chunky seat, hefty tires, and front/rear lighting for night use and safety.

The frame of the Super73-S1 is tubular steel, and it’s rated to carry a maximum rider weight of 275 lbs (125 kg). The front and rear wheels are spoked and they use wide rims to accomodate the large tires. These tires provide excellent all-terrain grip and the sidewalls also offer some suspension for a softer ride over rough ground.

There are front and rear fenders for keeping rain, mud, snow, and other debris from getting flicked up, and there’s a traditional single-speed pedal drive to the car wheel which allows riders to use one of three levels of pedal-assist to increase range, or to just pedal normally if you should run out of battery.

The Super73-S1 was designed with a comfortable, upright riding position to ensure good ergonomics. It uses a 500 watt nominal, 1000 watt rear hub motor to provide power and the top speed is 20 mph or 32 km/h. Range is 40 miles or 64 kilometres, which is enough to ride a distance equivalent to the full length of Manhattan Island a little over three times before needing a recharge.

Behind the seat you’ll find a small luggage rack designed to hold a briefcase or backpack, front and rear disc brakes come as standard, and you can choose between army green, jet black, and tan colorways.

Electric vehicles, particularly electric bikes and scooters, have skyrocketed in popularity in recent years. They offer a middle ground between cars/motorcycles and traditional bicycles, oftentimes resulting in a faster commute for city and urban dwelling people due to the fact they can use bike paths as well as roads. Electric bikes have the added benefit of costing pennies for a “full tank” of electricity, and owners don’t need to pay parking fees or tolls.

The idea of a removable, lockable battery pack is now almost universal due to the fact that modern lithium-ion batteries are relatively expensive. It also allows commuters to carry the battery pack into the office with them to recharge at work for the ride home.

Huckberry is offering the Super73-S1 Universal Motorbike for a limited time at $2,200 USD with free shipping in the USA, each one ships out in a single large box and only requires the handlebars and pedals to be fitted before it’s complete and ready to ride. 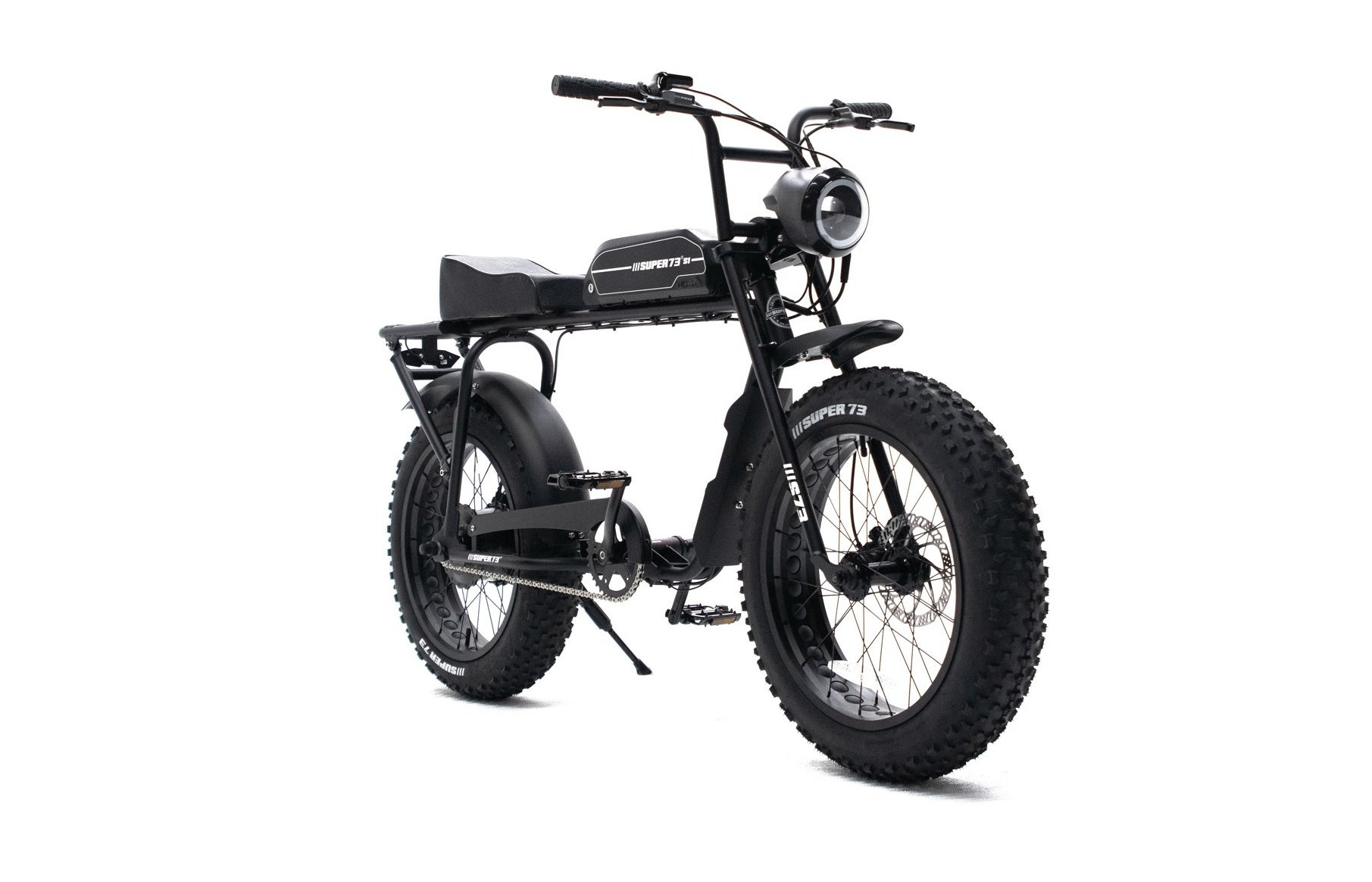