I’ve developed a bit of a fascination with some of the recent designs from watchmaker Bell & Ross, we featured their beautiful PW1 last month and this month I’ve decided to go with this, the new Bell & Ross WW2 Bomber Regulateur.

Heavily influenced by British WW2 Bomber timepieces the Bomber Regulateur’s oversized notched bezel is designed to be operated whilst wearing gloves, as pilots did during the war, the second hand is given a primary position which is essential when you’re timing something in lowlight under significant pressure. 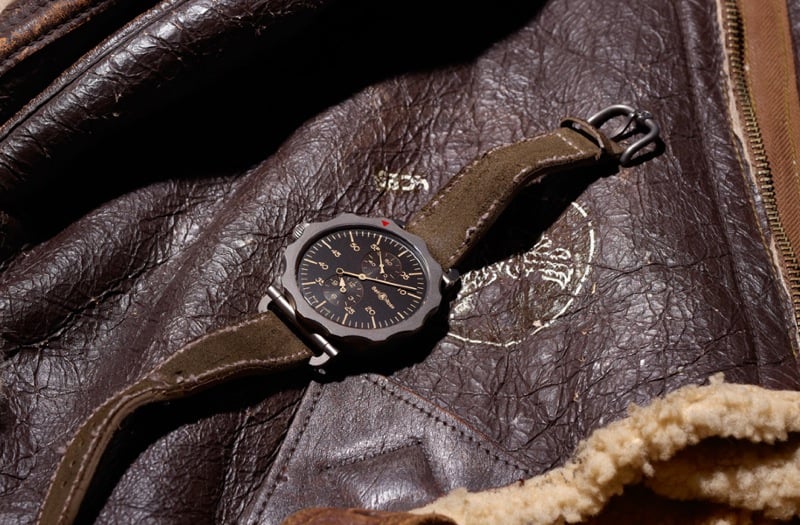