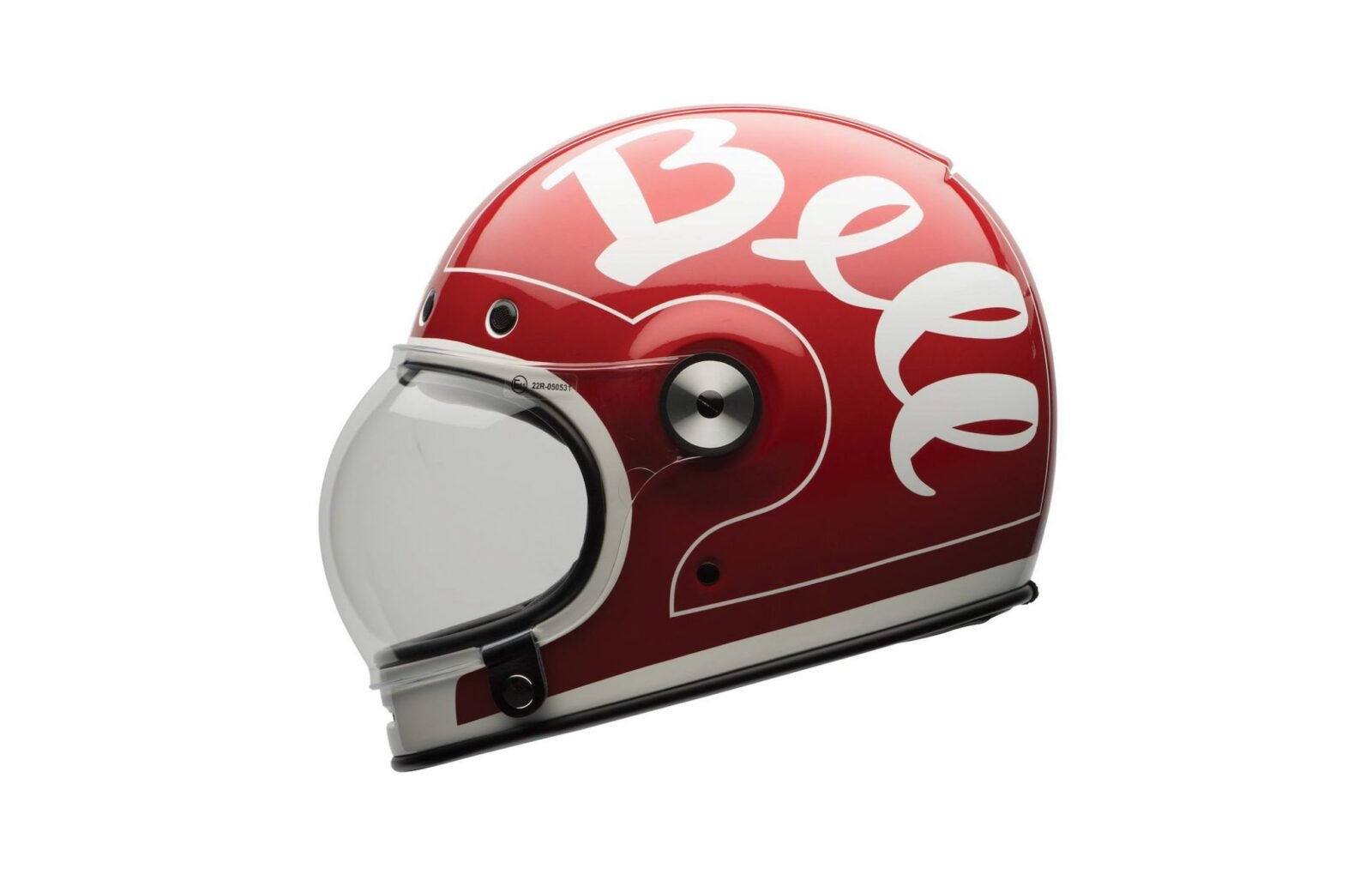 The new-for-2016 Bell Bullitt Skratch LE Helmet is a new take on the now well-established Bullitt line of retro-modern helmets from the iconic American manufacturer. The exterior shell art on the Scratch LE is influenced by 1950s-era motorsport liveries, with a red hemisphere on the left and a black pinstriped hemisphere on the right.

All of the Bullitt helmets have a low-profile fiber composite shell in 3 sizes, a multi-density EPS liner, a removable, washable and anti-bacterial interior, perforated micro-suede interior fabric with leather trim, 5 metal mesh intake vents with 1 rear exhaust vent, a padded chin strap with stainless steel D-Ring closure, and a 5 year warranty. Each Bell Bullitt also has full DOT and ECE safety certification – meaning it can be worn in most countries. 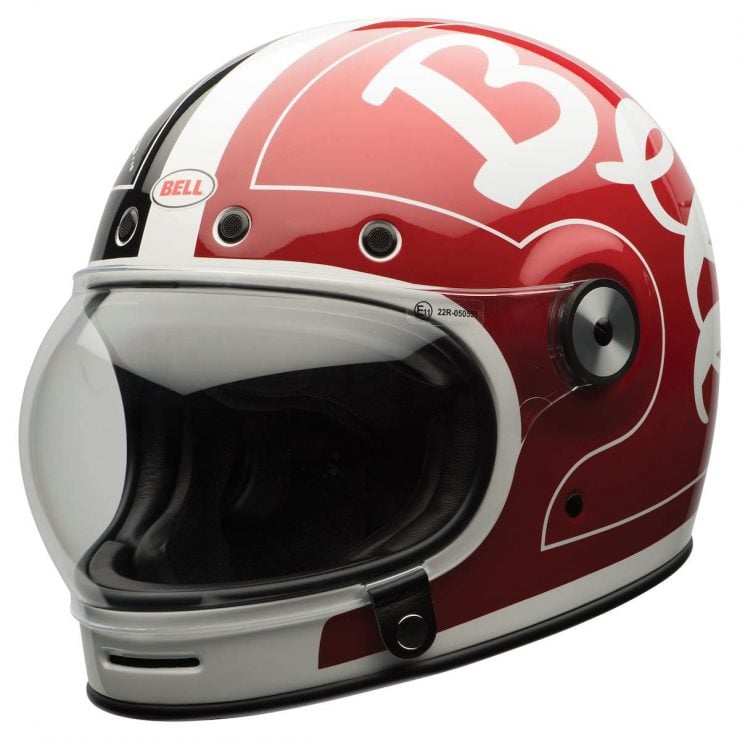 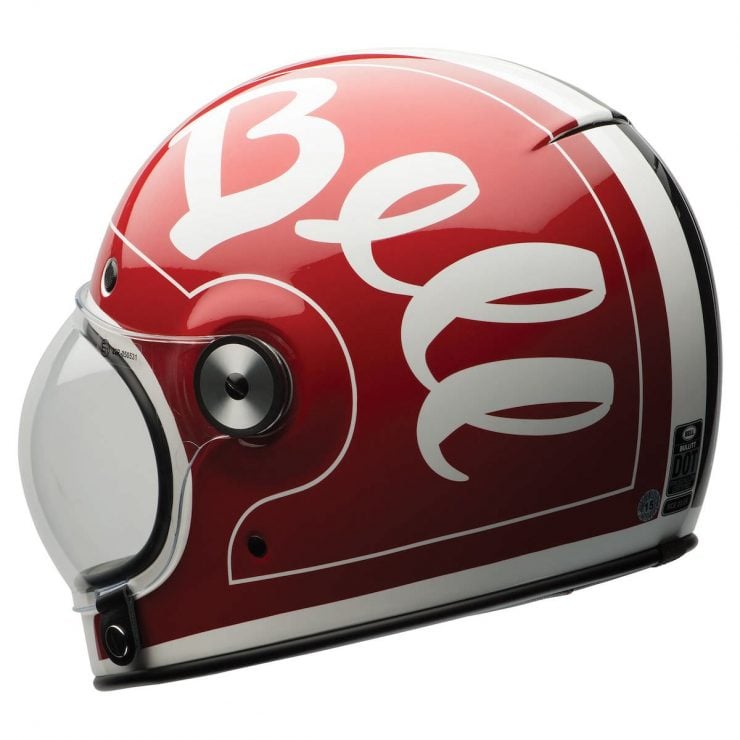 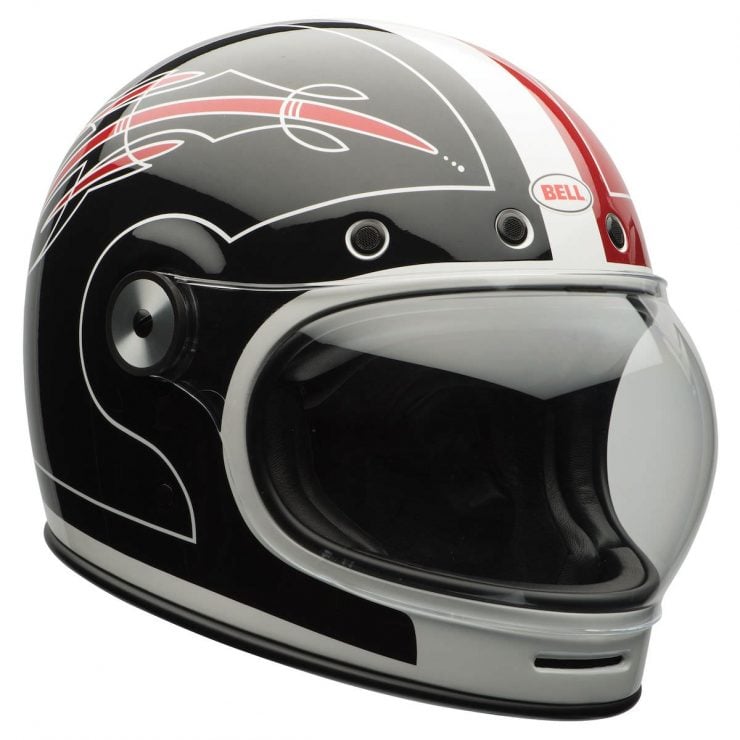 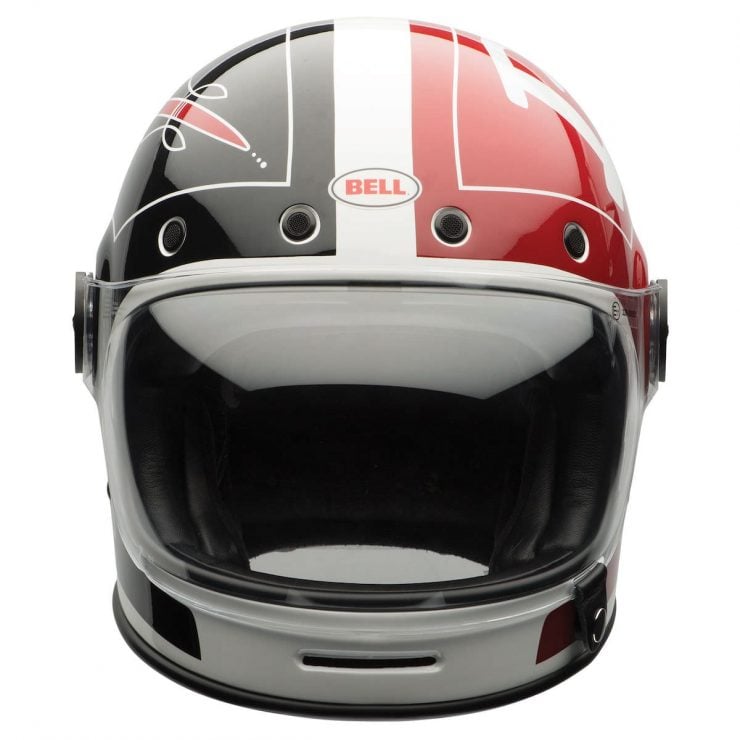