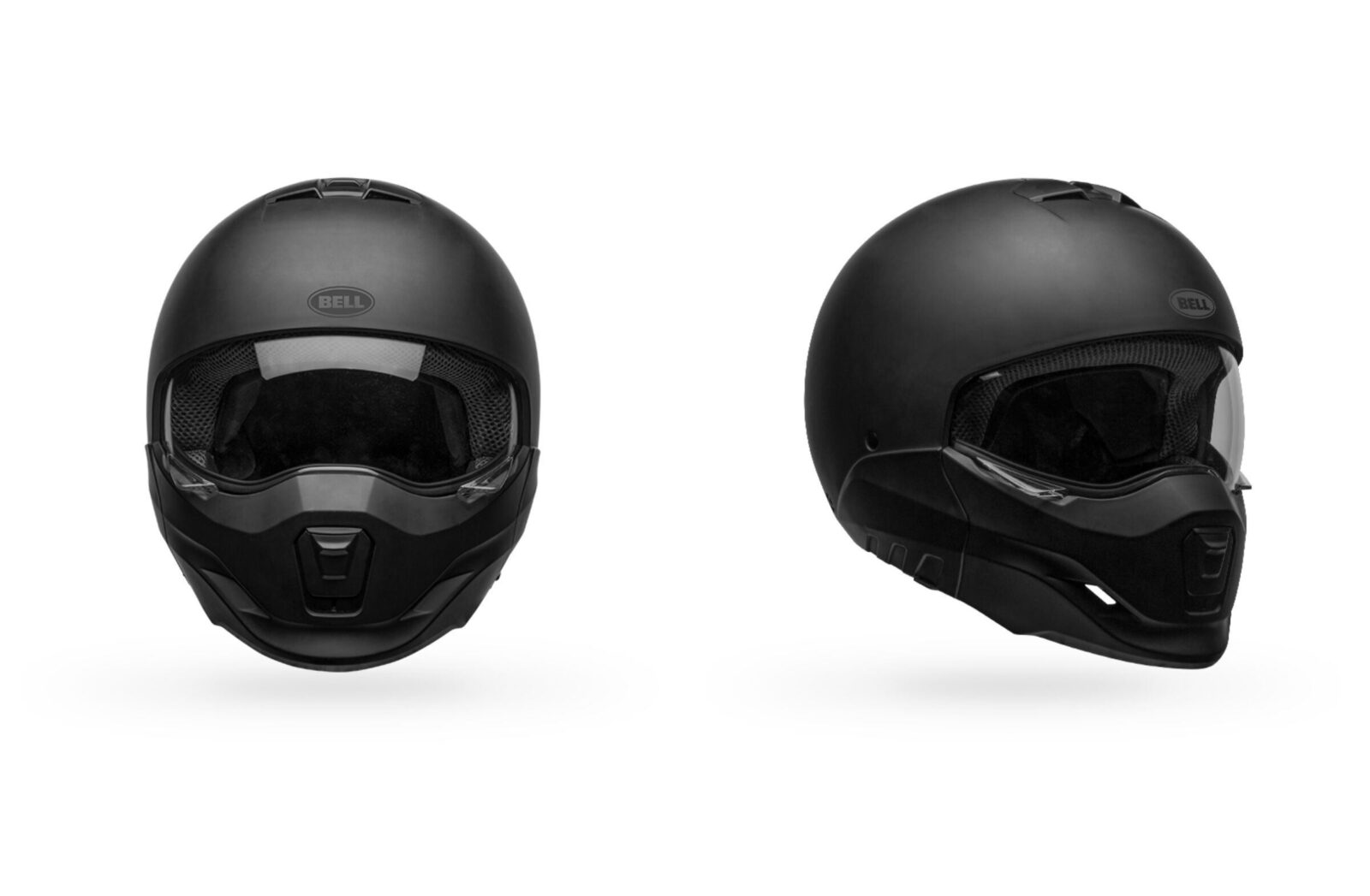 This is the new Bell Broozer Helmet, it was heavily influenced by fighter pilot helmet design right down to the integrated drop down face shield that’s UV-protected as well as being anti-fog and anti-scratch.

Integrated shields like this slide up into the helmet internally and can then be slid down to protect your eyes and face when needed – meaning you don’t have to stop and put on sunglasses or goggles. They also cause no aerodynamic interference when in the up position, unlike external face shields.

The Bell Broozer Helmet’s is a full-face helmet with a removable chin bar, allowing you to use it as a 3/4 face helmet when required. The shell is made of lightweight polycarbonate/ABS, it has an impact absorbing dual density EPS inner layer, and it has removable/washable liners.

The helmet also has special grooves along each side of the inner helmet liner allowing riders to comfortably wear either prescription eyewear or normal sunglasses. It’s available in either gloss black or matte black, sizing ranges from S to 2XL, and it carries a DOT safety rating.

The quickly removable chin bar will be popular with urban riders who prefer an open face helmet for city riding as it tends to offer slightly better visibility. For higher speed riding the chin bar can be quickly snapped back into place to provide critical face protection. 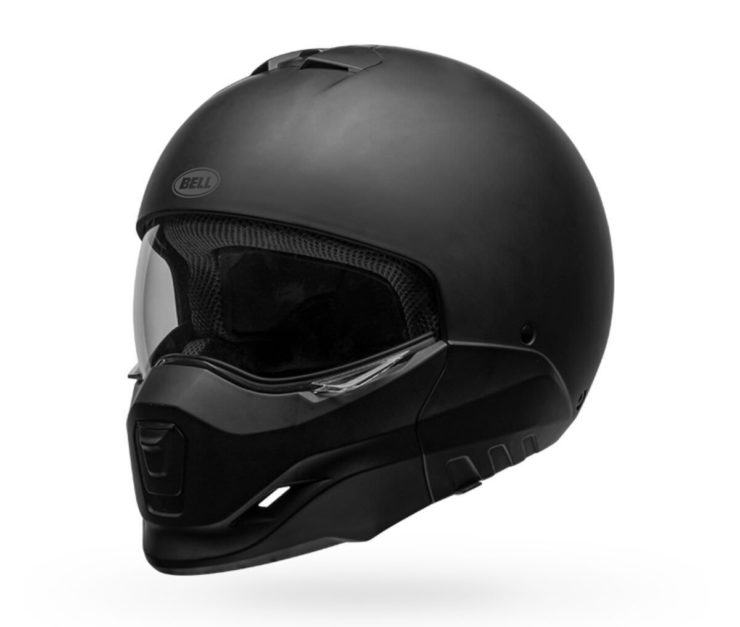 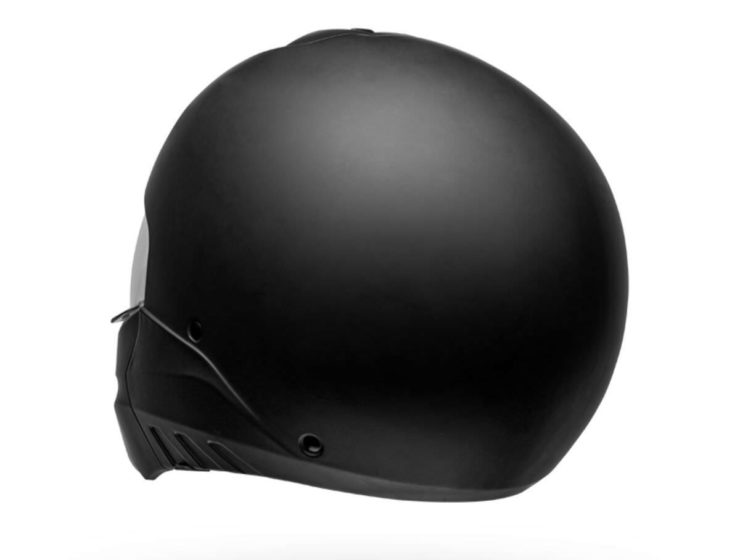