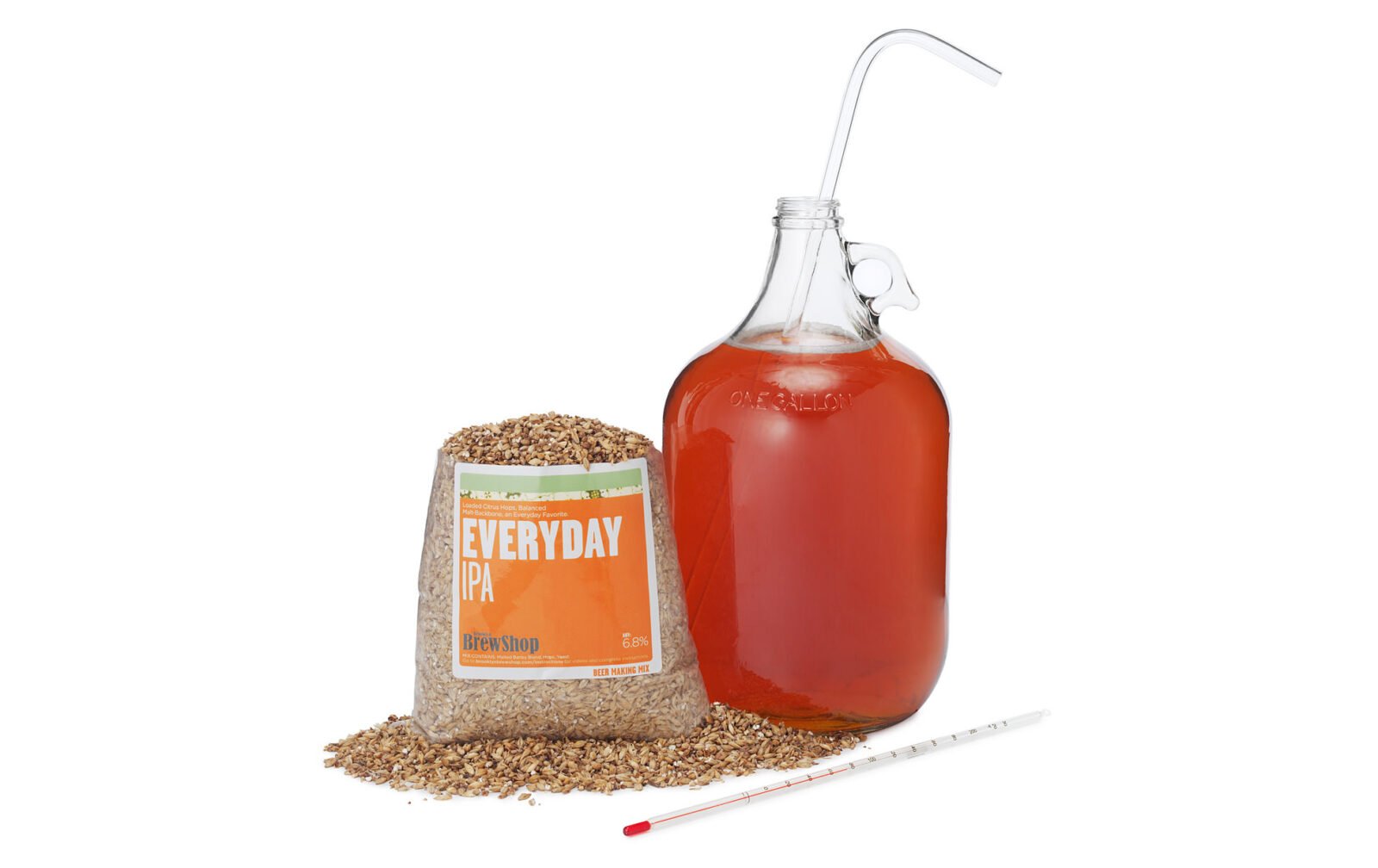 The Beer Making Kit by Brooklyn Brew is an all-in-one solution to home brewing ideally suited to the first time brewer or enthusiastic amateur. The kit contains everything you need to create a 10 bottle batch of Everyday IPA® – a 6.8% India Pale Ale made with Columbus and Cascade hops.

The kit comes in the cardboard box pictured below and it includes beer making mix (grain, hops, and yeast), a 1 gallon glass fermenting bottle, a chambered airlock, a glass thermometer, a racking cane, tubing, a tubing clamp, a screw cap stopper, and a packet of sanitizer.

It costs $39.95 which works out to about $3.99 per bottle – anyone who’s recently bought craft beer will immediately realise that this is an excellent deal, especially when you consider that the kit is designed to be reusable (the next time you use it you just need a bag of ingredients and a sanitizer). 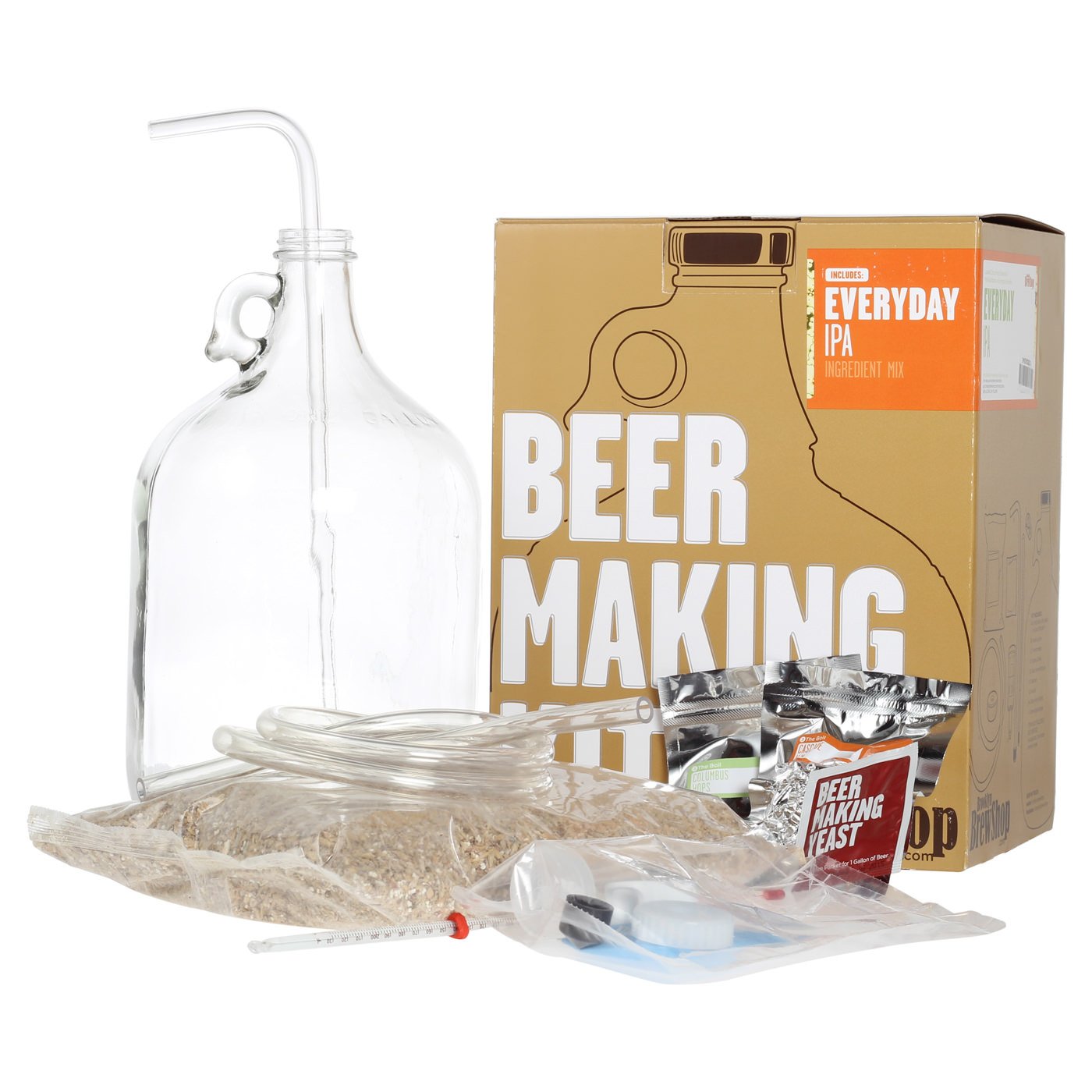 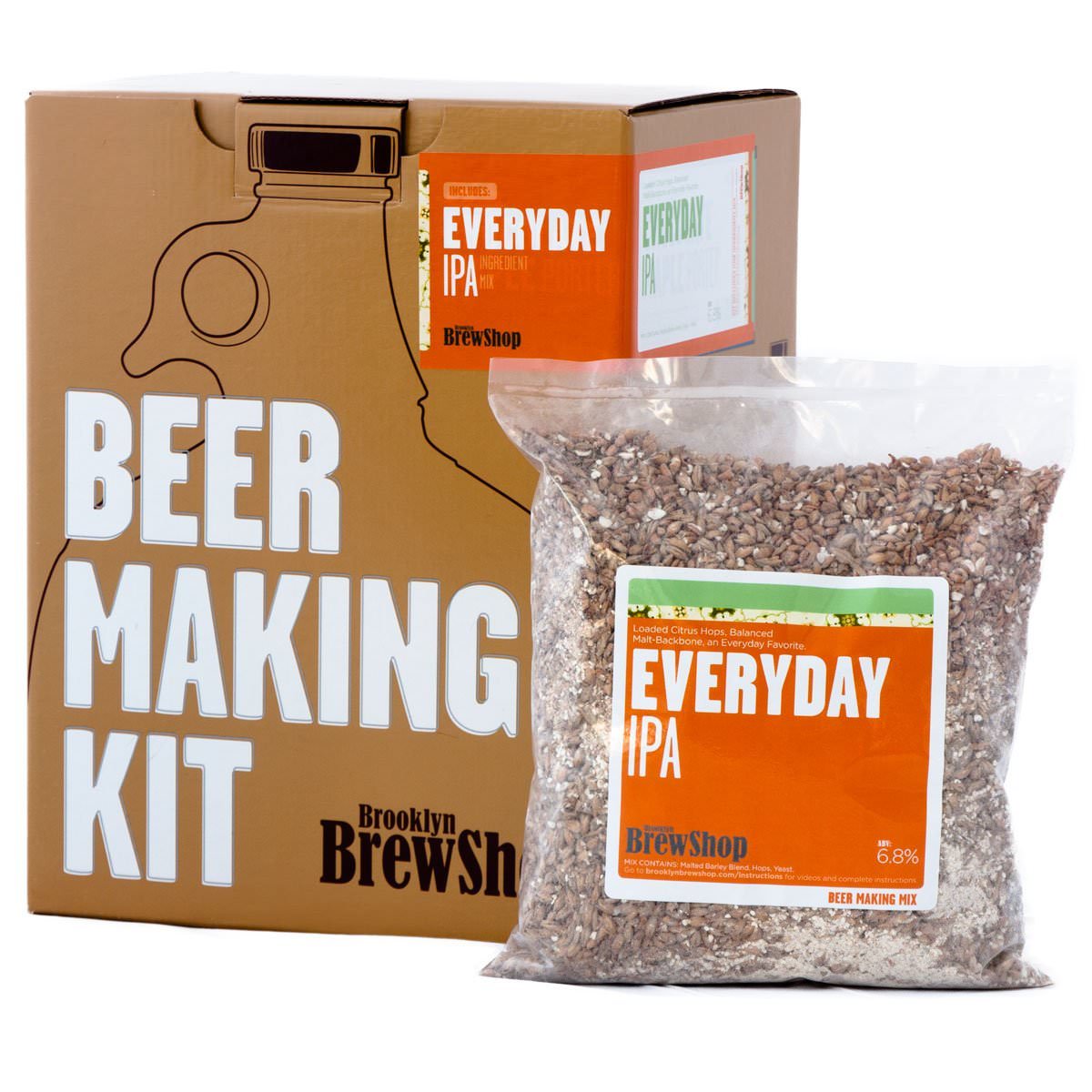 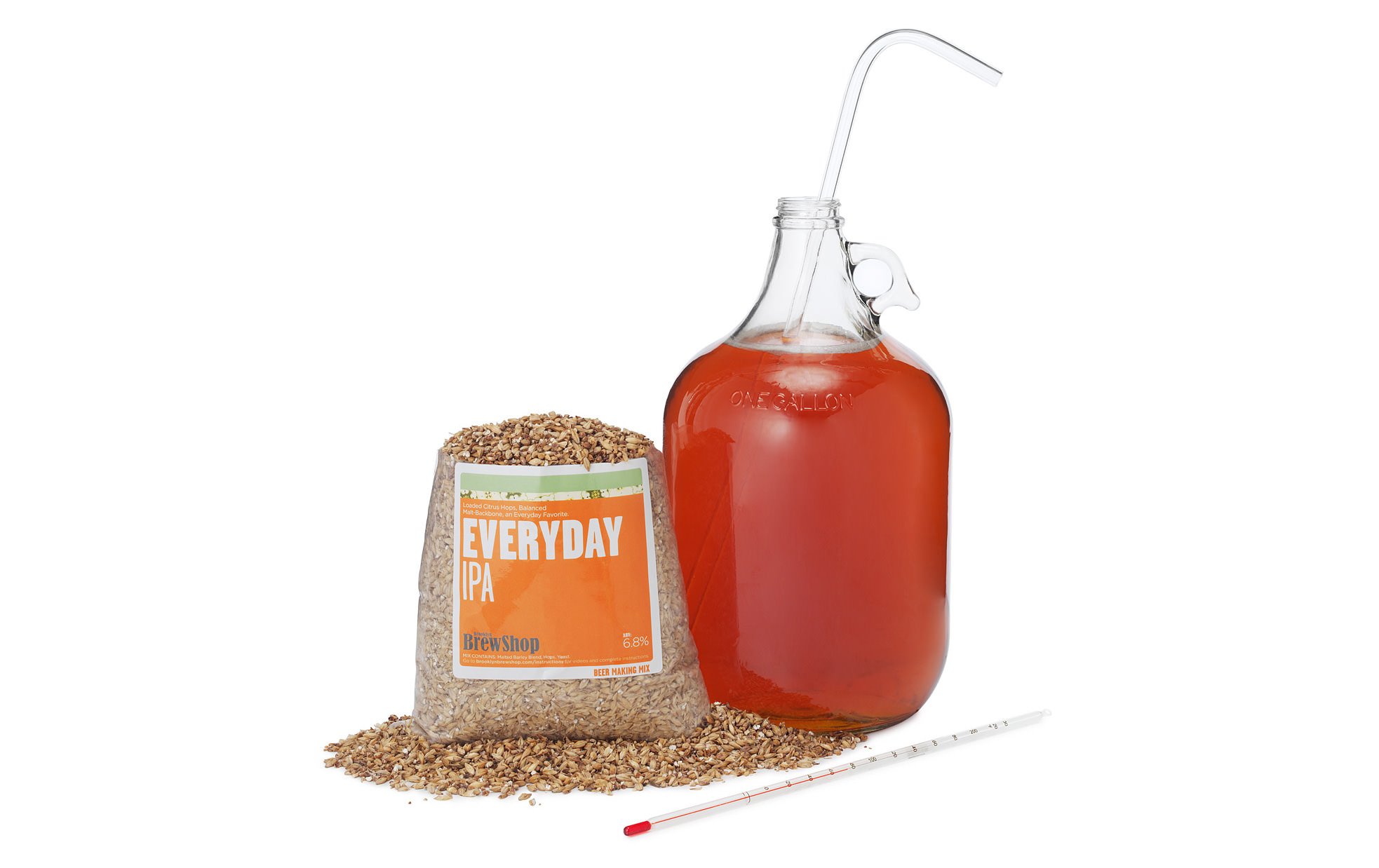