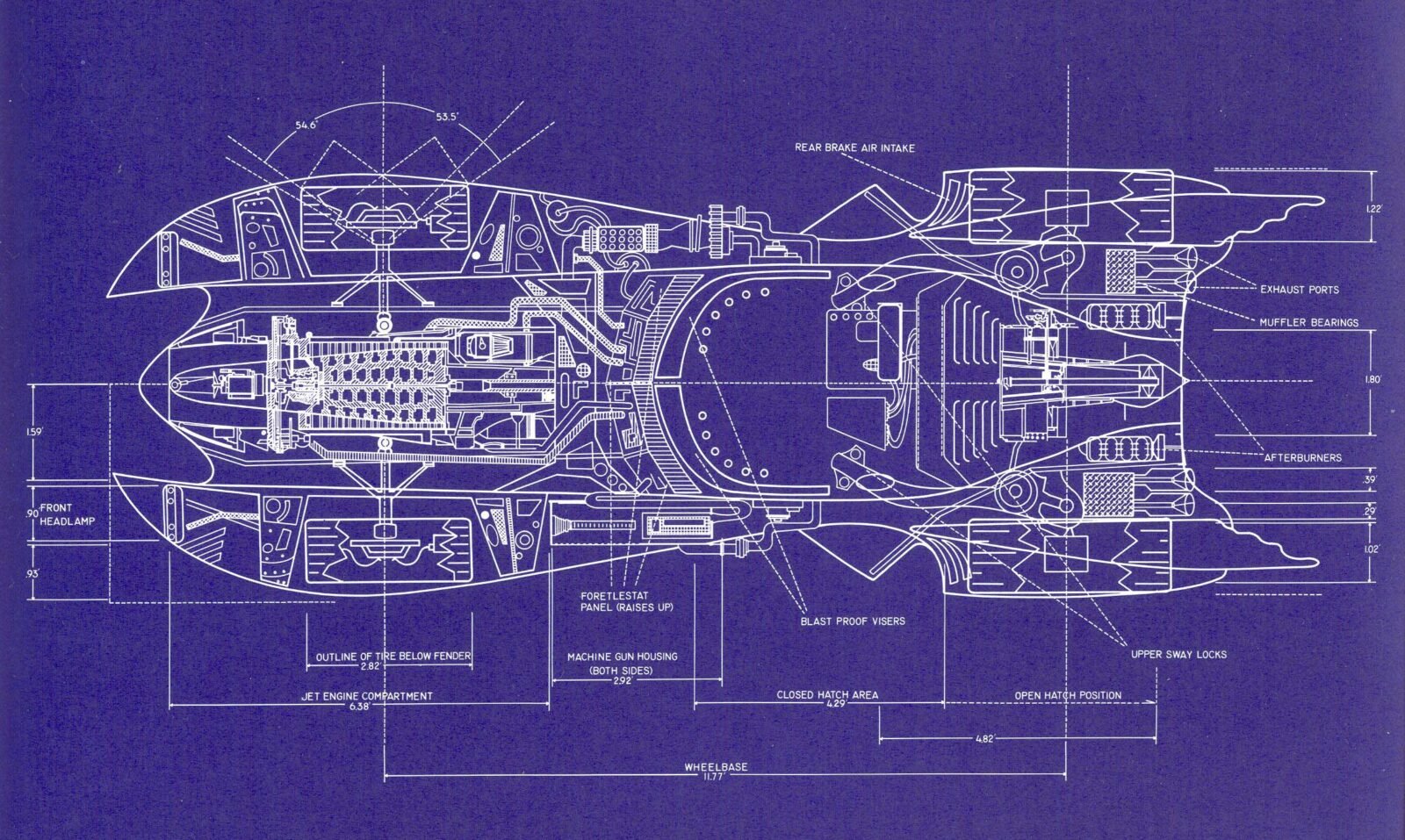 Although these blueprints of the Batmobile don’t contain enough information to rebuild one in your garage, they are a good starting point on the dimensions. You’ll need to pick yourself up a used jet engine on Craigslist along with some bulletproof glass and matte black paint, you might also want to pick up an old Pontiac Fiero as a donor car (they seem to be used as a platform for practically everything).

It isn’t widely known that the original Batmobile was a stock standard red coupe, it wasn’t until years later that the more stylised vehicles came along with the most recent iteration being described by the production designer as a cross between a Lamborghini and a tank.

Interestingly, in the latest series of 3 films by Christopher Nolan the vehicle is never referred to as the Batmobile. Instead it’s shown to be a cross-purpose vehicle designed for the US military by Wayne Enterprises’ Applied Sciences Division with the code name “Tumbler”.

Read more about the history of the Batmobile here. 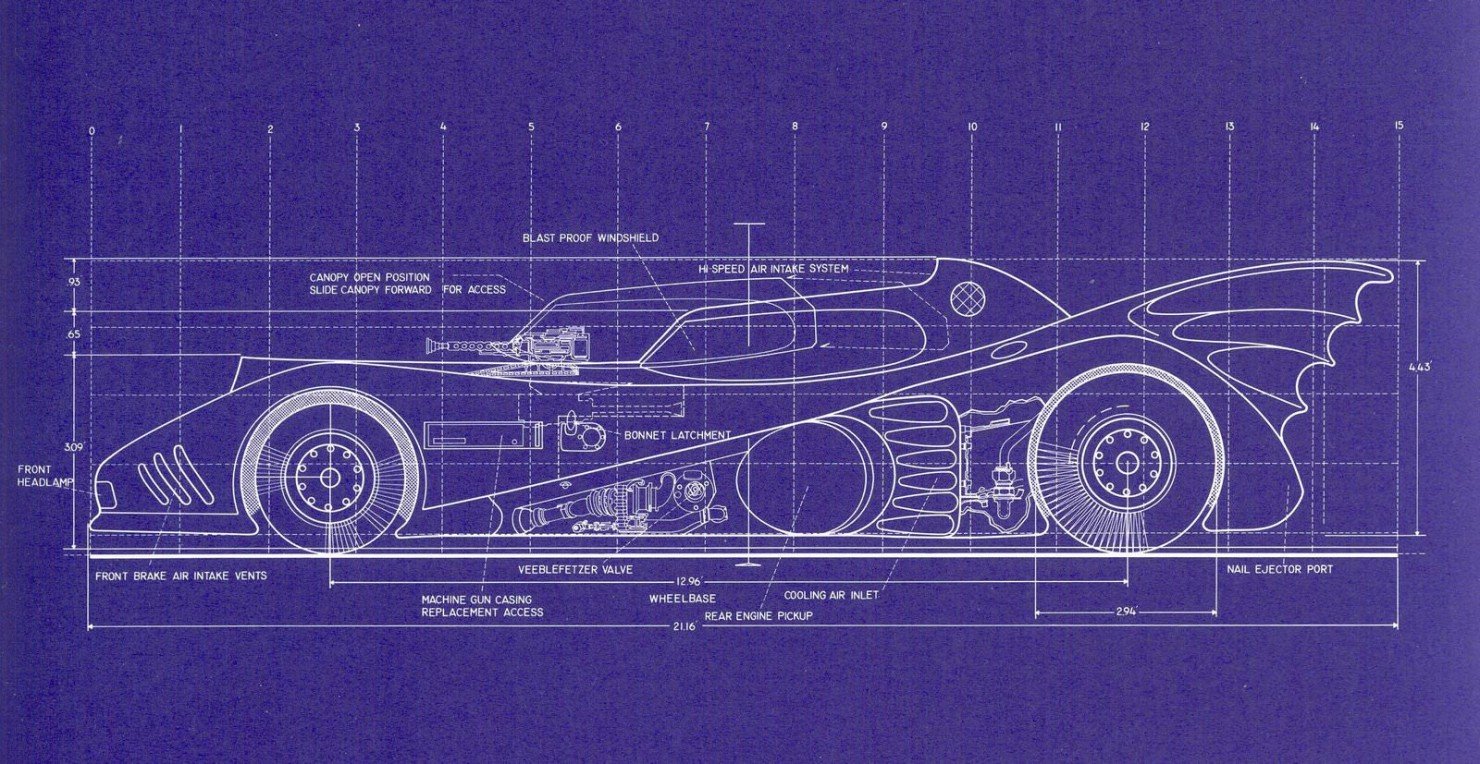 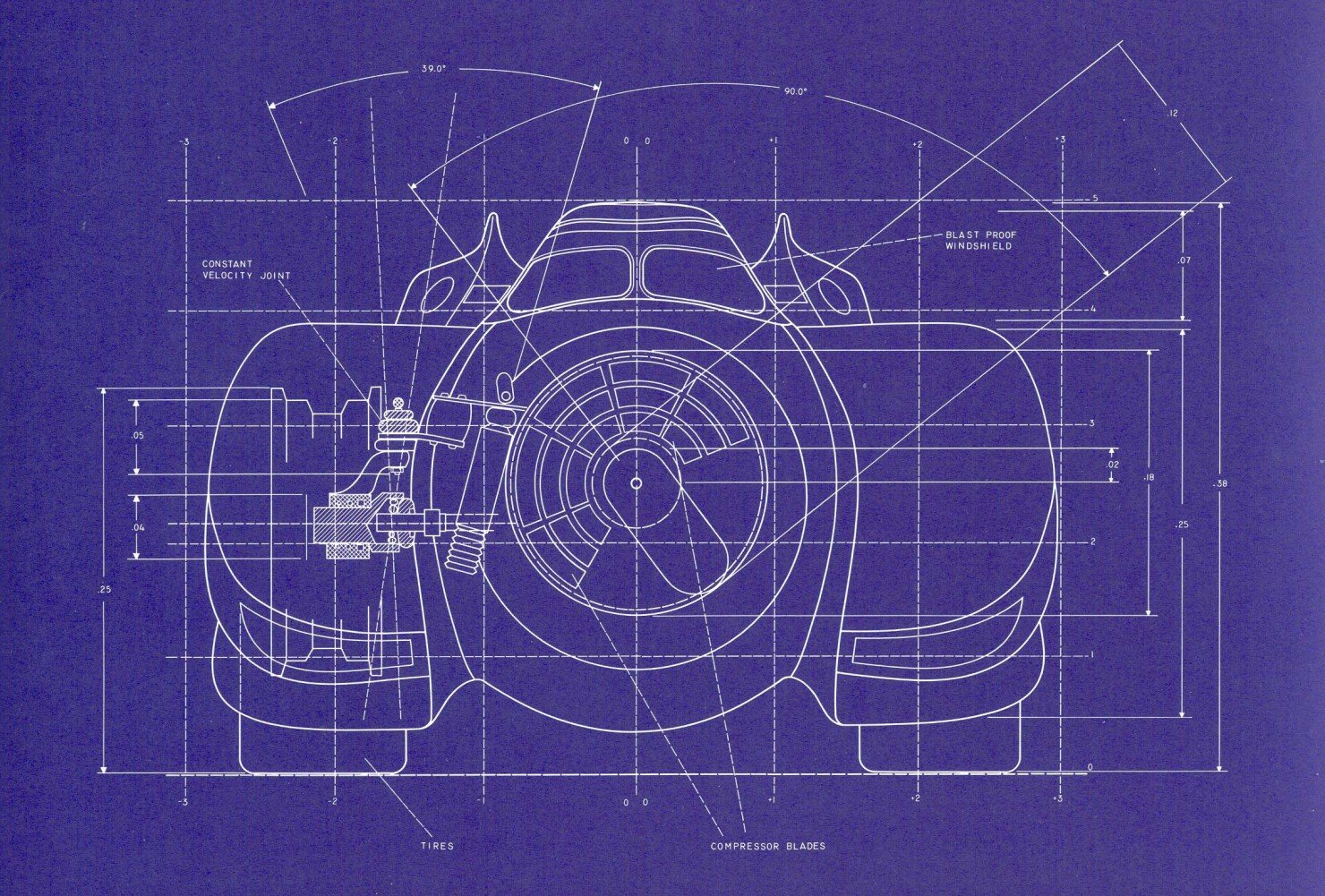 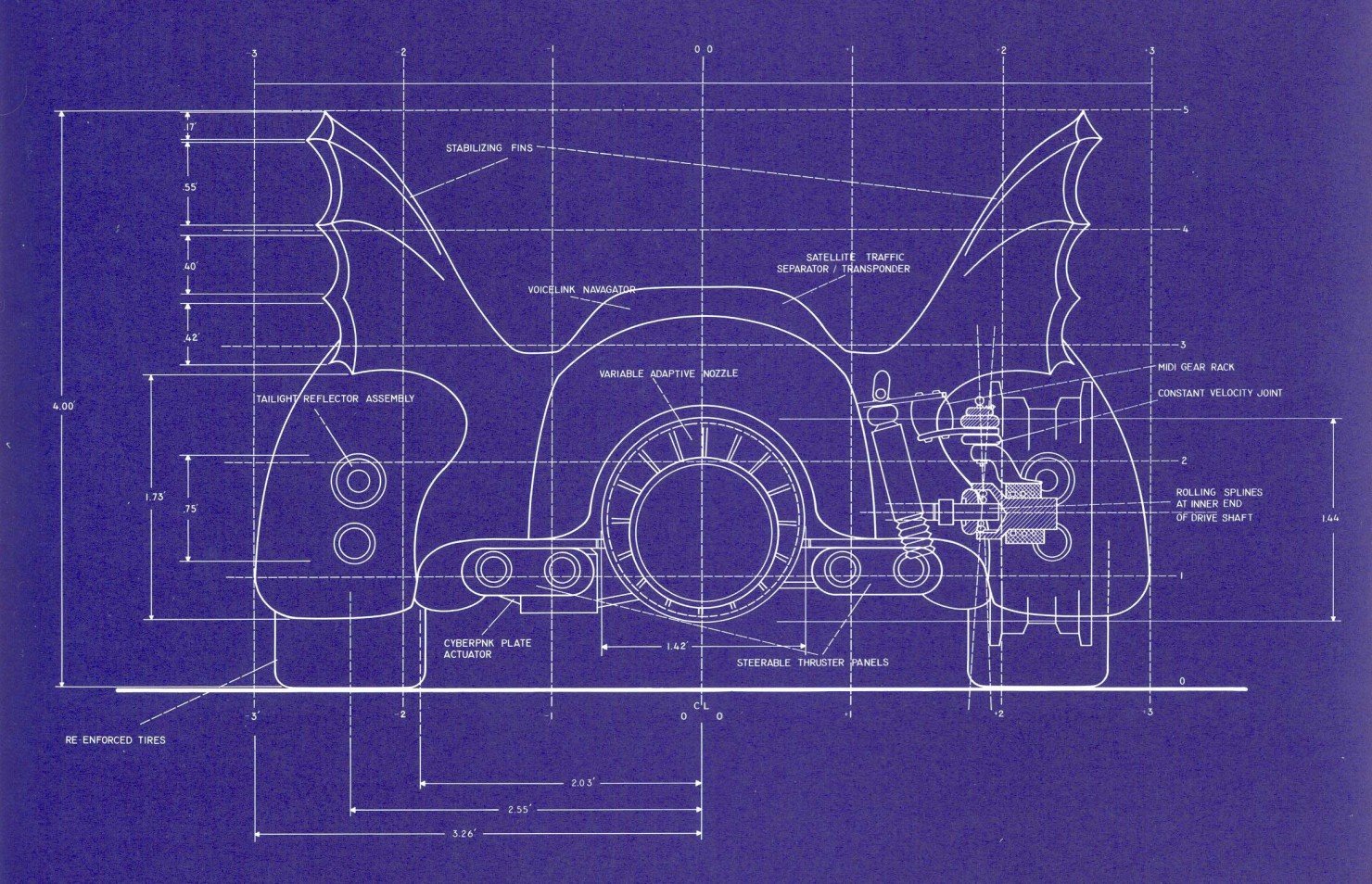 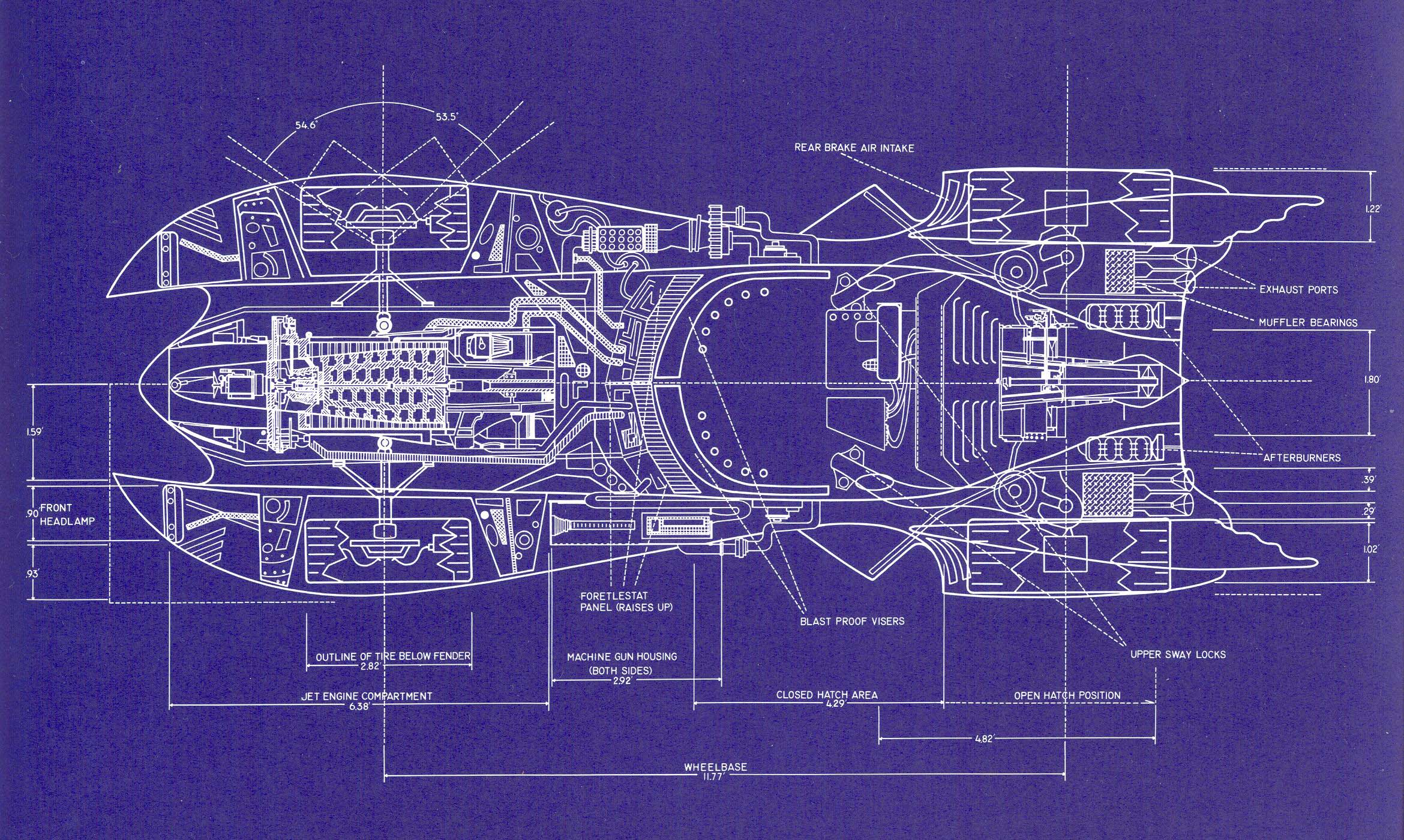