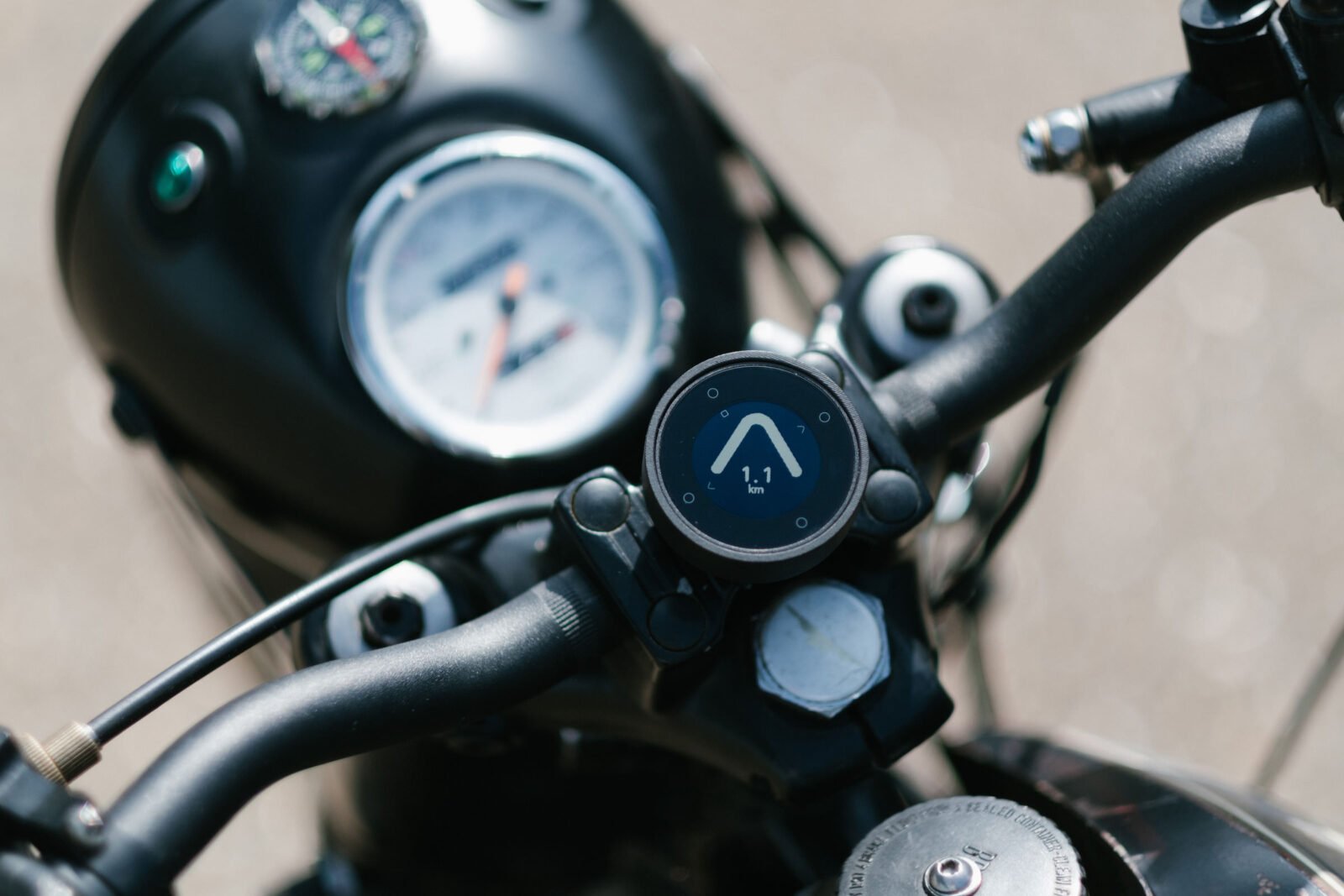 The Beeline Moto is a GPS unit designed to do away with bulky touchscreens and strip navigation down to its core functions – which way should I go, and how far till the next turn.

The team behind the device have already designed and mass produced what is considered by many to be the best bicycle GPS unit in the world, so it was an obvious progression to turn to motorcycles next.

The Beeline Moto is set up using your smartphone via a dedicated app (iOS or Android), you can plan routes, import maps, and it offers global coverage out of the box – with no need to download additional maps.

There are multiple attachment options including both handlebar and fuel tank mounts, the Beeline Moto is attached to the mount with a simple twist on, twist off mechanism so you can slip it into your pocket and take it with you when you park. 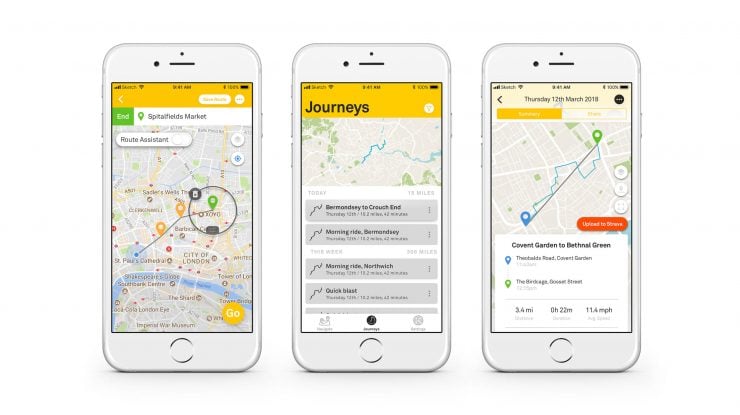 The user interface is a masterclass in minimalism, designed to give you the information you need at a glance. The main central arrow shows you which direction to go, underneath is distance to next turn, journey progress is shown in an expanding ring around the screen, and the direction of the next turn is shown as a dot that can move through 360 degrees as needed.

Power is provided by a 350mAh battery that lasts for 30 hours on a charge, it has a transflective memory-in-pixel display so it’s visible in the brightest sunlight, and there’s a built-in backlight that automatically turns on at dusk or in darkness.

Each Beeline Moto is both waterproof and shockproof, they measure in at 2 inches in diameter by .82 inches high, with a total weight of just 2 ounces. Beeline are currently taking preorders for the unit allowing you to buy one for almost 30% off the eventual MSRP. 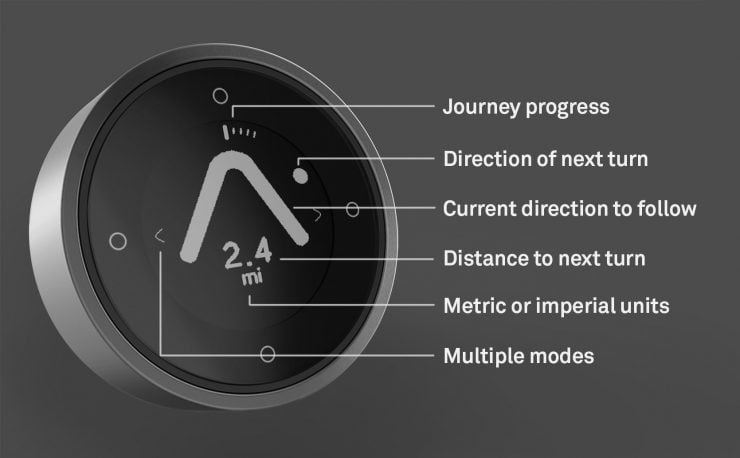 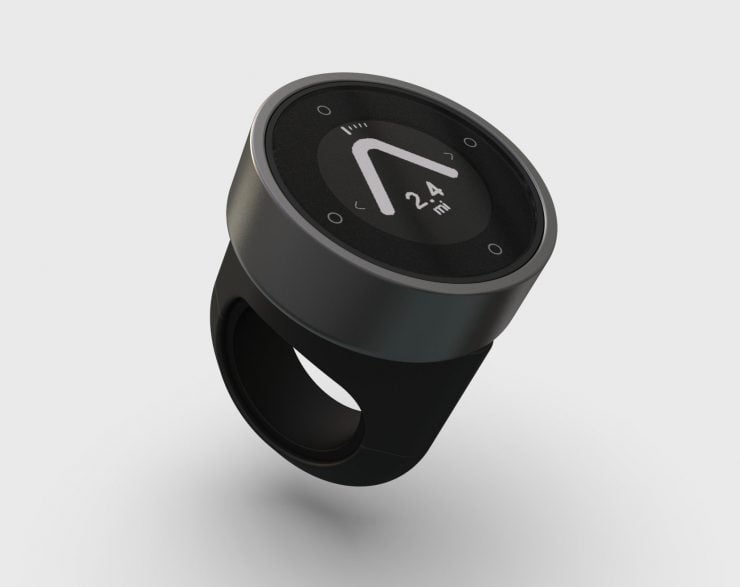 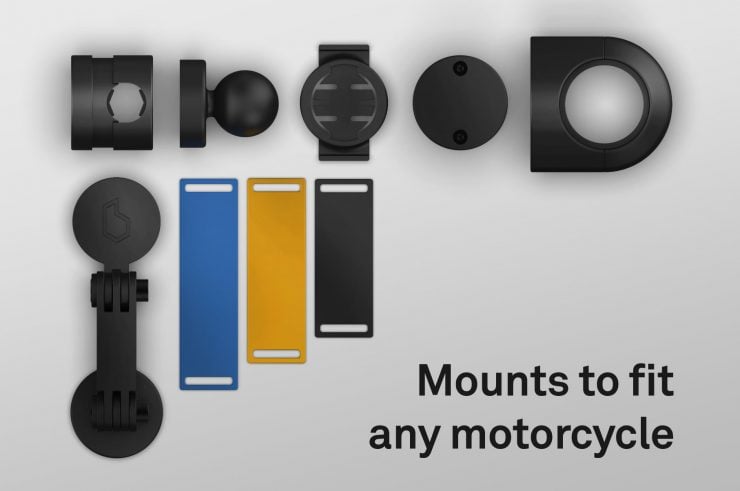 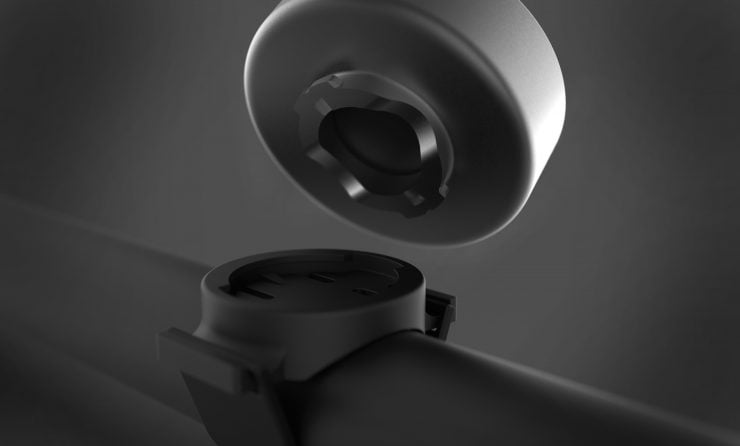 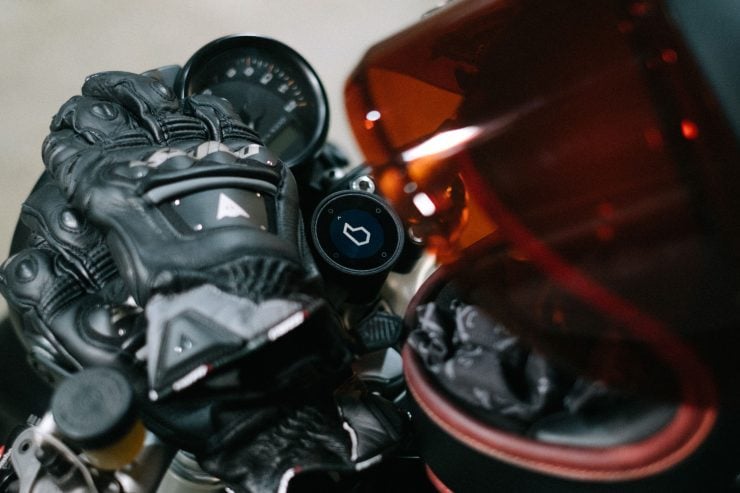 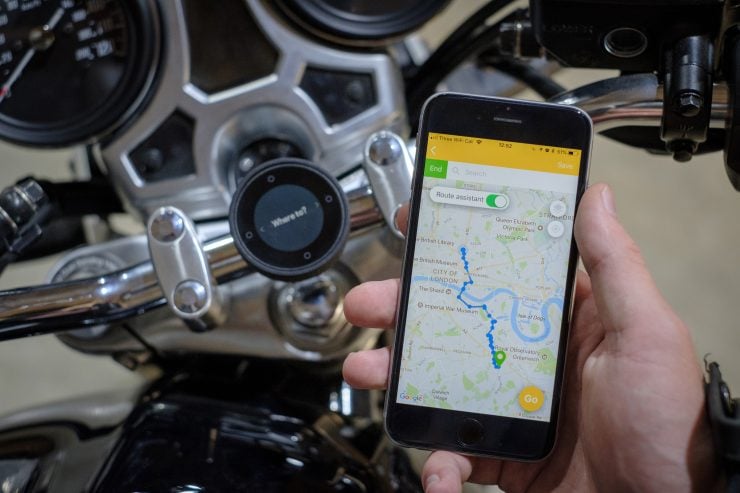 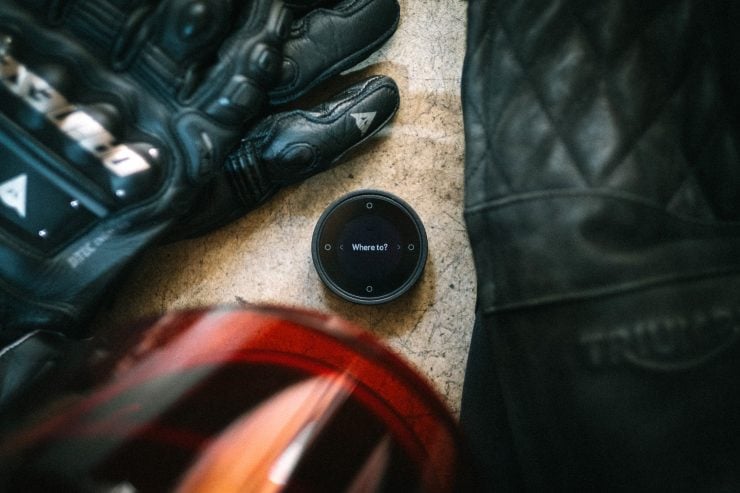 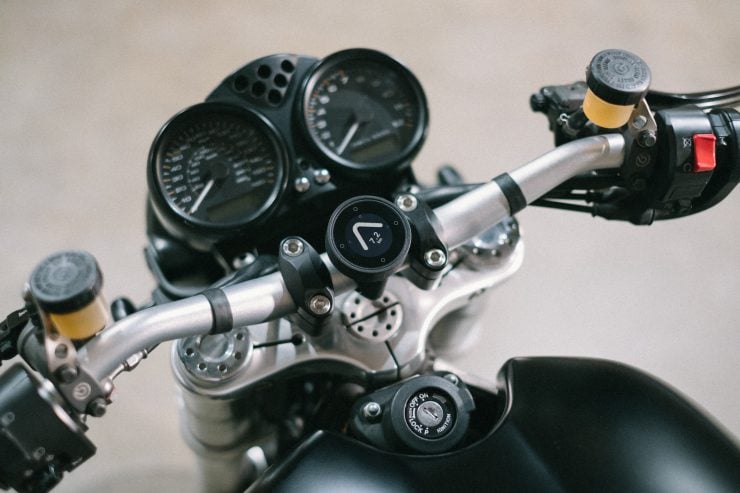 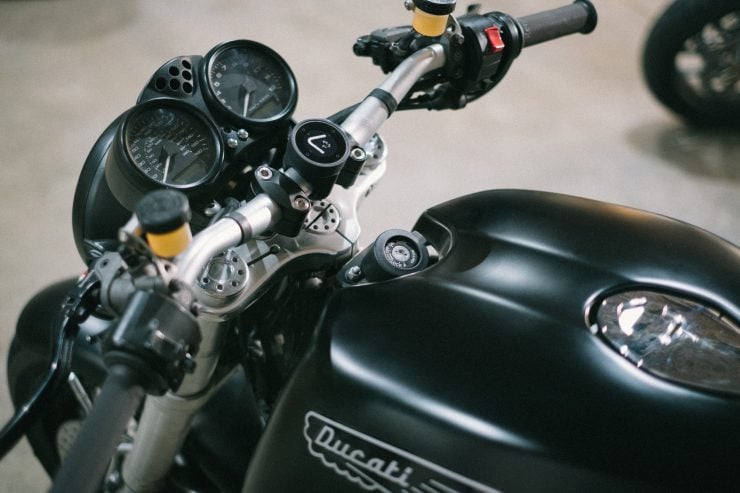 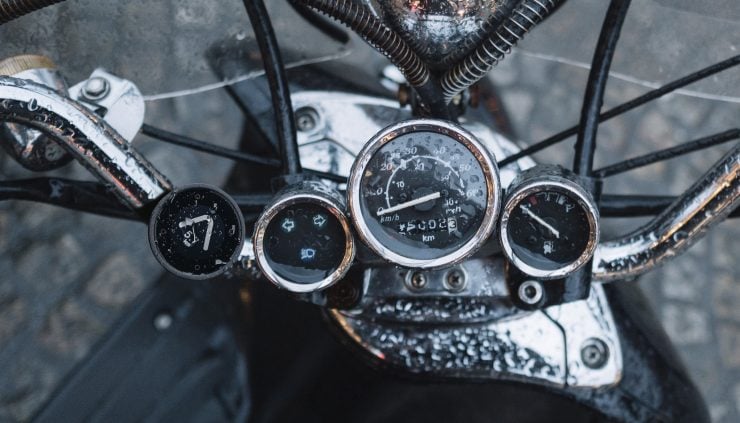 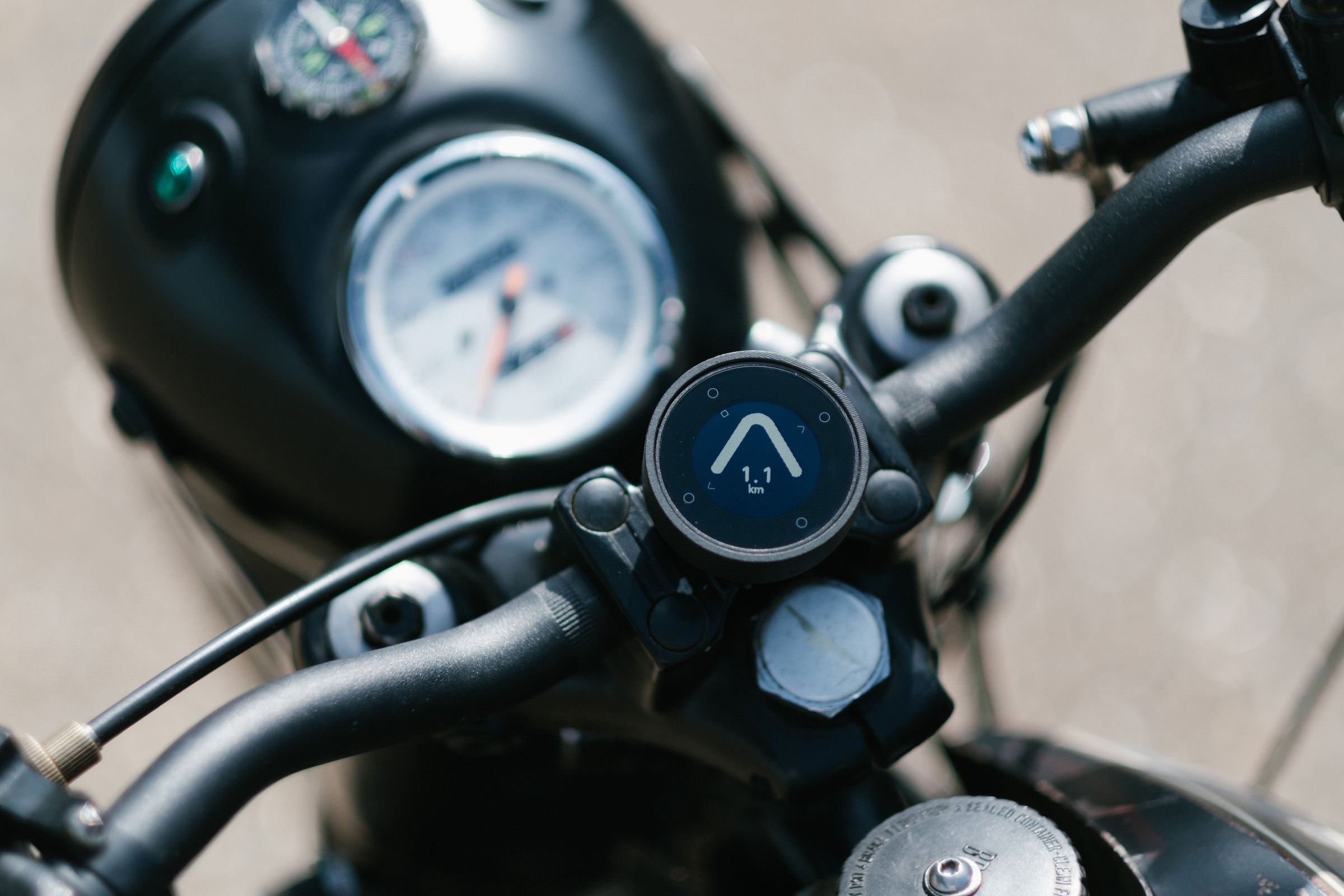