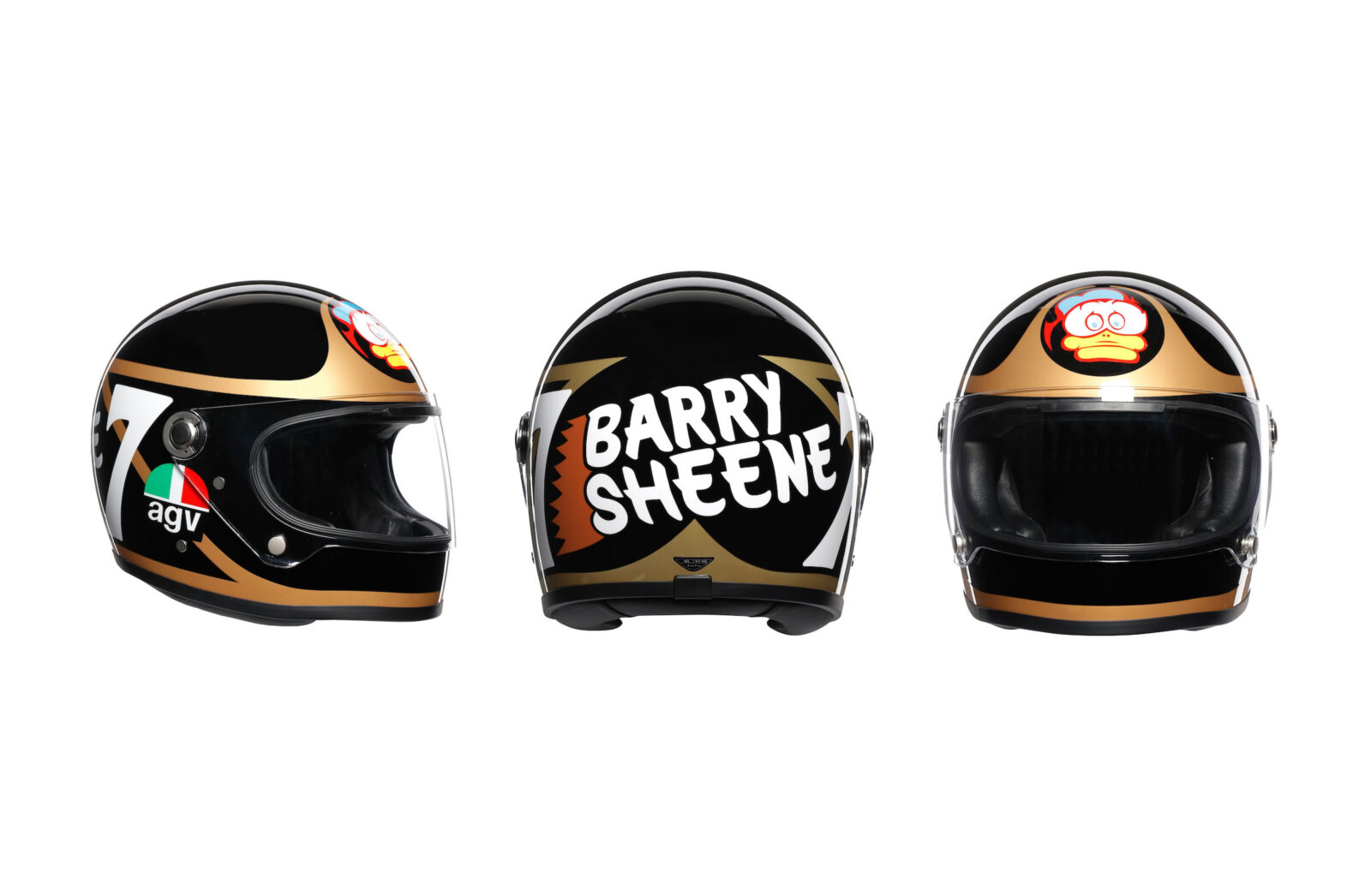 The new AGV X3000 Barry Sheene Helmet is a modern reissue of one of the most famous motorcycle helmets of all time – the one worn by British motorcycle racing legend Barry Sheene.

Perhaps the major different between this helmet and the one worn by Barry Sheene is the fact that this one doesn’t have a hole drilled into the chin bar. Sheene famously insisted that his helmet had this little modification – not for increased airflow but rather so he could fit a lit cigarette through it and continue to smoke right up until the final moments before a race.

The AGV X3000 series of helmets are made from 1o0% modern materials using modern methodology in the style of the helmets made by the Italian company back in the 1970s. Each helmet has an ACF (advanced composite fiber) fiberglass outer shell, and they come in three shell sizes to ensure an optimum fit – XS-MS, ML-LG, XL-2XL.

The visor has an on/off air vent with channels hollowed in the shell, you open it by popping out the seal, and close it by popping it back in. The helmet has a removable and washable interior, a traditional double D-ring retention system, and a flip-up two-position visor with a stud closure. The closure can be popped open with one gloved hand, to ensure you’ll always be able to get additional ventilation if you need it.

The original helmet was painted by “John The Paint” in black and gold, with Sheene’s trademark duck logo on the front with his name on the back. One of his original race-worn helmets (with it’s signature cigarette hole) sold recently at auction for a little over $2,500 USD, which we thought was a bargain.

This helmet is almost identical and it’s actually wearable, so its $669.95 USD MSRP seems downright reasonable. 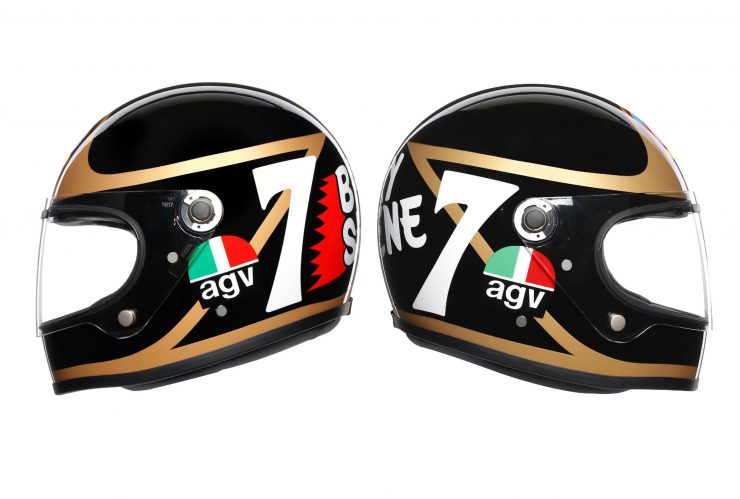 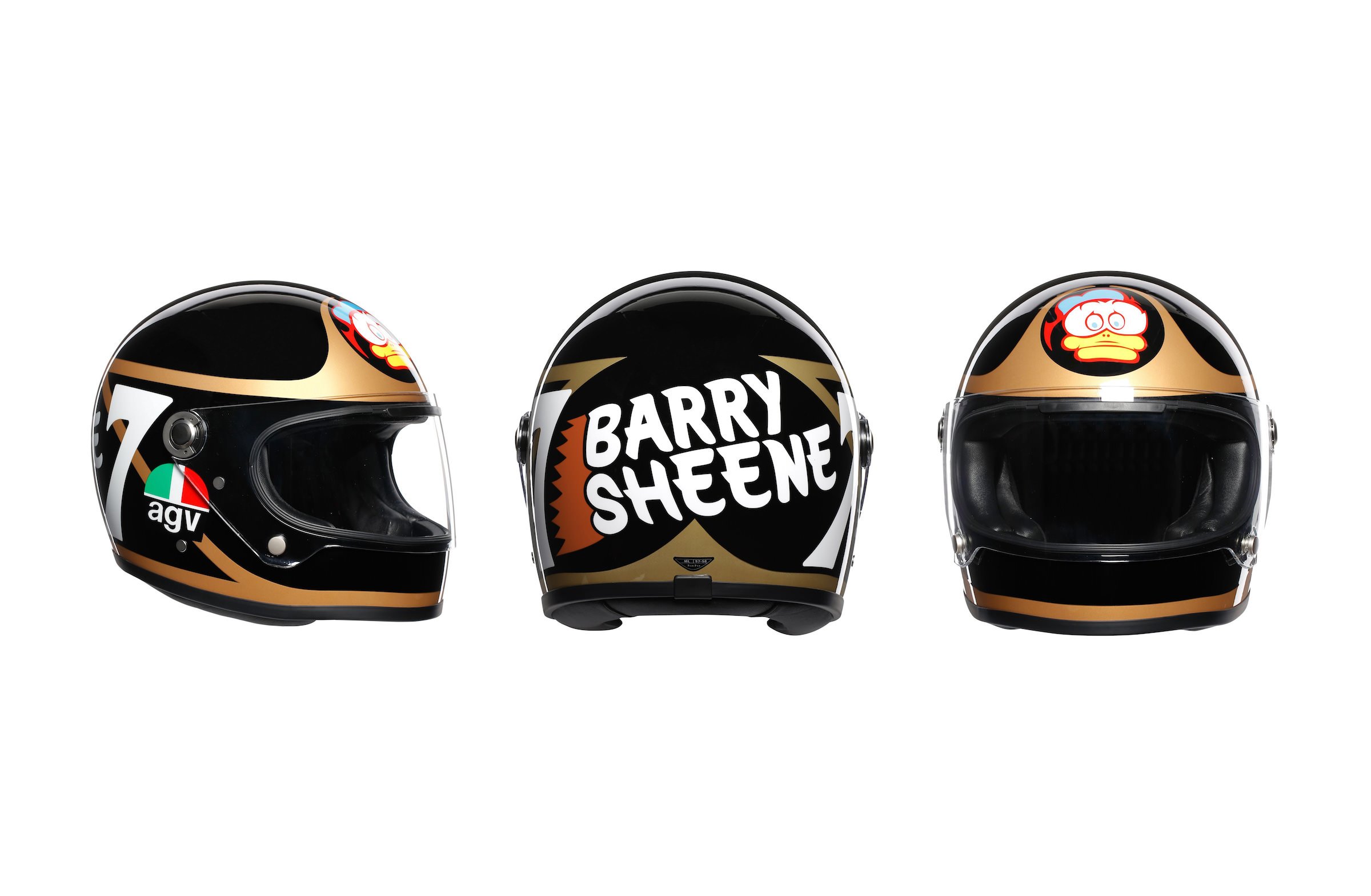