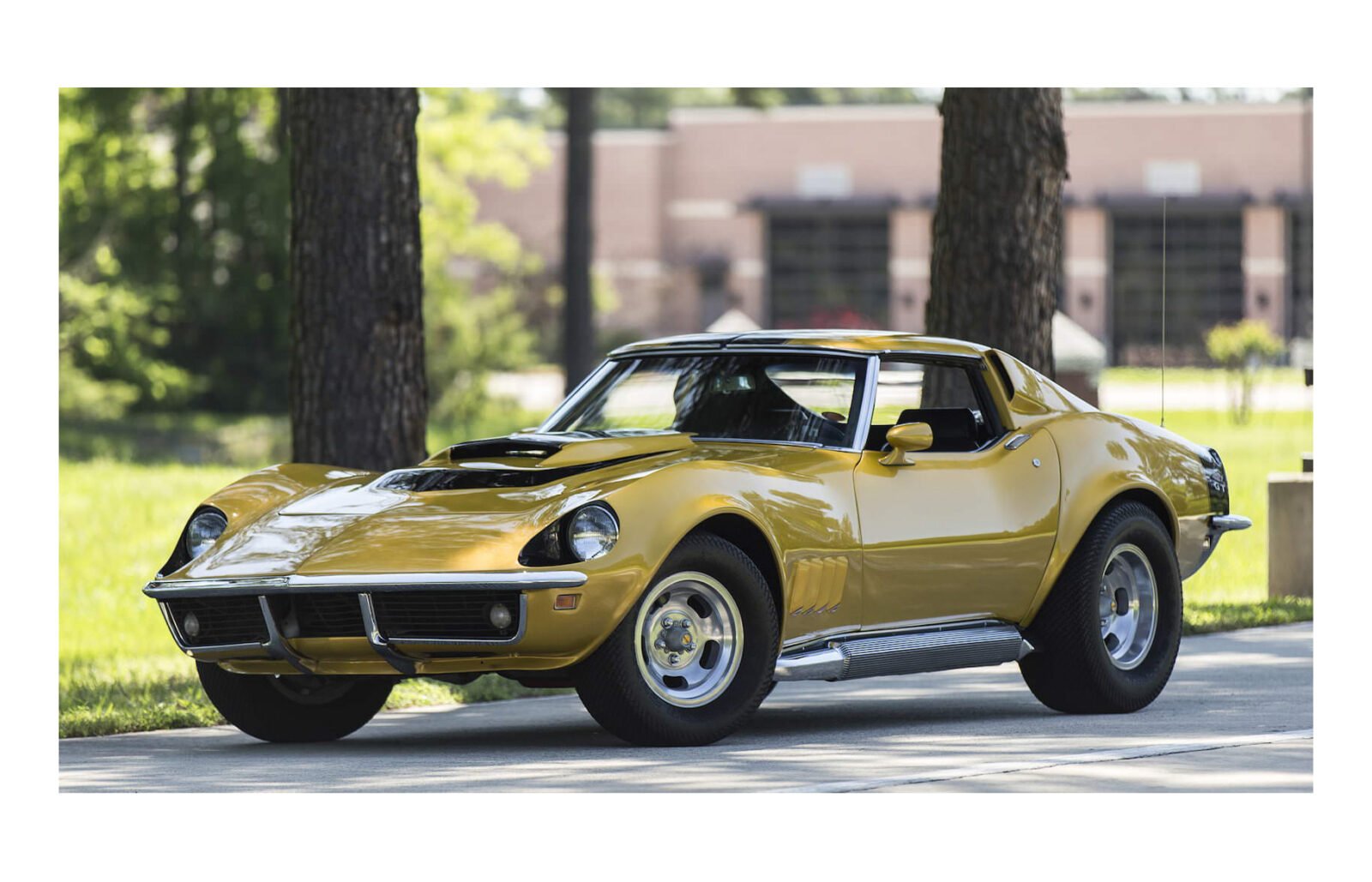 The Baldwin Motion Corvette is the result of a collaboration between Motion Performance and Baldwin Chevrolet on Long Island, they were only built between 1969 and 1971, before the US Justice Department shut them down.

The Feds used the Clean Air Act of 1970 to launch their case, The U.S. Government Against Motion Performance, but in reality the clean air reasoning was just an excuse – the government was cracking down on performance and tuning companies like Motion Performance for safety reasons.

Both emissions and vehicle safety had become major concerns due to work spearheaded by safety campaigners like Ralph Nader, resulting in cars like the Baldwin Motion Corvette becoming one of the final jewels from the twilight days of the American muscle car era.

Motion Performance was run by Joel Rosen as both a street car tuning house, and a racing team that would go on to set multiple AHRA and NHRA records with a succession of heavy modified Camaros and Corvettes.

The two most famous Motion Performance creations were almost certainly the Mako Shark Corvette replica and the Baldwin Motion Phase III GT Corvette – the former designed as a kit to convert a C3 Corvette into a close approximation of the original concept car, and the latter designed to be the fastest and most luxurious Corvette the world had ever seen. 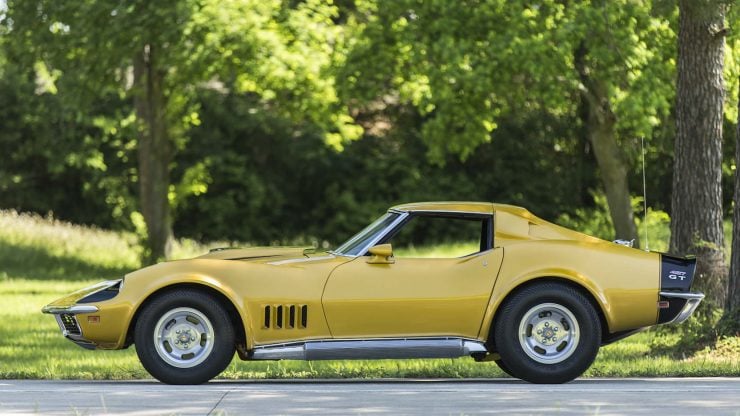 The Baldwin Motion Phase III GT Corvette is a close approximation of what the original team behind the Corvette might have built if it wasn’t for the pesky Chevrolet bean counters not allowing things like blueprinted 535 hp engines.

Each Baldwin Motion Corvette was slightly different, as they were built to customer specification. That said, most of the 10 that were made followed the same basic formula. A 427 cubic inch V8 with an Edelbrock intake manifold, a Holley carburetor, recessed headlights, a fully functional hood scoop, flared fenders, fastback rear glass, reversed side vents, a Motion traction bar, Motion slotted wheels, slit taillights, and notably larger rear tires than the factory vehicles.

These Mickey Thompson rear tires helped each Baldwin Motion Corvette meet its famous mid-11 second 1/4 mile time – a guarantee made by Motion Performance, so long as the car was being driven by an approved driver on a sanctioned drag strip.

Of the 10 that were built, only 3 are currently known to have survived. The fact that 70% of them have disappeared likely has something to do with the fact that not everyone is capable of safely driving a 535 hp car without parking it sideways through a telegraph pole.

The car you see here is one of the most famous, it’s still fitted with its original 427 V8, it’s Muncie M21 4-speed transmission, and it’s the only one that was built with Shelby-style side scoops on the B-pillars. Over the years it’s been featured in multiple magazines including Corvette Fever, Supercar Magazine, and Cars.

Under the hood you’ll find the 427 V8, fitted with an Edelbrock intake and Holley 4-barrel carburetor tuned to produce approximately 500 hp – to ensure it could hit a mid-11 second quarter mile with ease.

If you’d like to read more about this car or register to bid you can click here to visit the listing on Mecum. 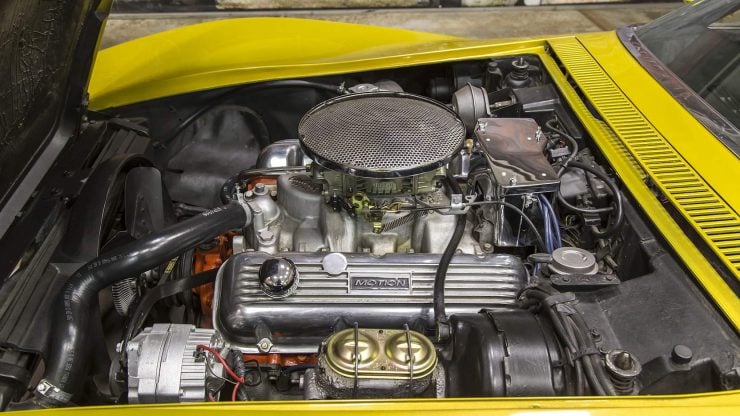 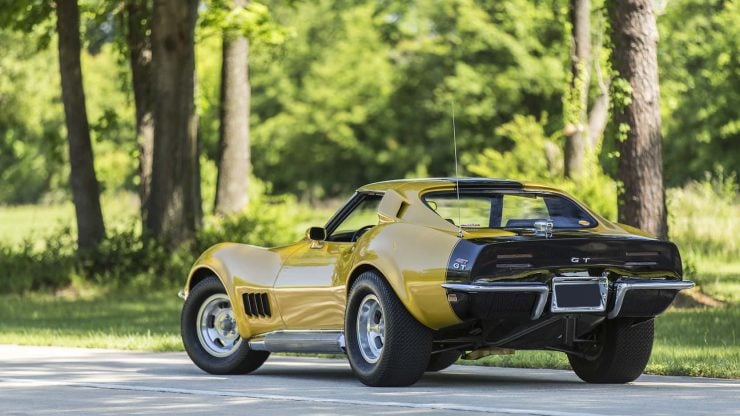 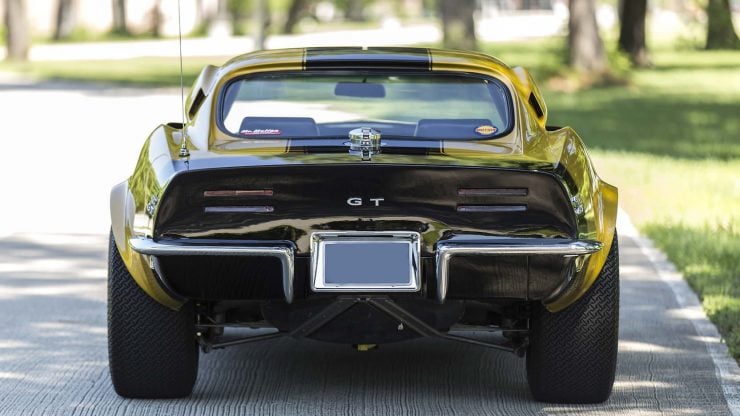 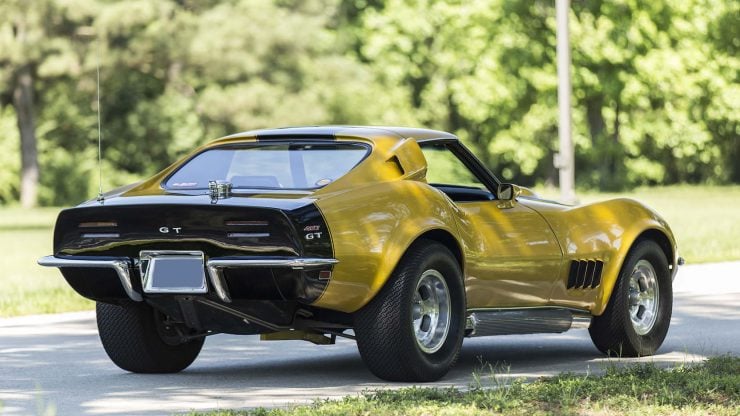 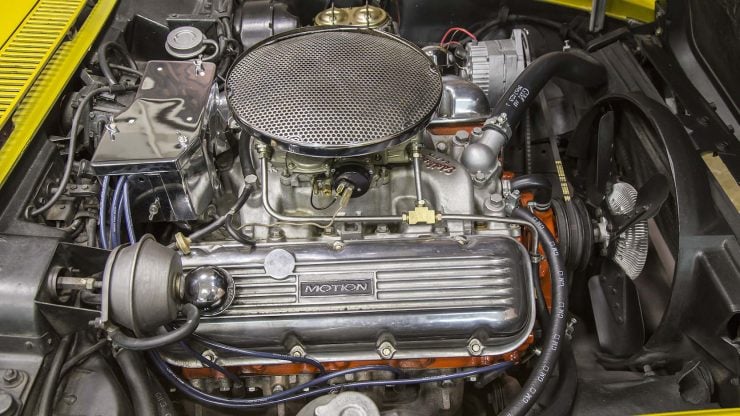 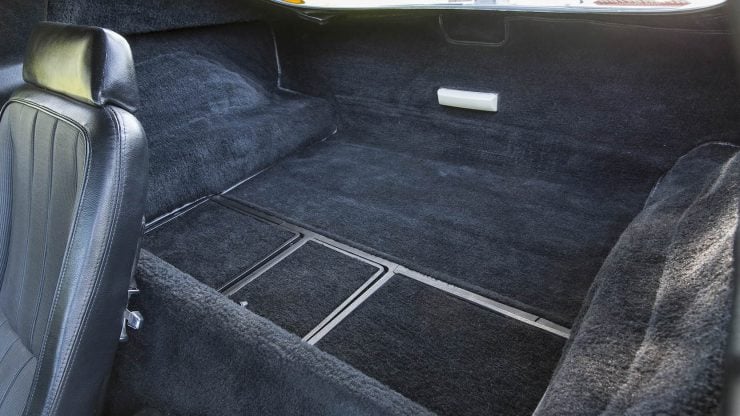 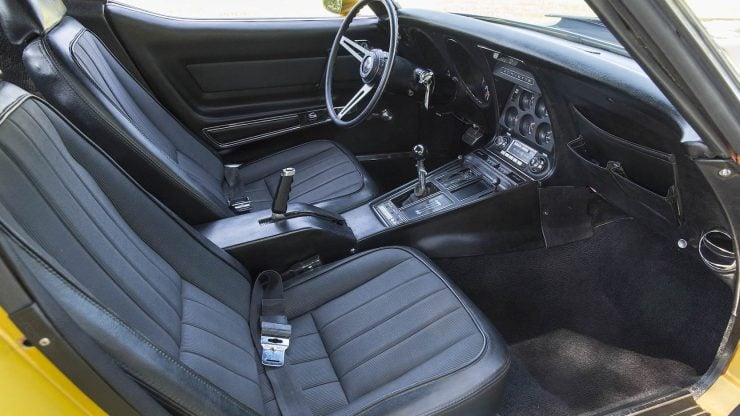 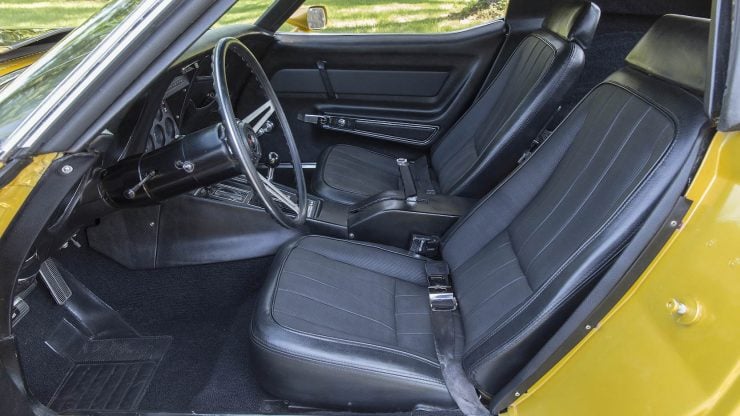 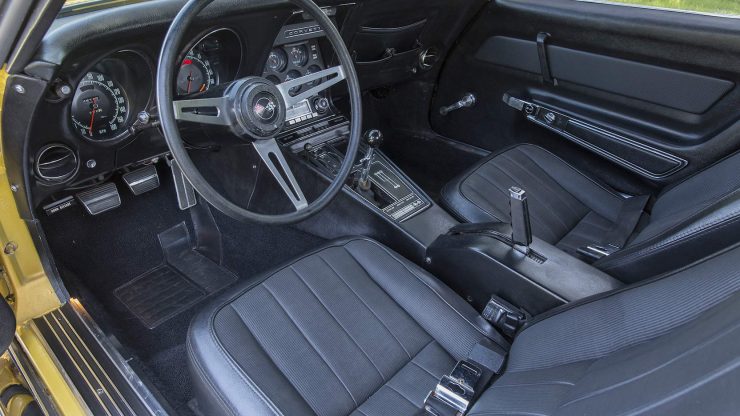 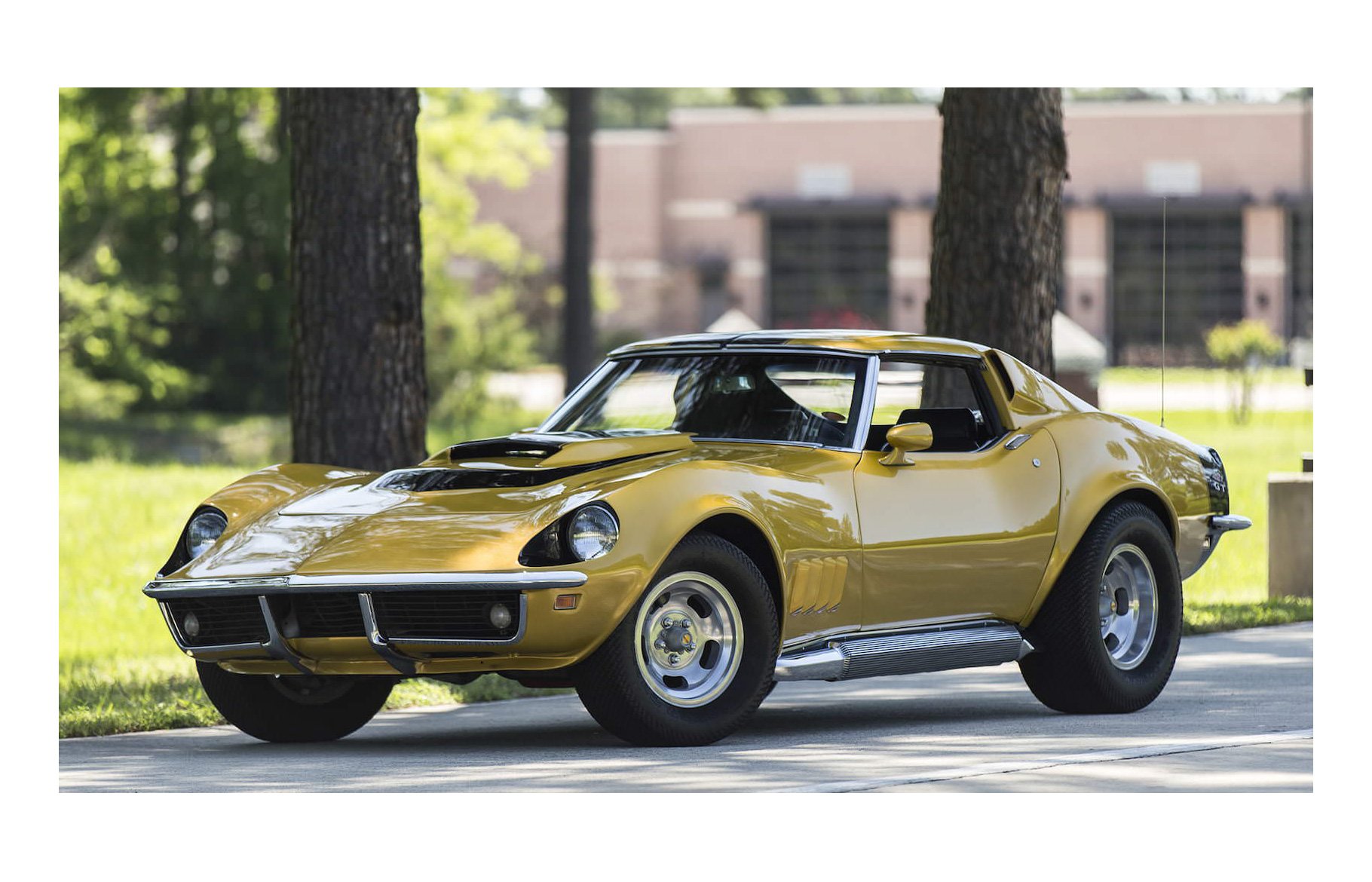