This is the Vic Elford 1969 edition of the Prototipo Chronograph by the watchmakers over at Autodromo. It was designed in collaboration with iconic racing driver Vic Elford to celebrate his legendary drive in the 1969 Targa Florio.

As with most timepieces from Autodromo, the Vic Elford 1969 Chronograph is a limited edition watch, just 350 will be made before the design is retired permanently.

The watch has a stainless steel case topped with a sapphire crystal, it’s water resistant to 50 meters (5 ATM) and it comes pre-fitted with a retro leather racing strap. 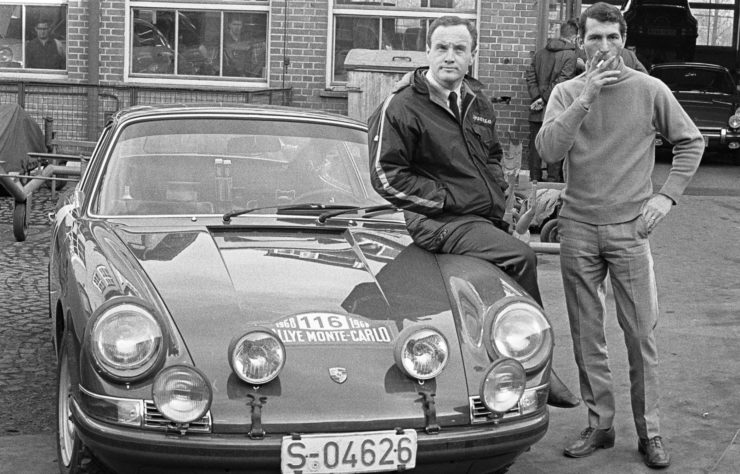 Vic Elford (far right) in 1968 standing next to the Porsche 911 that he would drive to victory in the Monte Carlo Rally.

This watch is powered by the reliable Seiko VK63 chronograph hybrid meca-quartz movement, meaning the watch is both exceedingly accurate and resistant to bumps and shocks.

Over the course of his incredible career the British racing driver Vic Elford – who was nicknamed “Quick Vic” by his fellow racing drivers – competed in Formula 1, Trans Am, Can Am, NASCAR, the Paris Dakar Rally, endurance racing, road racing, and rally.

Each watch comes in a special edition collectors box with a card that has been hand-signed by Vic Elford.

The full list of Elford’s wins is far too long to include here, suffice to say that when he passed away in March of 2022 at the age of 86 it was a blow to the motor racing community on both sides of the Atlantic.

At the time of writing Autodromo still have some examples of the Vic Elford 1969 Edition of the Prototipo Chronograph available, and you can click the button below to get yours. 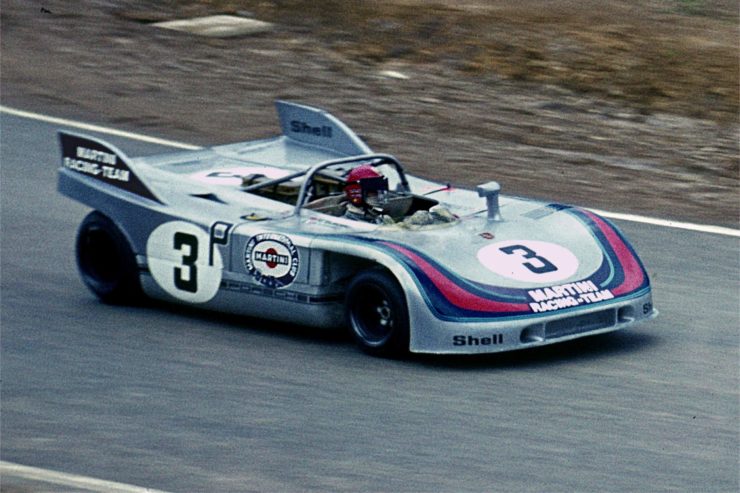 Vic Elford with Porsche 908/3 during practice for 1000 km race at Nürburgring. Image courtesy of Lothar Spurzem.