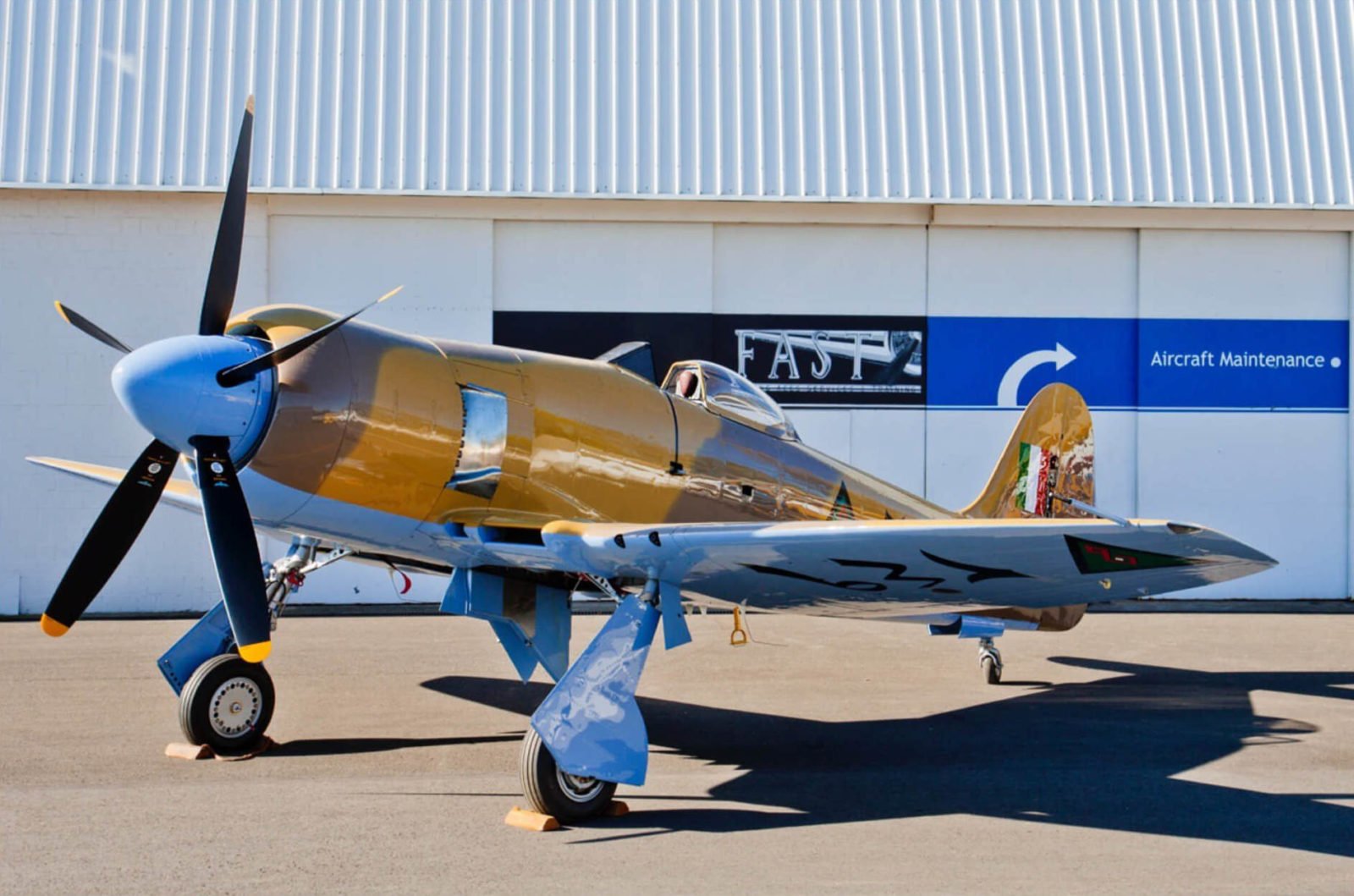 The Hawker Fury has the unusual distinction of being one of the only propeller-powered aircraft to shoot down a jet fighter in the years after WWII. A carrier-based Hawker Sea Fury shot down a Soviet-built jet fighter during the Korean War in August of 1952.

The Fury family of aircraft, consisting of the Hawker Fury and the navalised version named the Hawker Sea Fury, were among the fastest production single reciprocating engine aircraft ever built. In fact a number of them are still used today for air racing.

The Hawker Fury, and the navy version of the aircraft named the Hawker Sea Fury, were very nearly cancelled before they even had a chance to fly. 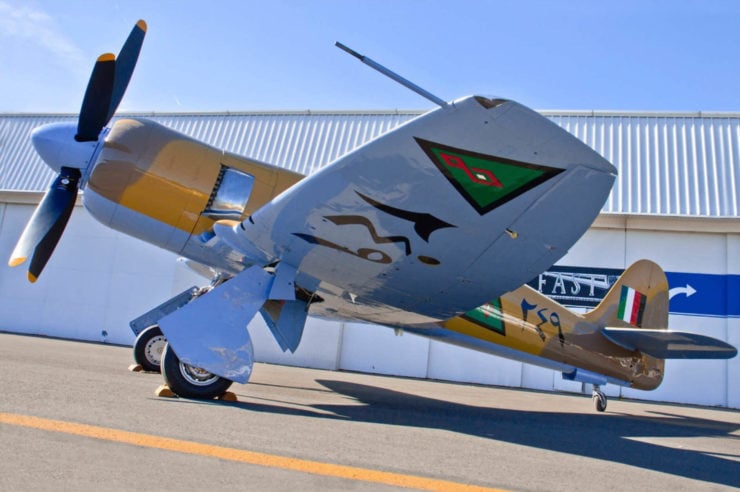 The Hawker Fury and the Hawker Sea Fury were among the fastest production single reciprocating engine aircraft ever built.

The Fury has a modified version of the wings and fuselage from the Hawker Tempest, it has aluminum alloy monocoque construction, and it was designed to be both exceptionally fast, and exceedingly maneuverable.

A number of engines were tested in the aircraft, most predominantly the Rolls-Royce Griffon engine and the Bristol Centaurus. The Bristol Centaurus would be used in the production aircraft, it was an 18 cylinder twin row radial engine with sleeve valves and a displacement of 3,272 cubic inches or 53.6 liters.

Depending on the version, the Centaurus could produce well over 3,000 hp. It was introduced into service late in WWII, becoming one of the most powerful aircraft piston engines used in the conflict. 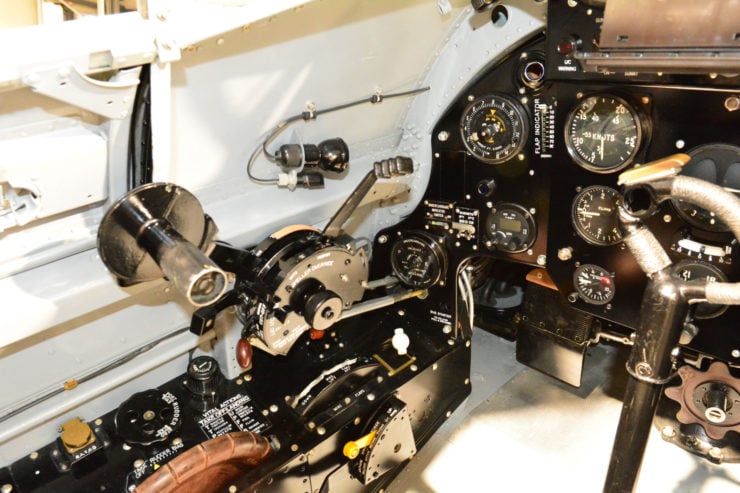 The beautifully restored Fury is now airworthy and ready to fly in the hands of its new owner.

There can be little doubt that the Fury would have bested anything being flown by the Luftwaffe or Imperial Japanese Army Air Service during the Second World War – but the war ended before any of these dogfights could occur.

Through the course of the 1945 to 1955 production run over 860 examples of the Hawker Fury (and Sea Fury) were built. The aircraft serviced in the British Royal Air Force and the Royal Navy, a number of other countries bought and used them as well including Australia, Canada, Burma, Cuba, Iraq, Netherlands, and Pakistan.

A number of Furies saw combat during the Korean War including one that famously shot down a Soviet-built jet fighter in 1952, as mentioned above. Almost a decade later some other Furies were involved in the Bay of Pigs invasion, fighting on the Cuban side.

A few dozen examples of the Hawker Fury and Sea Fury are believed to still be airworthy today, they typically belong to museums or to wealthy individuals who use them for fun, display, or for air racing. 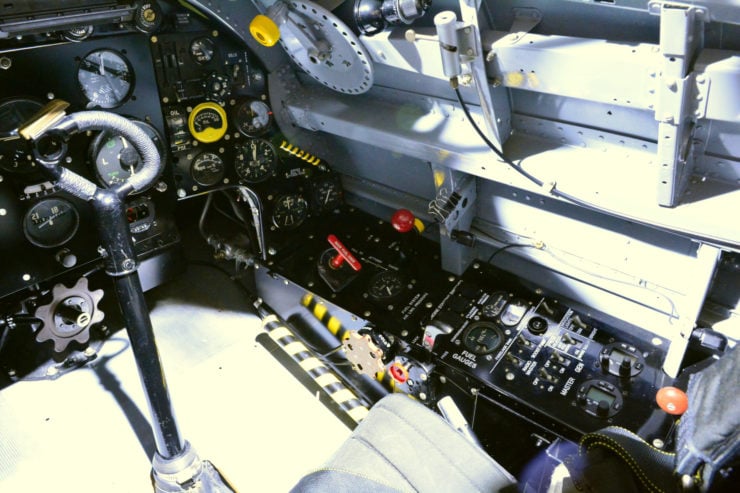 Fury combat pilots had a range of munitions to choose from, from the four wing-mounted 20mm Hispano Mk V cannon to more exotic weapons like three inch rockets and up to 2,000 lbs (910 kgs) of bombs.

The Hawker Fury you see here is an unusual ISS (Iraqi Single Seater) version, it was built to order for the Iraqi Air Force who ordered dozens of the aircraft – some of which took part in the 1948 Arab-Israeli War.

In 1979 after the aircraft has been retired and replaced with jets, American aircraft collectors Ed Jurist and David Tallichet purchased 24 ISS Hawker Furies from the Iraqi government and shipped them to Orlando, Florida.

This aircraft is now one of just four surviving Hawker Furies that still flies with the original Bristol Centaurus engine, and it’s the only ISS Fury currently flying in its original Iraqi Air Force markings.

This Fury is currently for sale out of Belgium with an asking price of €1,945,000, which works out to approximately $2,100,000 USD. If you’d like to read more about it or register to bid you can click here to visit the listing.

Above Film: This short clip shows a Hawker Fury being started, taxiing, and taking off. It’s worth watching just to hear the sound of the Bristol Centaurus 18 cylinder twin-row radial engine. 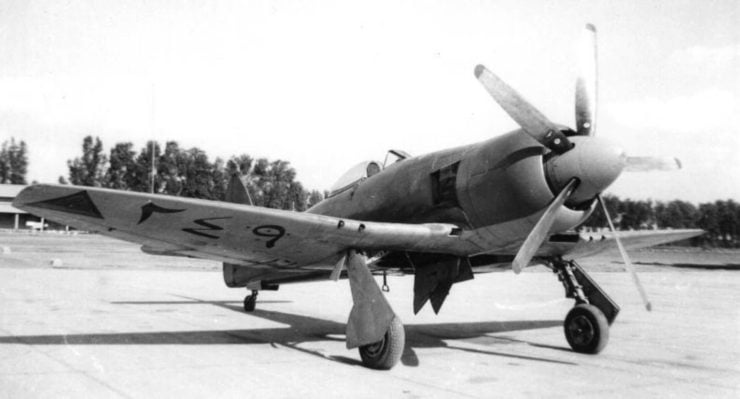 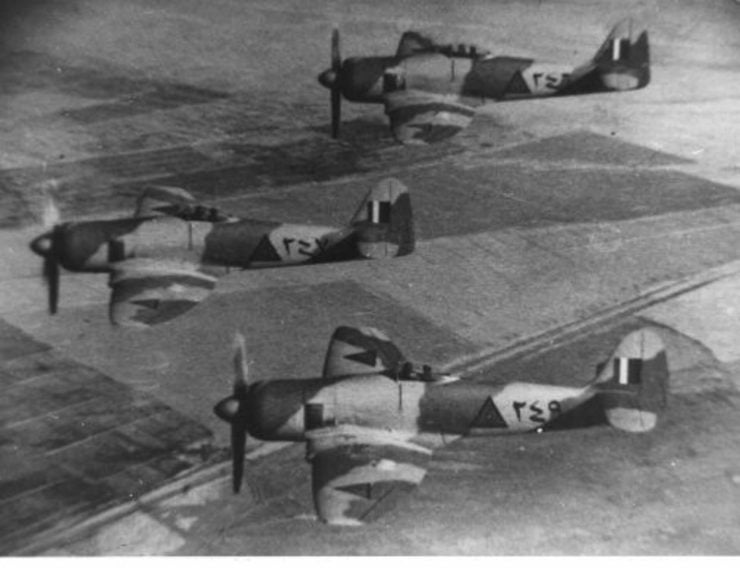 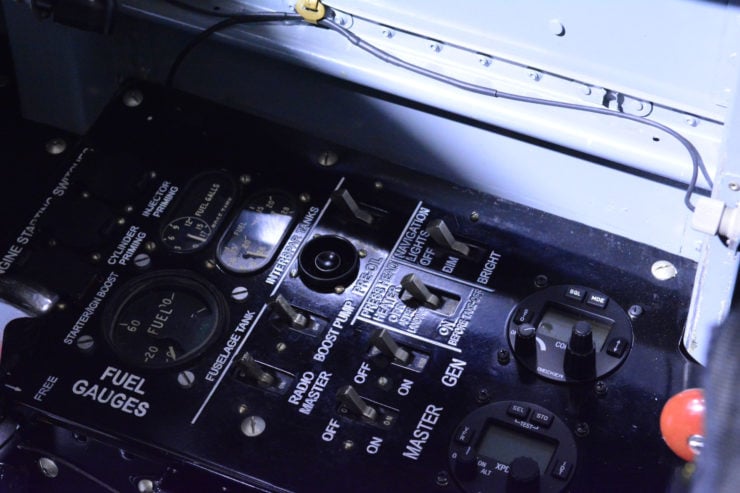 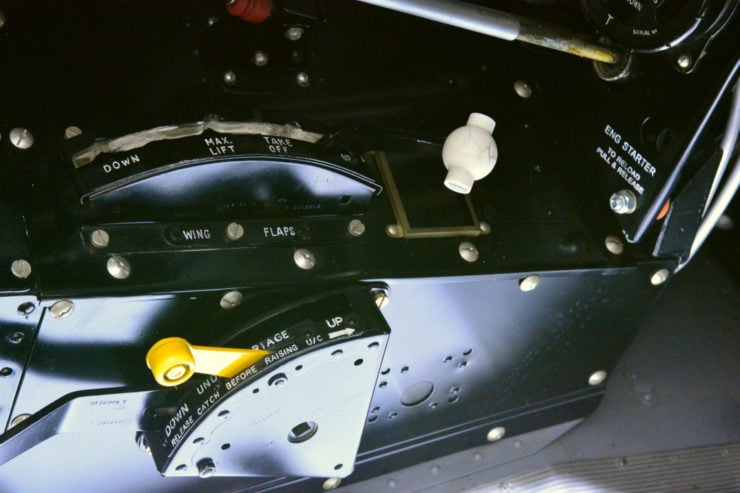 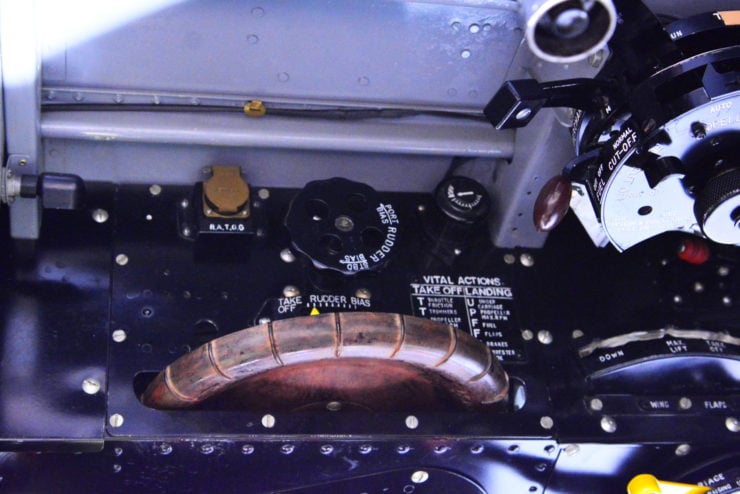 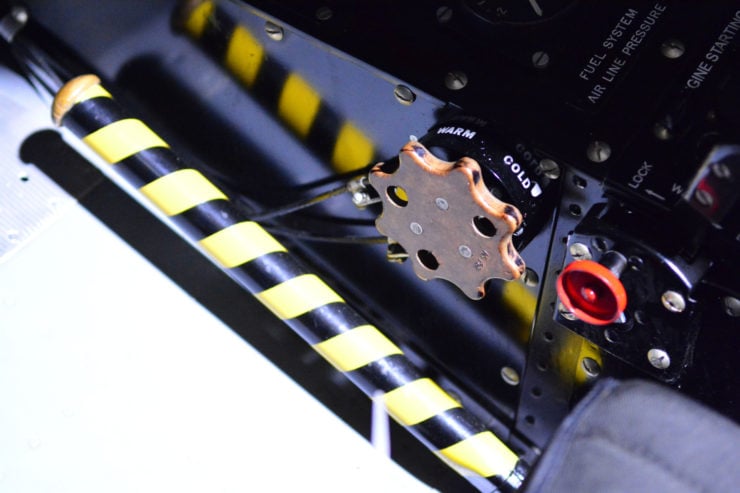 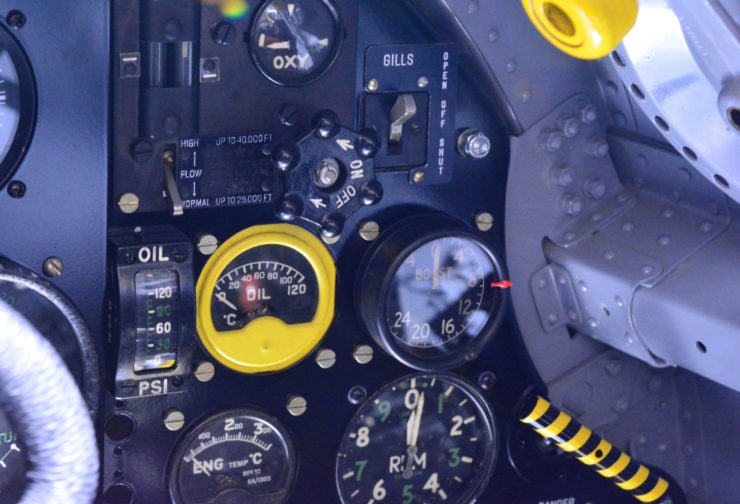 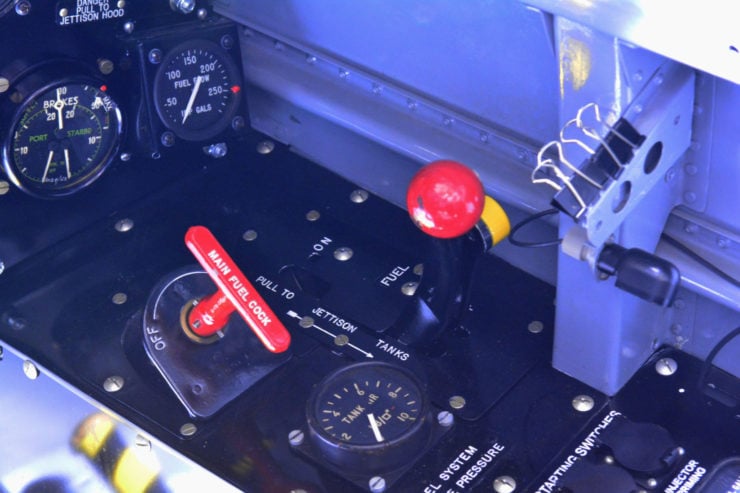 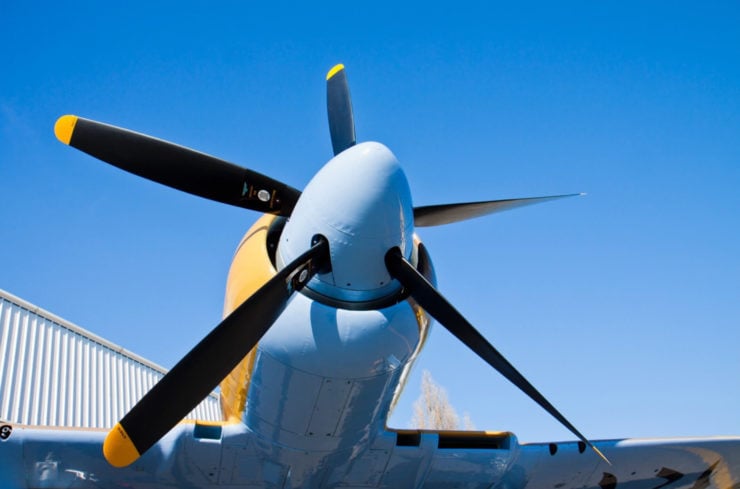 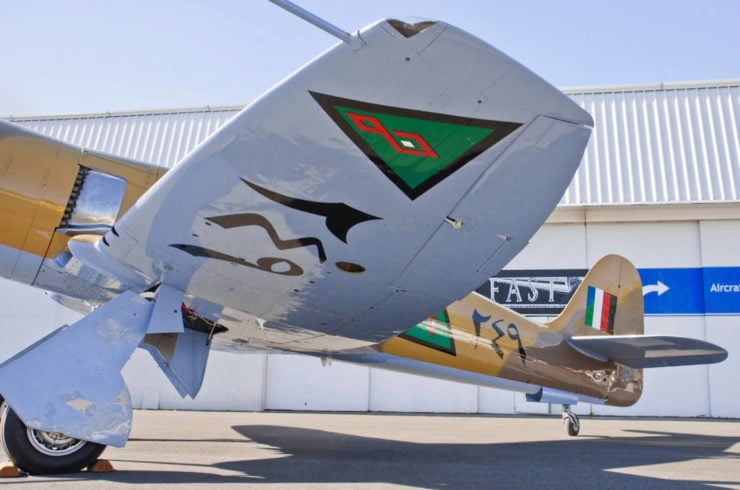